Women’s Gold Medalists to be crowned on Tuesday

The world’s best women surfers have arrived at the final day of competition at the 2019 ISA World Surfing Games presented by Vans, set to contest the Gold Medals and Olympic qualification on Tuesday in Miyazaki, Japan. 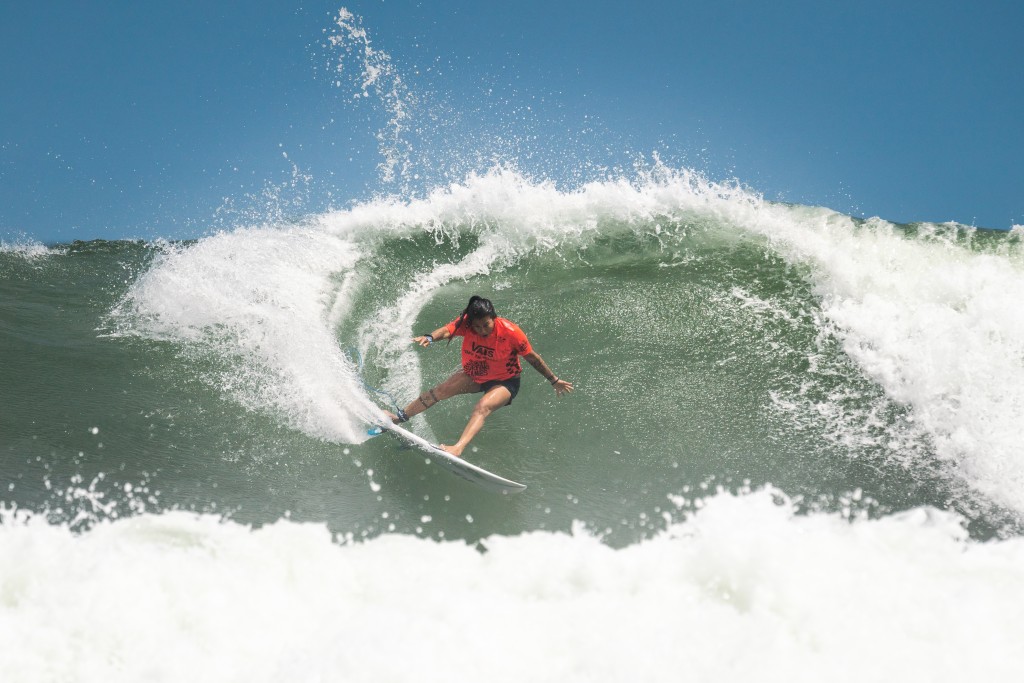 Peru’s Sofia Mulanovich, Brazil’s Tatiana Weston-Webb and Silvana Lima, and South Africa’s Bianca Buitendag have all remained unbeaten in the event and entered the Main Event Final, one heat away from the Grand Final medal round.

Three rounds of single-elimination Repechage Rounds remain, where two surfers will prevail to face off with the top two placing surfers of the Main Event Final for medals.

Monday’s competition saw all four continental Olympic qualification slots determined, as the event will award Tokyo 2020 entry to the top eligible man and woman from Africa, Asia, Europe, and Oceania.

South Africa, Japan, Israel and New Zealand have each provisionally secured a woman’s spot in Tokyo 2020.

As the last remaining surfer from Africa, Bianca Buitendag has claimed a Tokyo 2020 qualification slot for her nation of South Africa.

Japan’s Shino Matsuda fell in Repechage Round 7 on Monday, however, as the highest finishing surfer from Asia, Matsuda earned a continental qualification slot for Japan.

New Zealand’s Ella Williams also bowed out of the event in the Repechage Rounds, but as the highest finishing surfer from Oceania, she secured a spot for her nation for Tokyo 2020.

After Spain and Netherlands lost their last remaining surfers in Repechage Round 7, Israel’s Anat Lelior became the last European in the event (Israel is considered part of Europe, according to International Olympic Committee protocol), assuring her nation representation at Tokyo 2020. 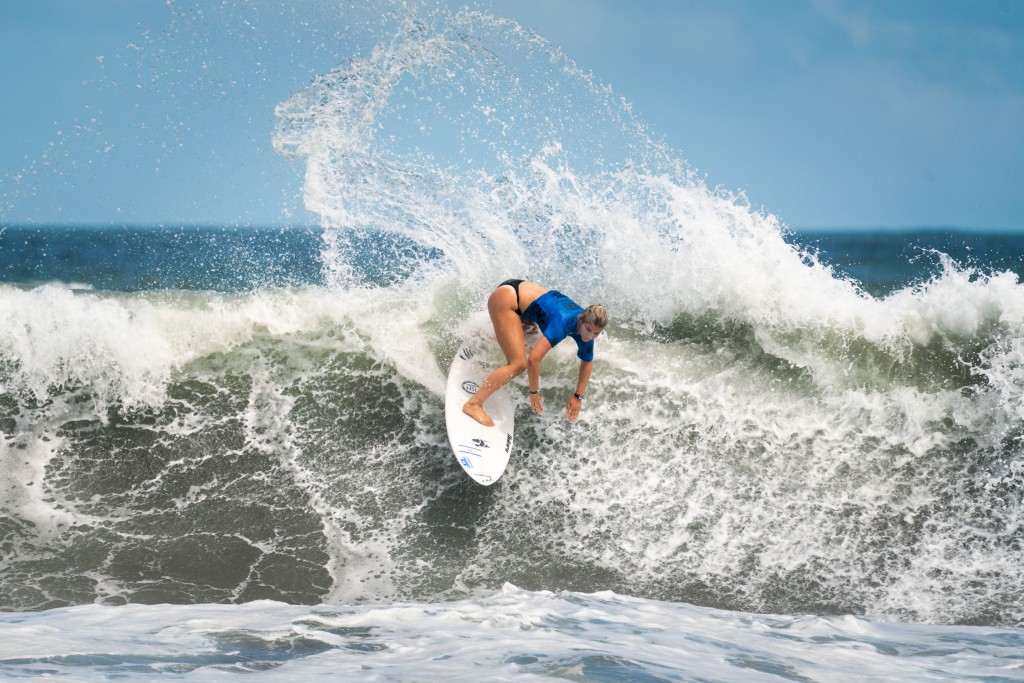 Given that the 2020 ISA World Surfing Games (WSG) take priority over the 2019 edition in the Olympic Qualification hierarchy, each continental spot will not be confirmed until the qualification process wraps up at the end of May 2020.

With the limit of two athletes per nation at Tokyo 2020, the only scenario in which Buitendag, Matsuda, Williams, and Lelior would not qualify is if two compatriots of the same gender qualify ahead of them at the 2020 World Surfing Games.

The third day of competition opened up with new typhoon swell gracing the shores of Kisakihama Beach, creating windows of great conditions with open faces and even barrels. (Caption should include name of surfer – Anat?)

USA’s Carissa Moore and Courtney Conlogue bounced back strong after falling to Repechage earlier in the event.

Moore and Conlogue advanced to Repechage Round 8, a two-heat round that features top star talent in the sport such as Australia’s Stephanie Gilmore, Sally Fitzgibbons, and Nikki Van Dijk, USA’s Caroline Marks, and Costa Rica’s Brisa Hennessy. 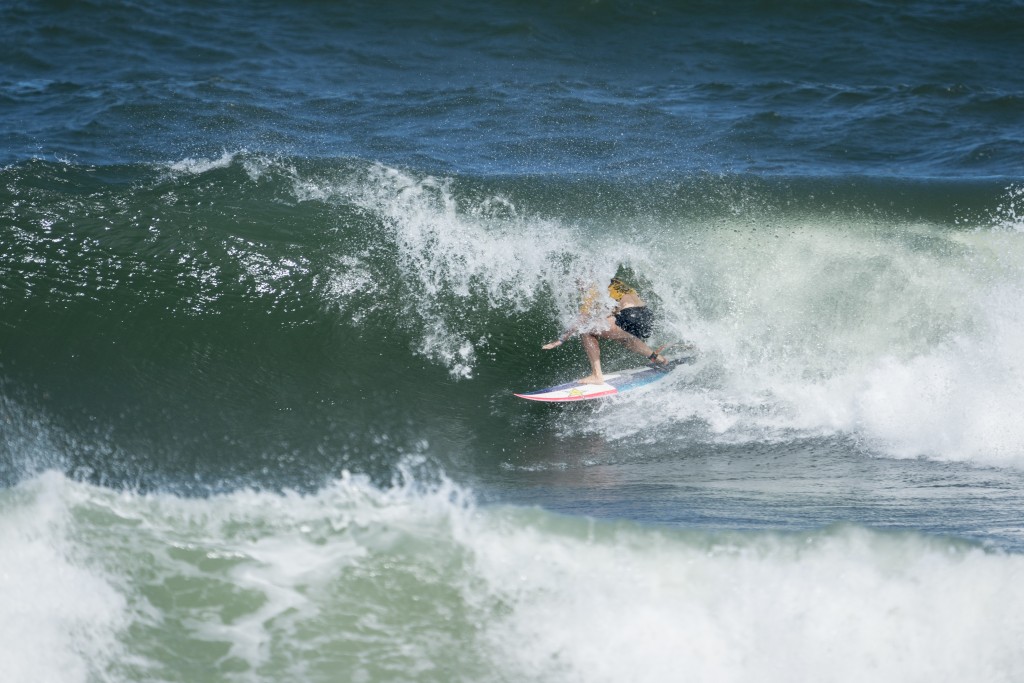 Australia’s Gilmore spoke about the excitement around competing in a team event.

“It’s a nice feeling to be part of that team vibe,” said Gilmore. “There is that camaraderie between everyone and we are supporting each other.

“It’s about working as a team instead of surfing for yourself. Sometimes it feels like more pressure, but it’s a nice feeling.

“I’ve never surfed in the ISA World Surfing Games, only the Junior Champs, so it’s a great taste of what the Olympics will be like.”

Thailand’s Annissa Tita Flynn made her country proud by taking first place in a Repechage Round on Sunday, but her participation came to an end on day 3.

As the only woman participant among the first-time competing nations (Thailand, Sri Lanka, American Samoa, and Lebanon), Flynn’s performance exemplifies the growth of women’s surfing around the world, particularly in non-traditional surfing nations.

“It’s the first time that Thailand has ever come to the ISA Games, so I am really happy that I get to represent my country,” said Flynn.

“I hope that my participation can let people in Thailand know that surfing really exists in the country. Most Thai people still don’t know that you can surf there, so I would like to share that joy with others.

“Seeing the world’s best has given me inspiration to improve my surfing. I can use what I’ve seen from them when I go back home.

“Surfing is just starting out in Thailand, but I hope it keeps getting bigger and bigger. If I get back and there are two or three more girls that start to surf with me that would be an amazing accomplishment.” 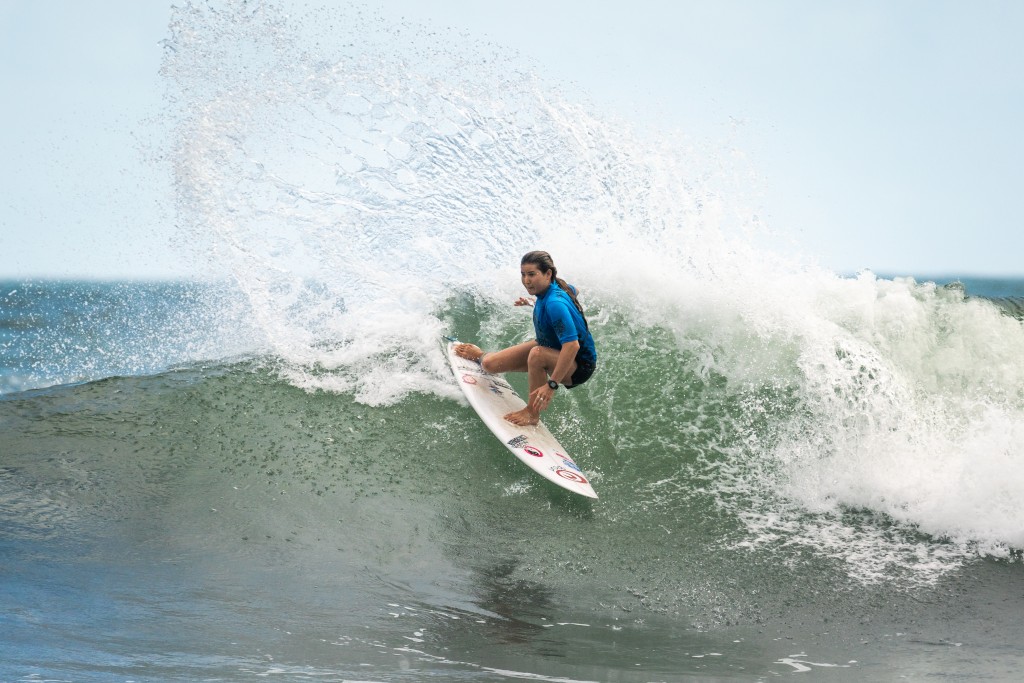 “Today was a marathon of Repechage Rounds, as the world’s best women gave it their all in the water to remain in the running for Gold Medals.

“It is incredible to see the Olympic qualification process coming to fruition. We have given surfers from all continents of the globe a chance surf on the greatest sporting stage, so it is amazing to see those dreams coming true here in Miyazaki.

“The stage is set for a thrilling sprint to the finish for the women and the opening of the competition for the men.”