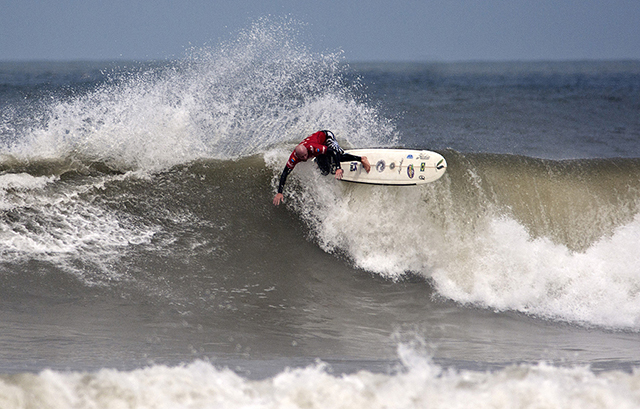 Amazing surfing continued during Day 2 of the ISA World Longboard Championship in Peru. Surf conditions improved at the historic Huanchacho pointbreak, as the swell became more manageable and organized in the 3-5 foot range. The world’s best longboarders took advantage of the improved conditions and put on an amazing display of traditional and high-performance longboarding.

“Peru keeps delivering the great surf it’s famous for,” remarked ISA President Fernando Aguerre, “and Huanchaco keeps delivering its famous long lefts. The camaraderie between all the National Teams on the beach has created a great vibe amongst the surfing tribe. Stay with us, and if you are not watching the live webcast, you are missing out.”

Day 2 featured Qualifying Round 2 for Open Men, Open Women, Junior Under-18, and Round 1 of the Open Men’s Repechage. This is a do-or-die round; if a surfer gets 3rd or 4th place, he or she is out of the contest.

In the second Qualifying heat of the morning, when conditions were glassy and near perfect, Hawaii’s Ned Snow, put on a display of power and flow, delivering the competition’s highest total heat score of 17.27. Snow defeated Edouard Delpero (FRA, 13.27), Ian Bell (AUS, 9.13), and Anthony McColl (NZL, 8.67), sending Bell and McColll to the Repechage round. 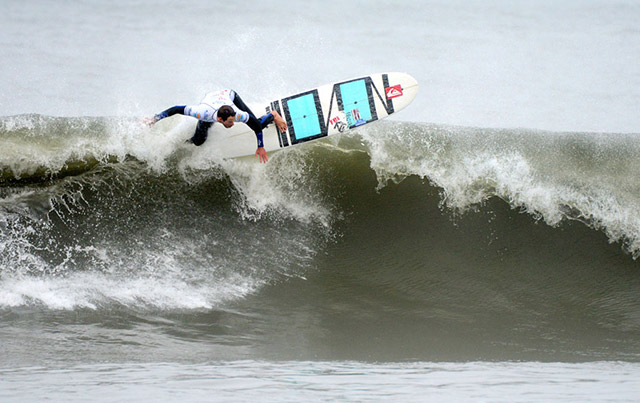 “Today was way smoother,” said the victorious Hawaiian. “This morning the waves were all clean, it was high tide, so you don’t have to worry about racing down the line, and you can just flow with the wave. It was so fine; Huanchaco is a great wave.”

Snow continued, “We don’t have waves this long in Hawaii; this is the longest wave that I have ever surfed in my life, to be honest. Normally back at home you can get maybe like 3-4 turns, but this one you can link 6 or 7 turns. It’s really fun.”

Other standouts in the Open Men’s were Great Britain’s Ben Skinner, France’s Antoine Delpero, and South Africa’s Thomas King, all advancing in 1st place in their respective heats into Qualifying Round 3.

A big upset of the day was the defending champion, Toni Silvagni (USA), who placed 4th, forcing him into the do-or-die Repechage round.

Up next were the Open Women’s Qualifying. The standout of the division was South Africa’s Simone Robb, who gracefully rode the long waves of Huanchaco earning the highest Women’s heat score of the day 13.33, defeating Justine Dupont (FRA, 12.07), Karen Mendiguetti (PER, 10.84) and Rachael Tilly (USA, 8.50). 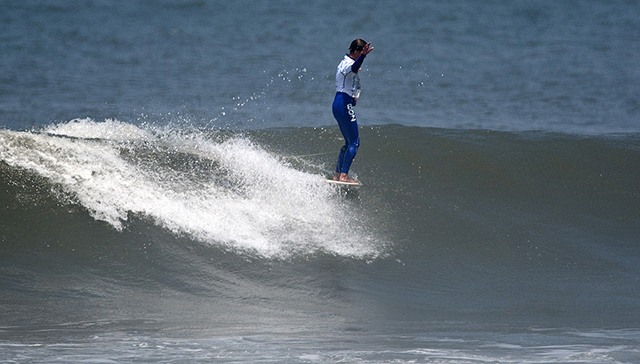 “The conditions are very different to what they were yesterday, and it’s a lot more contestable,” said Robb. “It’s still quite tough because of the strong rip, plus my leash broke, which made it difficult. But in the end, it was pretty fun out there; the competition is good and this place rocks!”

To finish the competition for the day, the first heats of Open Men’s Repechage hit the water, where the first surfers of the competition were eliminated. Surviving through this round in dominant form was the Italian surfer Alessandro De Martini who earned 11.2, defeating Guaili Ramirez (PUR, 8.9) and sending home Yuki Nakaya (JPN,7.16).

“Today was a great day,” said the Italian, “and everyone surfed so well. Huanchaco is a beautiful place and I recommend it to everyone. Today, we had sun and the water is warmer, and we had a wonderful time.” 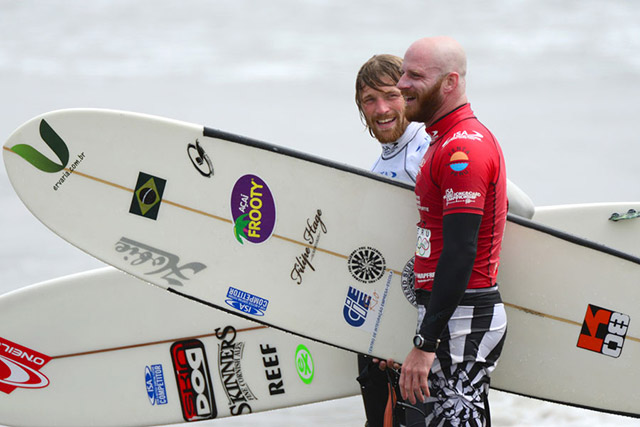 The 2013 ISA World Longboard Championship resumes Wednesday at 7:40am with The Morning Show.