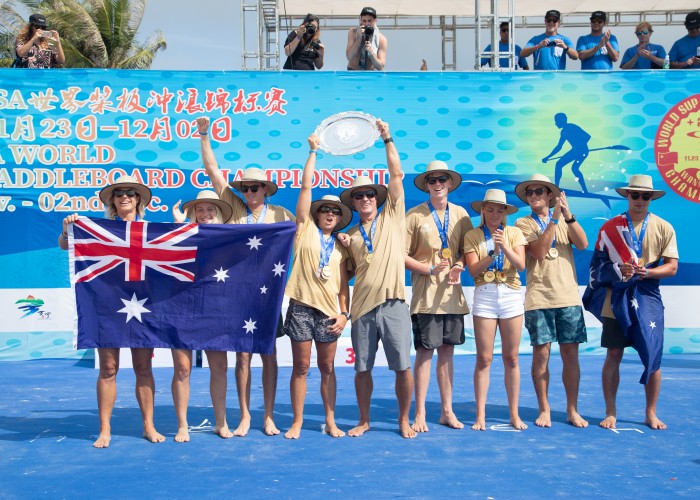 The inaugural nudie Australia Adaptive Surfing Titles have been run and won in fun waves at Cabarita on the far north coast of New South Wales. Newcomer Dale Taylor (NSW) stormed the field to take out the final in the AS1 division, posting a total… Read More »

Behind nearly all of Australia’s best surfing talent there is or has been a mentor, confidant or more commonly, a coach. Recognising their importance, Surfing Australia has selected 15 of the best Australian surf coaches to take part in their new Elite Coach Development Program… Read More »

Wave Park Group has announced plans for a surf park in Sydney. Developers of the project say it will bring an authentic surfing experience to an urban setting and also work as a pressure-valve to relieve crowded Sydney lineups. Last month the group hit the… Read More »

The 2016 Subway® Surf Series will come to an exciting conclusion at Cronulla this weekend, following a successful schedule of seven World Surf League (WSL) Junior Qualifying Series (JQS) events that covered all corners of Australia. Surfers from Australia, Brazil and New Zealand will duke… Read More »

A predicted spike in swell will greet competitors taking part in event four of Volcom’s Totally Crustaceous Tour (TCT) this Saturday at Duranbah. This will be the fourth and final qualification event before the series climaxes at Narrabeen (NSW) for the national final in May…. Read More »

For many years in Australia there has been surfers that have had to overcome some sort of disability to be able to get back into the ocean and surf. These surfers have proven themselves to be resilient and creative by adapting their own techniques and… Read More »

Save The Waves Coalition, a global nonprofit organization dedicated to protecting and preserving the coastal environment, is happy to announce that on the morning of March 8th the Gold Coast from Burleigh to Snapper was officially dedicated as a World Surfing Reserve (WSR). The Gold… Read More »

On March 8th, on the eve of the Roxy/Quiksilver Pro, the Gold Coast from Burleigh to Snapper will receive official dedication as the eighth World Surfing Reserve by Save The Waves Coalition. A public ceremony will be held at Point Danger Park where Premier of… Read More »