Team USA moved into pole position on the penultimate day of competition at the 2018 ISA World Longboard Surfing Championship. Despite losing Kevin Skvarna and Tony Silvagni to the Repechage Rounds, both surfers were able to regain their composure and advance in the competition, making USA the last team to have all four competitors remaining in the event. 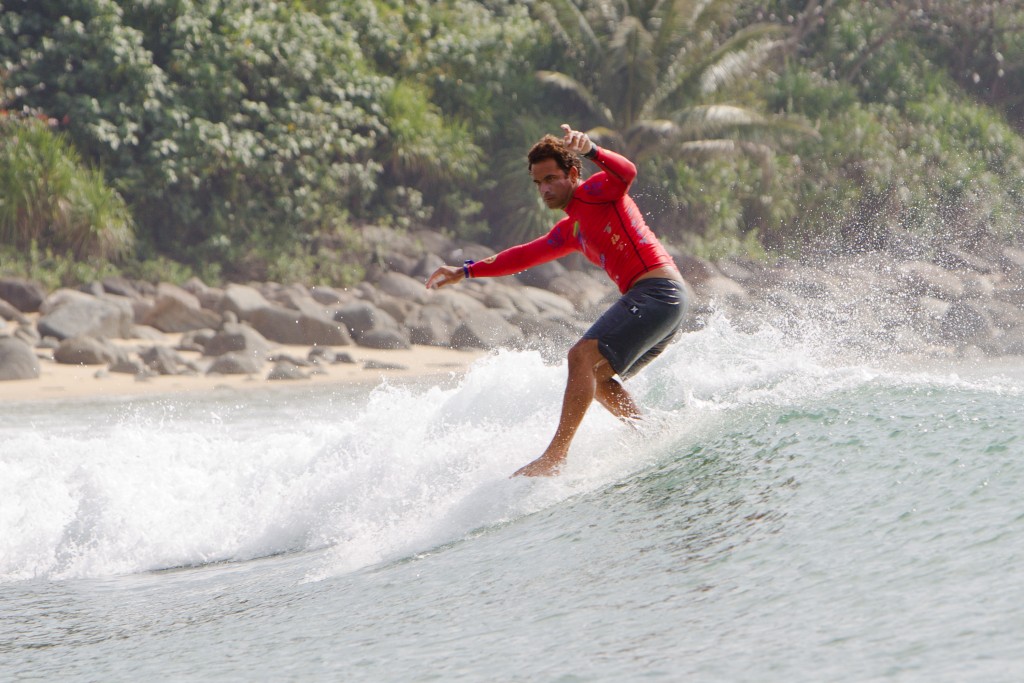 “Our team is going really well,” said member of Team USA, Tory Gilkerson, who has qualified for the Women’s Main Event Final. “We all know each other on the team and have travelled together a lot, so our camaraderie will be key heading into the final day.”

Trailing Team USA by 410 potential points is Team Australia, who lost a step on USA after Declan Wyton’s elimination from the event. Team England currently sits in third position and Team Hawaii, even with only having fielded three of a possible four competitors in the event, currently holds the Copper Medal position.

Putting on a particularly impressive performance this week has been England’s Ben Howey, who has continued to surprise some of the world’s best longboarders and make the Main Event Final.

“I can’t believe that I’ve advanced to the Main Event Final,” said Ben Howey of Team England. “My goal coming into the event was only to not get knocked out in the first round.

“In England, we know that we have surfing talent and to be able to get to prove this on the world stage is amazing. Teamwork has been everything for us. The communication during heats, the support on the beach, and all the kind messages from back home fill me full of fire to win. Being on the teams podium would be the best thing ever. We’ve all contributed to those points.”

The penultimate day of competition at Riyue Bay kicked off with a building swell in the knee to waist high range. The world’s best longboarders dropped a flurry of scores in the excellent range, demonstrating the high level of talent present at the event. 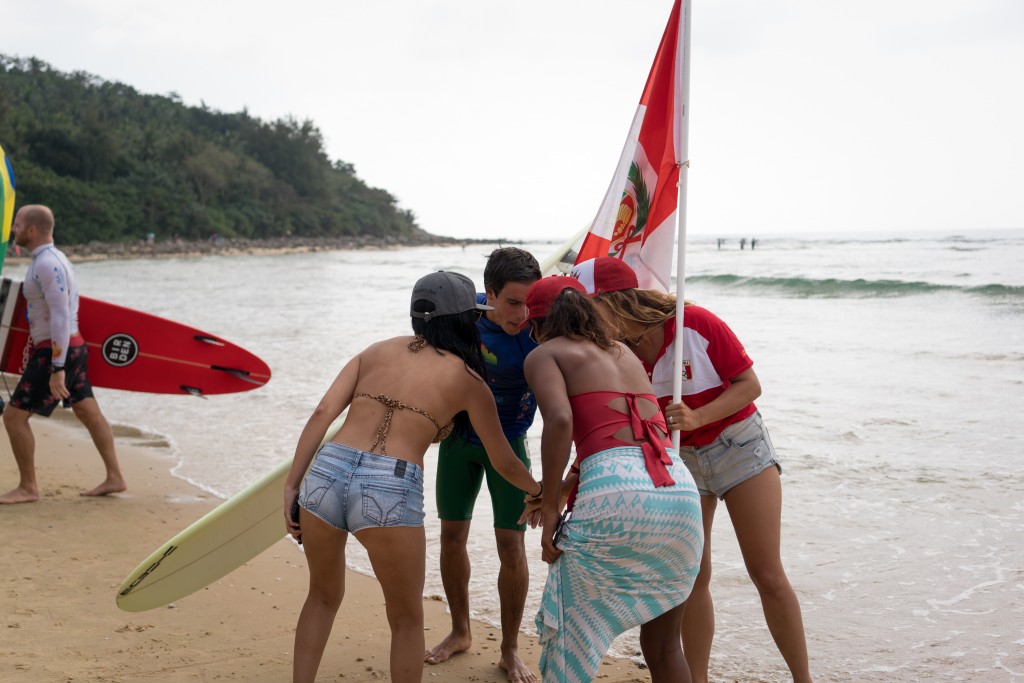 Currently in fifth position, Team Peru will look to make a run at the podium on the final day of competition. Photo: ISA / Sean Evans

Between eighteen wave scores reaching the excellent 8+ point range during Wednesday’s competition, Hawaii’s Kai Sallas shined through with the highest scored wave of with 9.67. Sallas’ dominant performance was necessary to keep Team Hawaii in the team points race, given that they are at a disadvantage with only three of a maximum four surfers in the event. Hawaii’s Honolua Blomfield and Kelis Kaleopaa both complemented Sallas’ top performance and advanced through the day as well, keeping Hawaii’s hopes of a podium finish alive. 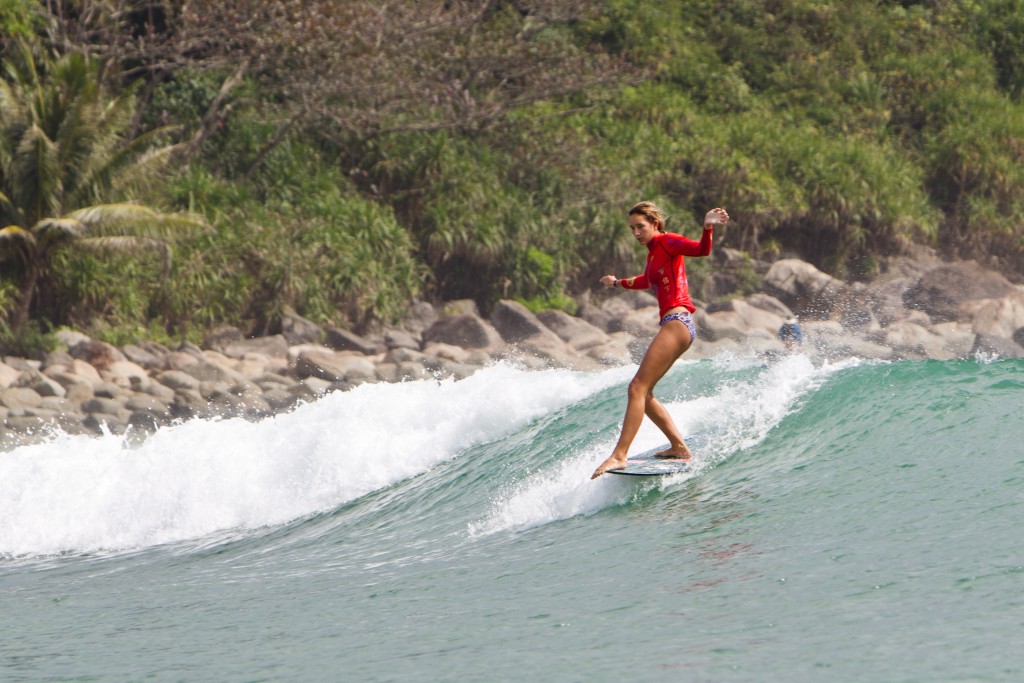 Hawaii’s Honolua Blomfield has tasted ISA Gold before when she won the Junior Gold in 2013 and will look to take that experience into the Finals on Thursday. Photo: ISA / Tim Hain

A key moment for Team USA occurred during the Men’s Repehcage Round 5. USA’s Tony Silvagni did not have the necessary score to advance, however, Peru’s Lucas Garrido committed a costly mistake while paddling back out to the lineup and interfered with Australia’s William Crowe, resulting in his second highest score being halved. The error allowed Silvagni to advance through and keep USA’s position atop the leaderboard.

In the Women’s Repechage Round 3 China’s Guo Shujuan bowed out of the competition, ending her historic run in the event. Earlier in the week, Shujuan became the first Chinese competitor to ever win a heat in a major ISA event.

“I’ve learned so much from this competition,” said Shujuan. “I’ve been paying attention to the skills, maneuvers, and techniques of the world’s best longboarders.

“I am really just happy to have made it this far in the World Championship. I still can’t believe it. I think in the future we will see more Chinese, specifically Chinese girls, progress in the sport and competing at the highest level after what our team achieved as a whole this week.” 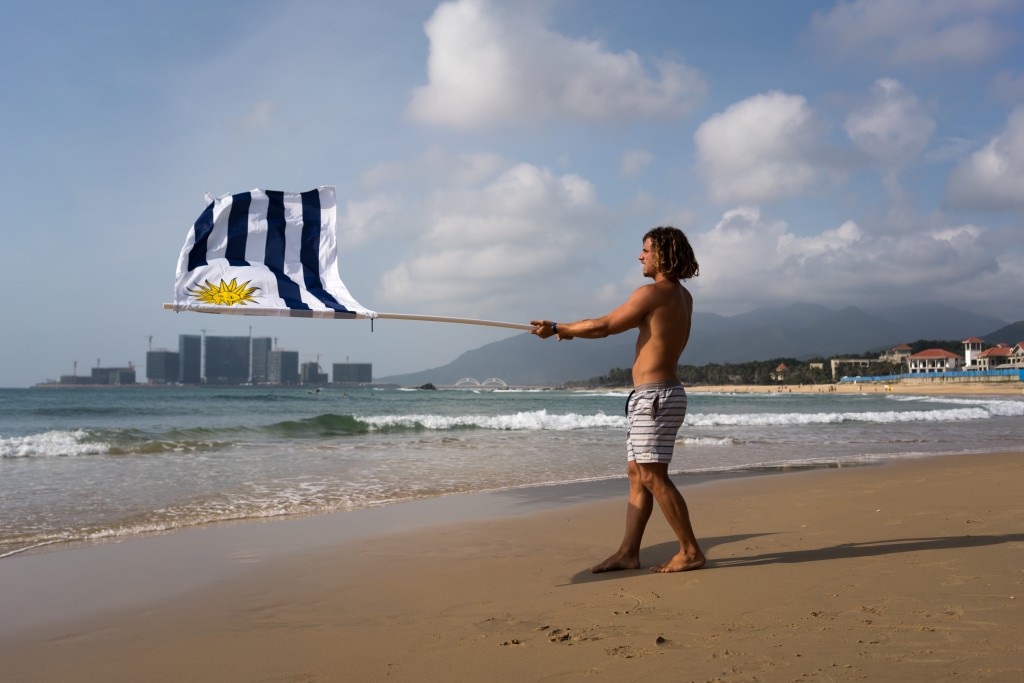 Despite having bowed out of the competition. Uruguay’s Ignacio Pignataro remains at the event site to root on his teammate Julian Schweizer, who has made it to the final day of competition. Photo: ISA / Sean Evans

“We’ve finally arrived at the moment we’ve been waiting for – the final day of competition at the 2018 ISA World Longboard Surfing Championship. We’ve witnessed an incredible display of elegant, elite longboarding this week and tomorrow the world’s best will rise to the top and forever etch their names in history as the first longboarders to be crowned ISA Champions in China.

“The race for Team Gold is tight between USA, Australia, and England. Team camaraderie and national pride will be key to these athletes giving their teammates that extra push that they need to earn the Gold. Tomorrow will be a can’t-miss final day of competition.”

The schedule for Thursday’s competition will be the following:

All Times in CST.