The 2018 Stance ISA World Adaptive Surfing Championship presented by the City of San Diego has blazed through the first three days of competition, leaving the final two days to crown twelve new individual Gold Medalists and the Team World Champion. 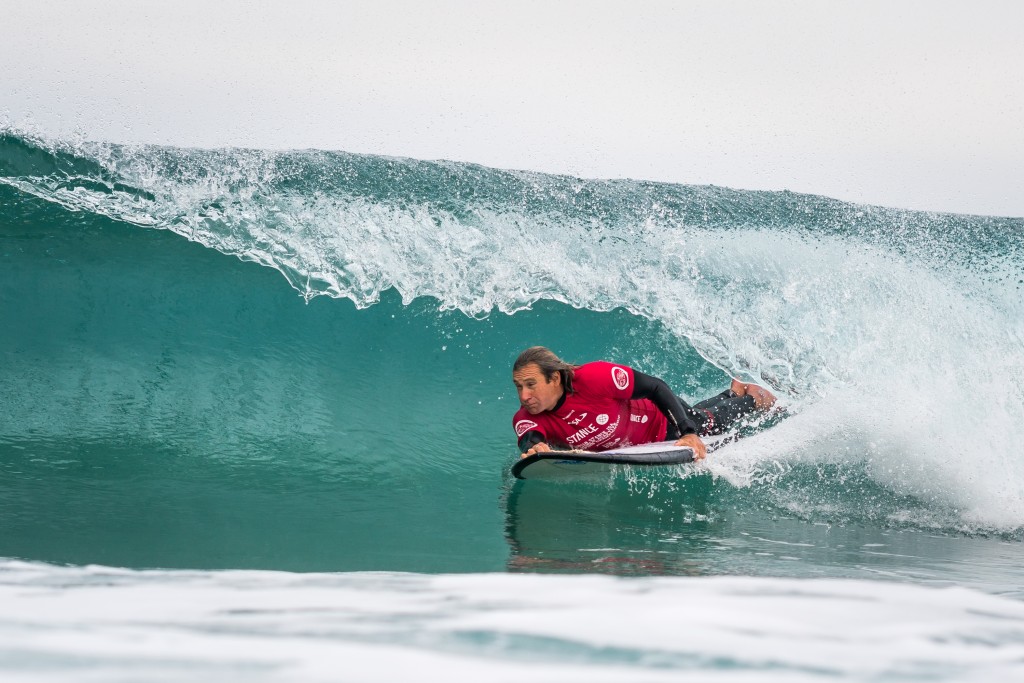 Colombia’s 13-year-old phenom Freddy Marimon, born with phocomelia, advanced in first position to the AS-5 Semifinals, earning the highest heat total of the day with 15 points. Marimon has shown consistent improvement in his three years participating in the event, earning the Bronze Medal in 2017 and looking for Gold in 2018.

USA’s 2017 Women’s AS-3 World Champion Alana Nichols showed that she is in Gold Medal form, as she earned the highest heat total of the day for the women. Despite committing an interference on Hawaii’s Meira Duarte, which halved her second highest score, Nichols earned an 11.45 heat total that was highlighted by a near-excellent 7.93 ride. 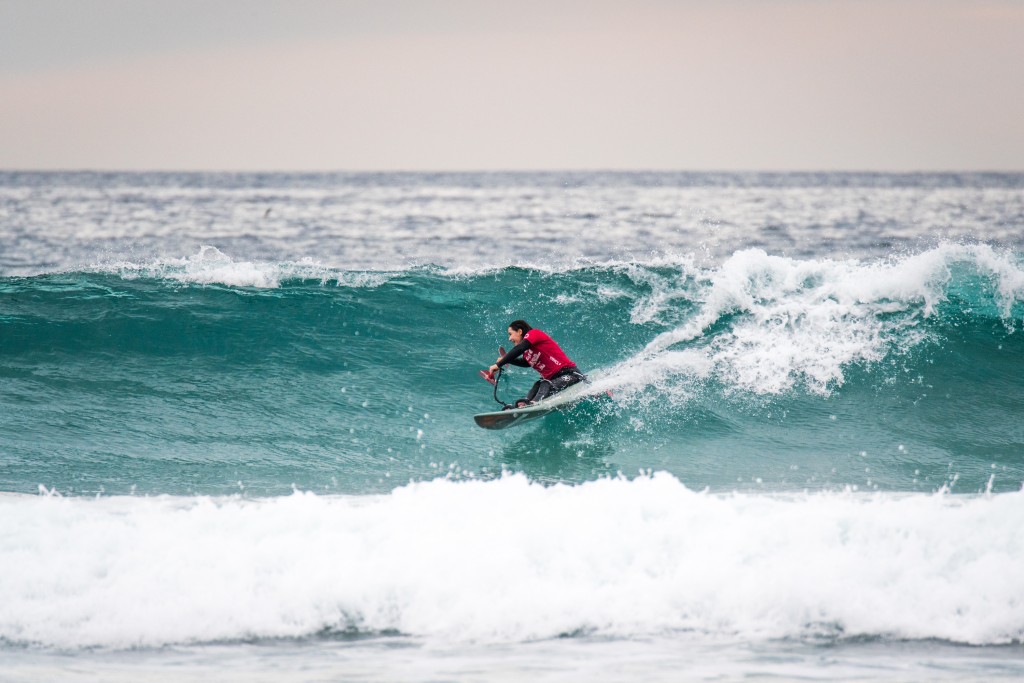 USA’s Alana Nichols looking like a strong contender to repeat in the Women’s AS-3 Division. Photo: ISA / Sean Evans

The visually impaired surfers continued to impress with high scores on Friday. Spain’s 2016 World Champion Aitor Francesena scored a heat total of 11.76 in the open division and England’s Melisa Reid scored 11.44 in the women’s division.

Spain’s Carmen Garcia advanced into the Final of the women’s visually impaired division, guaranteeing herself a medal in her first year competing in the event.

“By meeting other women with visual impairment at the world championship I have learned that limits are only what you set them as,” said Garcia.

“We can keep pushing the limits of adaptive surfing, especially since there is a women’s visually impaired division this year for the first time.

“Adaptive surfing fulfills me and gives me peace. My main goal in the event is to get as far as I can and have fun at the world championship.” 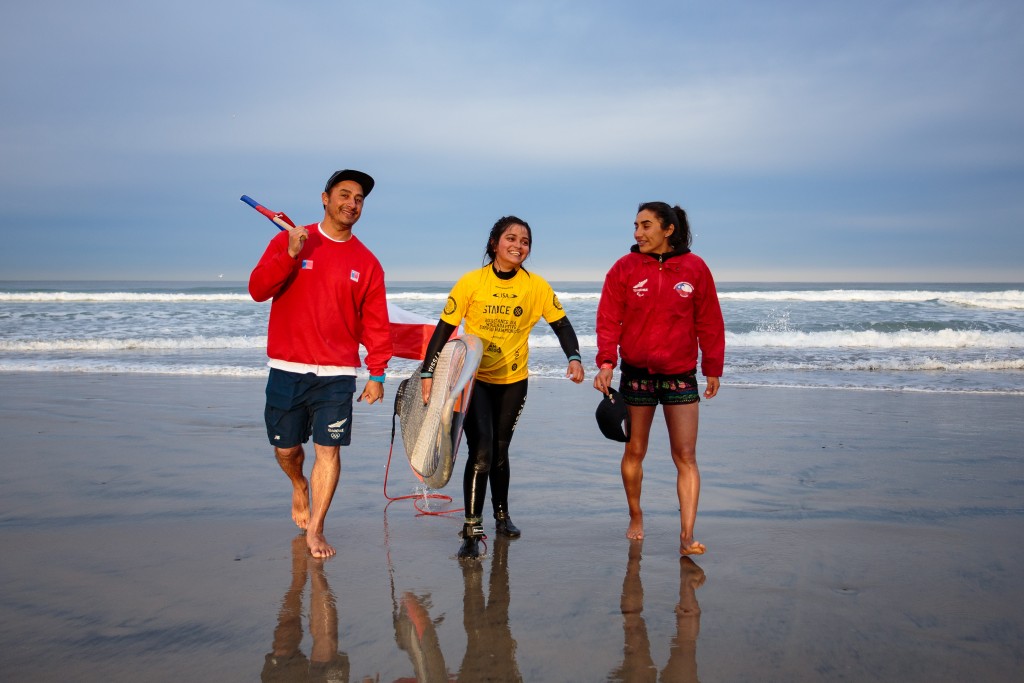 Friday saw more competitors eliminated from the event, transitioning from the round robin stage into the single elimination heats heading into the Finals.

The third day of competition kicked off with clean conditions and solid waves in the chest to head high range at La Jolla Shores. The conditions remained excellent all day and provided great opportunity for the world’s best adaptive surfers across nine of the twelve divisions. 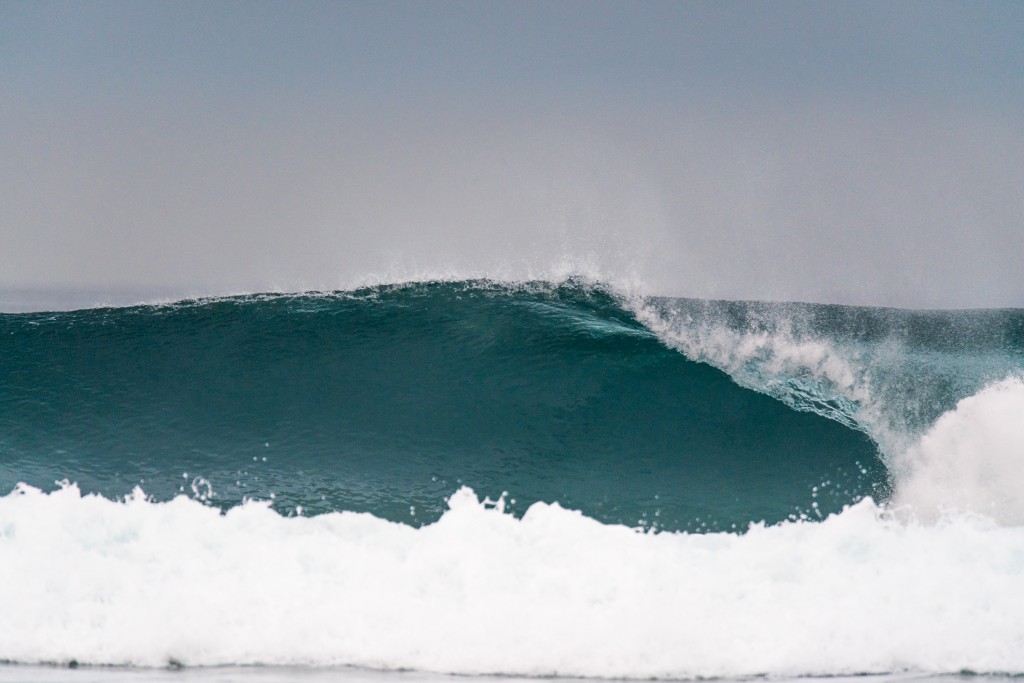 Denmark’s Bruno Hansen, the most decorated ISA adaptive surfing competitor with three individual Golds, impressed with rail turns and a barrel ride in the morning to earn the highest heat total of the AS-4 Division (13.16).

Hansen expressed the great impact that this event and adaptive surfing have had on his life.

“There are a lot of new faces this year,” said Hansen. “There is more energy and more buzz among the teams as the event keeps growing.

“Before coming to this event for the first time in 2015, I didn’t have a clue that there were other adaptive surfers in the world. I grew up with South Africa’s World Champion Antony Smyth and he told me about this event. Now, over the four years that I have competed, I have met tons of friends from all over the world who are facing similar challenges as me.

“Adaptive surfing saved my life. It made me want to keep living when I was in a dark place. That’s what the ocean does, and I see the same affect that it has on everyone else competing in the event.” 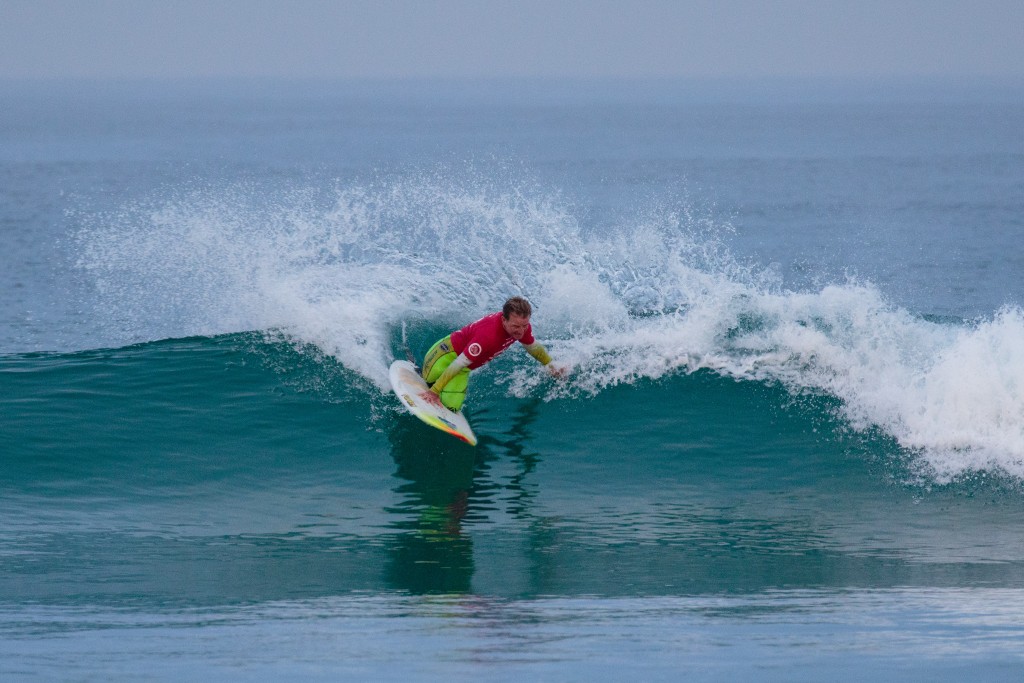 “The healing power of the ocean and surfing has been fully on display this week. We have seen countless stories of athletes that found joy in life through surfing despite the challenges that they are faced with. This global gathering has been a celebration of the positive impacts that surfing has had on all these peoples’ lives.

“We took another big step closer to the Gold Medals here with more eliminations on the third day of the competition. Just two more days remain until we put Gold Medals around the necks of 12 individual athletes and the top team.”

Surfline, the official forecaster, is calling for an increase of swell through Saturday and Sunday. To view the full forecast, click here.