Today is a very sad day for Surfing…

Eduardo Arena, the founder and first president of the ISA, my good friend and surfing “dad” passed away yesterday in Lima, Peru. He was 92.

The whole world of surfing would not be what it is if it weren’t for what Eduardo did decades ago. 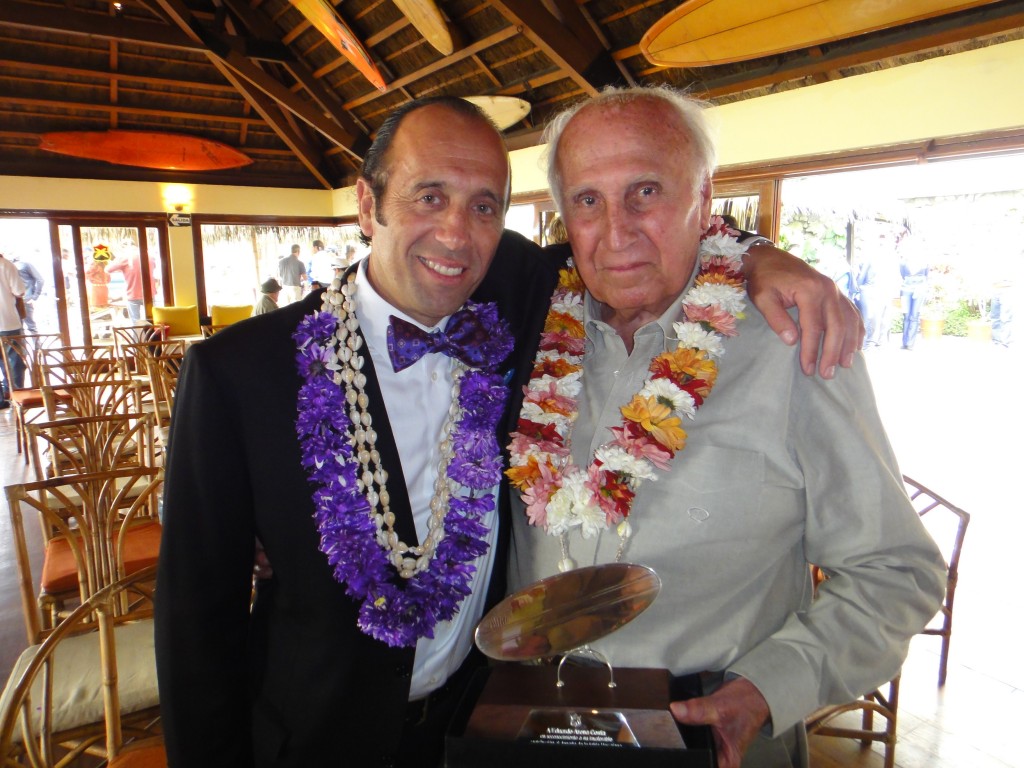 Fernando and Eduardo being inducted as Honorary Members by Club Waikiki, in Lima, Peru, 2010.

He was the president of the ISA and responsible for the Surfing World Championships until 1976.

He did that, volunteering his time and resources, because he believed surfing was the greatest sport, and promoting surfing and its values was a service to the world.

I finally met Eduardo in 2007 in Lima, Peru, at a dinner organized by our mutual friend, the legendary Jose Chafi Schiaffino, one of the most respected surfing history curators in the world, and joined by other friends of Eduardo and our mutual friends, Erica and Felipe Becerra.

During that dinner Eduardo told me that he was sad that I had not reached out to him earlier.

We had a great time that night, and became friends for the rest of our lives.

I went back to California and jump started a campaign that resulted in Eduardo receiving the “SIMA Lifetime Achievement Award” for his services to the world, in 2008 during that year’s Waterman’s Ball.

At the ISA, we named Eduardo as a Lifetime Member of the ISA, and named the ISA World Masters Championship trophy after him, with an incredible wood and silver trophy commissioned by Eduardo in Peru.

Every time I went back to Peru, we had a great time with Eduardo, a larger than life person.

Dinning out, having drinks, talking about the past and future of surfing, the relevance of Olympic Surfing.

We celebrated life and our friendship.

In 2019, when I presided over the Pan American Games surfing competitions in Punta Rocas, his favorite surf spot, we had a great time together. He was in attendance every day. We even sat with him and the president of Peru the whole afternoon of the last day.

To my ultimate pleasure and happiness, Eduardo was now a witness of the continuation of his job that I started in 1994, when I was first elected. There is a photo of all of us together, with Eduardo looking at me, joined by Peru’s president.

I badly hoped he would live to see Olympic Surfing, a cause dear to his heart.

At Punta Rocas, we hugged each other for a long instant, looked at each other, and said goodbye to each other, with Eduardo telling me, “come back soon, I’m not getting younger”… It was not going to happen, as we both hoped…

Eduardo is gone from this world, but his legacy, his love for life, will continue to live in me until I’m gone myself. 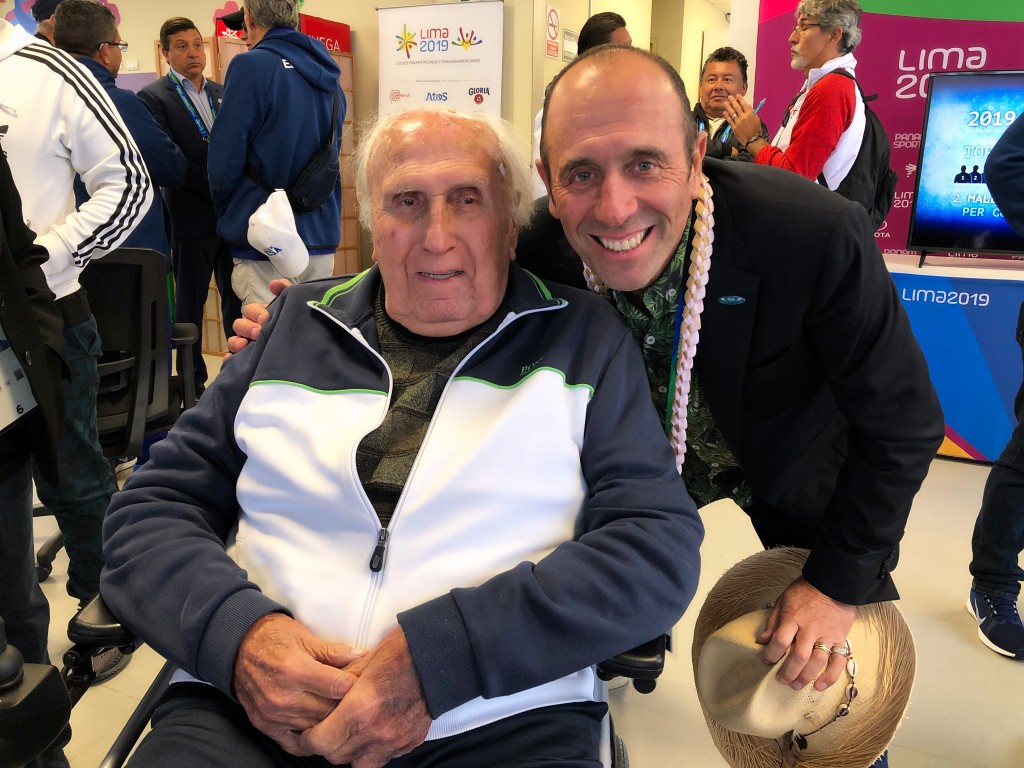 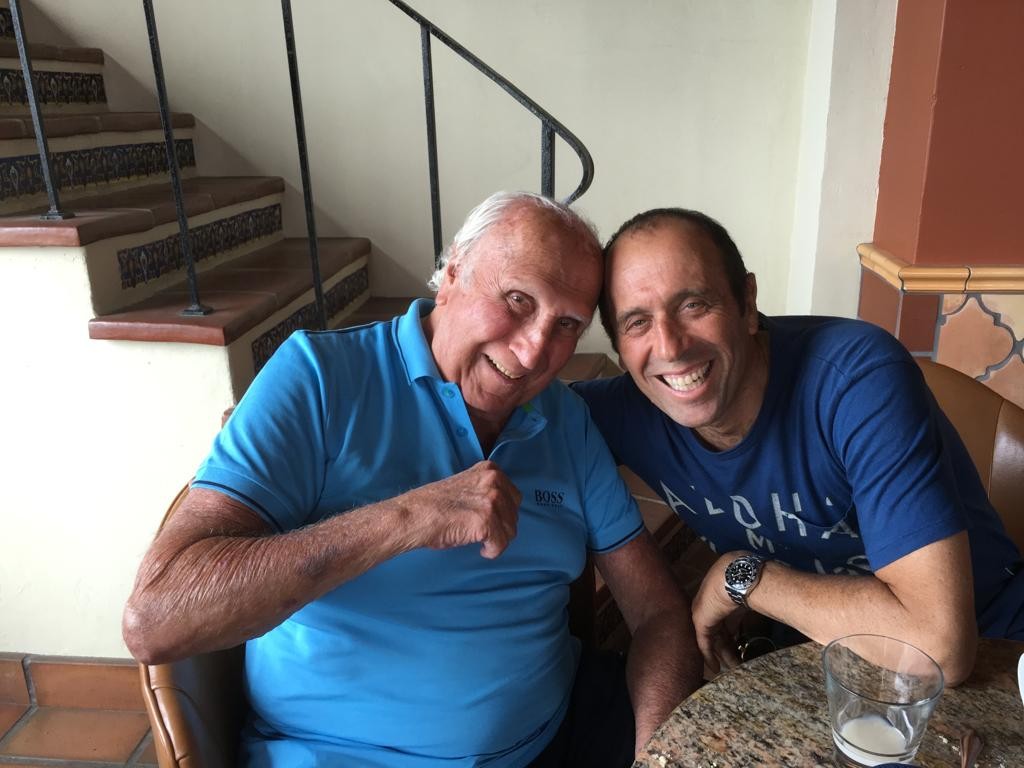 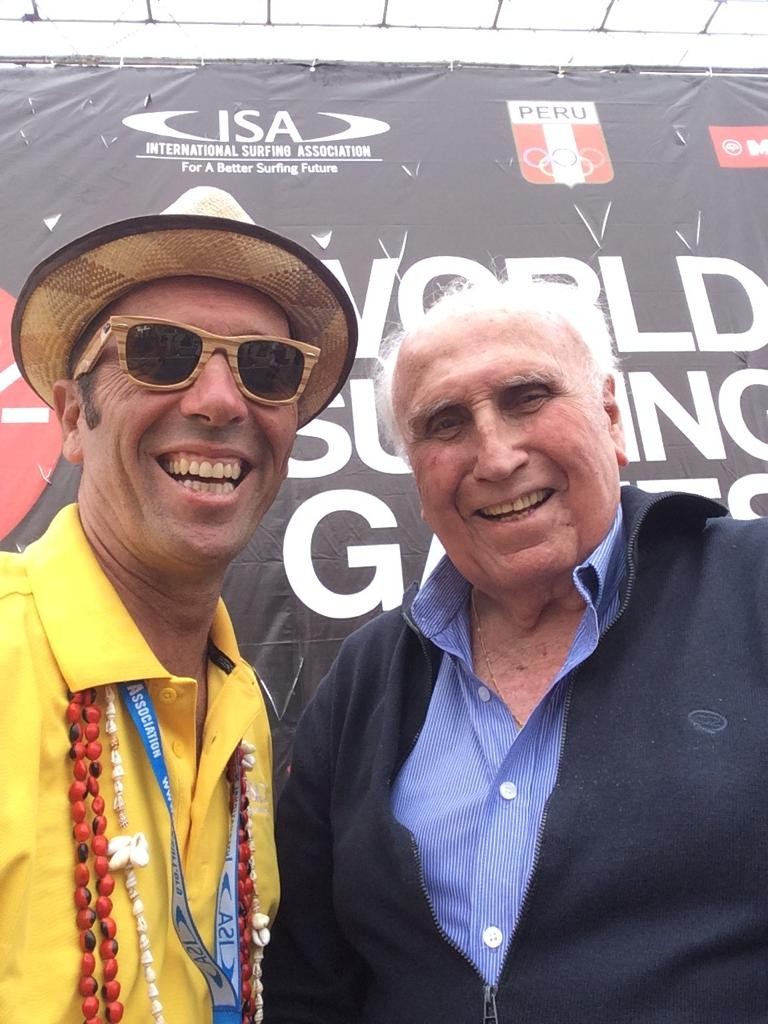 Fernando and Eduardo celebrating the 50th Anniversary of the ISA in Lima in 2014.