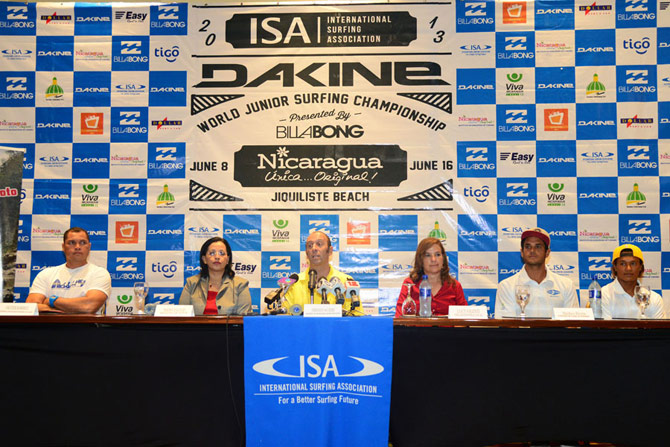 The 2013 DAKINE ISA World Junior Surfing Championship begins Saturday with the Opening Ceremony featuring the Parade of Nations and Sands of the World Ceremony. All 30 National Teams and 400 Athletes and Team Officials will gather and parade down the streets of historic San Juan del Sur in front of thousands of local spectators.

The Opening Ceremony allows each participating nation to come to the stage waving their national flag while pouring sand from their local beach into a glass container symbolizing the peaceful gathering of nations through the love of surfing.

“I am very happy to be here in Managua, Nicaragua,” remarked ISA President Fernando Aguerre. “This is a very important moment for the Government and people of Nicaragua and for the ISA. For the next 10 days, Nicaragua is going to be the center of the surfing movement and we are very excited to be here. We know we are going to have great waves. The first days of competition are going to be substantially big and, of course, with the beautiful offshore wind conditions that make Nicaragua a one-of-a-kind place, not only in Central America, but also around the world.”

“I would like to thank the direct support of the National Government, President Daniel Ortega, First Lady Rosario Murillo and all of the National Institutions that have provided support for this event allowing for the organization, development, and logistics of this Surfing World Championship,” said Minister of Tourism Mayra Salinas. 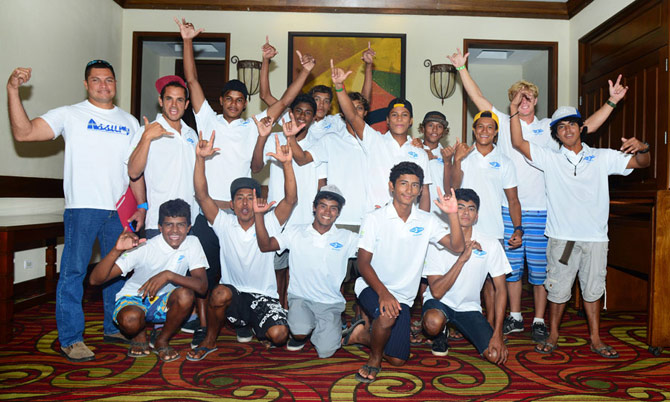 Salinas continued, “I want to emphasize that this World Championship would not have taken place without the support of the International Surfing Association. I want to thank ISA President Fernando Aguerre and his staff. I also want to thank the private sector for their effort and sponsorship of the event. I want to congratulate our athletes who will be representing our country. We know they will compete with all they have as they carry the responsibility of proudly representing the whole nation.”

A huge South-South West swell has delivered giant surf up and down the entire Nicaraguan coast. Most surf breaks including Playa Jiquiliste, the contest site, have been out of control since the best junior surfers in the world arrived early in the week. However, Surfline, the official forecaster of the event, has predicted the swell will drop to a manageable size and Nicaragua’s classic offshore winds will return.

The live webcast of the Opening Ceremony begins at 4pm, local time and can be viewed on
www.isawjsc.com/live