The 2013 ISA World Masters Surfing Championship starts tomorrow with the Opening Ceremony featuring the parade of Nations and Sands of the World Ceremony. All 20 National Teams and 150 participating athletes will gather and parade down the streets and beaches of Montañita in front of thousands of local spectators. 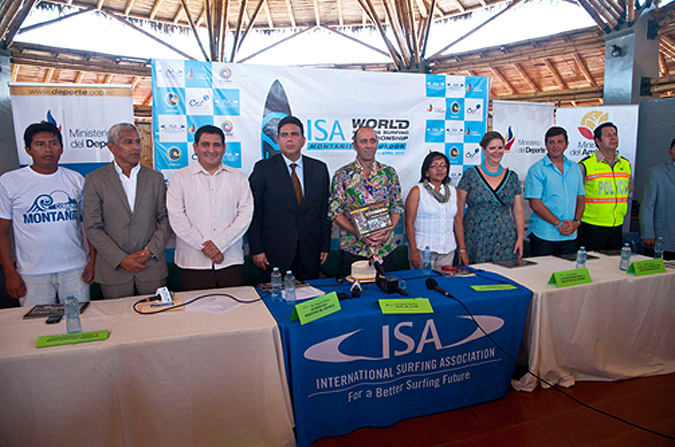 Today, the official press conference of the championship took place in the beautiful Amantes de Sumpa Museum in the province of Santa Elena where over 40 representatives of Ecuador’s leading media outlets were present.

“For me it’s an honor and joy to return to Ecuador, a country that I have in my heart for many years,” remarked ISA President Fernando Aguerre. “I was just recently flying over the beautiful coast of the country and was thinking that Ecuador is truly a paradise and a really special place.”

“One does not stop surfing or practicing other sports because of getting old, one gets old if you stop practicing them. That is why we still surf and will do so till the end,” concluded Aguerre.

“We are very happy to receive 20 National Delegation from 5 continents,” commented Vice Minister of Sport Augusto Moran. “The world’s strongest surf teams will be gathering in Montañita tomorrow to mark the start of the 6th edition of the World Championship. 150 athletes will be representing their National Teams that are formed by a maximum of 8 athletes in each team. We are really going to witness during the next 10 days of competition a true festival in a place that is an icon of surfing in Latin America like Montañita.”

“Welcome everyone to Santa Elena province,” said Governor of Santa Elena John Paul Soto Garcia. “This warm province welcomes you with open arms and hopes that during the following days of competition all of you will have a great time, enjoy our beaches and the warmth of our people. Thank you very much.” 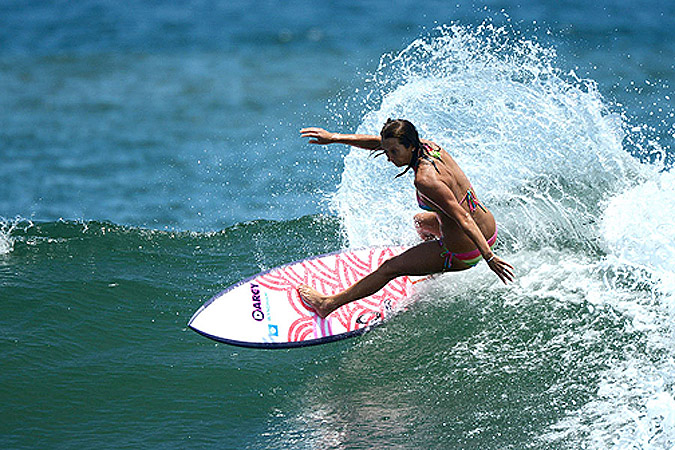 Tomorrow, the Opening Ceremony will officially mark the start of the World Championship in the beautiful coastal town of Montañita, and will feature the ISA’s traditional Parade of Nations and Sands of the World Ceremony. This ceremony allows each participating nation to come to the stage waving their national flag while pouring sand from their local beach into a glass container symbolizing the peaceful gathering of nations through the love of surfing.

The live webcast of the Opening Ceremony begins at 4pm, local time and can be viewed on http://www.isawmsc.com/live/