Australia, Brazil, France, Japan and USA with all competitors remaining in the event

To view schedule and heats for November 1, click here.

Team USA has got off to a near perfect start through the first half of the 2018 VISSLA ISA World Junior Surfing Championship presented by Visit Huntington Beach. 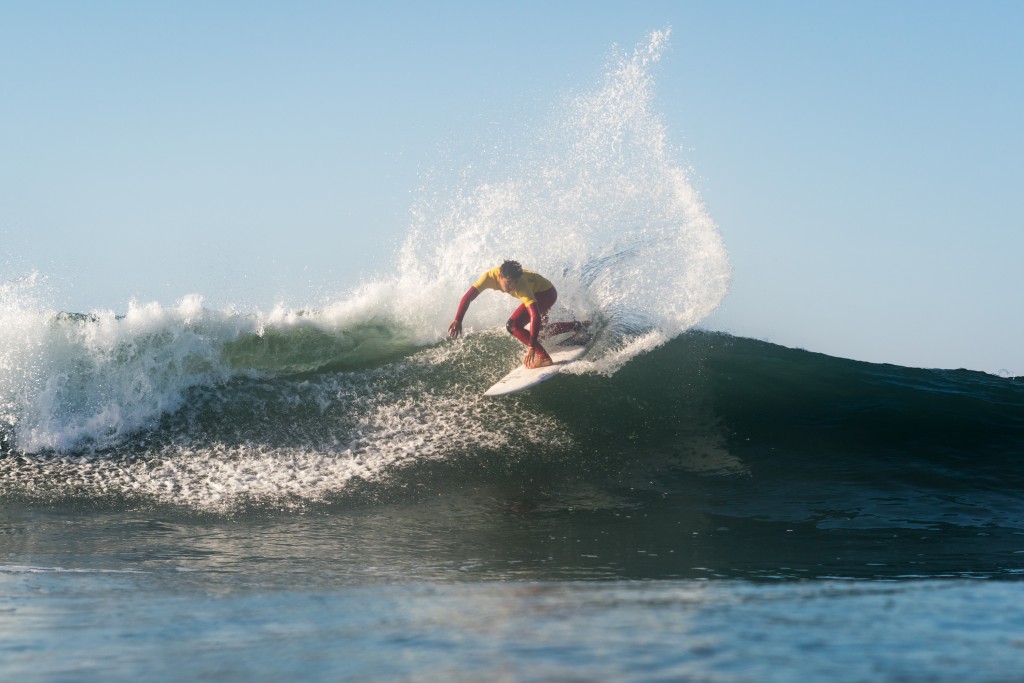 Eleven of USA’s twelve surfers have impressed in front of the local fans at Huntington Beach Pier and passed every heat, an excellent start that has kept nearly the whole team in the Main Event.

USA is looking to earn their third team Gold in four years after having won the 2015 edition in Oceanside, USA and the 2017 edition in Hyuga, Japan.

Two consecutive Titles for USA would be the first time the feat has been accomplished since Team Hawaii earned Gold in 2013 and 2014.

The individual and Team World Champions are set to be crowned on Sunday, November 4.

Cole Houshmand, part of Team USA’s 2017 Gold Medal performance, advanced through Round 3 of the Boys U-18 Main Event and spoke about USA’s early success.

“Team USA went a perfect 24 out of 24 through the first two rounds,” said Houshmand. “The team is doing really well now, so we are stoked.

“It’s great having the event in our home turf. Most of us are from Southern California, so we surf this wave all the time.

“We are defending champs, but we are not trying to put too much pressure on ourselves. We are just having fun and going for Gold.”

Joining Team USA atop the leaderboard are Team Australia, Brazil, France and Japan having all surfers remaining in the competition between the Main Event and elimination Repechage Rounds. 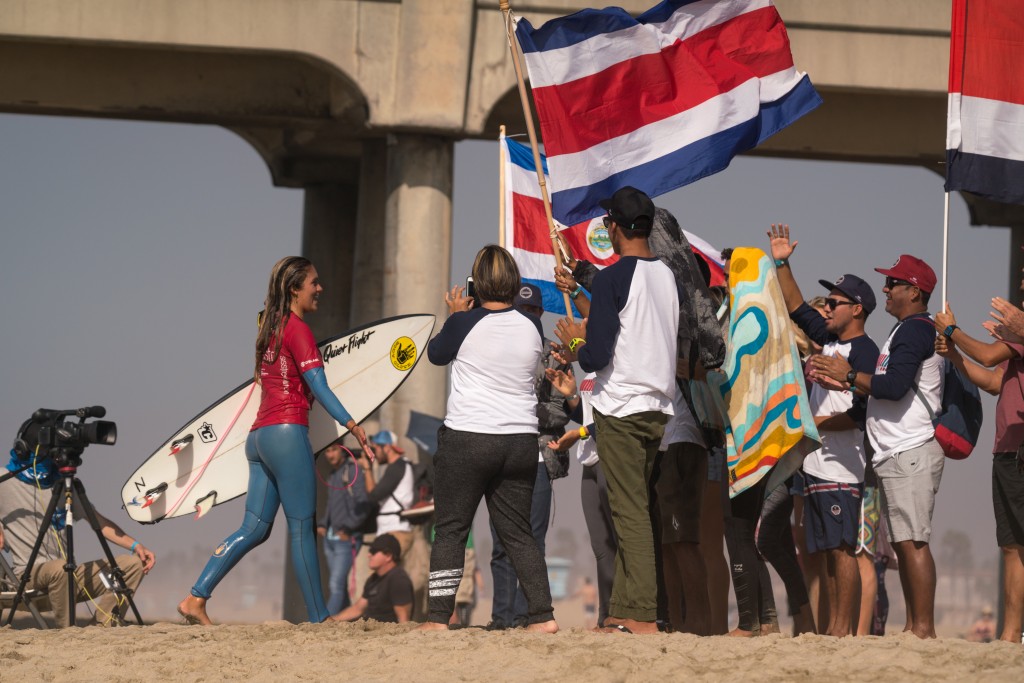 Strong team camaraderie will be crucial heading into the final stretch of the competition. Team Costa Rica supports Eva Woodland as she advances into the Girls U-18 Main Event Quarterfinals. Photo: ISA / Sean Evans

Surfers in the Repechage Rounds and Main Event all have the same amount of potential points that they can earn for their team, since a surfer in the elimination rounds can still fight back into the Grand Final.

All three past individual Champions continued strong in the Main Event during Wednesday’s competition. Japan’s Joh Azuchi, Hawaii’s Summer Macedo, and USA’s Alyssa Spencer all moved into Main Event Round 4 in the U18. 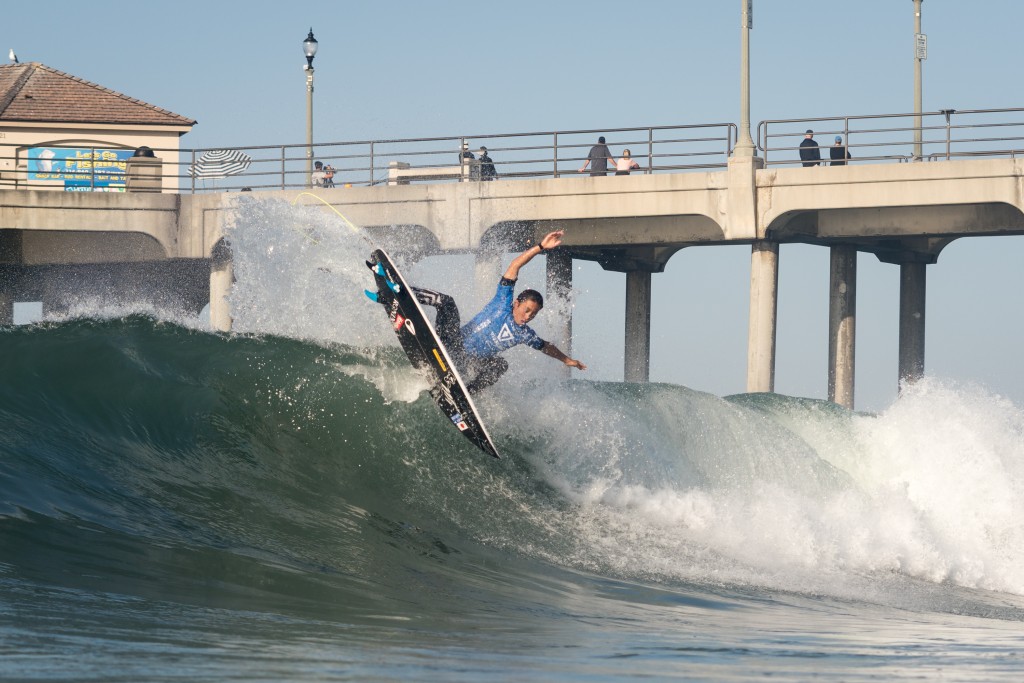 Mexico’s Alan Cleland was on fire once again in the competition, earning his second 9-point ride in the Boys U-16 Division. His heat total of 14.87 was the highest of the day for the division.

Canada’s Mathea Olin advanced into the Main Event Quarterfinals in the Girls U-18 Division, showing the emerging talent that Canadian Surfing possesses.

“Our whole team is very young, especially our boys,” said Olin. “They are all surfing amazing and in a few years they will be unstoppable. All our U-18 girls made it to round 3, so we are still alive in the event.

“Coming from Canada, we have very few competitive surfers. With my participation in this event, I really want to inspire other surfers back home to start competing and do what they love.

“A success for Team Canada would be to go out there and put everything we got into our heats. If we surfed our best, no matter what we will walk away with a smile.” 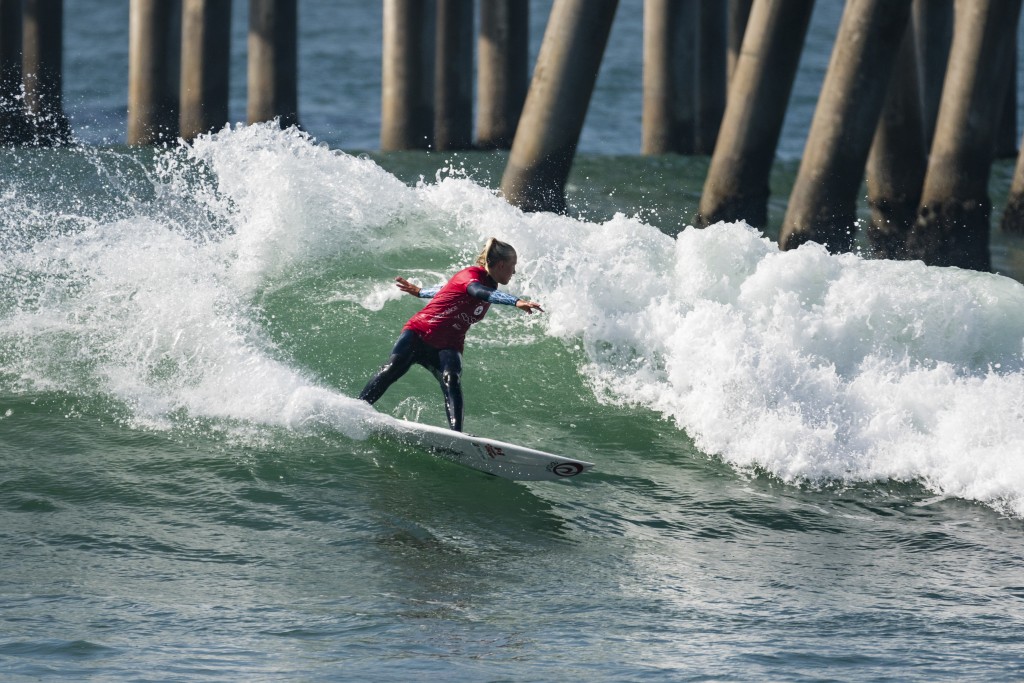 “After another day of eliminations, the team rankings are taking shape. The strongest nations and future stars of the sport are making themselves known.

“Anything can happen at this stage. I’ve seen many champions fight through the Repechage Rounds, so keep an eye on the team rankings as they shake up over the remainder of the event. 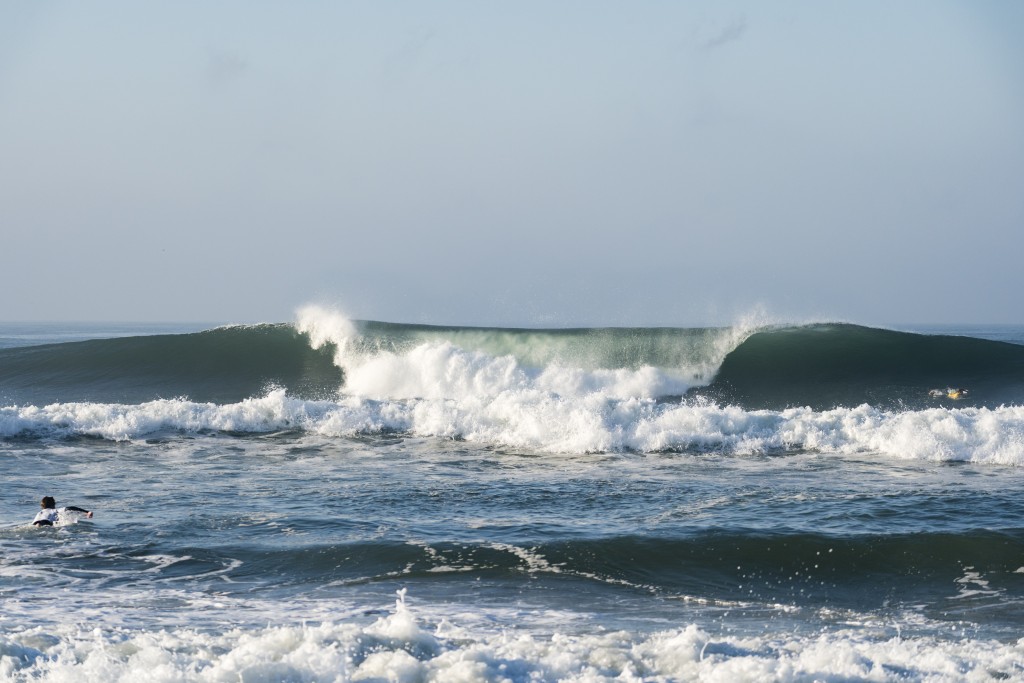