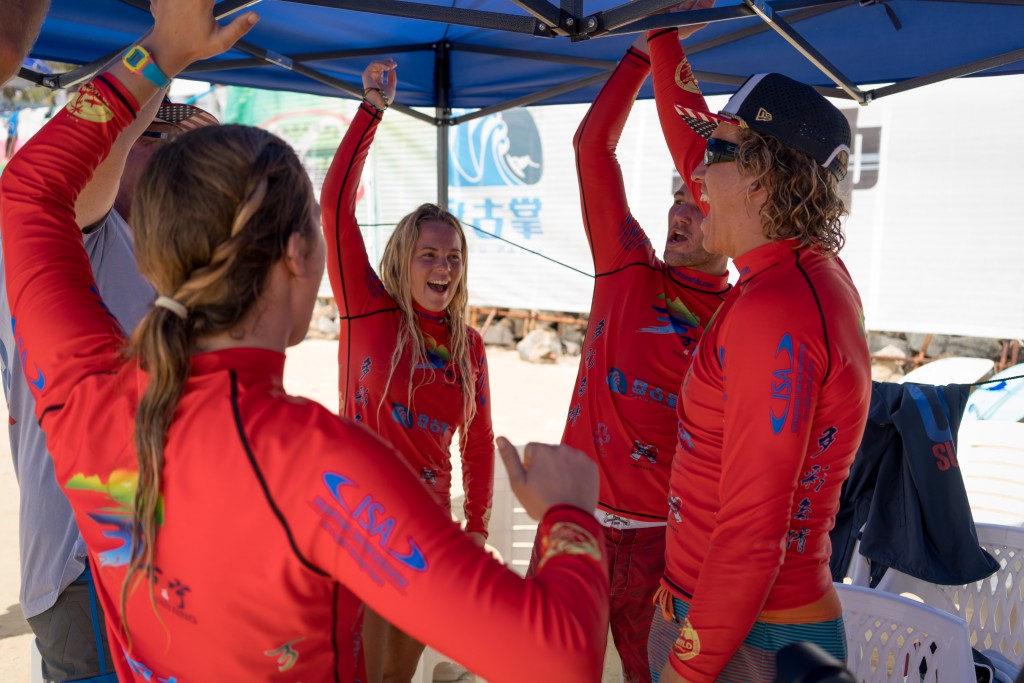 Team USA’s four team members all put on a well-balanced, elegant display of longboard surfing to build a commanding 24-point lead over Silver Medal Australia in the Aloha Cup Final. Team Peru earned the Bronze and Brazil the Copper.

“It feels great to be here in China and win a Gold Medal with all my friends,” said member of Team USA Kevin Skvarna. “We are a tight-knit crew and I don’t think we can be beaten, whether Aloha Cup or the overall Team Gold. We’ve come out super strong and I think we have a few more Gold Medals to come. I am stoked and honored to be here in China and represent the longboard community in the USA.” 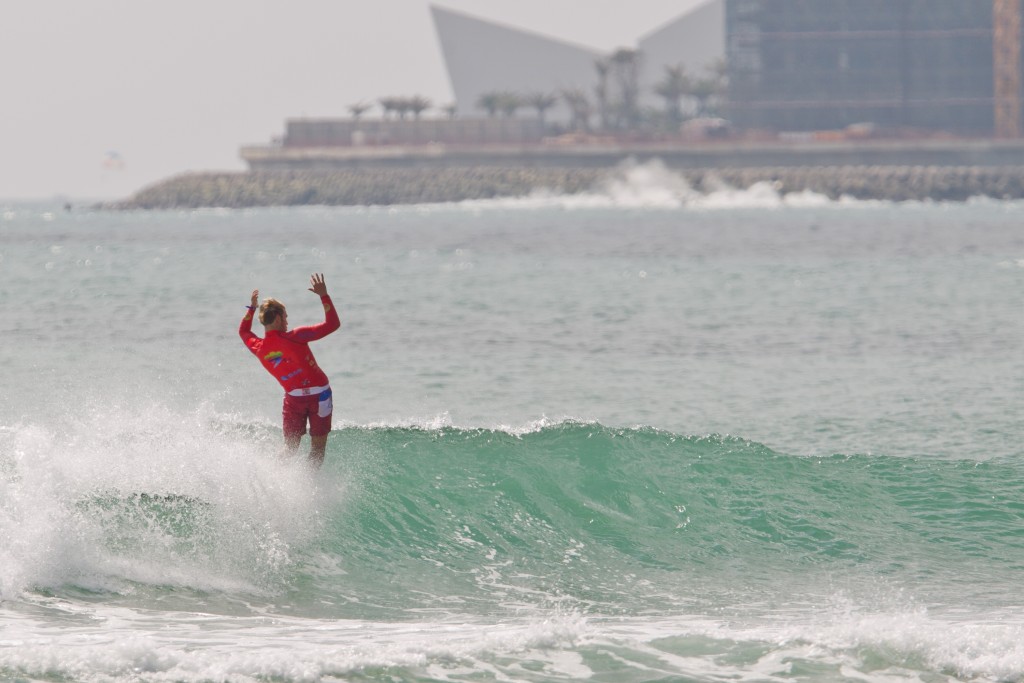 Along with winning the ISA Aloha Cup, Team USA is also positioned atop the team standings, poised to make a run at the overall Team Gold Medal. With all four surfers remaining in the competition, USA stands neck-and-neck with Team Australia who also stands unscathed through three days of the event.

Riyue Bay saw a decrease in swell for Monday’s competition, however, waves in the knee to thigh range still peeled down the point with excellent shape, providing plenty of opportunity for the world’s best longboarders to perform in the ISA Aloha Cup.

The one-of-a-kind ISA Aloha Cup is a team relay event featuring the top seven teams from the last edition of the ISA World Longboard Surfing Championship in 2013 and the host nation of China. Each team is comprised of all four team members, two men and two women, and each athlete catches two waves in their leg of the relay. The two scores from each athlete are summed up to get the overall team score. 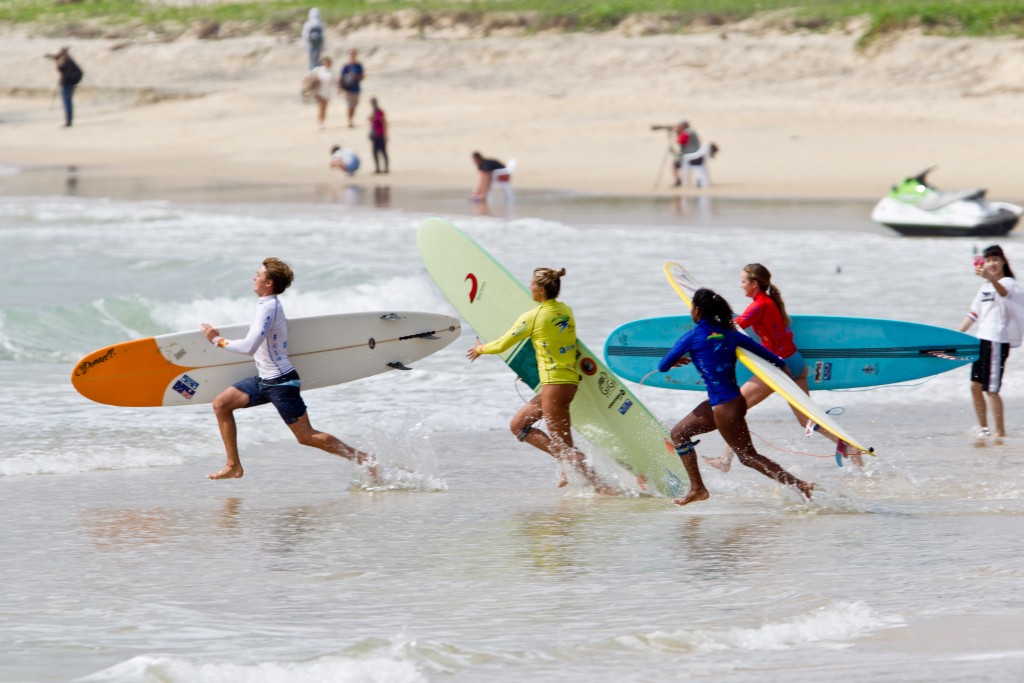 Team USA got off to a quick start and breezed through the first Semifinal with three of their eight scores in the excellent range. Relay anchor Kevin Skvarna solidified their spot in the final with two of those excellent scores, marking waves of 8.77 and 9.07. Team Peru finished second behind Piccolo Clemente’s heat-high 9.33 ride to earn a spot in the Final.

In the second Semifinal Team Brazil jumped out to the lead and never looked back after an 8.5 and 7.67 by Carlos Bahia. Team Australia needed every bit of their final wave score of 4.87 to surpass Team England by a mere 2 points to classify for the Aloha Cup Final along with Brazil.

In the Final, Team USA shined with six of their eight waves worth 7 points or more. USA’s Tony Silvagni, Rachael Tilly, Tory Gilkerson, and Kevin Skvarna showed the all-around talent they possess and built a big lead that was capped off by a near-perfect 9.67 ride by the relay anchor, Skvarna.

“Congratulations to Team USA for a dominating performance in the ISA Aloha Cup today at Riyue Bay. Their team camaraderie, talent, and national pride shined as they earned the first Gold Medal of the event.

“We are arriving at the final stretch of the competition and with a promising swell on the forecast, we could have an epic finish to the competition to ISA Longboard World Champions ever in China.”

There will be a 9am CST call for a possible 10am start on Tuesday, however, due to a forecasted swell arriving on Wednesday and Thursday, it is likely that no competition will run on Tuesday.