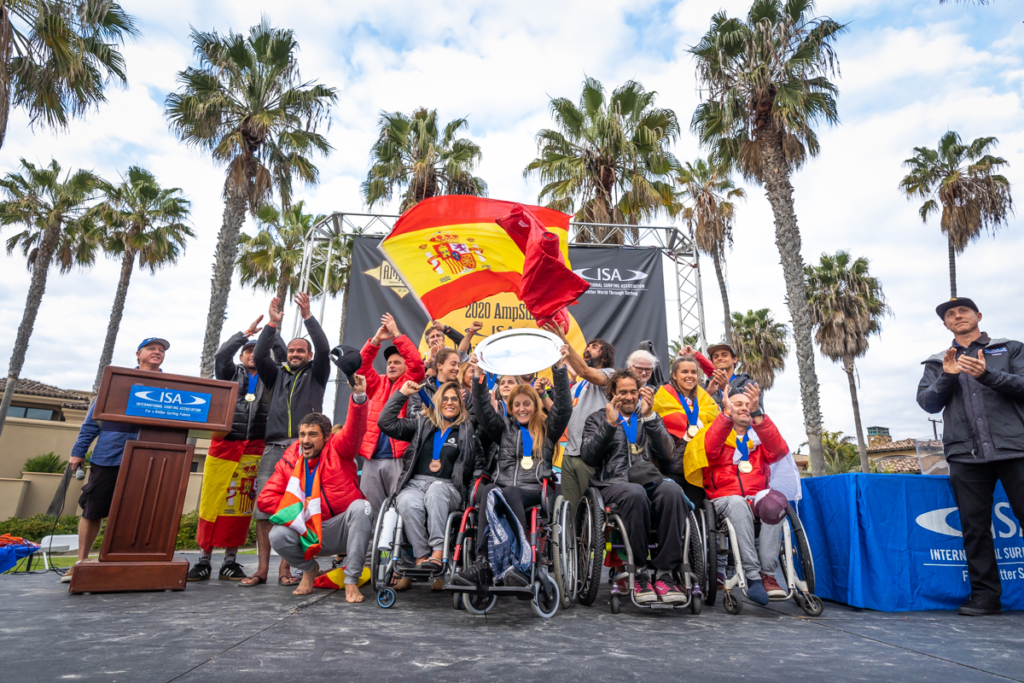 “I was only hoping to do my best,” said Garcia. “The most gratifying part of all of this has been continuing to improve as a surfer and now to have the chance to defend a title at the next edition.” 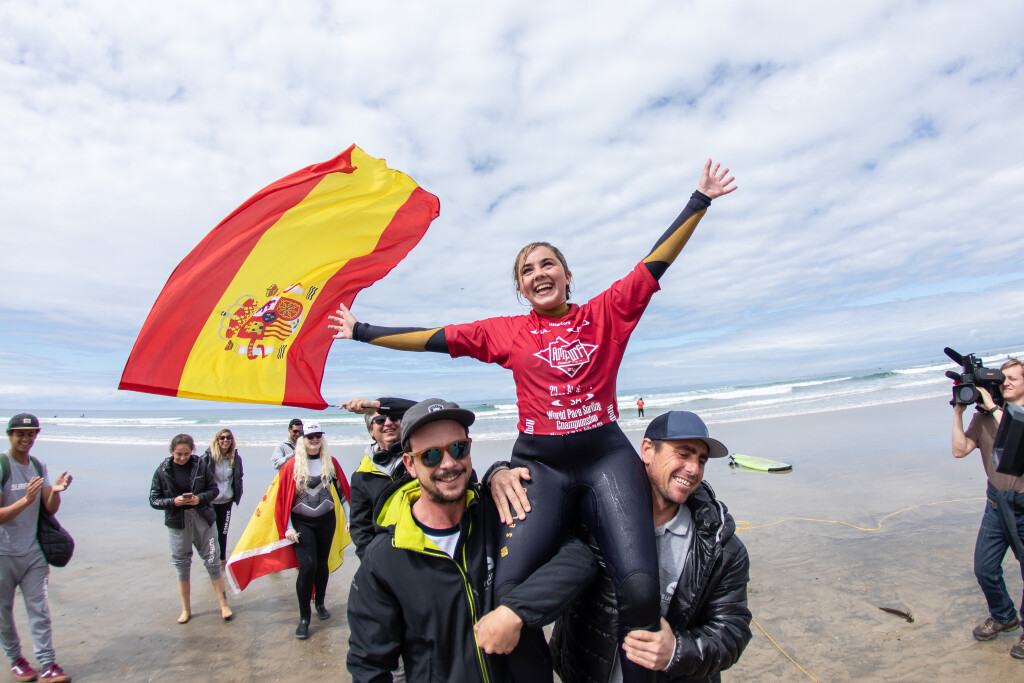 Five in a row for Hansen

“It feels surreal to win my fifth Gold Medal,” said Hansen. “I felt really focused and driven this year.

“This goes out to a lot of the athletes here that are my heroes. Some of them are in a worse condition than I am and they surf better than I do. I’d like to share this Gold Medal with all those people out there.

“I see Adaptive Surfing going from strength to strength every year. I hope there is a great future for the kids and they can be an inspiration to the rest of the people in the world.”

Even after five Gold Medals, the feeling of being World Champ doesn’t get old for Bruno Hansen. Photo: ISA / Sean Evans

Experience proved to be valuable for those who had earned Gold Medals in previous editions of the event, as nine of the sixteen individual Gold Medalists were repeat World Champions.

New athletes also emerged onto the global stage of Para Surfing, earning their first-ever titles in the event’s history and exemplifying the extensive growth of the sport in the event’s five-year history. 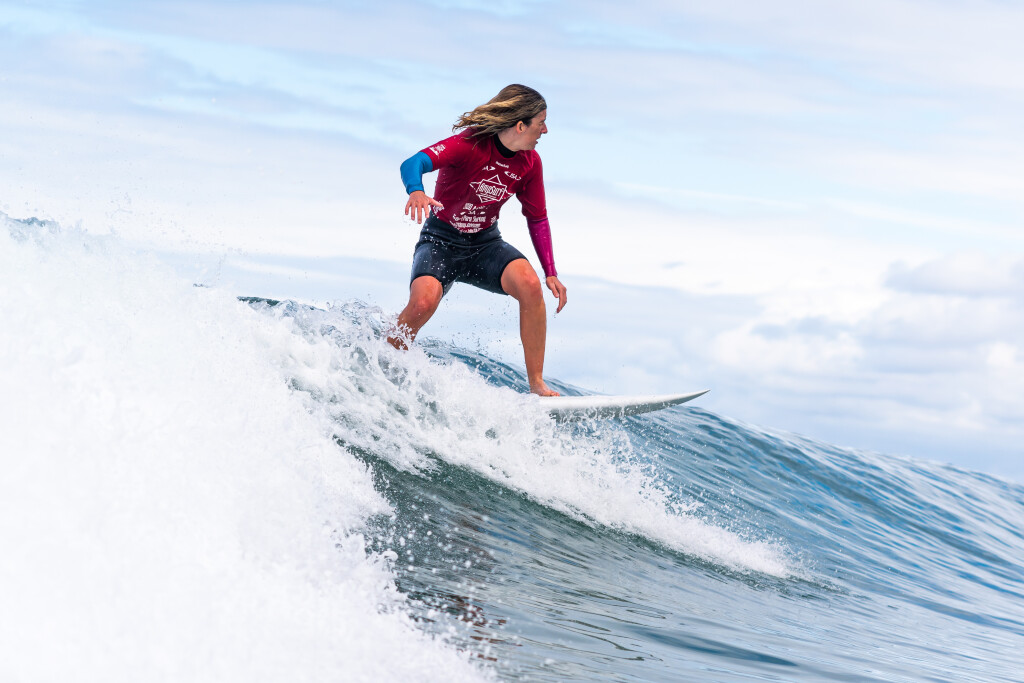 The top performance of the day belonged to England’s Melissa Reid who successfully defended her Title in the Women’s Visually Impaired 2 Division with a heat total of 17.17.

“When I heard my final wave score out there, my coach and I almost jumped off our boards, crying with happiness,” said Reid. “It’s been an incredible experience.

“Getting into surfing has given me more enjoyment in life more than anything. Surfing has changed my life and I just feel so lucky to be a part of this global community.”

The most drama-packed heat of the day came down to the Men’s Prone 2 Division, where USA’s Jesse Billauer and Jose Martinez faced off against Brazil’s Davi Teixeira and Eduardo Mayr.

Billauer and Teixeira are no strangers, as Billauer out-surfed Teixeira in 2015 for his first Gold Medal, then Teixeira returned the favor in 2016 to earn his maiden ISA Gold.

Billauer, Teixeira, and Martinez all opened up strong with excellent 8 point rides.

Teixeira held the lead until the dying moments of the heat, however a last ditch effort by Billauer earned him a solid 7.9 point back up score to surpass Teixeira and claim his second Gold Medal, his first since 2015.

Teixeira earned the Silver, Martinez the Bronze, and Mayr the Copper. 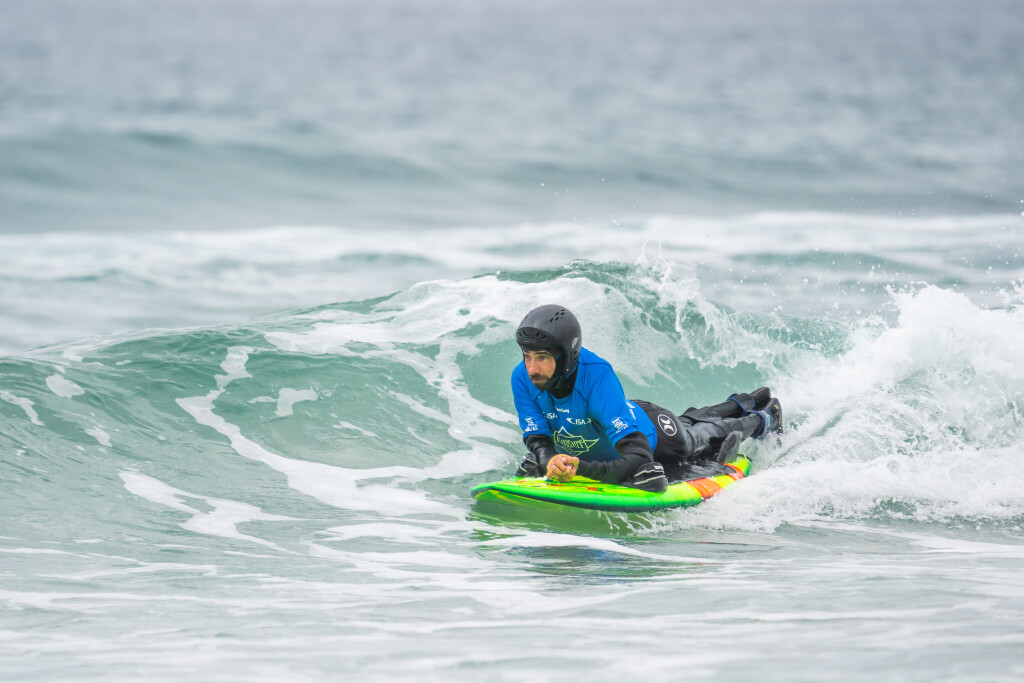 Jesse Billauer on his way to earning a Gold for Team USA, his first since the inaugural edition of the event in 2015. Photo: ISA / Sean Evans

Uruguay’s 15-year-old Isabella Desseno earned a Copper Medal in the Women’s Prone 2 Division. The medal for Desseno was a great success in her debut participation in the World Championship, making her country proud.

“Winning a medal in the World Championship is something that I wouldn’t have ever believed,” said Desseno. “The best part of this event has been getting to meet people from other countries.

“Even though I may not have won a Gold Medal this time, I made lots of friends and met incredible people. Our friendships will continue through other Adaptive Surfing events around the world.”

“Through a week of heavy downpours, team camaraderie, world-class surfing, and inspirational displays of perseverance, history has been made in La Jolla

“A record-breaking 131 athletes from varying backgrounds, religions, races, and social classes united to celebrate a sport that has changed all of the competitors’ lives for the better. By spreading the innate stoke and joy of surfing, we strive to continue making the world a better place through Surfing.

“What we witnessed this week is a testament to the fact that the sport of Para Surfing is on the rise around the globe. We had more competitors, a higher level of surfing, professional classification processes, and an expert judging panel, all steps that we hope will one day take Para Surfing onto greatest stage of sport, the Paralympic Games.

“I would like to send my sincere thanks to all competitors for putting in the hard work to come here and represent your nation. It is through this community that our ambassadors strengthen our message and movement around the globe.”