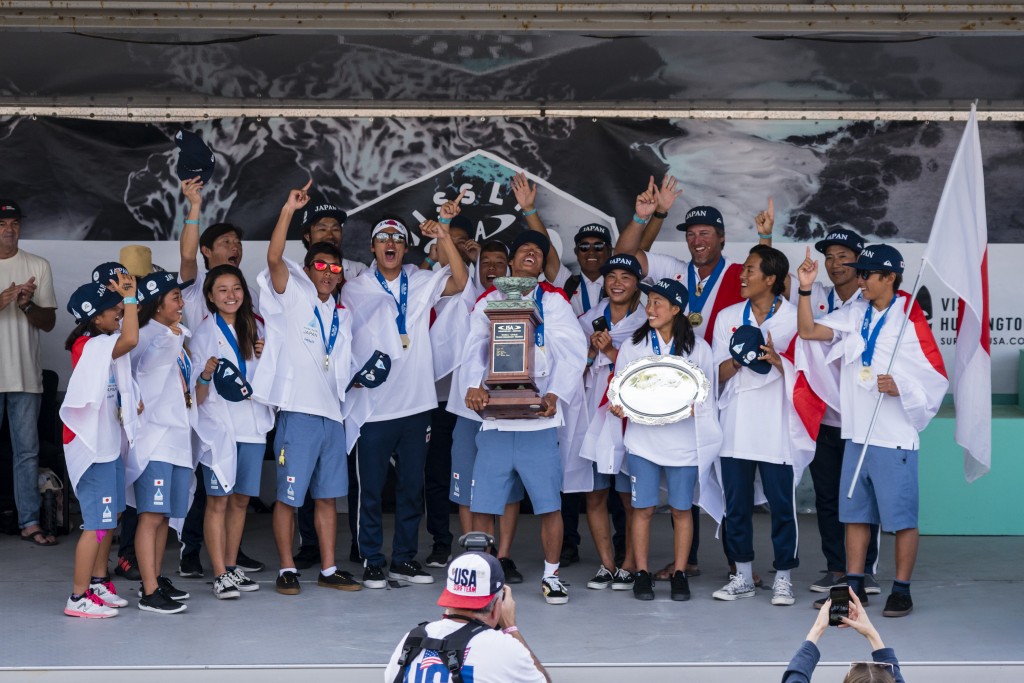 Led by the individual Gold Medal performance by Boys U-18 competitor Keanu Kamiyama and four additional individual medals, Team Japan pushed ahead of Silver Medal Team USA to take the Junior Team World Title by a margin of 132 points.

The exceptional performances by Team Japan across both open and junior divisions is a testimony to the extraordinary growth of Surfing in Japan since the sport’s inclusion in the Tokyo 2020 Olympic Games.

Team Japan’s Gold Medal depended on the Boys U-18 final heat of the day featuring two Japanese athletes, Keanu Kamiyama and Joh Azuchi, and USA’s Cole Houshmand. Kamiyama and Azuchi shined in a closely-surfed heat and took the Gold and Silver Medals to lead Japan to the Gold. Houshmand earned the Copper, resulting in Team USA falling to the Silver Medal position. 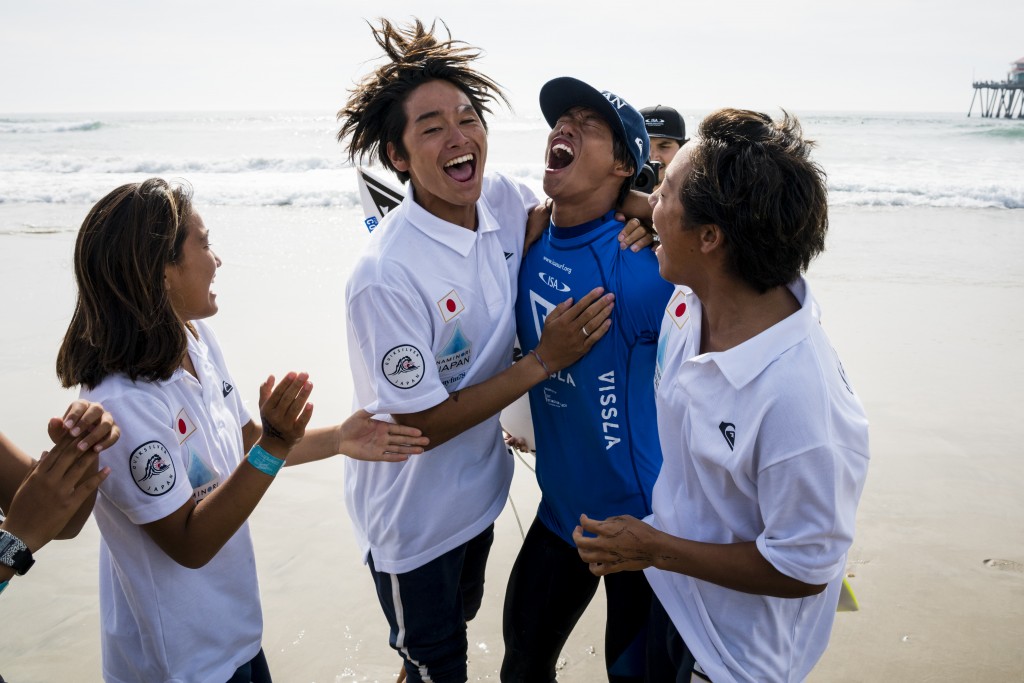 Germany’s Rachel Presti made history in the Girls U-18 Division and earned the first-ever ISA Gold medal for Germany across any discipline.

The final day of competition at Huntington Beach Pier saw the Main Event Final, Repechage Final and Grand Final take place across Boys and Girls U-16 and U-18 Divisions.

The Girls U-16 Grand Final kicked off with a bang as USA’s 13-year-old Caitlin Simmers posted the highest wave score of the day with 9.17. The Japanese duo Shino Matsuda and Sara Wakita were never able to catch Simmers after her blazing start, finishing with the Silver and Bronze Medals, respectively. Spain’s Lucía Machado earned the Copper.

“It feels so good,” said Simmers. “Team USA is really supportive. It’s an honor to be a part of the team.

“This is my biggest win. Since Surfing is in the Olympics, that is a new goal for me to strive for.” 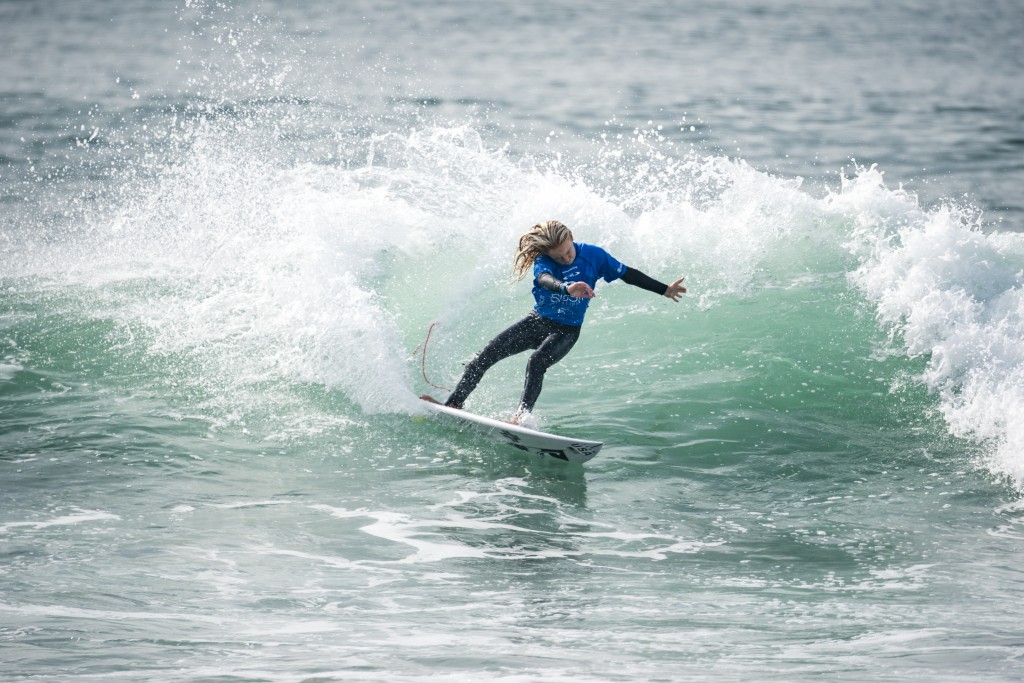 Caitlin Simmers earns the highest wave score of the final day of competition to earn the Girls U-16 Gold for Team USA. At just 13 years old, it certainly is not her last. Photo: ISA / Ben Reed

Australia’s Grayson Hinrichs put on a show in the Boys U-16 Final. He jumped out to an early lead with a solid 7.5 and then waited until the dying minutes of the heat to earn his highest score of 8.6 to take the Gold Medal. USA’s Kade Matson and Levi Slawson respectively earned the Silver and Bronze Medals. Japan’s Riaru Ito finished with the Copper.

“This is the best feeling of my life,” said Hinrichs. “I’ve never dreamed of this happening.

“It’s the biggest boost of confidence to think that all the top surfers have won this event, and now I have done it too.” 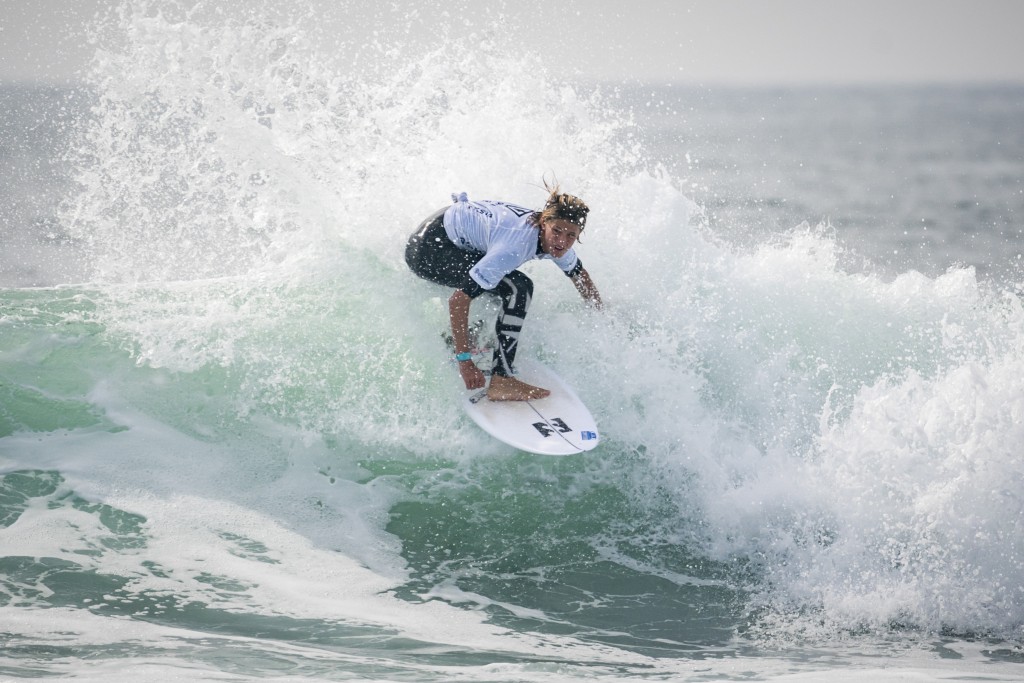 Grayson Hinrichs earns the Boys U-16 Gold, looking to follow in the footsteps of other Aussie greats that have won the ISA Junior Gold such as Stephanie Gilmore and Julian Wilson. Photo: ISA / Ben Reed

Germany’s Rachel Presti continued her standout performance throughout the whole event and earned the Gold in the Girls U-18. Hawaii’s Keala Tomoda Bannert earned the top performance for Team Hawaii with the Silver Medal, followed by Japan’s Minami Nonaka with the Bronze. Summer Macedo’s efforts to earn her second ISA Junior Gold came to an end despite great performances in the event, earning the Copper Medal.

“I am really happy to take it home for Germany,” said Presti. “This first Gold for Germany means a lot. I want to encourage other people in Germany to surf and bring it to a global stage.” 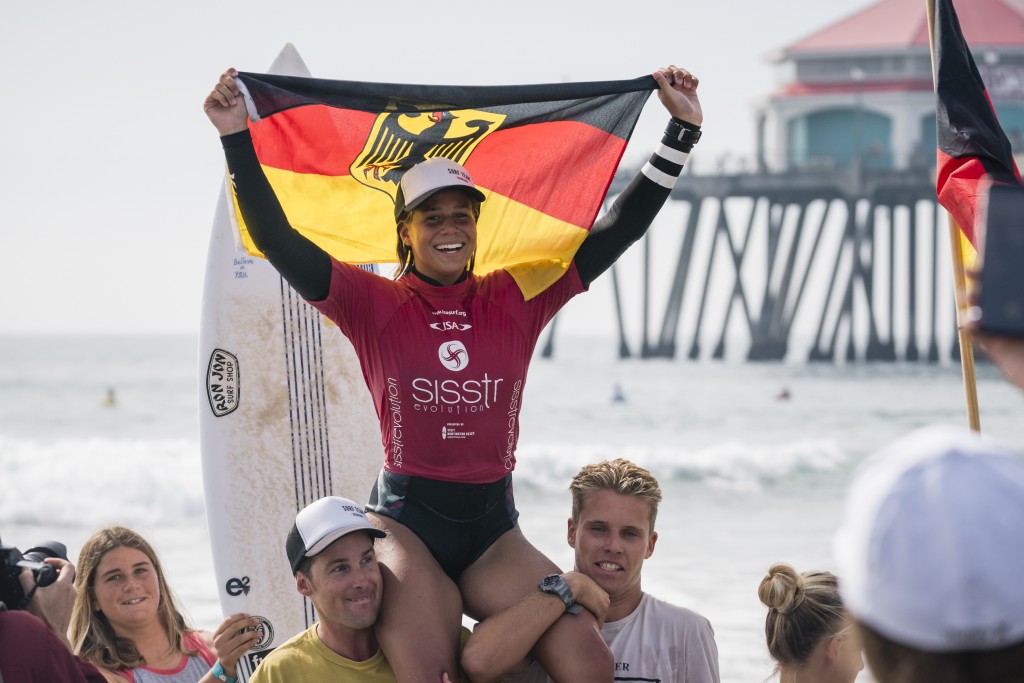 Rachel Presti is nothing but smiles after earning the Girls U-18 Gold for Team Germany. Photo: ISA / Ben Reed

The Boys U-18 Final capped off the day, where Japan’s Kamiyama paved the path to the Gold Medal for his team. Japan’s Joh Azuchi, the 2017 Boys U-16 Gold Medalist, followed his teammate Kamiyama with the Silver Medal in an emotional display of team camaraderie. South Africa’s Luke John Slijpen earned the Bronze and USA’s Cole Houshmand the Copper.

“I am amazingly happy!” said Kamiyama. “For anyone in Japan who surfs, they now know that Japanese surfers are capable of a Gold Medal.”

“The words that I have right now are thank you,” said ISA President Fernando Aguerre.

“Thank you to our Title Sponsor Vissla for believing in the power of Junior Surfing and thank you to Visit Huntington Beach for opening their arms for these over 1,000 visitors from around the world.

“We had an amazing nine days of sun, no wind, and great waves. It was incredible.

“This was a historic VISSLA ISA Juniors. We have 44 countries represented, almost a quarter of the world, and we had the first edition to feature a gender equality format for boys and girls.

“Keep an eye out for these young athletes in the lead up to the Tokyo 2020 Games, because we could very well see them surfing on the world’s greatest stage in sport.”

“It was an incredible week with many inspiring performances. I think the future of surfing is in great hands. It’s amazing to see countries that over the years come back to compete and continually advance.

“A huge thank you to the people of Huntington Beach for sharing your break with us.”