ISA: What was your impression of the World Surfing Games?

Fernando Aguerre (FA): The 2019 ISA World Surfing Games presented by Vans was nothing short of incredible. Every nation brought their surfing dream teams, a record-breaking 55 nations from all continents participated, and Japanese fans poured onto Kisakihama, in Miyazaki’s tropical beaches in the tens of thousands. It surpassed all my expectations. 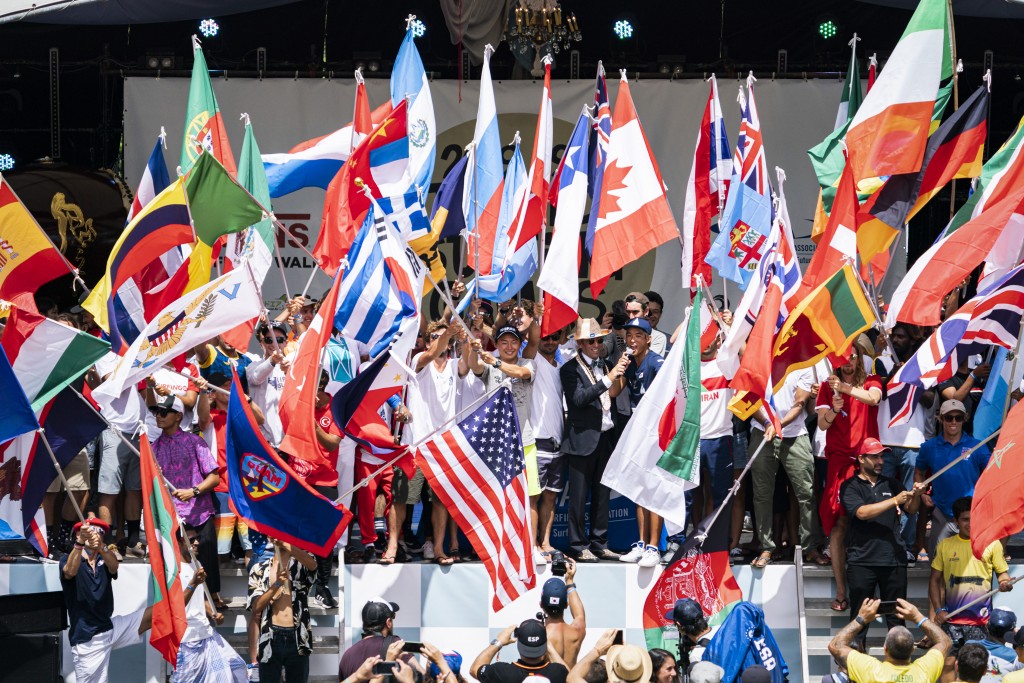 ISA: Why do you think it was such a success?

FA: A big driver was that ALL the world’s best surfers showed their true passion and enthusiasm for the sport and the Olympic spirit. Some were competing with Olympic qualification at stake, which brought the intensity to a level never before seen in the event. Others who were not surfing for qualification competed with the pride of a whole nation behind them. These factors together made the dynamic very special.

ISA: What does this mean for ISA and Surfing?

FA: This is another milestone in the ISA’s drive to grow the sport globally and showcase our amazing talent. We shattered records with surfers from 55 countries and we are nearing our goal of 50/50 participation between men and women, as women made up 43% of the competitors.

Surfing is a fast growing sport that appeals to people of all races, social status, creed, and gender, and clearly its joy is reaching more and more people around the globe. The ocean is a true democratic field of play. All are welcome and the waves belong to all, not to any single group. These values underline our ultimate goal of making the world a better place through surfing. 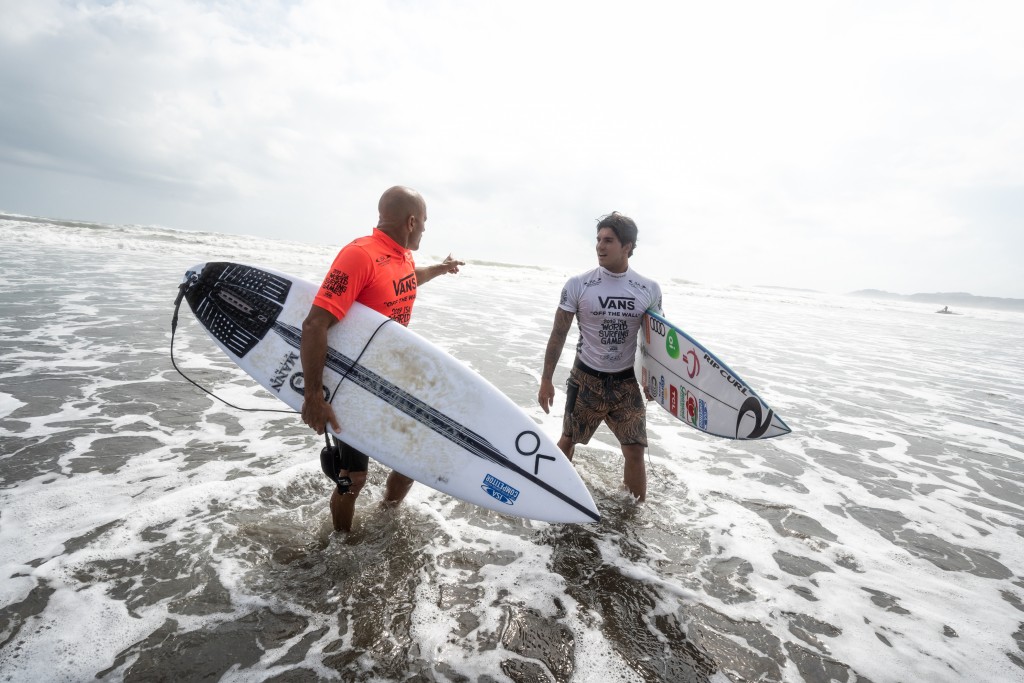 While speaking about the World Surfing Games, USA’s Kelly Slater said, “It was really fun and great meeting all the countries from around the world here. With all the camaraderie between the teams, this is one of the more fun events that you can surf in.” Pictured, Slater discusses his heat with Brazil’s Gabriel Medina. Photo: ISA / Sean Evans

ISA: What does this show about the value of Surfing to the Olympic Movement?

FA: The World Surfing Games was a taste of what Surfing will bring to the Olympics, the greatest sporting stage in the world. The passion, youthful energy and lifestyle seen was huge and the fan base highlighted the value that surfing will bring to Tokyo 2020 and beyond. It is confirmation that Surfing is the new, cool sport in the Games that will attract new audiences and excitement. 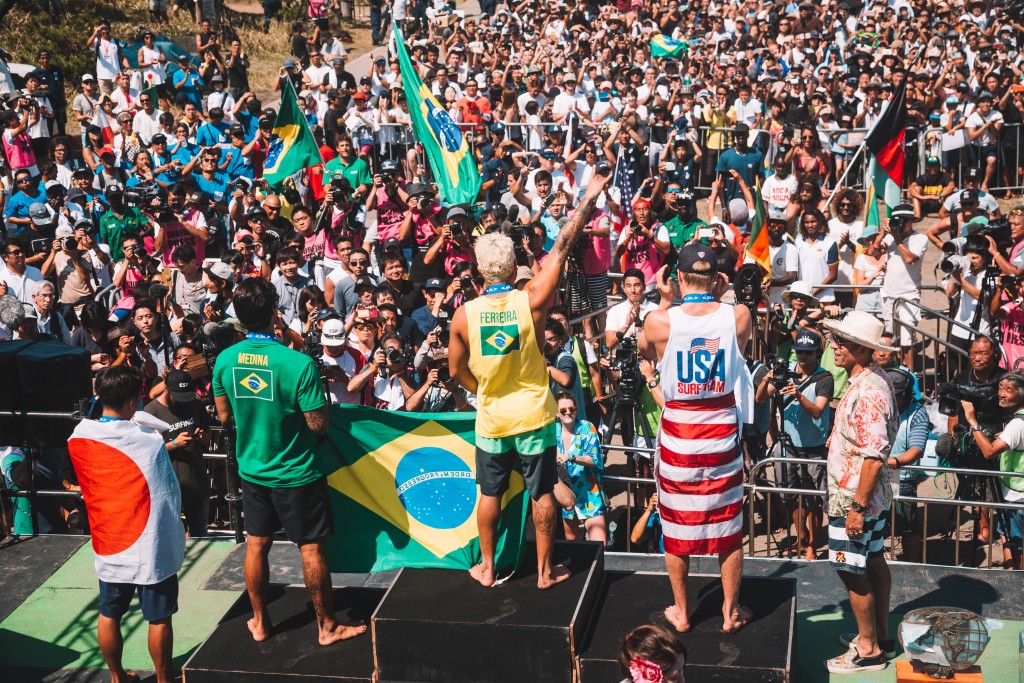 ISA: How was Japan / Miyazaki as a host?

FA: The organization of the event was world-class and once again Japanese surf fans showed us the huge popularity of the sport within the country. Miyazaki proved to be an excellent venue with exceptional waves and a festival area nearby that showcased the cultural values of our sport through music and art. Warm weather and water was also a huge plus.

FA: Next stop on our journey to Tokyo 2020 is the 2020 ISA World Surfing Games, which will qualify five additional men and seven women surfers for the Olympics. The location is still to be announced, but we are confident that we will build upon the success of the 2019 edition and create an excellent runway to the Tokyo 2020 Games. 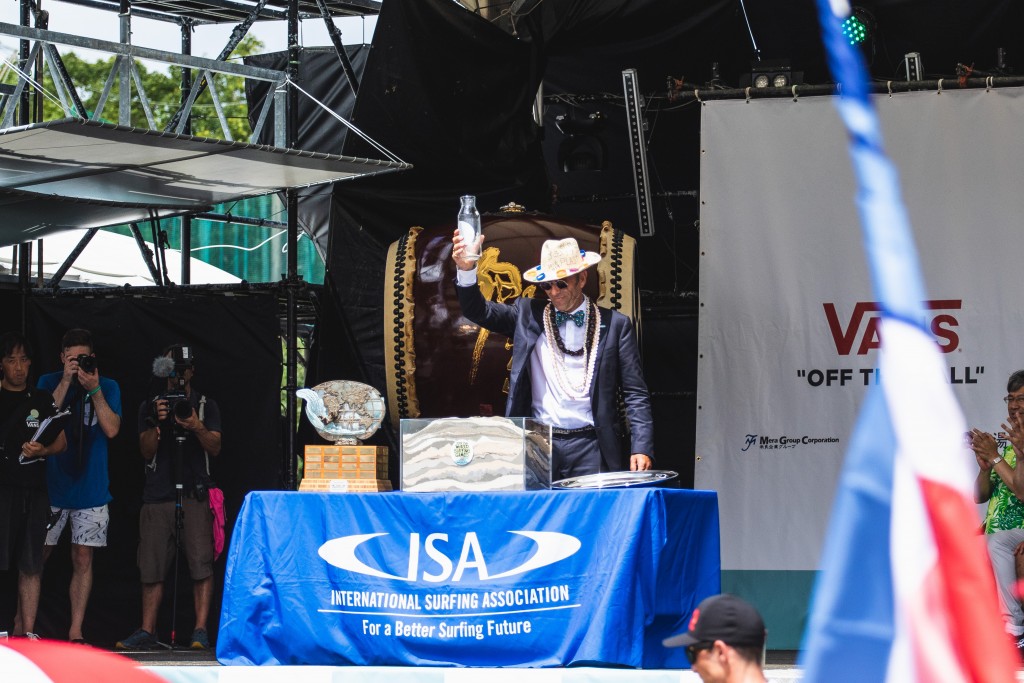 Aguerre pouring sands from Rio De Janeiro collected from the day Surfing was included in the Olympics during the IOC Session at the Rio 2016 Games. 55 sands from around the world were poured in this container, symbolizing the world coming together in peace through surfing. Photo: ISA / Pablo Jimenez