Salvadorian SUP surfer Alex Novoa: “After being in war for so many years, it’s amazing to see the country’s image shift towards surfing”

The SUP surfers got their chance to take to the water on the fifth day of competition at the 2019 Surf City El Salvador ISA World SUP and Paddleboard Championship at El Sunzal.

With thirteen of fifteen Gold Medals awarded through the various SUP and Paddleboard racing divisions during the first four days of the event, the Men’s and Women’s SUP Surfing will determine who will be crowned the Team World Champion.

Currently France, Spain, and USA remain in contention, with France currently in the lead, able to control their own destiny with strong podium performances in SUP Surfing.

France’s Benoit Carpentier was the top performer of the day with the highest wave score (8) and heat total of 15.90. Carpentier will be looking for his first Gold in the event, having earned the Bronze Medal in 2017. 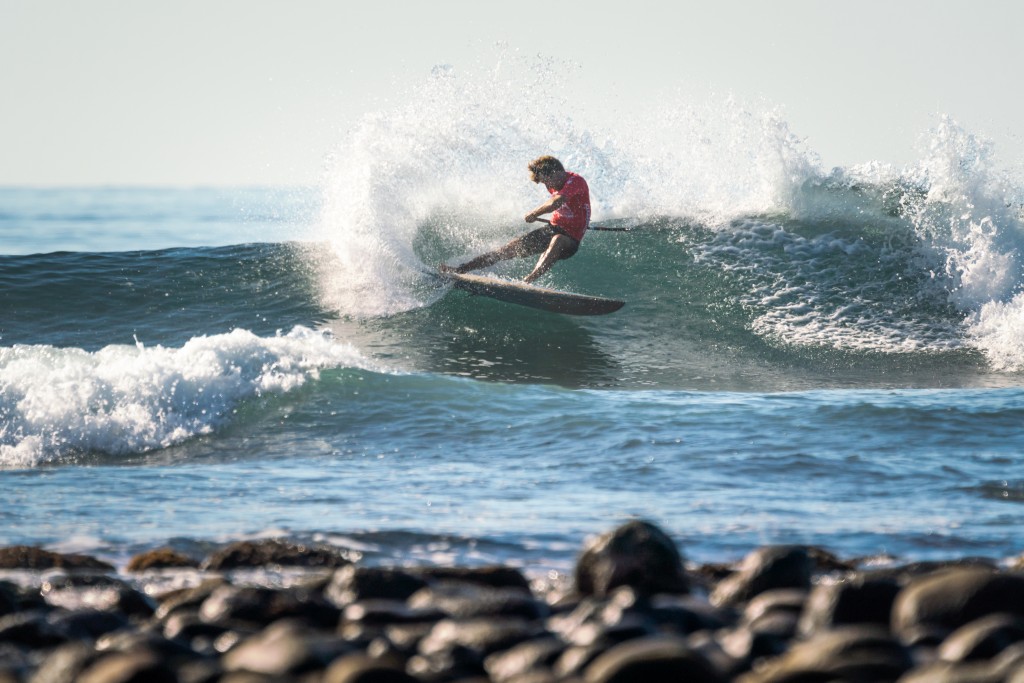 France’s Benoit Carpentier on his way to earning the top heat score of the day among the Men’s and Women’s Division. Photo: ISA / Sean Evans

Westdorp will have a tough path to retain her Title, as strong SUP surfers such as Peru’s Brissa Malaga and Vania Torres, USA’s Candice Appleby, and France’s Justine Dupont all showed impressive surfing on Thursday. 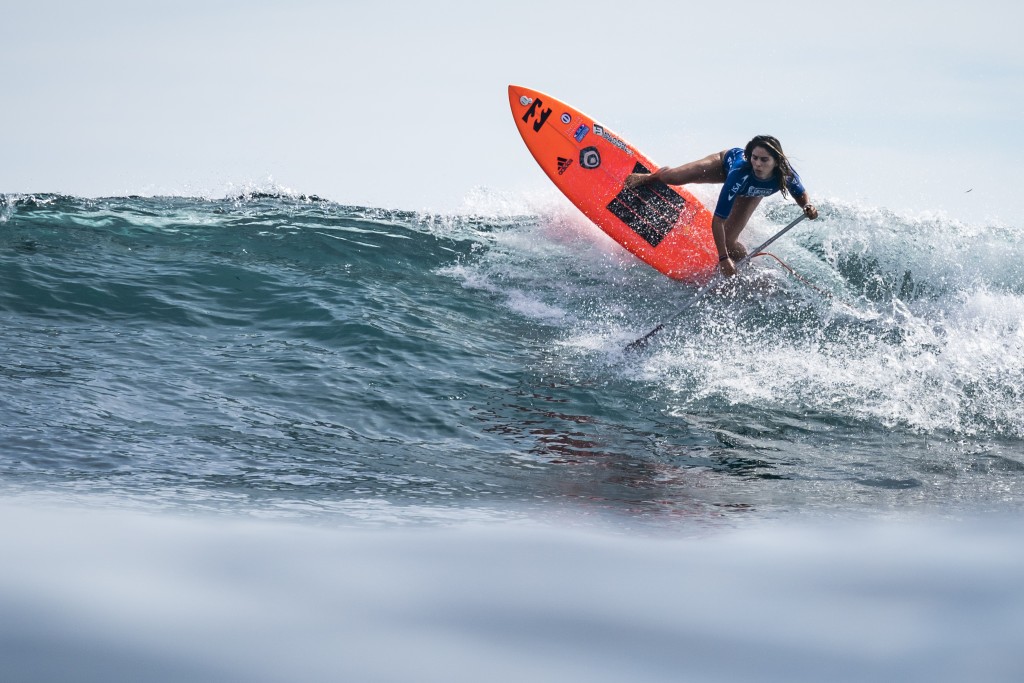 Peru’s Vania Torres placed on the podium at the Pan Am Games with SUP Surfing Silver Medal and will look for another medal here in El Salvador. Photo: ISA / Been Reed

USA’s Zane Schweitzer, who along with Westdorp is a former Gold Medalist participating in the event, got off to strong start in the competition moving through the Main Event.

El Salvador’s Alex Novoa did not advance through his Round 1 heat, but due to the double elimination Repechage format, he will get another chance to advance in the competition.

Novoa, smiling ear to ear despite not passing through his heat, spoke about how surfing is playing a key role in shaping the global image of his country.

“As an athlete it’s a dream to be here,” said Novoa. “Being part of the national team is a big deal.

“This is the first time that the government has put so much energy and focus on surfing. This is what the country needs.

“As Salvadorians, being in war for so many years, with constant violence and delinquency, to see [President Bukele] change the country into a place to practice youthful activities such as skateboarding, surfing, breakdance and hip hop is amazing.” 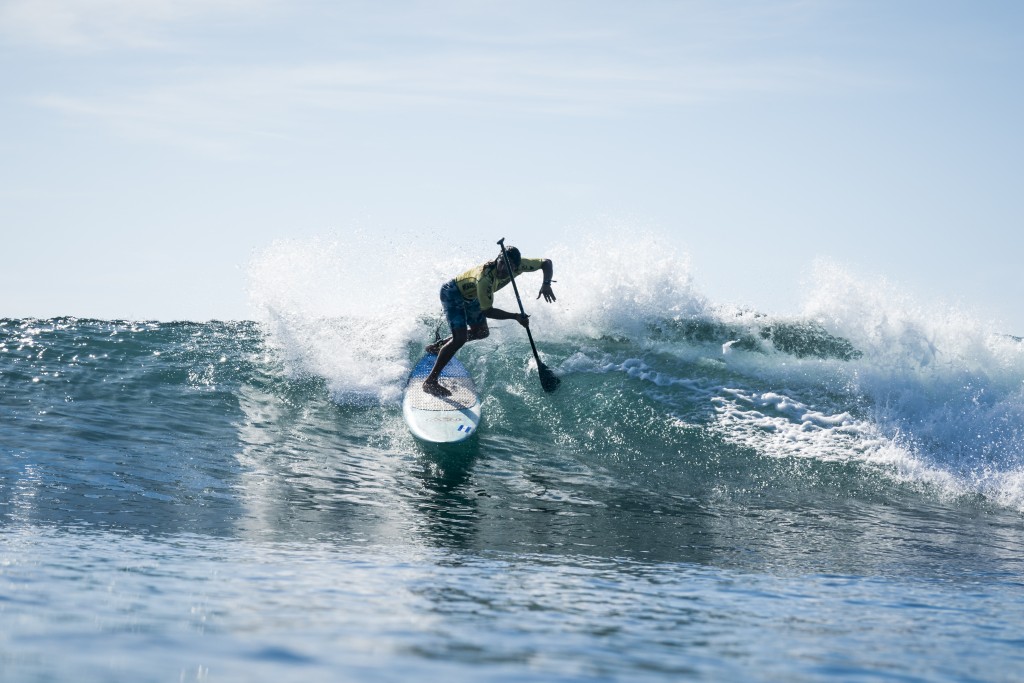 Mexico’s Alejandra Brito also didn’t advance through her round 1 heat, but she expressed her pride in representing female surfing in her nation.

“The fact that I get to carry my flag this year is a total honor,” said Brito. “Mexican women surfing is growing right now and the stoke is so high.

“El Salvador is paradise. The people here are so friendly and welcoming. I had no idea that the country was like this. It’s definitely a hidden gem.”

The official Surfline forecast is calling for a new south swell to build on Friday, top out on Saturday, and hold strong for Finals day on Sunday.

“Today we got to enjoy another discipline of StandUp Paddle, SUP Surfing, and the world’s best men and women put their talent on display in the clean, long waves of El Sunzal.

“With a new swell timing perfectly for the end of the window, we are in store for quite a show from the top athletes in the world.”