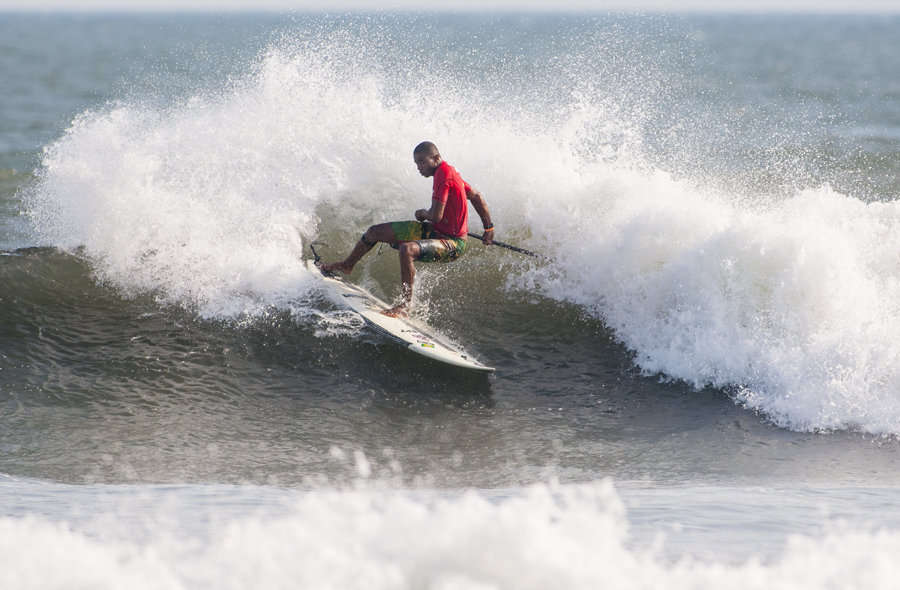 Brazil’s Carlos Bahia was one of the standouts of the day, who will attempt to make the Grand Final through the Repechage Rounds on Tuesday. Photo: ISA/Rommel Gonzales

La Boquita, Nicaragua, May 5, 2014- The 2014 Men’s and Women’s SUP Surfing Gold Medalists will be decided on Tuesday, the Final Day of the SUP Surfing portion of the 2014 ISA World StandUp Paddle and Paddleboard Championship (WSUPPC) in Nicaragua. 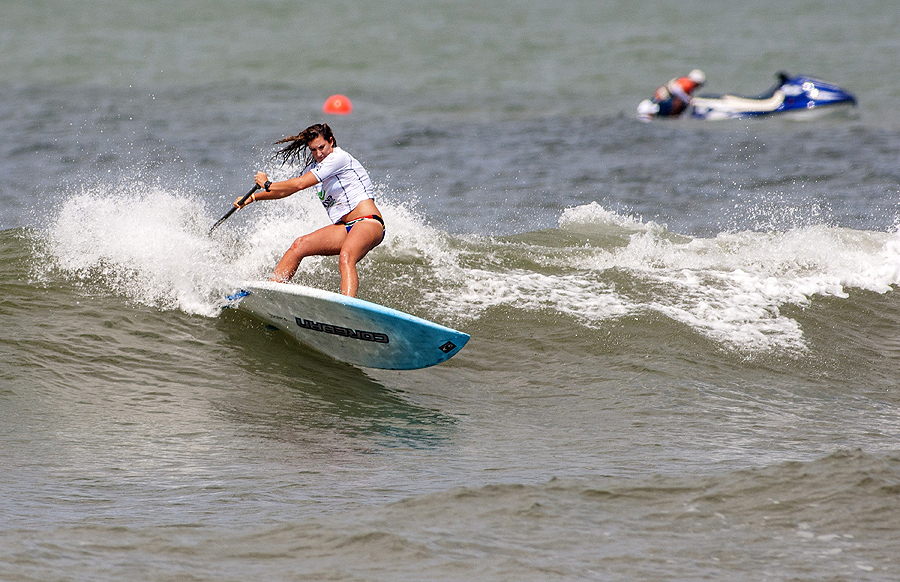 South Africa’s Tarryn Kyte dropped to the Repechage Round today in a tough heat, but is determined to make her country proud and win a medal. Photo: ISA/Rommel Gonzales

SUP Surfing competition continued on Monday, Day 2 of the ISA WSUPPC with excellent performances from the best men and women SUP Surfers in very contestable waves in La Boquita, Nicaragua.

The surf conditions in La Boquita offered long rides, allowing the surfers to perform a variety of maneuvers. The surf remained contestable in the 2-3 feet range, with bigger sets during the favorable high tide in the morning and late afternoon. With the low tide at 12:30pm, contest organizers decided to take a two-hour break, to allow the surfers to take advantage of the best surf on offer. 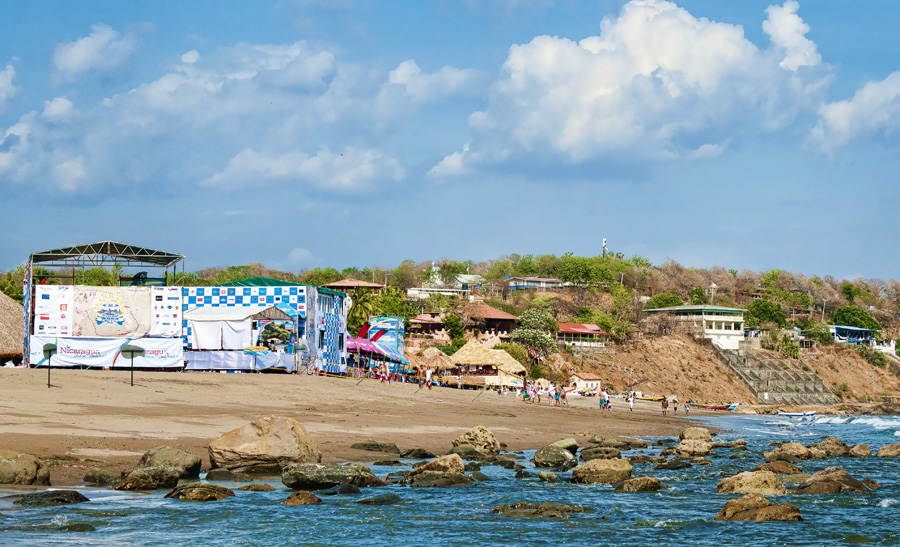 “Today was one of the most exciting small wave SUP Surfing days in competition I have ever watched!,” remarked an elated ISA President Fernando Aguerre. “Tuesday, the Final Day of the SUP Surfing competition is going to be a spectacular day as the surf is expected to get bigger. The competition has reached its most critical stage, as the new Men’s and Women’s SUP Surfing World Champions will be crowned. I wish the best of luck to all of the competitors.” 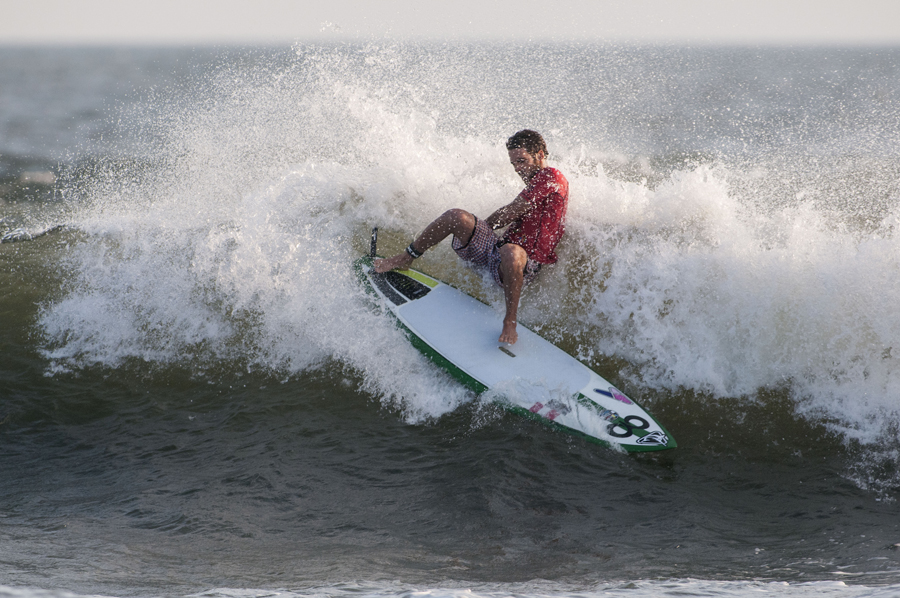 Day 2 started with Qualifying Rounds 3 of Men and Women SUP Surfing. The standouts of the round were France´s Jeremy Massiere and Emmy Merrill, from USA.

Up next, the Repechage Round took place and the first competitors were eliminated from the event.

The standout of the round was the 2013 ISA Men’s SUP Surfing Gold Medalist, USA’s Sean Poynter, who managed to post the highest total heat score and individual wave of the event, so far, of 16.40 and 9.33 respectively. 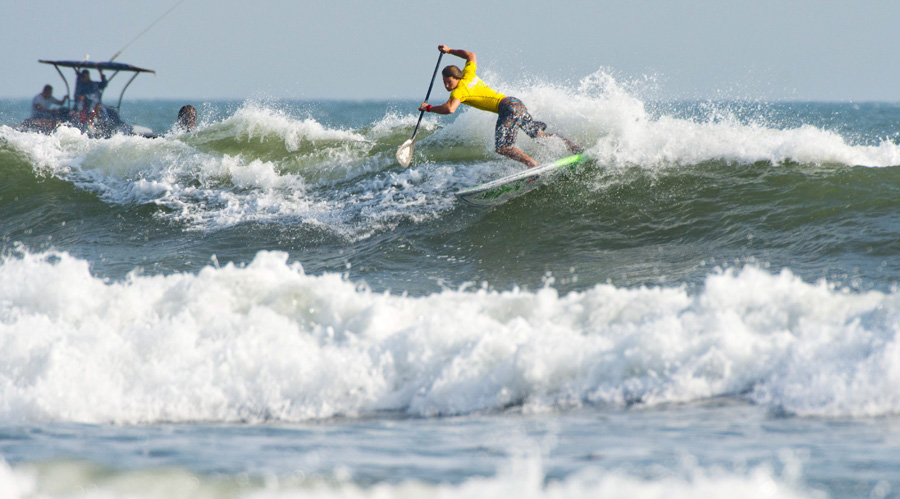 “Yesterday was a shock for me, I didn’t link with any waves,” said Poynter. “I wanted to turn it around today, so I put out my best, got some waves under my belt and raised the score lines. I’m not done yet, I still have a lot more surfing to do ahead of me to make it to the final round, but I’m feeling good and looking forward to tomorrow.”

In the Women´s Repechage, the 3-time Australian SUP National Champion, Shakira Westdorp posted the highest heat total score of the round, 11.50, to defeat Costa Rica’s Jenny Kalmbach (4.97) and Holly Bassett (2.37) from Great Britain.

Day 3, will begin with The Morning Show at 7:40am hosted by Beau Hodge and will feature South Africa team members Justin Bing and Tarryn Kyte, followed by the competition with: 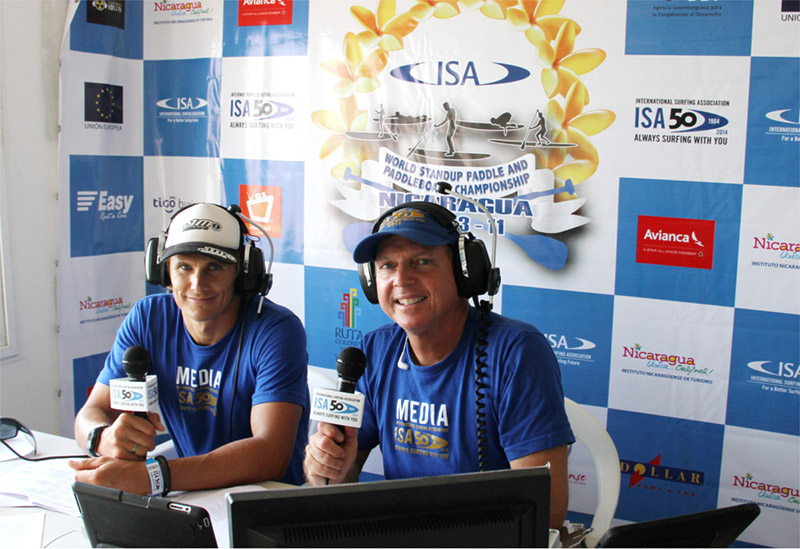 Here is the schedule for the third day of the 2014 ISA World SUP and Paddleboard Championship live webcast: