A record-breaking 71 athletes from 22 nations paraded along the beach of Riyue Bay in Wanning, China today to inaugurate the 2018 ISA World Longboard Surfing Championship. The competition will begin on Saturday as the world’s best longboarders take to the water to represent their nations and compete for Gold. 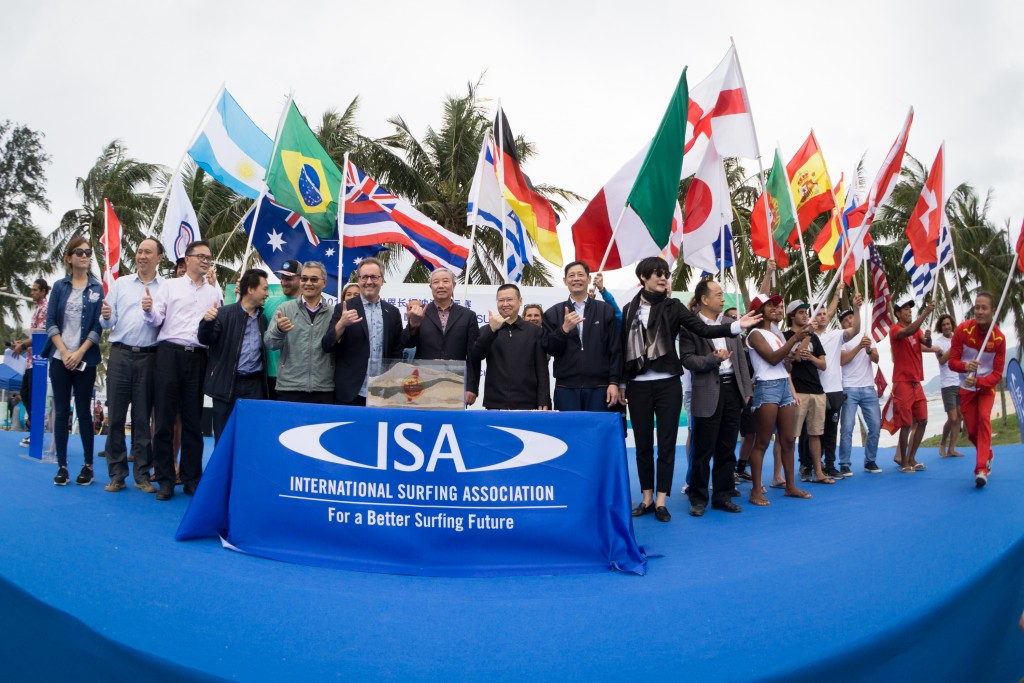 This historic edition of the event marks the first time that the ISA World Longboard Surfing Championship has been held in China, building on the ISA’s legacy of holding major events in the country since 2012.

In attendance at the event was Chinese IOC Vice President Yu Zaiqing to give the event his blessing and declare it officially open.

“Allow me to take this opportunity to express my sincere welcome to all here in Wanning to participate in the 2018 ISA World Longboard Surfing Championship,” said Yu Zaiqing. “I would like to congratulate the ISA, the city of Wanning, and the Chinese Extreme Sports Association for getting together to organize this world championship.

“My appreciation also goes to the ISA for giving China the opportunity to experience the organization of this championship. I would like to express my sincere thanks to Hainan province for giving this event strong support.” 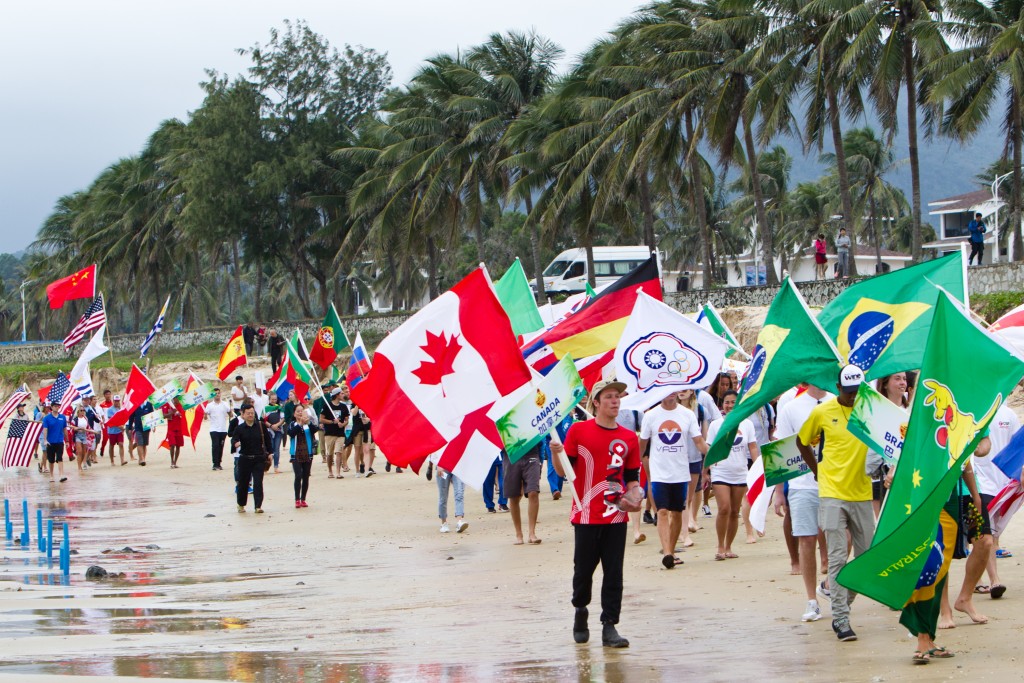 The festive Parade of Nations heads down the beach at Riyue Bay en route to the Opening Ceremony stage. Photo: ISA / Tim Hain

All the nations participated in the ISA’s signature Sands of the World Ceremony, mixing their sands in a clear container to symbolize the peaceful gathering of nations of the world through Longboard. 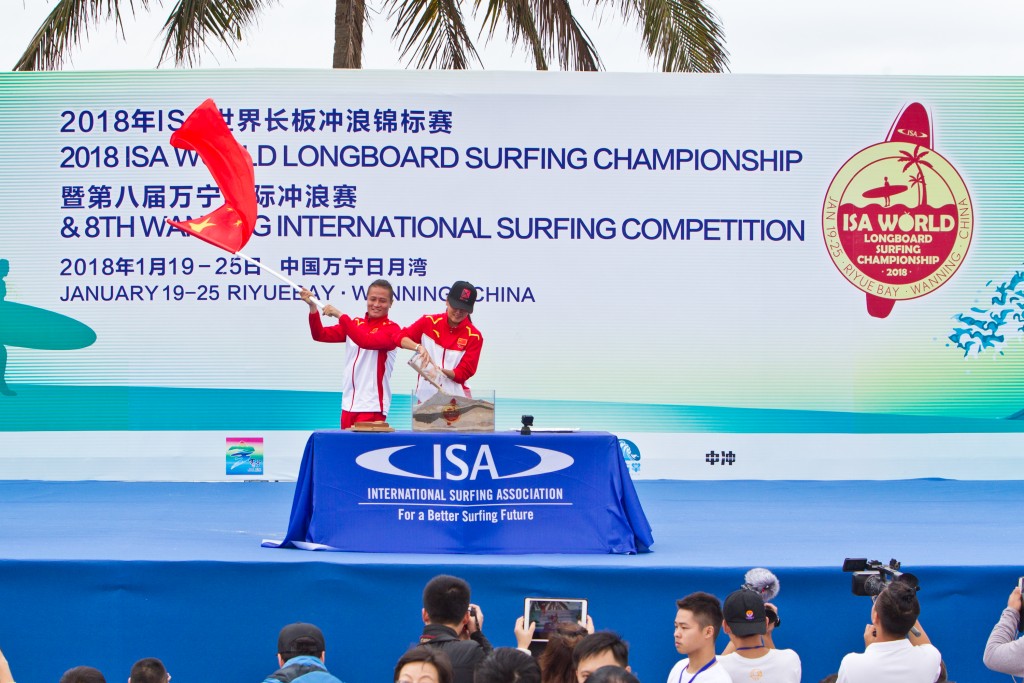 Team China participates in the Sands of the World Ceremony, putting the growth of Surfing in China, and specifically Hainan, on display. Photo: ISA / Tim Hain

“I would like to send a warm welcome to all the visiting athletes from around the world. Wanning is a city of longevity and surfing, a city of passion, vigor, and competitive sport. Over the past years we have vigorously developed the culture in the industry of sport and improved our infrastructure.

“Sport and health have become the core values of Hainan and also have become the key element of a happy Wanning. We feel particularly inspired by the adoption of Surfing by the International Olympic Committee in 2016 into the 2020 Tokyo Games. We feel inspired by the fact that in September last year Wanning was identified by the National Chinese Surfing Team as a training base.

“We are confident that we will build Wanning into a capital of international surfing and make Wanning a bright highlight as a coastal city.” 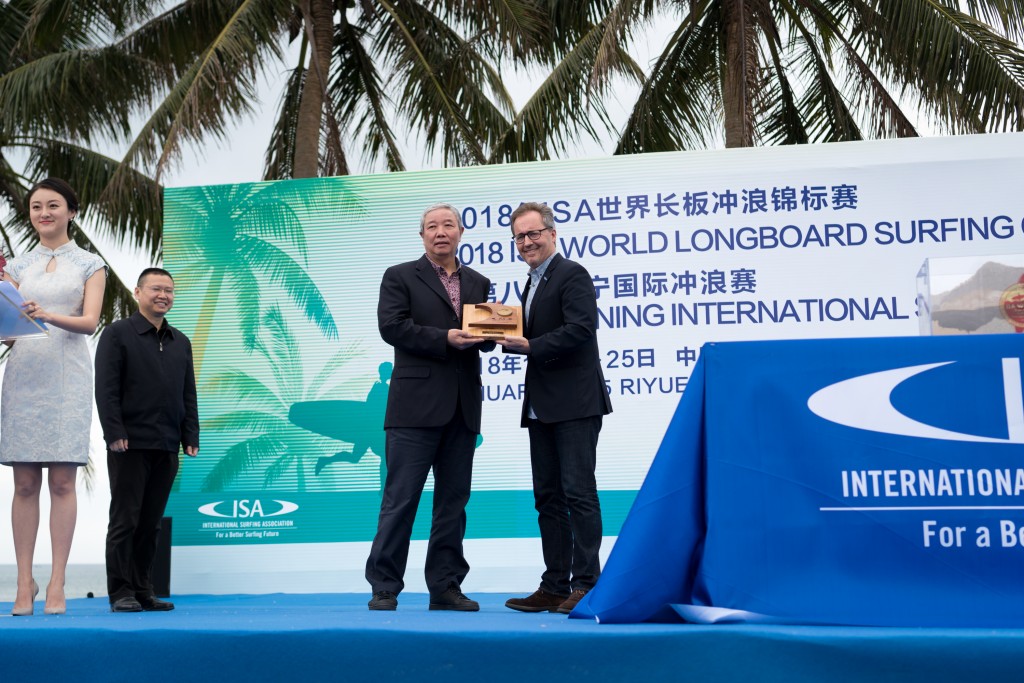 “On behalf of the ISA President, who unfortunately couldn’t be here with us today, it is my distinct pleasure and honor to welcome all the competing surfers and delegations from around the world for the ISA World Longboard Surfing Championship.

“The world surfing family is very happy to be back in this beautiful Riyue Bay in Wanning, China.

“This spectacular Island of Hainan in the great country of China represents a new frontier for the sport of surfing and the ISA.

“We are very grateful to the leadership of Wanning, the Province of Hainan, and to the central government of China for their critical support and for their appreciation of the value of surfing for this region and beyond. We are especially pleased to have with us today the Vice President of the International Olympic Committee, Mr. Yu Zaiqing.

“Most importantly, we are here today to celebrate you, the longboarders who have travelled from around the world to compete for your nations You inspire us with your performances, your passion, and your national pride. You will show the world that surfers can come together and compete in fairness and friendship regardless of the boundaries that divide us.

“You may not all return home with gold medals, but through your participation here, you will not only be ambassadors of your sport, but also of friendship and international understanding.”

The schedule for Saturday’s competition is the following*:

The schedule for the remainder of the event is the following*: