ISA President Fernando Aguerre: “This is an incredible, historic time for the sport”

240 athletes from 55 nations have gathered in Miyazaki, Japan, set to celebrate the inauguration of the 2019 ISA World Surfing Games presented by Vans at the Opening Ceremony on Saturday. 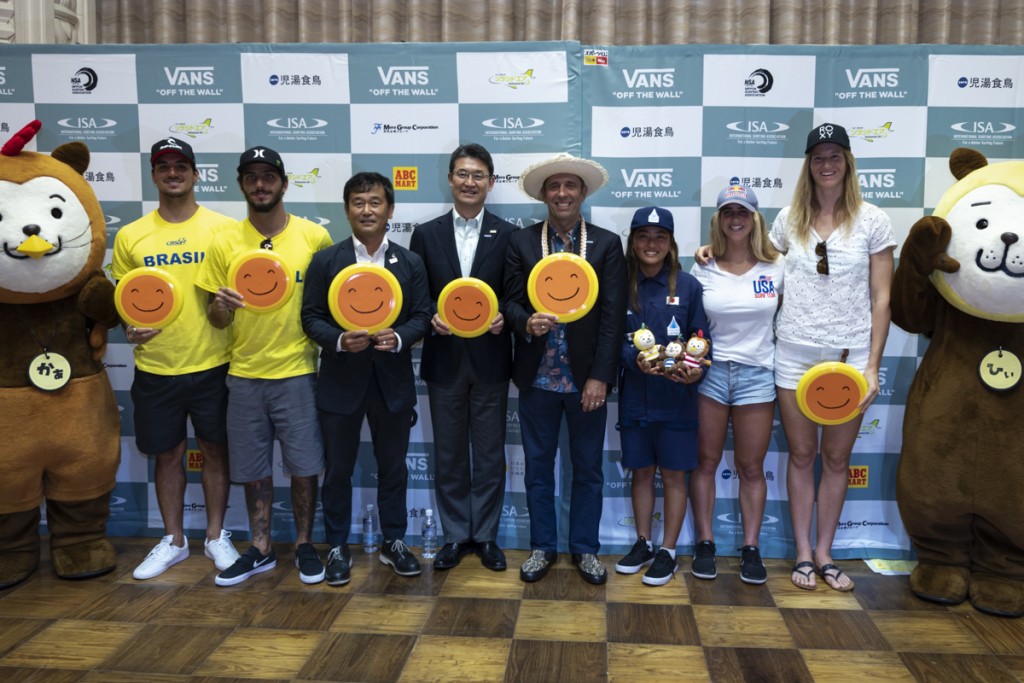 The athletes hailing from all continents of the globe will kick off the festivities with the Parade of Nations and the legendary Sands of the World Ceremony.

2019 is set to be a historic edition of the event, as it will be the first to directly qualify athletes for the Tokyo 2020 Olympics.

The official press conference gathered top dignitaries and athletes on Saturday afternoon ahead of the inauguration of the event.

“As the first edition of the World Surfing Games to qualify athletes for the Olympics, this is an incredible, historic time for the sport,” said ISA President Fernando Aguerre to kick off the press conference.

“24 years ago Olympic Surfing was a crazy dream. But everything starts with a crazy, impossible idea to make a dream become a reality. We’ve now brought surfing to the greatest sporting stage, the Olympic Games.”

“Miyazaki is a tropical surfing paradise and I would like to thank the governor and the people of Miyazaki for once again receiving us with open arms.”

“We extend a very warm welcome to all the best surfers from around the world,” said Kono. “With Olympic inclusion, surfing is growing and gaining in popularity around the world, so I recognize the importance of bringing this event to the Miyazaki Prefecture.”

Sakai said, “As an enthusiastic surfer myself, I hope that this competition inspires many people to follow the sport and that it strengthens the position of Surfing among other major sports in the Olympic Movement.” 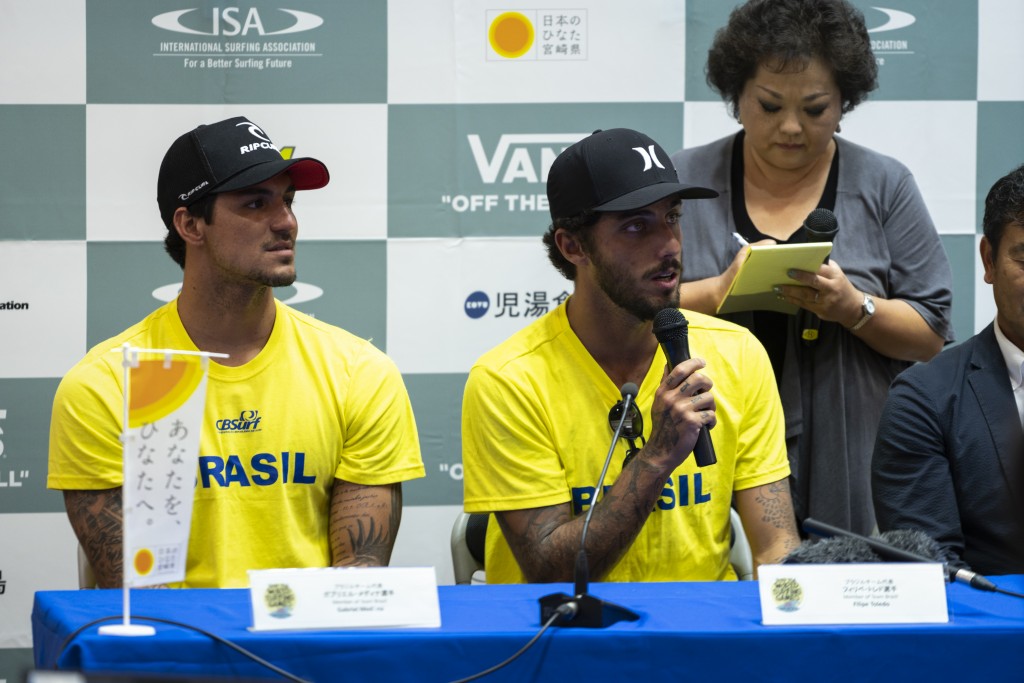 Brazil’s Gabriel Medina and Filipe Toledo share their excitement to represent their nation in the event. Photo: ISA / Ben Reed

Brazilian teammates, both past ISA Junior Gold Medalists, Filipe Toledo and Gabriel Medina, commented on the excitement ahead of representing their nations in the competition.

“It’s an honor to be here today,” said Toledo. “With 55 countries from around the world participating, this event truly shows you how big Surfing is.

“Surfing for a Gold Medal in the Olympics will be much bigger than anything that we currently have in the sport. There is a long road to Tokyo, but I hope to be there and win a Gold Medal for my country.”

“You have only one shot to perform at the Olympics, which makes it exciting and special,” added Medina. “I am excited to compete here in Japan for the first time. It’s a big moment for our sport.” 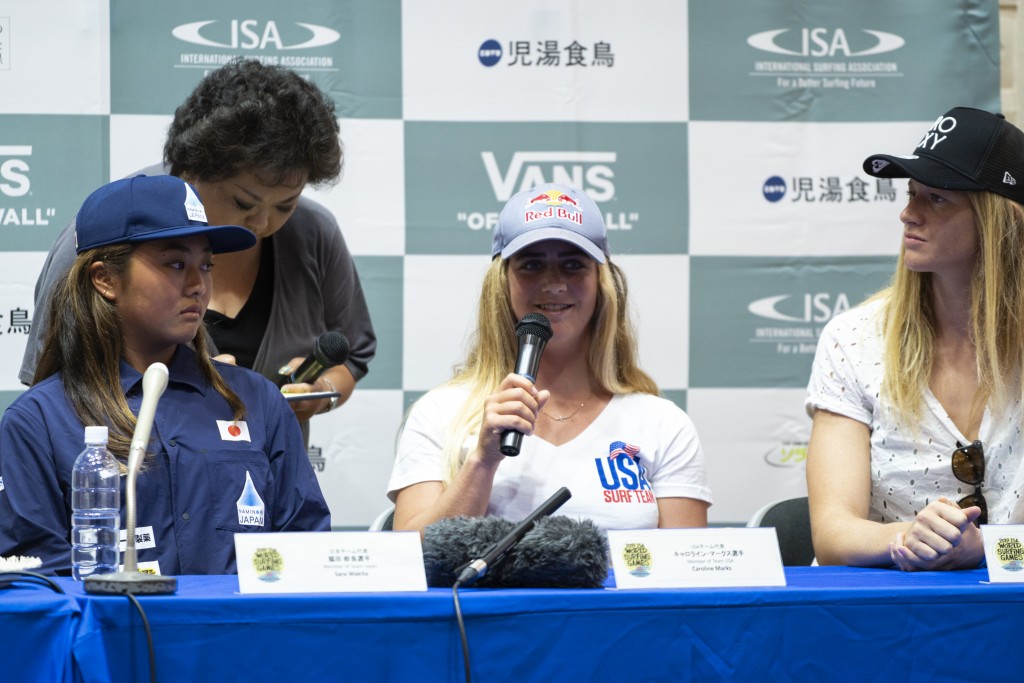 USA’s Caroline Marks, an ISA Junior Gold Medalist in her own right, shared her thoughts on returning to the ISA format.

“Surfing is such an individual sport, so to compete as a team and feel all the support is incredible,” said Marks. “I am looking forward to competing against so many people and countries that I don’t usually surf against.”

South Africa’s Bianca Buitendag added, “The opportunity to qualify for Tokyo 2020 at the World Surfing Games is particularly special for a country like South Africa.

“We don’t get as many opportunities or resources as some of the more developed nations, but it’s amazing that we have a real chance to qualify, as well as other African nations such as Senegal.

Sara Wakita represented the defending Gold Medalist and host nation of Japan, which earned its first Team World Champion Title at the 2018 edition.

“This is an exciting and honorable moment,” said Wakita. “The level of competition is high, but at the same time I would like to get a Gold Medal for Japan and I don’t think this is an impossible task.” 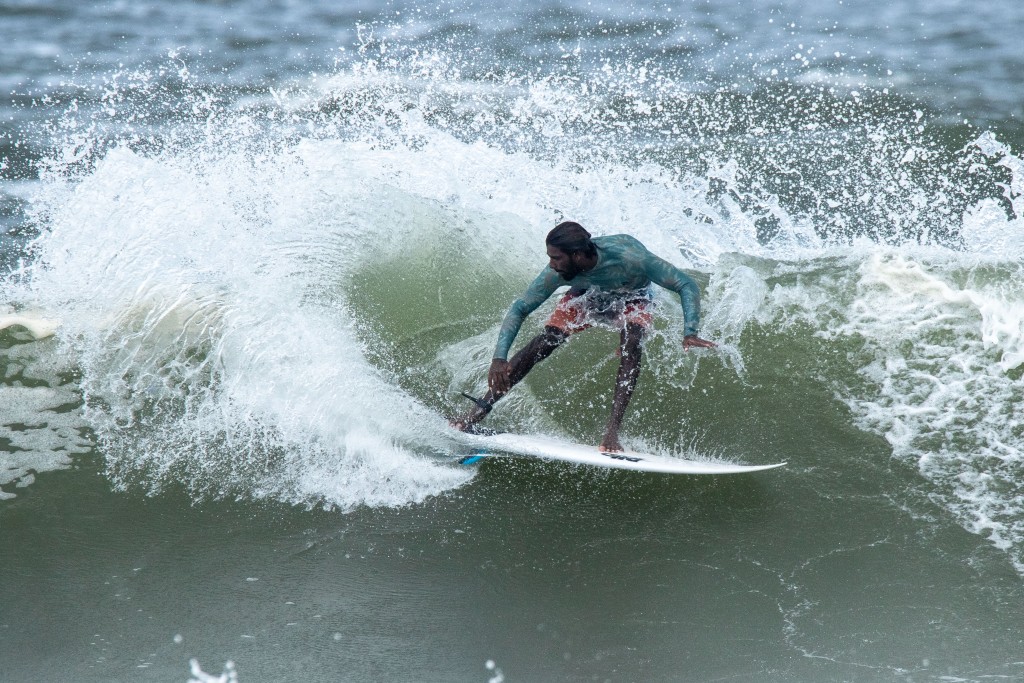 The 2019 WSG presented by Vans will commence at 11am on Saturday with the Opening Ceremony at the Miyazaki Prefectural Sports Park.

The tentative schedule is as follows: