The world’s best para surfers put their elite talent on display on the second day of competition at the 2020 AmpSurf ISA World Para Surfing Championship in La Jolla, USA.

Despite a flurry of uncharacteristic rain showers in southern California, competitors let their surfing shine through on the international stage. 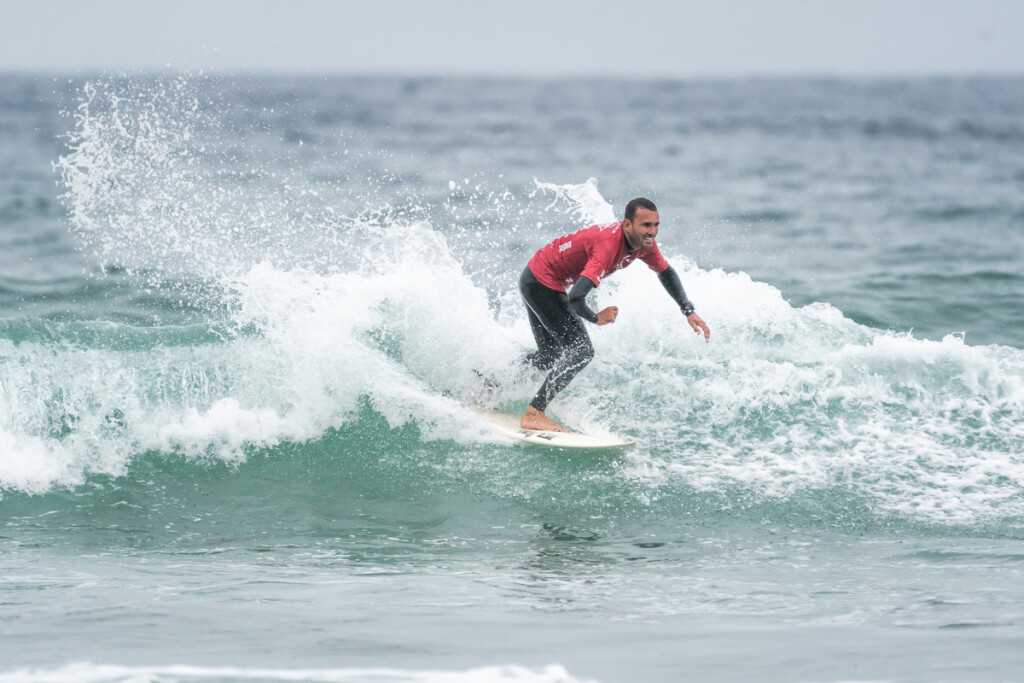 The 2016 and 2017 Team World Champion Brazil built on their momentum earned on day 1, with all-around excellent performances from multiple surfers.

Brazil’s Mike Vaz led the charge with a near-perfect wave score of 9.83 and an event-high heat total of 18.16.

Backing up Vaz’s performance for Team Brazil were the past ISA World Champion Davi Teixeira with a heat total of 13 points and Jonathan Borba with 12.67 points.

Australia’s Sam Bloom, a defending ISA World Champion, started her 2020 campaign off strong with the best women’s wave score and heat total of the day.

Bloom’s heat total of 15.33 put her in a solid position to advance into the single elimination rounds, one step closer to a chance to repeat a Gold Medal performance. 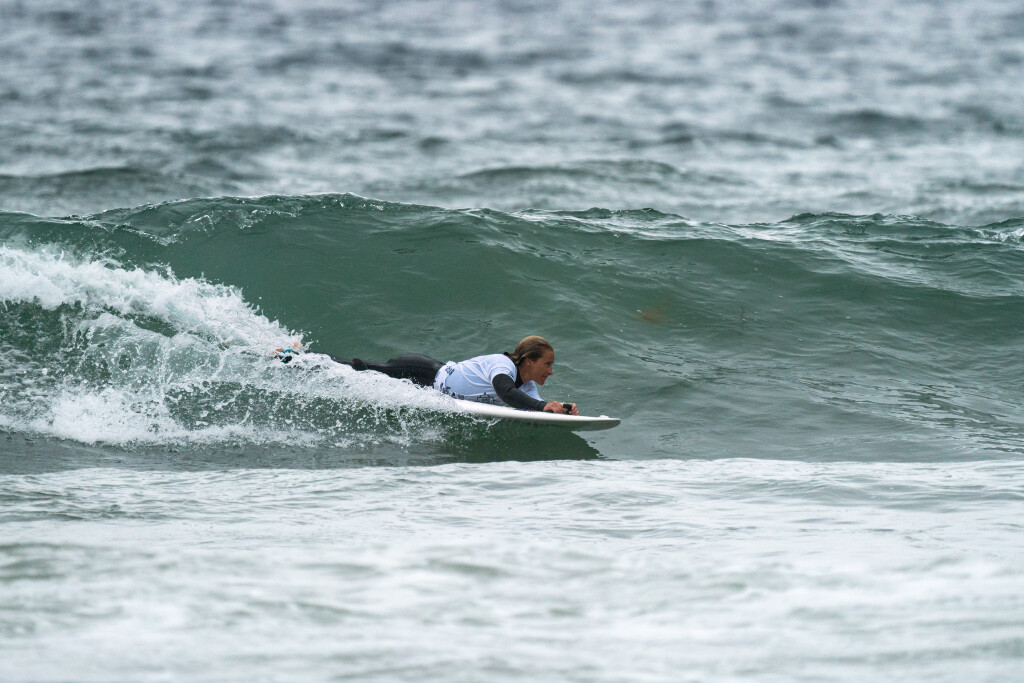 Lennox spoke about the inspiration that she has received from this competition.

“I’ve learned that I can do anything I set my mind to,” said Lennox. “I watch other people who are in similar situations, and I realize that I can do what they are doing too.”

The visually impaired surfers debuted on Thursday, with particularly inspiring surfing from Spain’s past World Champion Aitor Francesena, who earned the highest heat total for the division with 16.9, including a 9-point ride.

Martinez’s heat total of 14.66 was among the top totals for the competition on Thursday, adding a great boost of momentum to the host nation.

Martinez spoke about how surfing has played a key role in his story from injury to recovery.

“I stepped on an IED in Afghanistan in 2012, which left me in a coma for 10 days. I woke up staring at a doctor as a triple amputee.

“I started surfing through surf therapy at the Balboa Naval Medical Center in San Diego. The minute the water hit my body it was a huge change of events for me. I went from being a depressed human being, hating life, to complete happiness. I realized how much I wanted to be alive so I could go catch more waves.

“Being at this World Championship, I’ve learned that we all have different stories and situations, but we have this shared connection through surfing.

“My goal is a lot more than just winning the event. I would love to get first place, but I am just here to make sure that everyone else is having as great of a time as I’m having.

“We all get into tough situations, but the way we come out of it is what makes us who we are.” 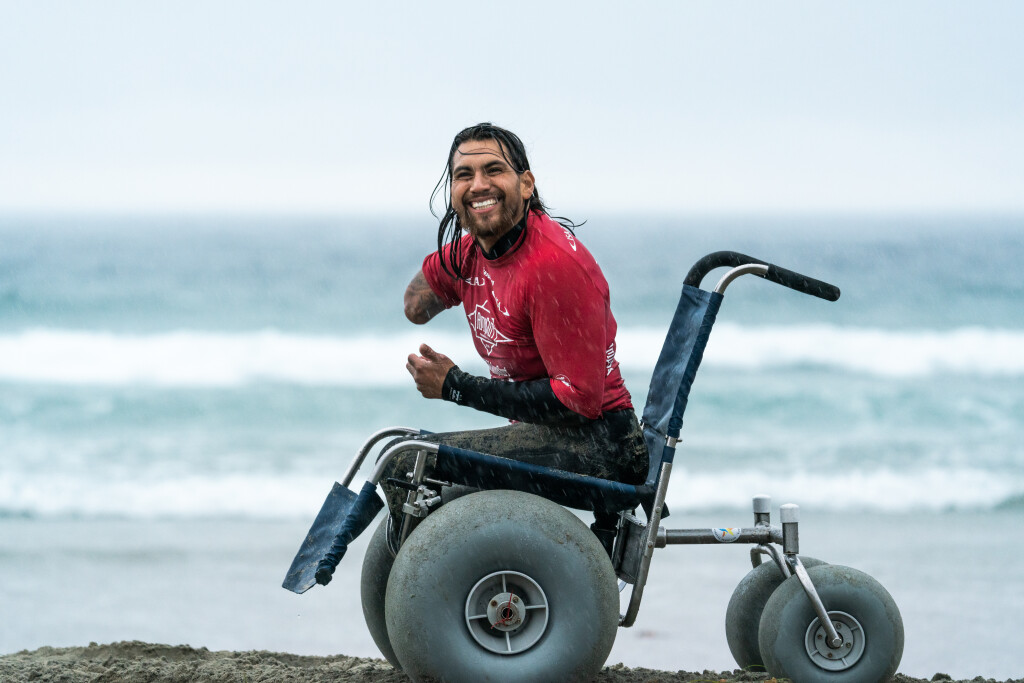 USA’s Jose Martinez grins from ear to ear after his debut appearance in the World Championship. Photo: ISA / Sean Evans

Still work to be done for those eliminated

The first eliminations of the event took place on day 2, narrowing the field of competitors in the Men’s Kneel Division.

The competition format is round robin, where each surfer competes twice, and the total of their best two waves, from either heat, ranks the competitors. A predetermined amount of competitors advance past the round robin stage into single elimination.

The six eliminated competitors may be out of the competition, but due to the team nature of ISA World Championships, their energy and cheers will still keep them busy as they support their fellow teammates, and the Para Surfing community as a whole.

“The camaraderie among teams and athletes is what makes this event especially unique,” said Aguerre.

“There is a strong bond between nations, heard through their cheer on the beach for their teammates and also fellow competitors.

“The ethos of Surfing is as alive as ever within the Para Surfing community, showcasing the true stoke, joy, and happiness that the sport can bring.”

*Due to surf conditions and the current travel restrictions surrounding the coronavirus, the competition has been pushed forward one day to finish on Saturday. Stay tuned to the event site for schedule updates.