After three days of world-class competition from the globe’s top para surfers, the stage is set to crown the Gold Medalists at the 2020 AmpSurf ISA World Para Surfing Championship.

16 World Champions will be crowned across the various men’s and women’s stand, prone, kneel, visually impaired, and waveski divisions, as well as the coveted Team World Champion. 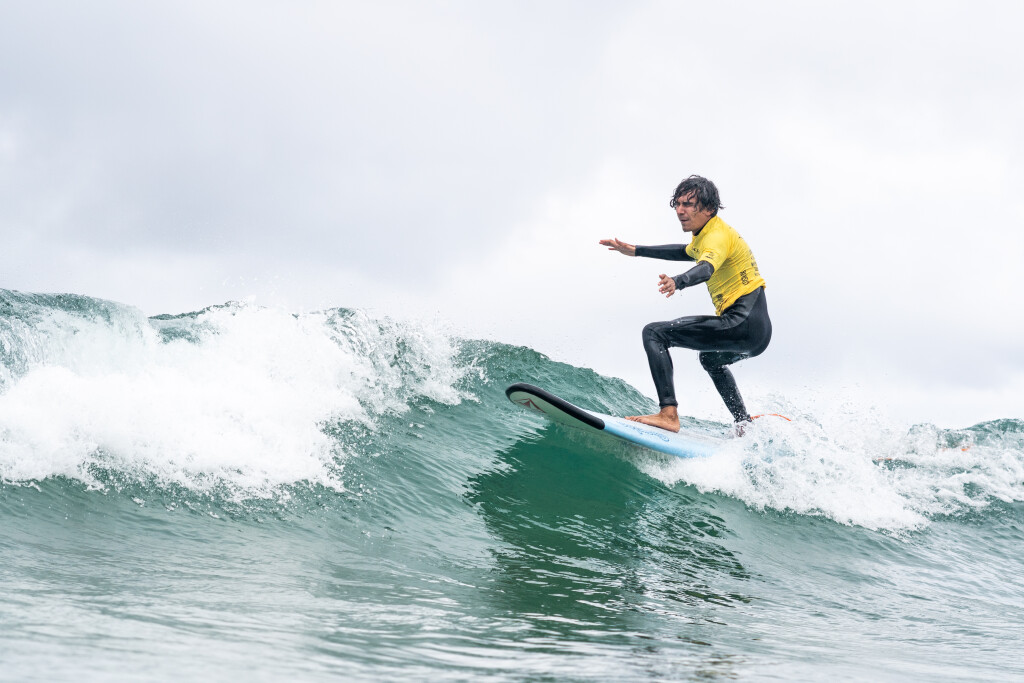 USA is the current defending Team World Champion, with Team Brazil earning two titles in 2016 and 2017.

Nine athletes will be defending their individual Gold Medals on Saturday, looking to add to their medal count, while others will look for their first medal.

Australia’s Sam Bloom is among the defending World Champions going for Gold. Bloom continued her scorching run through the event with the highest heat total of day 3, earning 16.34 in the Women’s Prone 2 Division.

“I felt awesome out there in the water today,” said Bloom. It was unreal because the waves are really glassy.

“I’d be stoked to get a Gold Medal again, for my country of Australia and for my sons back home.=

“The level of competition has grown heaps during this year with record participation of women. The more competitors the better it is for the sport.” 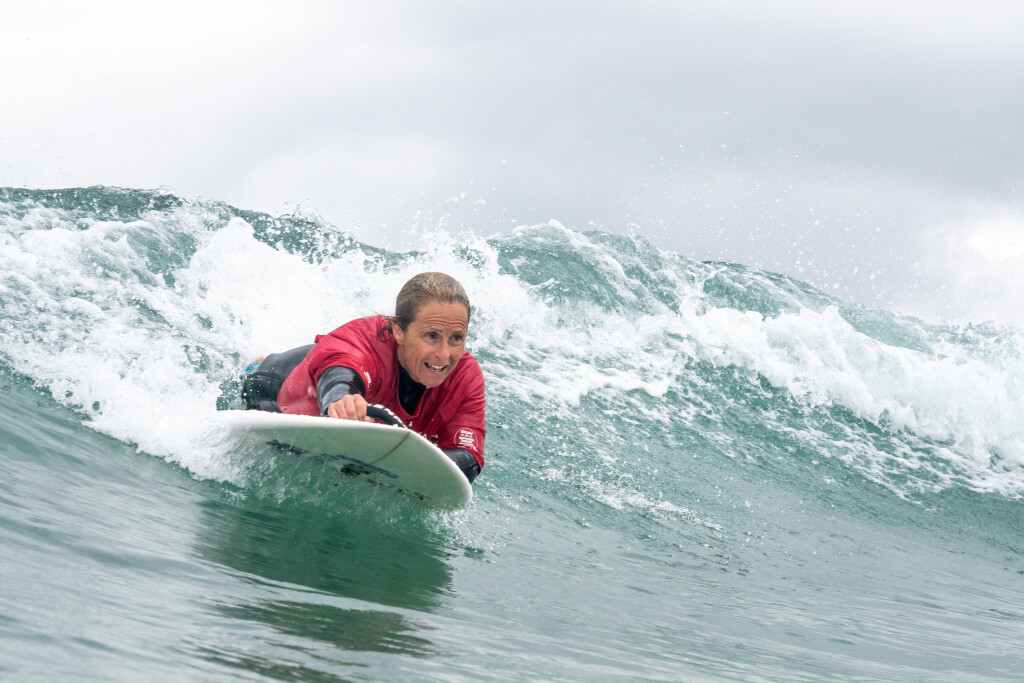 Denmark’s Bruno Hansen finished the Men’s Prone 1 Division with one of the top men’s heat totals (15.16) and the top seed, advancing to the single elimination rounds. Hansen will attempt to continue his unprecedented streak of four consecutive Gold Medals and earn a fifth on Saturday.

The Waveski Division debuted in the competition on Friday, with top performances from USA’s Ethan Kairer and Jeff Munson.

Colombia’s Freddy Marimon was not able to defend his 2018 Title and didn’t advance through to the single elimination round of Men’s Prone 2. Other past World Champions Jesse Billauer (USA) and Davi Teixeira (BRA) remain in the division’s draw and will have a chance to add to their medal tally on finals day.

No eyesight, no problem for Costa Rica’s Henry Martinez

The blind surfers took to the water again on Friday, displaying their impressive connection with the ocean.

Costa Rica’s Henry Martinez was one of the standout performers, accumulating enough points to advance to the final to guarantee his first medal in the event.

Martinez spoke about his experience surfing without eyesight.

“I started surfing three years ago and it was a total surprise.

“When the national Adaptive Surfing team asked me to join, I told them that I wasn’t an athlete. I was just a student.

“Many people ask me how I can surf if I don’t see, but I have a hard time answering because I don’t know what it’s like to see while surfing.

“For me surfing feels like a connection between me and the water, as well as with my coach who is my eyes in the ocean.

“I cannot see videos to improve my surfing, so we have to get creative and try a lot of things to train. I am one of the few blind people surfing in my country, so being here with other blind surfers in the global community is very important to me.” 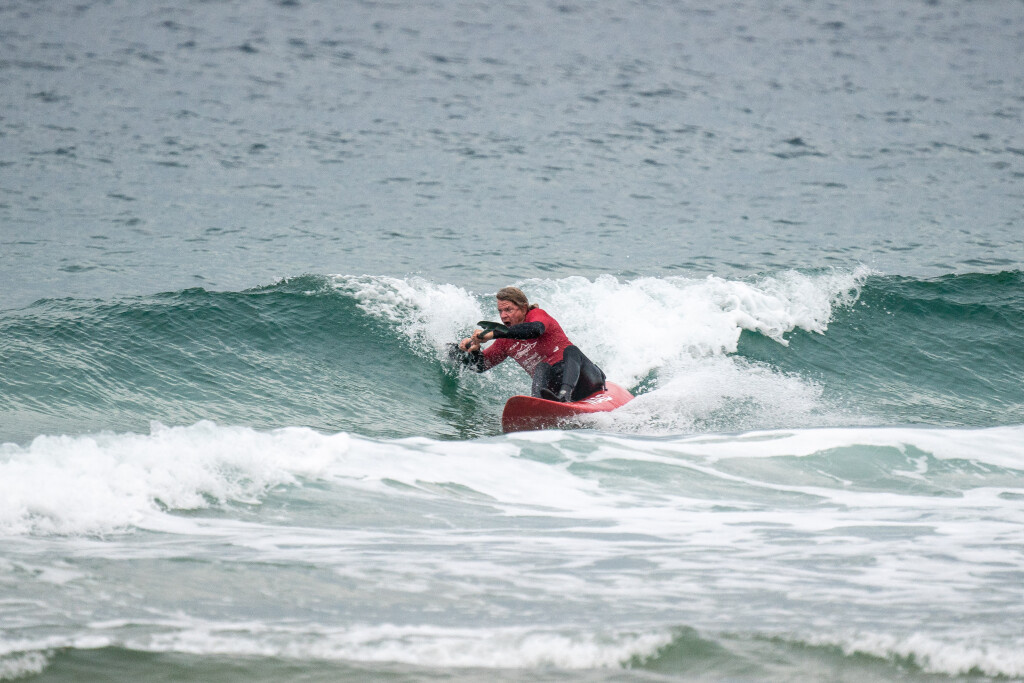 Sarah Bettencourt put on one of the top performances for Team USA in the prone 1, earning the division’s highest heat score (10.27) to advance to the final day of competition.

Bettencourt, who only started surfing three years ago, spoke about her deep, life-altering connection to the ISA World Para Surfing Championship.

“I am so stoked to advance to the finals and show the world that women’s Para Surfing is here to stay,” said Bettencourt.

“I found surfing in 2017 at this very event, participating in the clinic that was hosted in partnership with the Challenged Athletes Foundation. I met Christiaan ‘Otter’ Bailey and he’s been my mentor ever since. I was hooked.

“Surfing has given me that sense of freedom. I love the ocean. There is something healing about the salt water that makes me feel not so confined. When I am riding a wave I can’t get the smile off my face.” 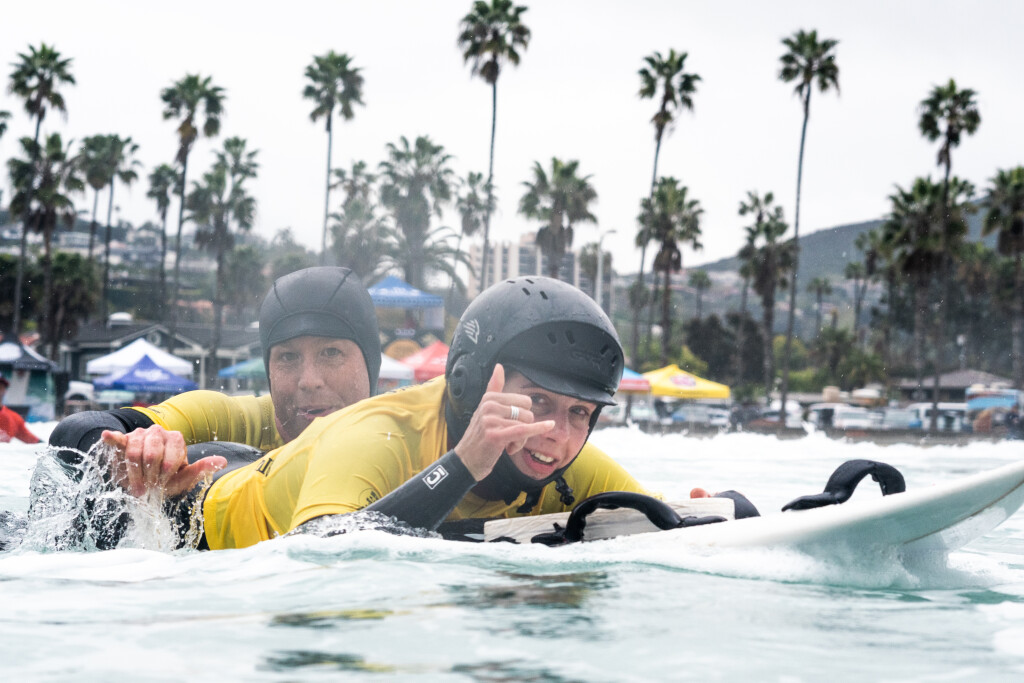 England’s Natasha Davies is stoked to head out for her heat in the Women’s Prone 2 Division. Photo: ISA / Sean Evans

ISA President Fernando Aguerre on the history in the making

“History will be made tomorrow in La Jolla,” said Aguerre. “New World Champions will rise to the top of the world of Para Surfing and the global will unite in celebration of the growth of the sport.

“Tomorrow we etch new names into the history books, surfers who have persevered through various challenges to become World Champions. This will be must-see surfing.”

*Due to surf conditions and the current travel restrictions surrounding the coronavirus, the competition has been pushed forward one day to finish on Saturday. Stay tuned to the event site for schedule updates.