Brazil holds lead in Team Ranking at the half-way point of competition with Peru, USA, and Australia trailing close behind 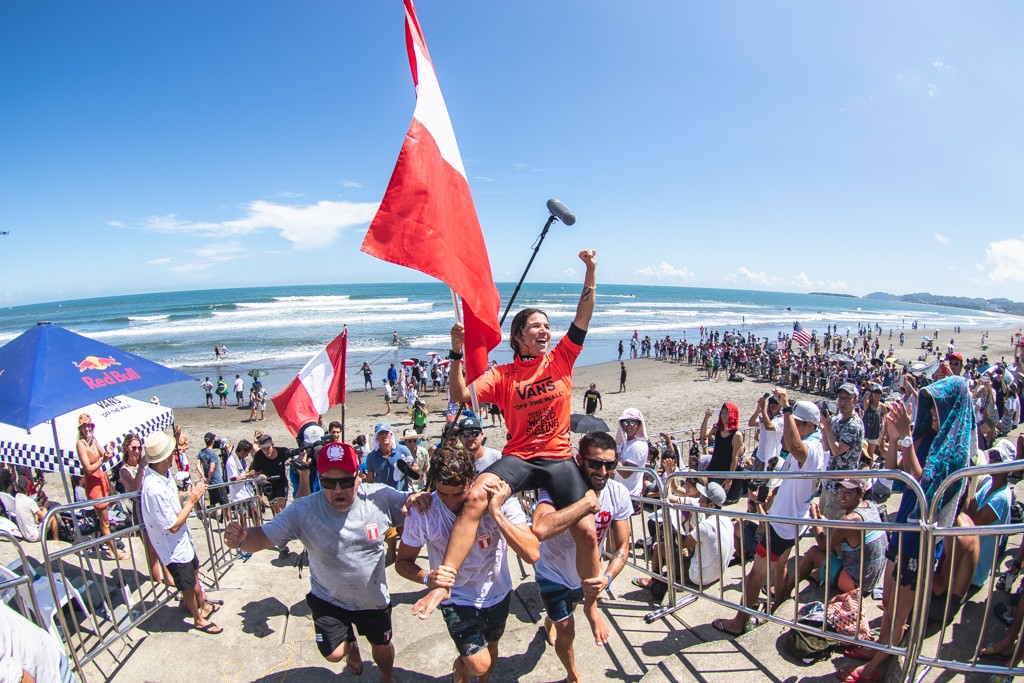 After winning her first ISA World Surfing Games Gold at the 2004 edition in Ecuador, Mulanovich returned to represent her nation and enter an elite tier of surfers that have two ISA Gold Medals to their name.

“I feel like I am in a dream,” said Mulanovich. “It’s so amazing to be here and win a Gold Medal against the best surfers in the world.

“I won the 2004 ISA World Surfing Games, so coming back in 2019 and winning again is crazy. It’s been so long and it’s a magical moment.

“This Gold Medal means the world for surfers in Peru. Two Peruvians just won Golds at the Pan Am Games in Lima and winning here just adds to that. Surfing is growing so much in Latin America and Peru is here to stay.” 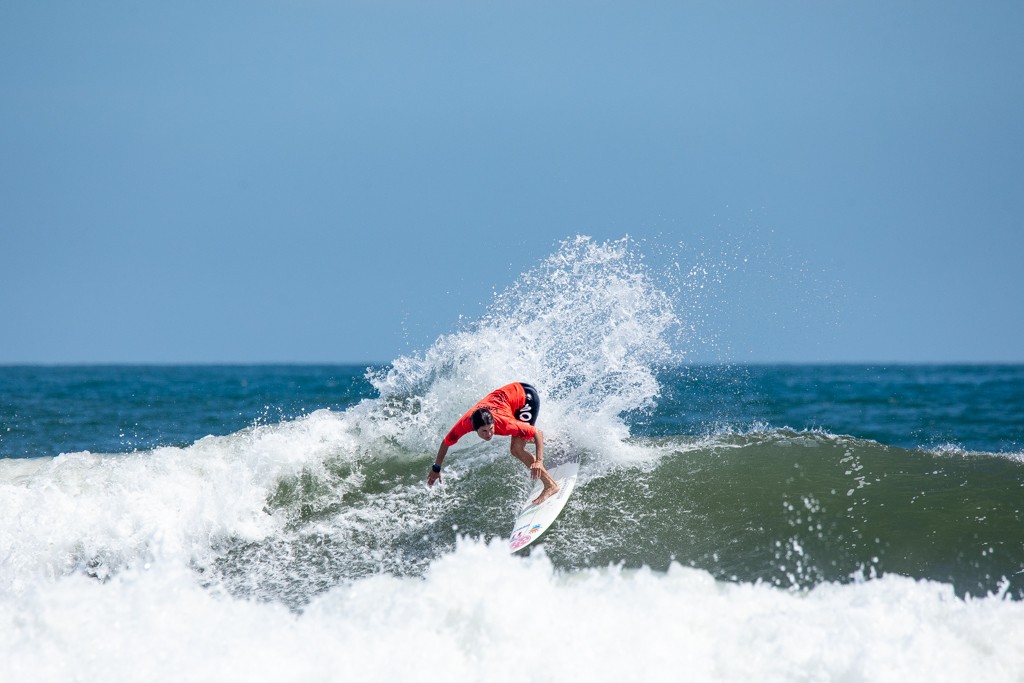 Sofia Mulanovich found two waves worth 7.2 and 6.6 that took her to the Gold Medal. Photo: ISA / Pablo Jimenez

The remaining medals were tightly contested and determined by only 0.17 points, with Brazil’s Silvana Lima with the Silver Medal (12.77 points), South Africa’s Bianca Buitendag with the Bronze Medal (12.64 points), and USA’s Carissa Moore with the Copper Medal (12.6 points).

With the women’s competition wrapped up, at the mid-way point of the event Team Brazil has jumped out to an early lead. Backed by Lima’s Silver Medal and a strong fifth place finish by Tatiana Weston-Webb, Brazil has 4420 potential points as the event shifts towards the Men.

After Mulanovich’s Gold, Peru trails in second with 4,330 potential points, USA in third with 4235, and Australia in fourth with 4,203. 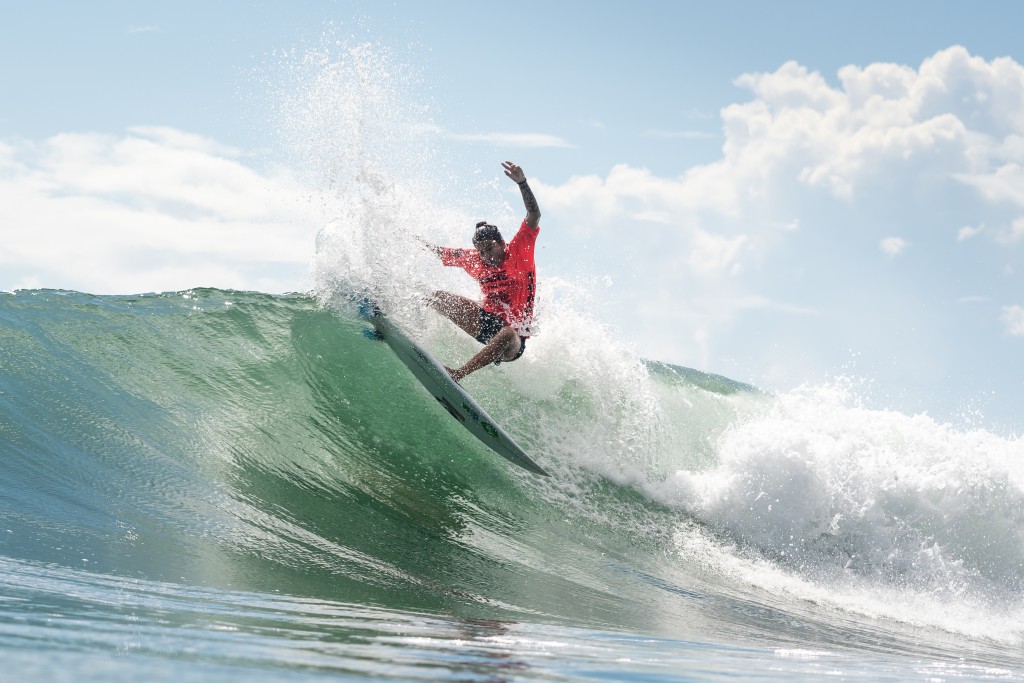 “This final was a validation of the truly universal competitive landscape of our sport.

“Sofia has had a long career as a professional surfer and coming back after her Gold Medal 15 years ago against this group of stars is incredible for her.

“This gives Sofia a great position to head into the 2020 ISA World Surfing Games to seek out one of the Tokyo 2020 qualification slots for the women. I am sure she is going to go to bed tonight thinking about her chances for 2020.” 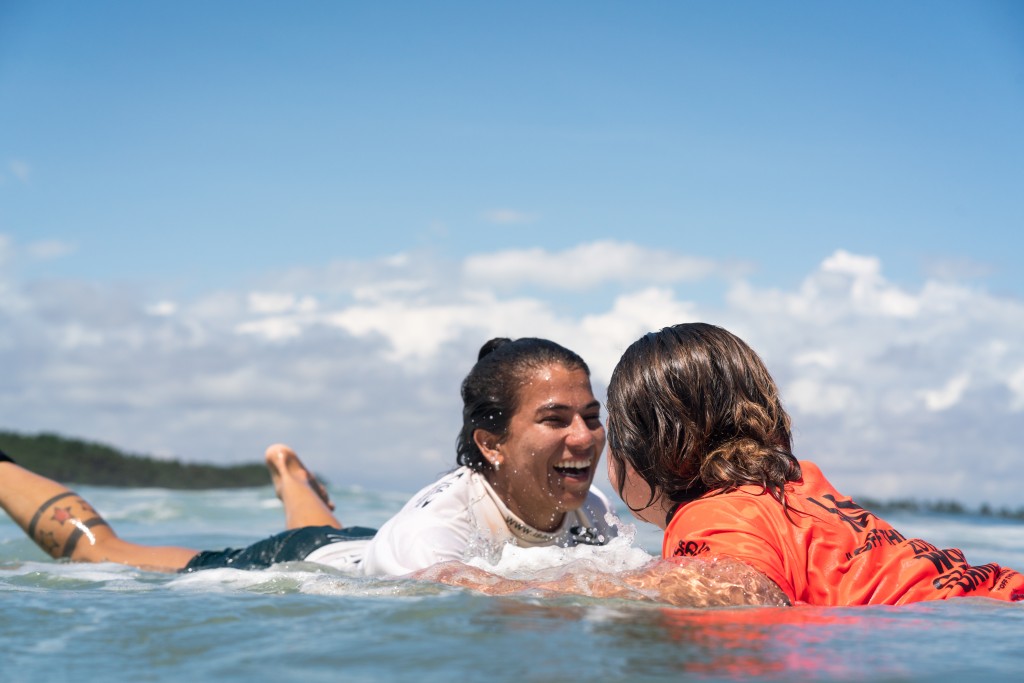 In the afternoon the Men’s competition got their chance to take to the water and begin their quests towards the Gold Medal and Olympic qualification.

The top athletes of the sport such as Kelly Slater (USA), Filipe Toledo (BRA), Julian Wilson (AUS) and more joined competitors from 55 countries across all continents, uniting in peace in the name of surfing.

After Thailand made their ISA World Surfing Games debut in the women’s competition, Sri Lanka, Lebanon, and American Samoa all make their debuts in the men’s division.

Muñiz and Cleland finished tied in second position with the same score, 11.94, but Cleland’s higher single wave score of 7.27 was higher than Muñiz’s 7.17, giving him the nod in the tie breaker.

USA’s Kelly Slater won his first heat of the event, fending off a fierce performance from Ireland’s Gearoid McDaid who finished less than a point behind in second.

“I haven’t competed for Team USA since the 1990 edition of the World Surfing Games also in Japan,” said Slater. “It’s nice to be here because it brings back great memories.

“It’s great to see that there are some really good surfers from other countries, some known and some unknown. Indonesia has a surfer that is amazing and Morocco looked the best out of anyone today. It would be interesting if a surfer from one of those nations won.” 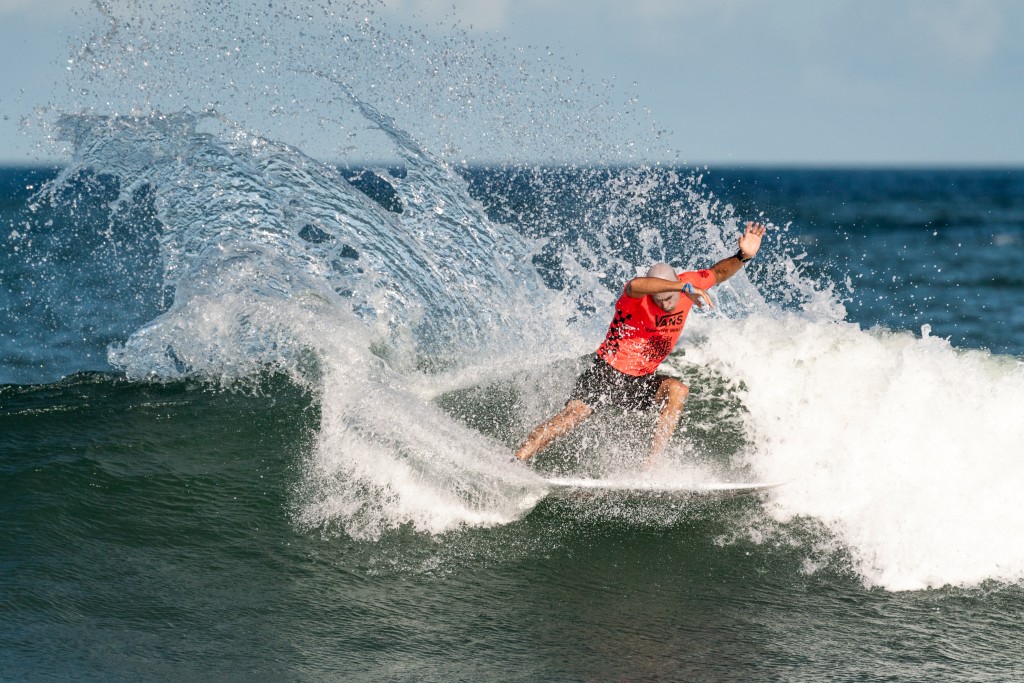 USA’s Kelly Slater advancing through to the second round. Photo: ISA / Sean Evans

Brazil’s Italo Ferreira put on an incredible performance despite running late to the event due to a robbery that resulted in visa issues. Ferreira came straight to the event site from the airport, went directly to the water on a borrowed board with 8 minutes remaining in his heat, and still managed to take first place with an impressive aerial maneuver of 8.33 points.

El Salvador’s Bryan Perez, who is hot off an inspiring Pan Am performance where he earned a Bronze Medal, passed his round 1 heat in second place, picking up right where he left off at Lima 2019.

“It’s amazing to be here representing my country again,” said Perez. “Getting a Bronze Medal had a great effect on El Salvador. Nobody was thinking about surfing in El Salvador. It’s a small country, but after that medal many kids want to come to the coast from the city and learn how to surf. Everyone is talking about surfing now.”