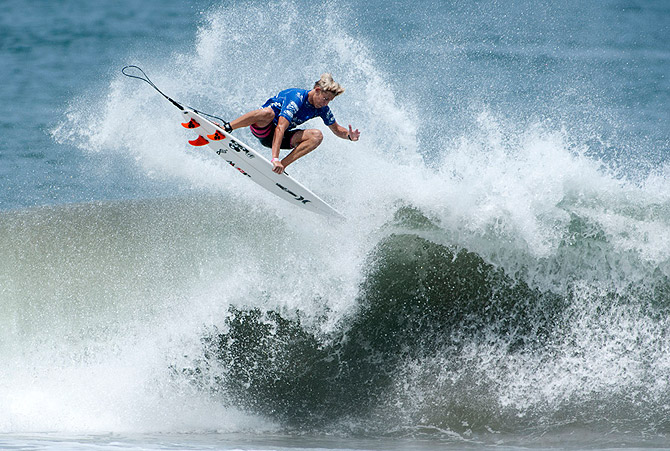 Nicaragua delivers epic surf for Day 4 of the DAKINE ISA World Junior Surfing Championship (WJSC). The swell, as predicted by Surfline, arrived this morning with waves in the chest to head-high range with some overhead sets.

The first perfect 10-point ride of the event was awarded to Australia’s Kai Hing, who launched a huge air-360. Hing generated great speed down the line and as he approached the closed-out section, he took flight, rotated 360 degrees in the air, and landed perfectly.

The morning started with clean conditions and calm offshore winds. The tide was low and the waves were hollow. As the tide increased throughout the day, the offshore winds got stronger and the surf got even better. The surfers were getting barreled, launching huge airs and doing powerful turns.

“What an incredible day of competition! The performance level of these boys and girls is truly amazing,” remarked ISA President Fernando Aguerre. “The waves were insane today. Nicaragua’s unique offshore wind delivered some of the best conditions I have seen at an ISA World Championship. As we approach the finals, the action is getting better every day. Don’t miss a second of the live webcast. We are all just very happy to be enjoying the Nicaraguan Magic.”

Day 4 of the DAKINE ISA WJSC featured Qualifying Round 3 and Repechage 2 through 4 of the world’s best Junior surfers.

Other standouts in this division included Japan’s Naomi Kobayashi, USA’s Cam Richards, South Africa’s Benji Brand, and Hawaii’s Kain Daly, getting one step closer to the final advancing on to Qualifying Round 4.

In the Boys Under-16, with a perfect 10, Australia’s Kai Hing got the wave of the event in a nerve-wracking heat. Hing boosted with an amazing air-360 that he landed perfectly.

Even though Hing was given an interference against one of his rivals, causing his second best scoring wave to be cut by half the points, he still managed to advance in first place. 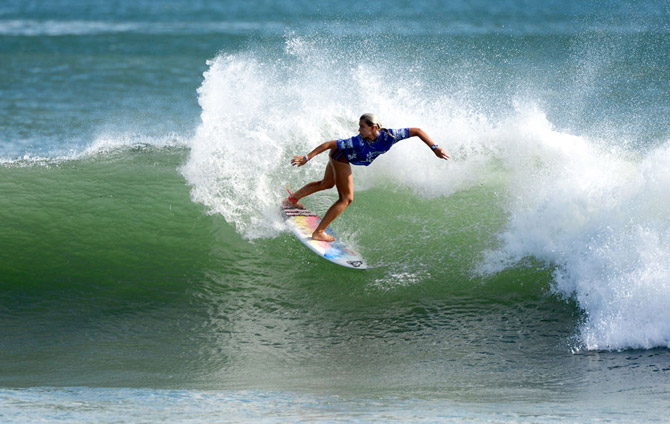 The 2013 DAKINE ISA World Junior Surfing Championship resumes Thursday at 7:40am with The Morning Show hosted by Chris Ernst, and with guests from Team South Africa, Ireland, and Argentina.