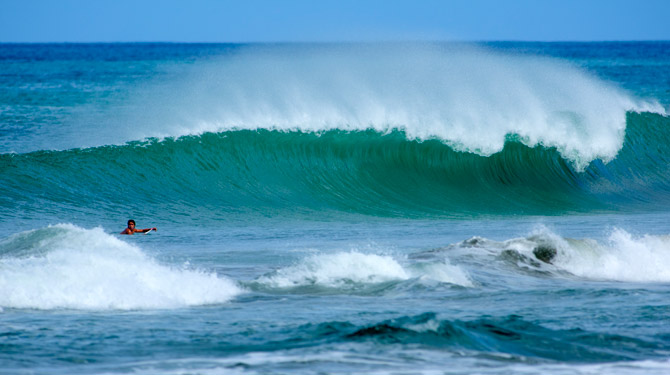 Competition intensified as the first Repechage Rounds took place today. This is a do-or-die round, if a surfer gets 3rd or 4th place, the athlete is out of the contest.

“The competition is reaching its critical stages, when athletes can’t afford to lose or they will go home,” remarked ISA President Fernando Aguerre. “The camaraderie between all the National Teams and the local Nicaraguans has created a great vibe amongst the surfing tribe. The waves are amazing; Nicaragua is truly a surfer’s paradise. Stay tuned all week and don’t miss a minute of the live webcast.”

Today showcased Qualifying and Repechage rounds of the world’s best under-18 and under-16 Boys and Girls with great waves in the 3-5ft range with occasional bigger sets.

Australia’s Stephanie Single and Kristen Ogden led the Girls Under-18. Single earned 15.90, followed by her teammate Ogden with 14.67, the highest total heat scores of the Round.

At the same time, the first Repechage Rounds of the Boys Under-18 and Under-16 was taking place at the second podium.

Germany’s Arne Bergwinkl was the best performer in the Boys under-18 Repechage 1. He posted a total of 13.00 points defeating Irons Burgos (ECU, 6.33), Giancarlo Marin (VEN, 6.06) and the local surfer Yuber Martínez (NIC, 5.24). Bergwinkl surfed again in Repechage 2 and is still in the competition after advancing in second place. 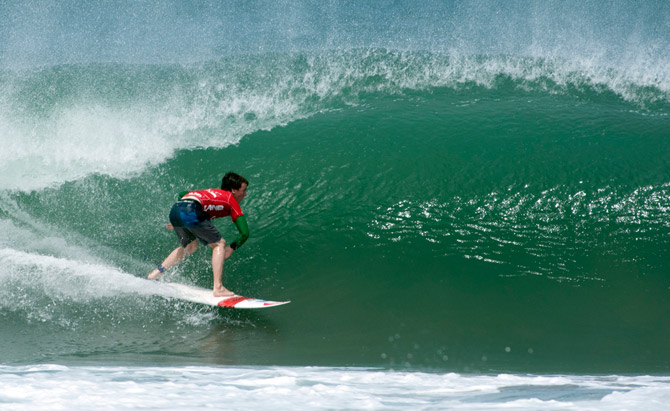 Despite a solid effort in a very close heat, Ireland’s lone competitor, Gearold McDaid, lost out of the competition today. Photo: ISA/Rommel Gonzales

The 2013 DAKINE ISA World Junior Surfing Championship resumes Wednesday at 7:40am with The Morning Show hosted by Chris Ernst, and with guests from Team Germany and Team Japan.