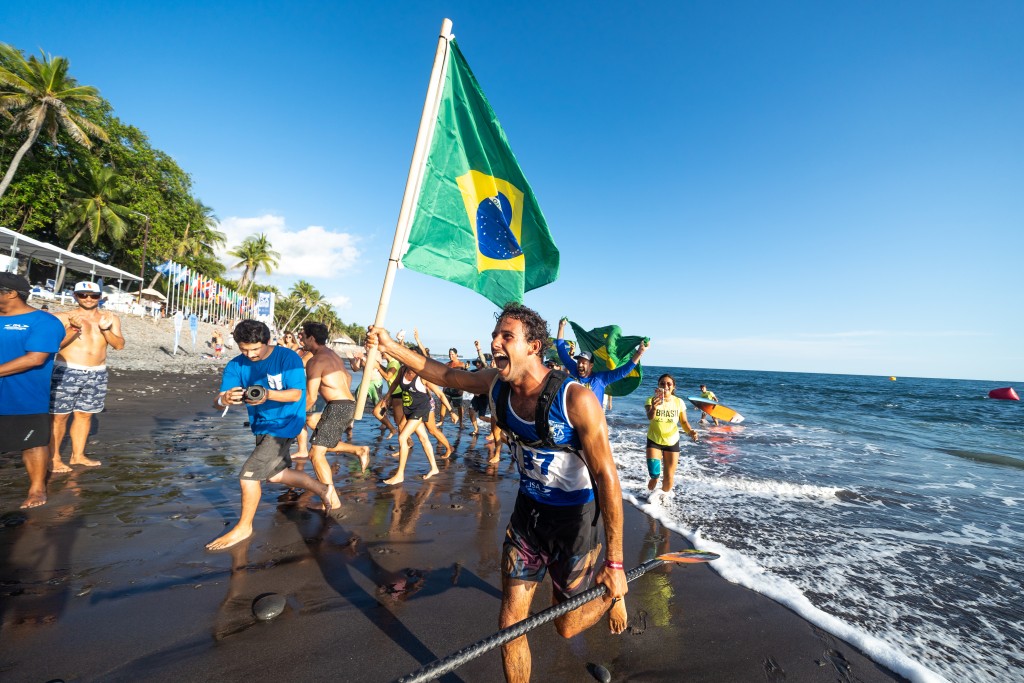 The women’s SUP and Paddleboard Distance Races kicked off the day of competition and unfolded in particularly dramatic fashion as the lead pack missed a buoy turn and led over half of the field astray.

Spain’s Barreras was leading the pack after the first lap of the three-lap race. However, Barreras made a costly error on the second lap and skipped a buoy. Following Barreras’ lead, the error was imitated by more than half of the field, by both SUP and Paddleboard racers. At the same time, there were racers that stayed true to the course and diverged from the incorrect path.

The result was an incomplete second lap for those who missed the buoy, requiring another six kilometer lap to replace the incomplete lap, for a total of three correct laps.

Barreras kept her composure and continued onto an additional fourth lap, where she was able to show impressive speed and endurance to overcome racers who, in fact, had stayed true to the course throughout.

“I still can’t believe it,” said Barreras. “Everyone paddled so hard in these tough conditions.

“I realized that we had all taken the wrong route on the third lap and I knew that the only option was to do another lap. I tried to maintain a lead from the rest knowing that they had made the same mistake as me.

“It’s part of the game, having a solid mindset and physical condition to be prepared.” 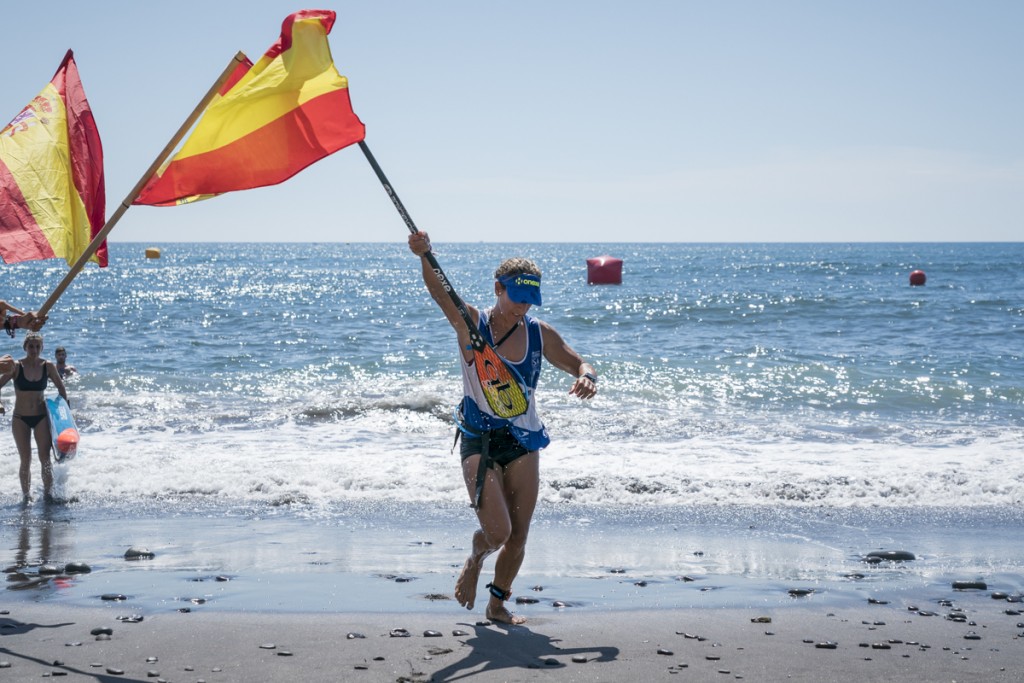 Following Barrera with the Silver Medal was France’s Amandine Chazot and Japan’s Rika Okuaki, both who also had to complete four laps.

In the Copper Medal position was Mexico’s Mariana Carrasco Zanini, who cleverly did not follow the pack in the incorrect course, and correctly completed her three laps to be placed on the podium.

The Women’s Paddleboard racers experienced the same mistakes as the SUP, as many racers had to continue the course for a fourth lap. South Africa’s Tyra Buncombe was the furthest along in the course upon reaching the three hour limit to earn the Gold Medal. 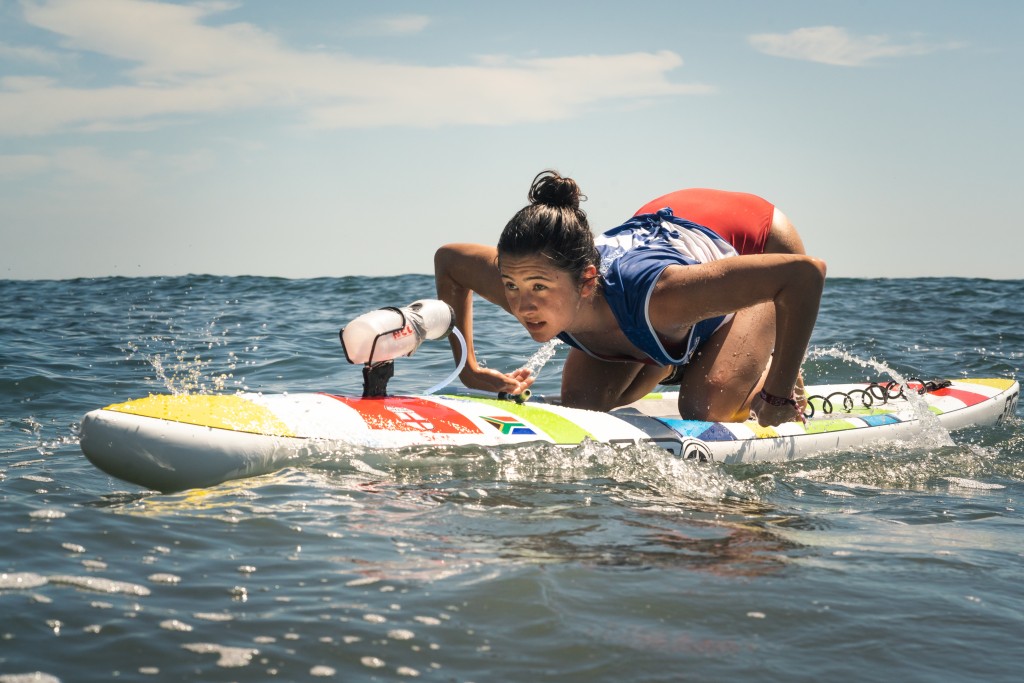 France’s Camile Rosa Perotteau earned the Silver and Argentina’s Daniela Spais the Bronze, both placed based on how far they had advanced at the three hour time limit.

With the rest of the field disqualified, no athlete was left to claim the Copper Medal position. 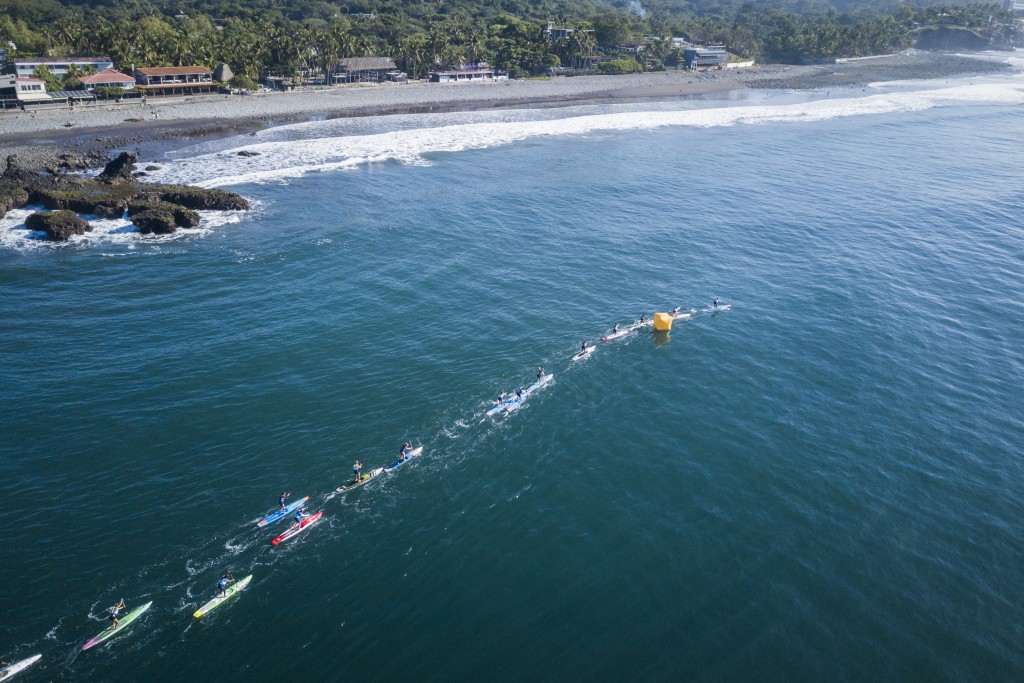 The Men’s SUP and Paddleboard Distance Races capped off the day of competition.

In the SUP discipline, Brazil’s Martins took an early lead that only grew as he showed his world-class technique throughout the course. Riding a wave of momentum after winning an ISA Distance Bronze in 2018 and a Pan American Games Silver Medal at Lima 2019, Martins continued to climb the ranks of global SUP to take his first ISA Gold.

“It’s been a dream of mine for as long as I can remember to win a World Championship,” said Martins. “To have such a hard course to earn this Gold makes it even more special.”

Peru’s Itzel Delgado, a Pan Am Bronze Medalist, battled with France’s Titouan Puyo throughout the race for the Silver Medal position. Ultimately Delgado pulled away for a comfortable Silver finish, while Puyo coupled his Sprint Bronze earned on Sunday with a Distance Bronze.

Claudio Nika, who earned a historic first-ever Gold Medal for Team Italy in the SUP Sprints on Sunday, rounded out the Distance podium with a Copper Medal.

In the Men’s Paddleboard Distance Race USA’s Pflueger was unstoppable and finished with a five minute lead over his competition to repeat as World Champion.

“I am blown away to win Gold for USA,” said Pflueger. “We are here to take that overall Gold and I hope I can continue to contribute to that effort.” 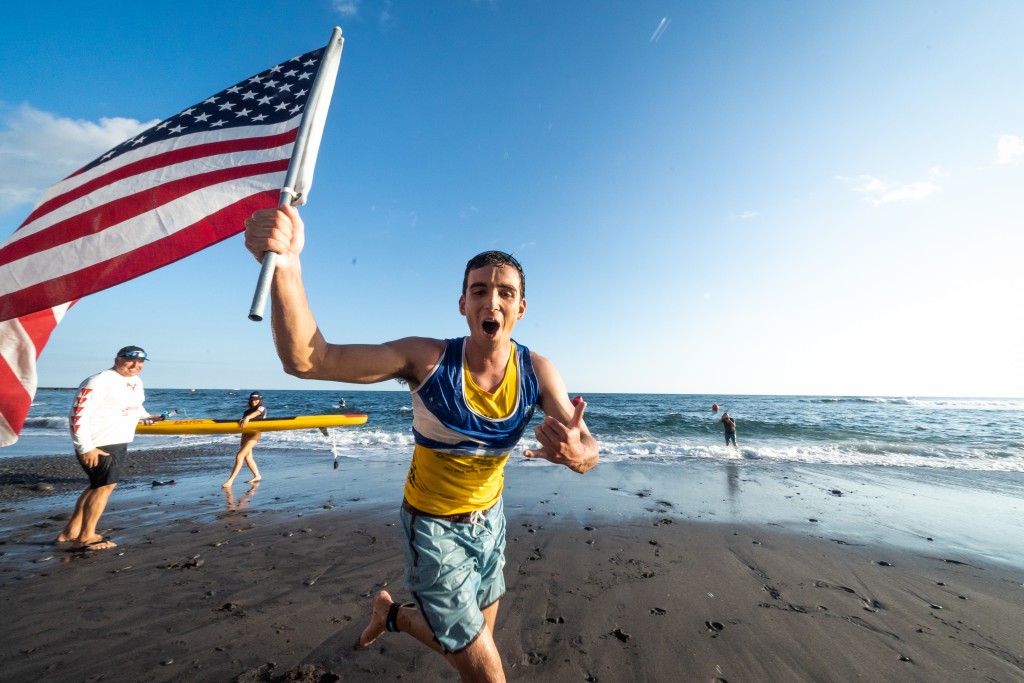 Only three medals awarded, rest of field disqualified or did not finish.