To view schedule and heats for November 3, click here.

Team Japan has broken the tie atop the leaderboard with Team USA and narrowly edged into pole position on the seventh day of competition at the 2018 VISSLA ISA World Junior Surfing Championship presented by Visit Huntington Beach. 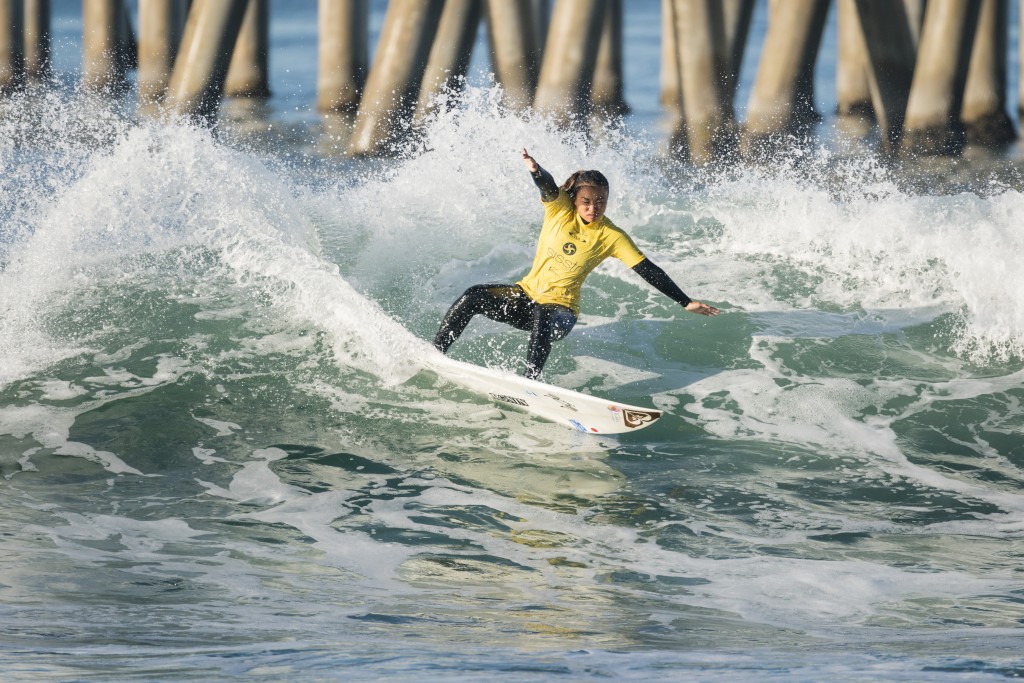 Julie Nishimoto is a key part of Japan’s push for Gold in the Repechage Rounds of the Girls U-18. Photo: ISA / Ben Reed

After earning a best-ever result with Bronze at the 2017 VISSLA ISA Juniors and a first-ever Gold at the 2018 ISA World Surfing Games, the Japanese continue to assert the strength of their surfing on a global stage in the lead up to the Tokyo 2020 Olympic Games. Team Japan is aiming to make history in the hopes of earning its first ISA Junior Team Gold Medal on Sunday.

At this point in the event, the Team Medals are still fully up for grabs, with Team USA sitting a mere 53 potential points behind Japan. Team Hawaii and Australia are also within reach of the Gold currently in third and fourth place, respectively.

The ISA Aloha Cup capped off the competition on Friday injecting the event with a dose of high-energy action and excitement. Teams France, Hawaii, Japan, and USA qualified for the Final which will award the event’s first medals when the Final takes place on Saturday.

Team Japan will be defending their ISA Aloha Cup Gold Medal from the 2017 edition in Hyuga, Japan. 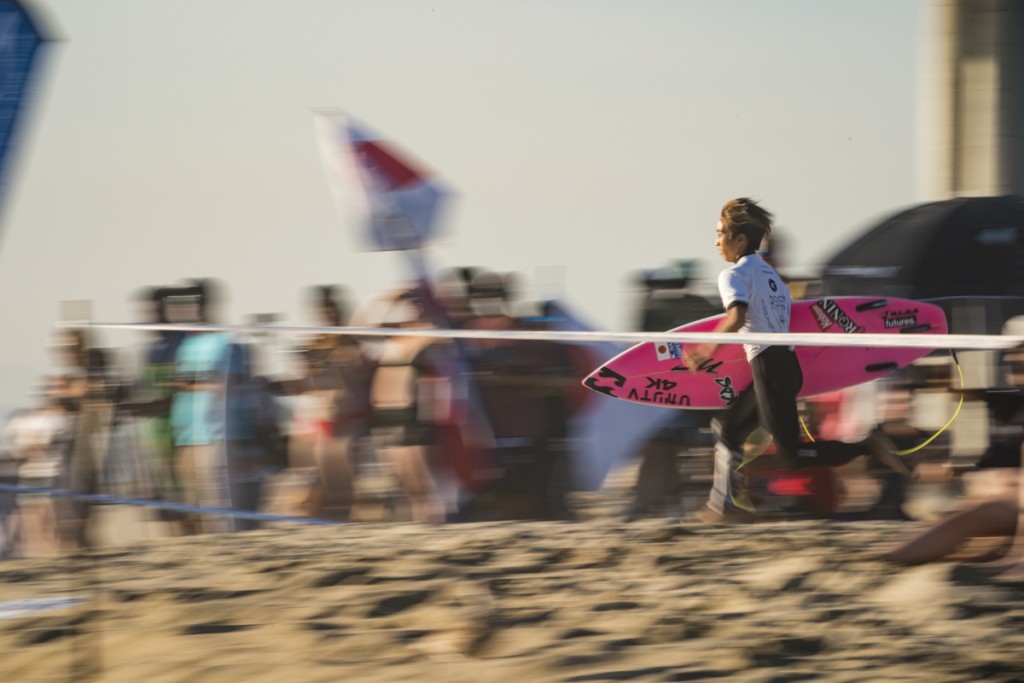 Eliminated from the Girls U-16, Presti will look to continue her road to the Finals and earn a historic first ISA Junior Medal for Team Germany in the U-18.

Tahiti’s Kauli Vaast earned the highest heat total among the boys divisions with 16.26, however, his run came to an end in the subsequent Repechage Round.

Peru’s Jhonny Guerrero put on an inspiring performance for his team advancing to the Repechage Quarterfinals in the Boys U-18.

“I come from a neighborhood that has a lot of poverty and crime,” said Guerrero. “What I want to do with this performance is get far and make an example for other kids that look up to me. I want to inspire them and show them what is possible.” 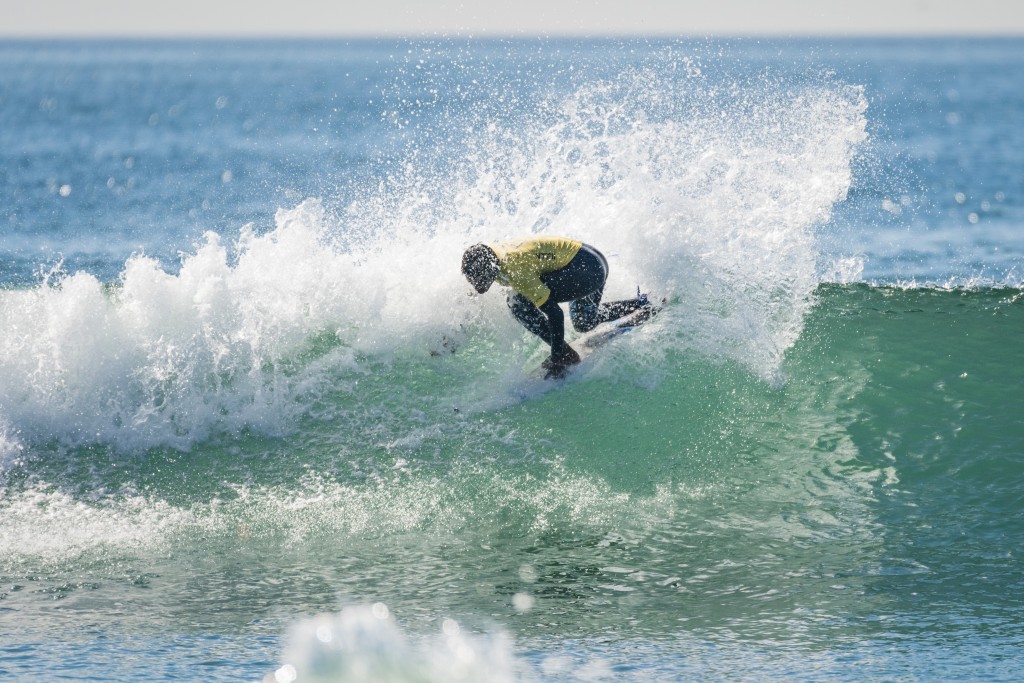 Jhonny Guerrero strives to earn Gold and set an example for other young surfers in Peru. Photo: ISA / Ben Reed

A unique, team relay event that features two boys and two girls from each team, the ISA Aloha Cup allows each team member to catch three waves during their leg of the relay, adding up the sum of the individual scores to get the team total score.

Team USA’s supporters on the beach included top professional surfers Kolohe Andino, Brett Simpson, and Courtney Conlogue, who all came to Huntington Beach Pier to catch a glimpse of the future stars of the sport.

“I’ve surfed in the ISA and I’ve always liked it because you can surf a bunch of heats and get experience competing with people from all around the world,” said Andino.

Simpson added, “I am obviously here to support USA, but I am open to help out athletes from any country that approach us looking for advice.” 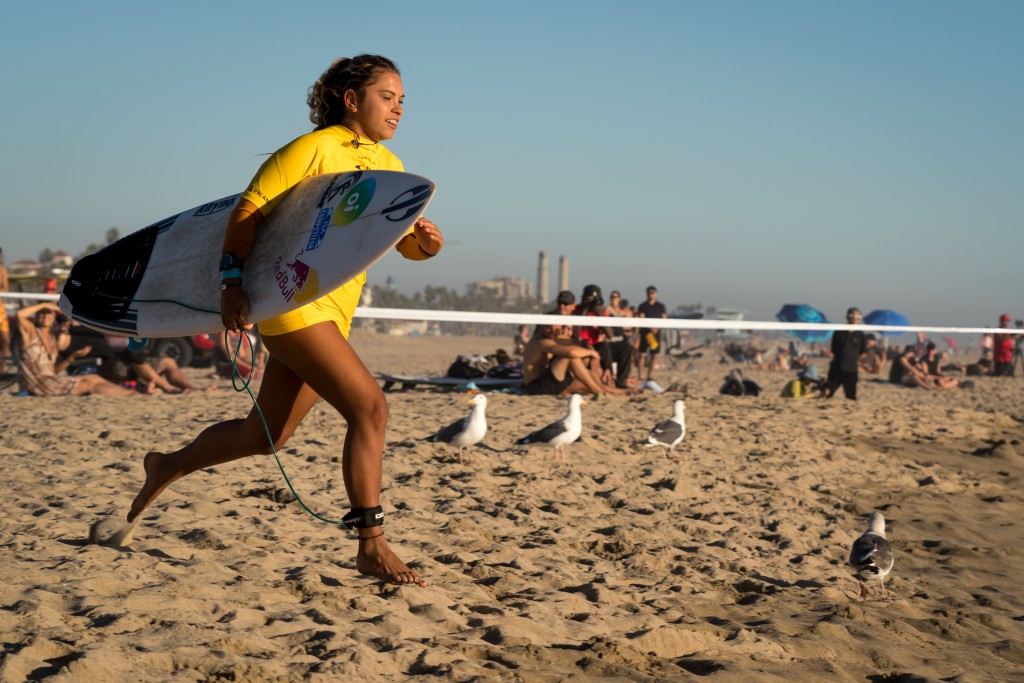 “This is what we’ve been waiting for. We’ve arrived at the final weekend of competition. Dreams will be made, team camaraderie will be high, and World Champions will rise above the rest and into the global spotlight.

“Tomorrow we will award the first Gold Medals of the event with the ISA Aloha Cup Final. Best of luck to the four competing nations!”