To view schedule and heats for November 2, click here.

Team Japan and USA are the last teams with all competitors remaining through six days of competition at the 2018 VISSLA ISA World Junior Surfing Championship presented by Visit Huntington Beach.

During Thursday’s competition at Huntington Beach Pier, Team Hawaii and Australia lost three (out of twelve) surfers each to the elimination Repechage Rounds, leaving Team Japan and USA tied for the pole position.

Team France is sitting just outside medal position in fifth place, having lost a surfer in all four division. 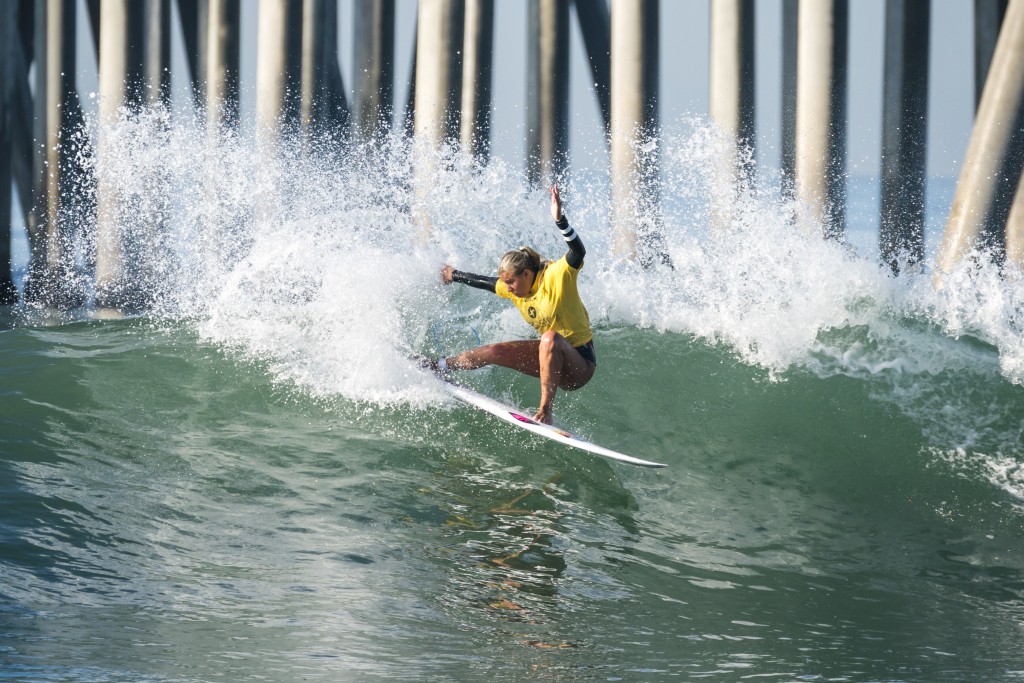 Hawaii’s U-16 competitors Eli Hanneman and Gabriela Bryan impressively earned the highest wave scores of the day among their gender divisions, respectively scoring 9.57 and 9.33 in the Main Event Quarterfinals.

Hanneman’s 9.57 was the highest score of the event thus far and earned him a trip to the Semifinals in his first showing at the VISSLA ISA Juniors, while Bryan’s 16.56 heat total was the highest of the day for the girls.

The highest heat total of the day was earned by USA’s Jett Schilling with 16.90. Schilling’s 9.4 and 7.5 advanced him into the Boys U-16 Semifinals.

The three past Champions in the event continued their perfect run, with Summer Macedo (HAW), Joh Azuchi (JPN), Alyssa Spencer (USA) all moving into the Main Event Semifinals. 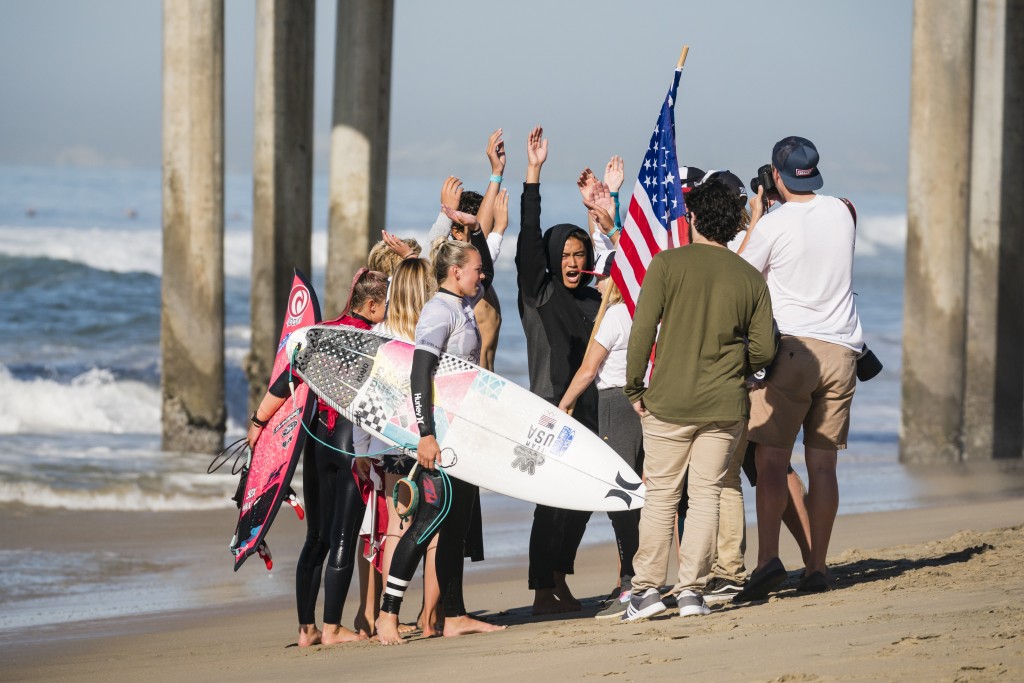 Alyssa Spencer advances through the Main Event as teammate Kirra Pinkerton narrowly misses out. Regardless, USA shows their camaraderie that has led to such a strong team performance thus far. Photo: ISA / Ben Reed

Two-time US Open Champion and Huntington Beach local Brett Simpson came down to the beach for the second day in a row to support and cheer for the youth of the sport.

“It has been a pleasure to watch the level of surfing between the girls and the boys,” said Simpson. “Competing in a typical surf event is one thing, but here at the ISA there is more to it than that with the team aspect. It’s special.

“I competed in the 2016 ISA World Surfing Games in Costa Rica. Representing your country is an amazing feeling. You are trying to work together with your teammates, but also make it as far as you can to avoid the Repechage.

“It’s great to see the growth in Surfing with all 44 nations here in Huntington Beach.” 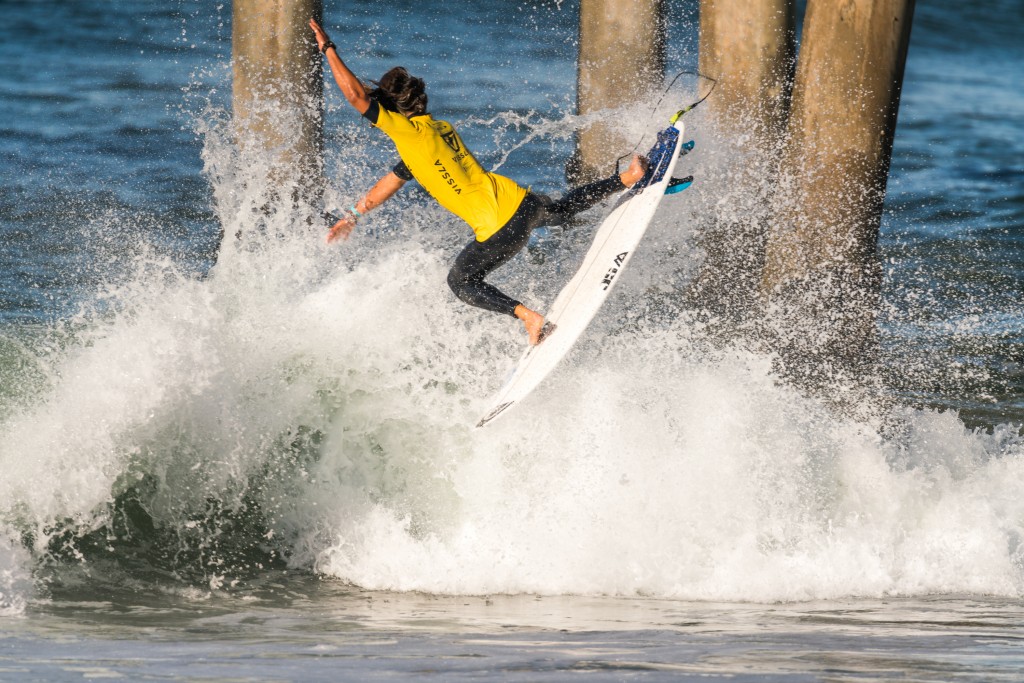 Marco Mignot (FRA) impresses with aerial maneuvers despite falling to the Repechage Rounds. Mignot will look to regain his footing on Friday. Photo: ISA / Sean Evans

Chile’s 13-year-old phenom Noel de la Torre has become one of the inspiring stories of the event as the last Chilean in the Main Event.

“I am feeling incredible in my second VISSLA ISA Juniors,” said de la Torre. “It’s incredible to have my team screaming for me on the beach when I ride a wave.

“A big result here for me would mean a ton for my country, because surfing is not so big yet in Chile.

“Success for me in this event would be nothing less than winning a Gold for my team.”

On the seventh day of competition more Repechage Rounds will continue with the team relay ISA Aloha Cup Semifinals closing out the day. 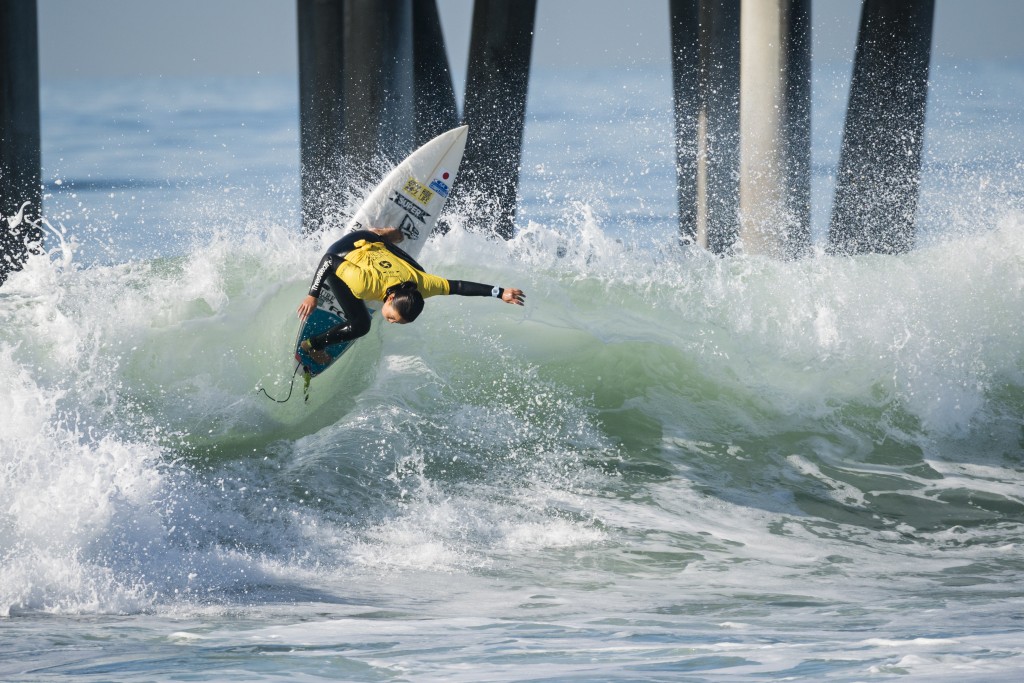 Minami Nonaka will carry the torch for Team Japan in the Girls U-18 Semifinals. Photo: ISA / Ben Reed

“We are off and running towards the Gold Medals. In just three days we will crown the World Champions, which likely will become future stars of the sport and vie for slots in the Tokyo 2020 Olympics.

“Tomorrow we have the ISA’s one-of-a-kind Aloha Cup, which will bring you non-stop action. This will be a must-watch event!”