To view schedule and heats for October 31, click here.

After great conditions greeted the recording-breaking number of athletes (361) and countries (44) to kick-off the event, Tuesday’s increase in swell provided the best waves yet and the elite of junior surfing did not disappoint. 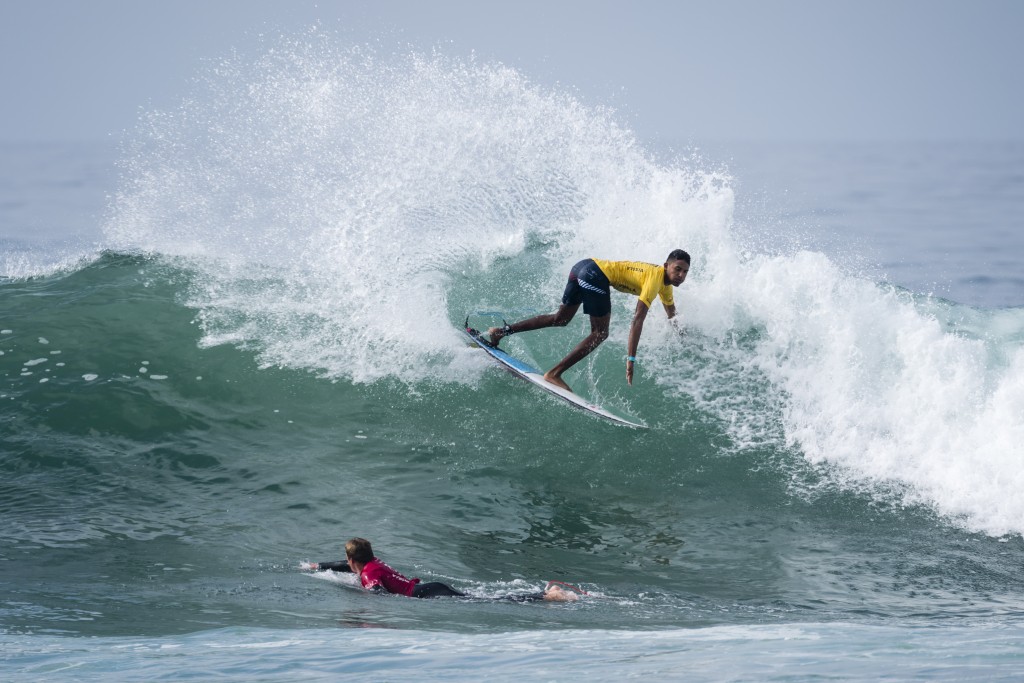 The first Repechage Rounds ran on Tuesday across all four divisions, resulting in fierce competition to avoid elimination from the event.

New Zealand’s Boys U-18 competitor Shane Kraus was the standout performer of the day, notching the highest heat total with 15.50 points. Luke Thompson of South Africa was nearly as impressive, earning 15.26 points in the Boys U-16s.

Japan’s Minami Nonaka shined on the girls side of the competition. The 8.17 single wave score that she earned in the U-18 was the highest of the day among the girls divisions. 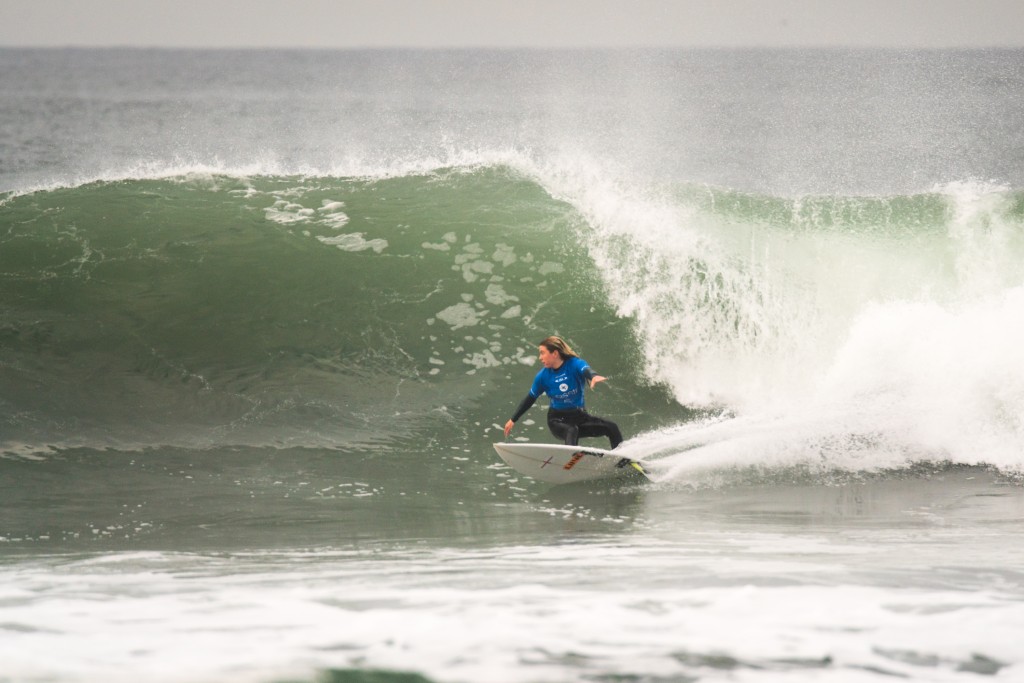 England’s Maddie Cawood eyes the next section in the Main Event. Not able to advance, she will look to regain her footing in the Repechage Rounds when competition resumes. Photo: ISA / Sean Evans

Fiji’s Kiesha Wakeham was able to advance through her Girls U-16 Repechage Round 1 heat to stay alive in the event. Wakeham, an ISA Scholarship ambassador representing her nation for the second year in a row, spoke about her emotions surfing in an elimination round.

“These are like the waves I surf every day,” said Wakeham. “This is similar to the best day at my local beach break.

“When I go out in the Repechage Round I feel nervous, but excited at the same time. Once I get out there the only thing in my head is to surf my best, have fun, and catch the first wave.

“Representing Fiji in this event is a huge thing for me and my country. Last year I was the only girl on my team at the VISSLA ISA Juniors, but this year I am here with my sister. We are quite proud to surf for our country and our family.” 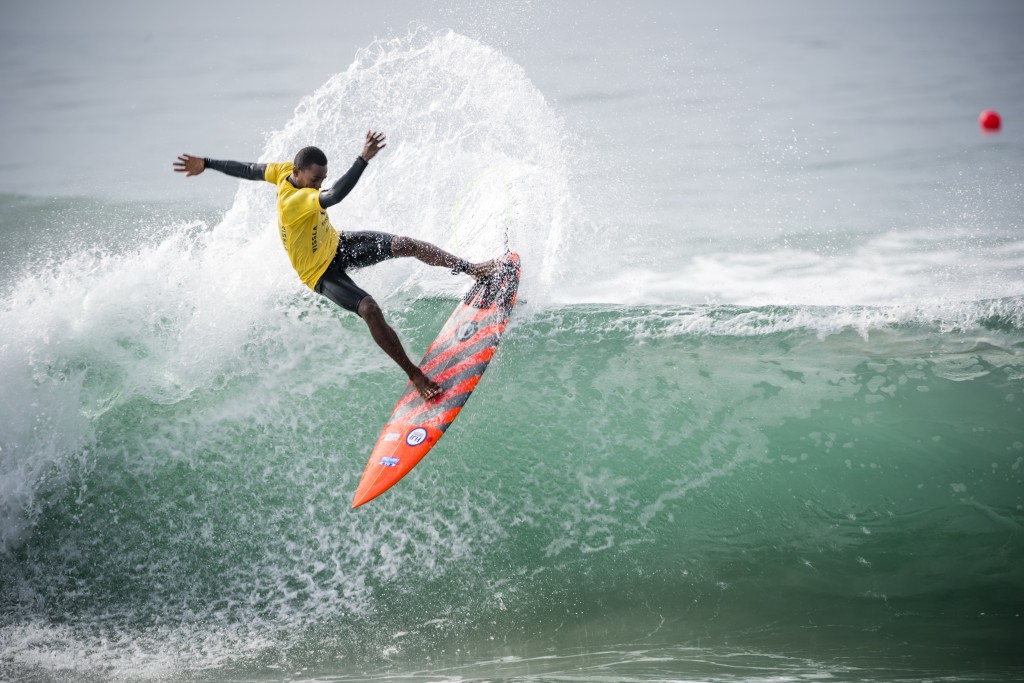 Israel’s Siam Nikritin was able to bounce back after falling out of the Main Event in Boys U-18 and advance through the Repechage on Tuesday afternoon.

“The wave isn’t so easy, but there are solid sets, so you need to be in the right place at the right time,” said Nikritin. “I was sad to drop into the Repechage. I wanted to be in the Main Event, but I was stoked to make that heat.

“I’ve tried to compete in the VISSLA ISA Juniors for a few years and I finally made it. I have made many new friends here and learned how to surf better by observing all these competitors.

“I am in the Repechage, but success for me and my team is still to make the Grand Final. I want to win the Gold.”

“The first round of Repechage is a rollercoaster of emotions. We had the most amazing waves and performances. It’s sad to see the first round of competitors being eliminated. My warmest congratulations to all of them, for making it to Huntington Beach.

“The unique feature of all ISA World Championships is that once you lose, you are now in full time cheerleading role, supporting your team.

“This epic history making day of waves in Huntington Beach exceeded our already high expectations that had been set earlier this week. I am so happy to partner with Huntington Beach for the best junior surfers of the world.” 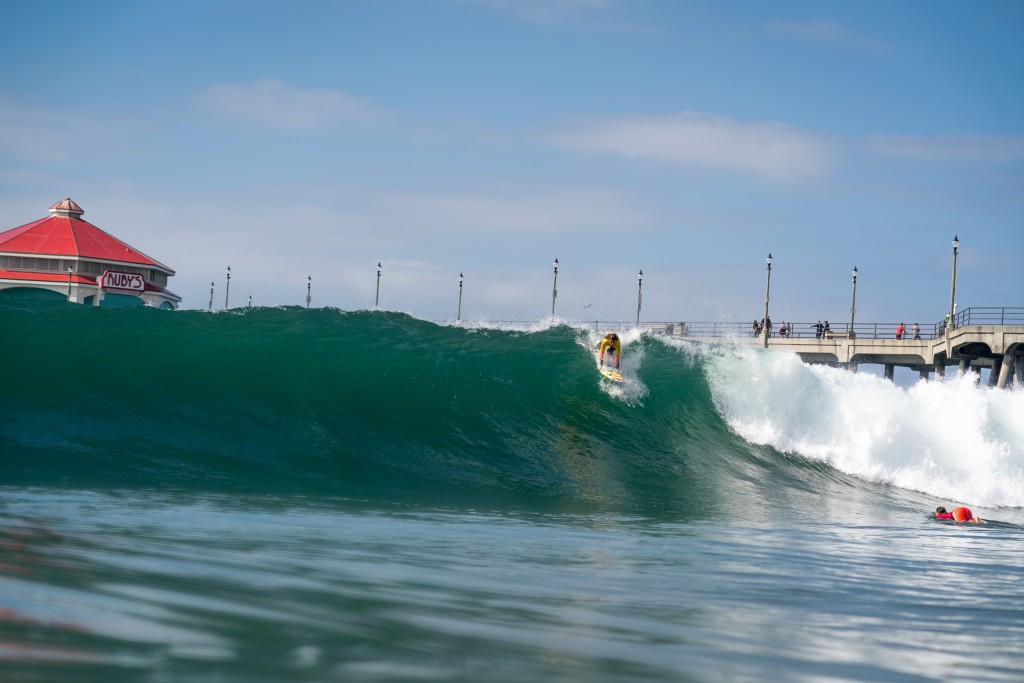 Canada’s Jasmine Porter not backing down on a set wave in the Girls U-16 Division. Photo: ISA / Sean Evans