Japan, Hawaii, and Spain within striking distance of Gold 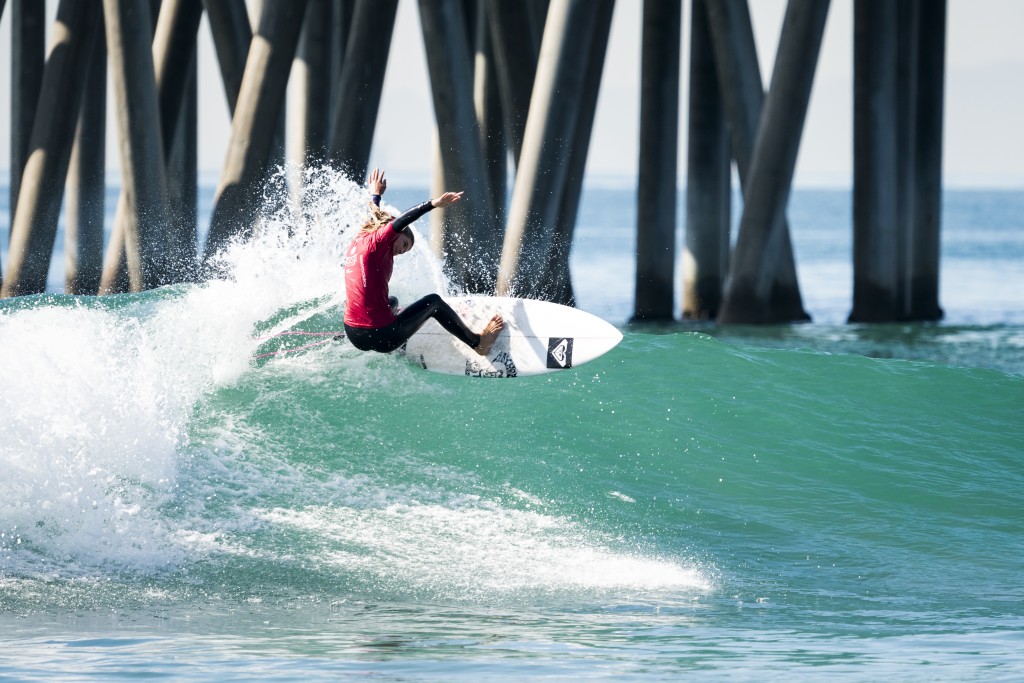 USA stands as the only nation with ten of twelve surfers still remaining in the event, holding a slight lead over a tightly packed field of nations looking to surpass them over the final two days of competition in Huntington Beach.

Sitting behind USA, still within striking distance of the Gold Medal are Japan, Hawaii, and Spain. The 2018 Gold Medalist Team Japan is primed to make a run at the Gold, with their two past individual Gold Medalists, Joh Azuchi and Keanu Kamiyama, advancing strong in the Boys U-18 Repechage Rounds.

Team USA’s girls shined during Friday’s competition to take their nation to the top of the leaderboard. Kirra Pinkerton led the charge by advancing through multiple Repechage Rounds, owning the two highest heat totals among the girls with 15.67 and 15.50.

The defending Girls U-16 Gold Medalist Caitlin Simmers (USA) continued to perform for the host nation, earning the highest total of 13.20 in the Girls U-16.

Kai Paula was the standout performer of the day of competition for Team Hawaii in the Boys U-16, advancing through three Repechage heats and earning the highest total of 15.93.

Paula will look to lead Hawaii back to the top of the podium after a four year drought of Team Gold, last winning the event in 2014 behind an individual Gold Medal from current WSL star Tatiana Weston-Webb. 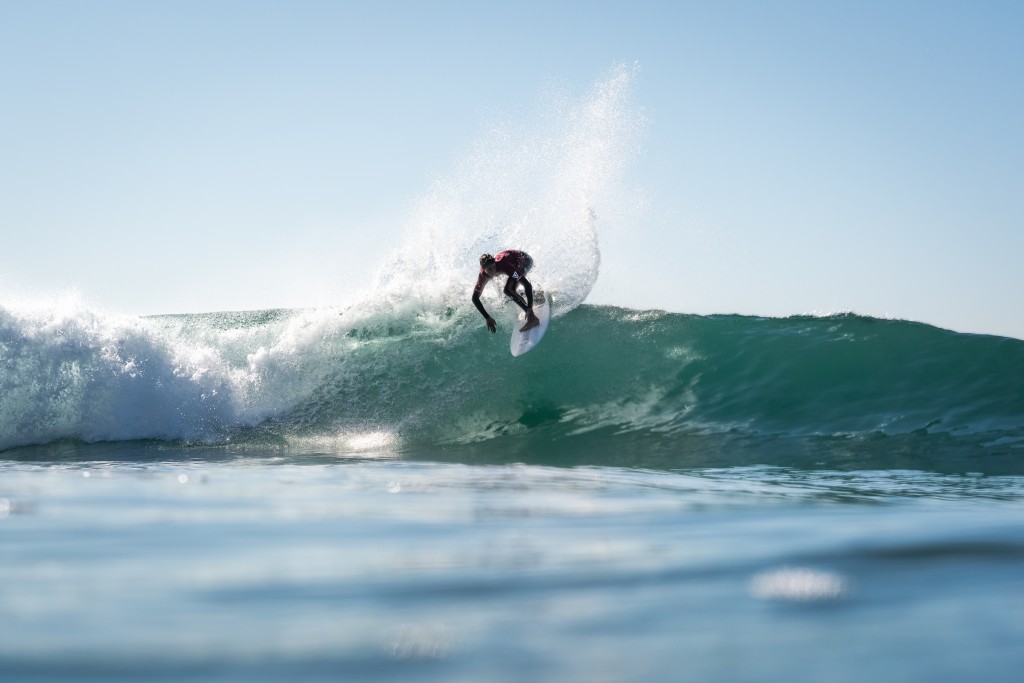 Team Spain is one of the surprise performers in the event, sitting with a realistic shot at the Gold should they finish strong through the final weekend.

Jacobo Trigo helped Spain’s cause in pursuit of the Gold Medal by advancing through the Boys U-16 Repechage.

“Yesterday I got sent to Repechage, but today I was able to stay alive,” said Trigo. “It would be incredible to win a Gold Medal, for me and for my team. We’ll do all we can to make it happen.

“My goal coming into this event was to get a top 8 and I am very close to that, but now that I have made it so far, I’ve got to try to keep going.” 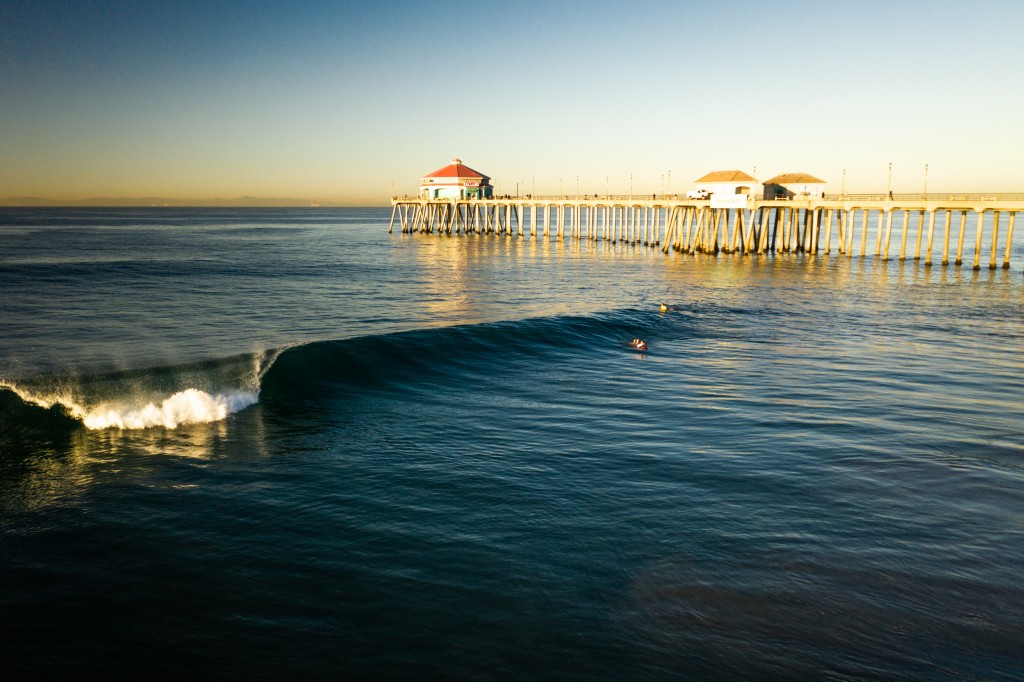 Could you ask for better conditions in Huntington Beach? Calm wind and ample swell prevailed for the majority of Friday’s competition. Photo: ISA / Sean Evans

The Girls U-16 Division has arrived at the Main Event Final, just one heat away from the Grand Final Medal Round. Hawaii’s Betty Lou Sakura Johnson, USA’s Zoe Benedetto and Simmers, and Australia’s Ellia Smith are just one heat win away from a spot on the podium.

“Being one heat away from a guaranteed medal is exciting,” said Hawaii’s Sakura Johnson. “I can’t wait. I just want to focus and try to go for Gold.

“It would be a great personal accomplishment to win Gold, but it would be even more amazing for the team.”

In one of the most inspiring performances of the day, Team Chile’s last competitor standing, Noel de la Torre, passed all three of his Repechage Rounds with the full support of his team enthusiastically cheering on the beach.

De la Torre put on a similarly impressive performance in 2018 with a 9th place finish for his nation. His sustained growth has demonstrated the development of surfing all around the globe in countries such as Chile. 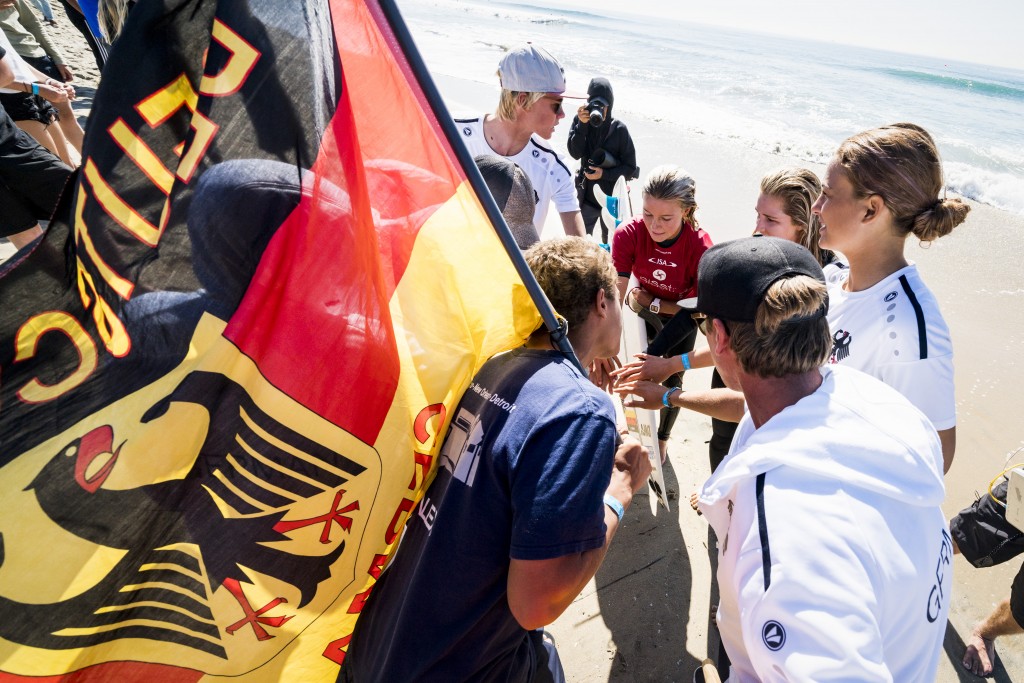 Saturday will award the first medals of the event in the Aloha Cup, which features a unique team relay format.

The top eight teams from the previous edition of the event, Japan, USA, Australia, Hawaii, France, Spain, Brazil, and South Africa, will face off in two semifinals and a final to determine the competition’s first Gold Medalists.

“We’ve arrived at the home stretch of competition. The final two days will make or break dreams with loads of emotion being let out in the water.

“One of the most exciting moments will play out tomorrow, the ISA Aloha Cup. This is a non-stop relay race full of action, drama, and excitement. The team that shows the ability to work together and execute strategy will emerge with the first Gold Medals of the competition.”

The official Surfline forecast is calling for a peaky combination of swell from the south and northwest to provide waves in the stomach to chest high range. Offshore conditions in the morning will continue.

The remaining event schedule is as follows*:

November 2-3 – Competition on the south side of Huntington Beach Pier, 7am – 5pm
November 3 – Closing Ceremony at Pier Plaza following the close of competition