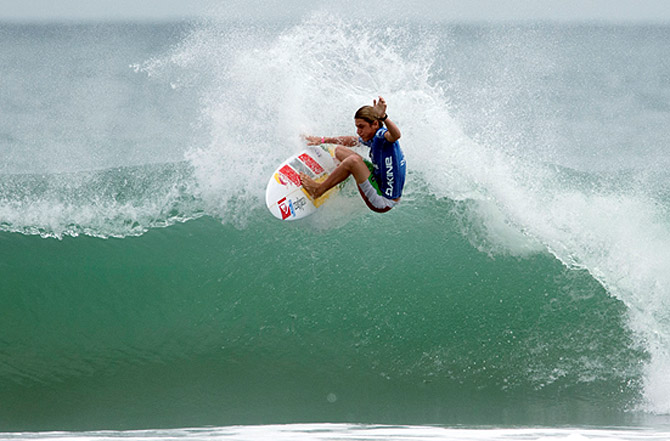 Day 2 of the DAKINE ISA World Junior Championship Presented by Billabong kicked off with the typical Nicaraguan offshore wind and amazing waves that continued the whole day.

“Today was an amazing day of competition. The waves were incredible,” said ISA President Fernando Aguerre. “I was up at 5:30am surfing Popopyo, a very nice wave and also at Pangas, but it was not as good as it is here at Playa Jiquiliste. Although the waves are a bit smaller today, they are still excellent, and the boys and girls are surfing very well. Stay with us, and if you are not watching the live webcast, you are missing out.”

In the Girls Under-18 division, Barbados’ Chelsea Tuach and Hawaii’s Tatiana Weston-Webb were the best of the day after both earning an impressive 16.17 in their respective Heats.

Simultaneously, the action at the Main Podium was taking place with the Boys Under-16 and Under-18 divisions in Qualifying Round 2. 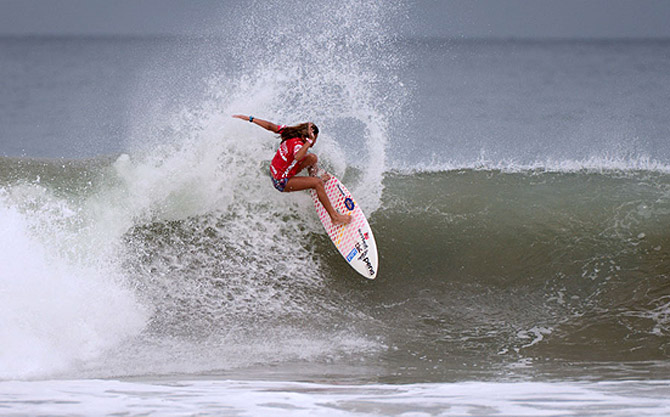 With barrels, airs, and big turns, the world’s best junior surfers took advantage of the great conditions to deliver a great show for the hundreds of spectators on the beach and the tens of thousands around the world, who watched through the live webcast.

In the Boy’s Under-16, Italy’s Leonardo Fioravanti had the best performance of the day earning 15.00. Fioravanti defeated Gatien Delahaye (FRA, 9.70), Quinn Bruce (AUS, 6.60) and Max Payne (GBR, 4.67). The young Italian set the pace from the beginning of the heat, posting 8.00 on the first minutes and later securing his victory with a 7.00 wave.

Next up was the Boy’s Under-18, where Hawaiians Josh Moniz and Koa Smith, posted some of the biggest scores of the day, earning 16.04 and 16.00 points in their respective heats.

A great moment of the day was when Team Russia’s lone competitor, Nikita Avdeev advanced through in the Repechage earning 7.44, defeating Eduardo Alfonso (PUR, 5.47) and Edgar Camarena (MEX, 0.00).

At ISA World Championships, it is a traditional sight to see team cheers, especially with the winners of each heat. In the case of Russia’s Nikita Avdeev, being the only competitor from Russia, he had no teammates to make a team cheer with. With a display of excellent sportsmanship, competitors from Team Argentina gathered around Avdeev after his heat win and performed a team cheer for Russia. This was a great symbol of the gathering of the surfing tribe and sharing the love for surfing together.

The 2013 DAKINE ISA World Junior Surfing Championship resumes Tuesday at 7:40am with The Morning Show hosted by Chris Ernst, and with guests from Team Nicaragua, including Jackson Obando, Kevin Cortez and Team Coach, Sean Pearsons.