Titouan Puyo shined for Team France in the Men’s SUP Technical Race, dominating the field of world-class racers to take the Gold, his first in the event since 2014.

“I am happy to get this Gold for my nation,” said Puyo. “France has never won the Team Gold in this event before. We know that we need to stay strong all week and we will try everything in SUP Surfing to earn the Gold.” 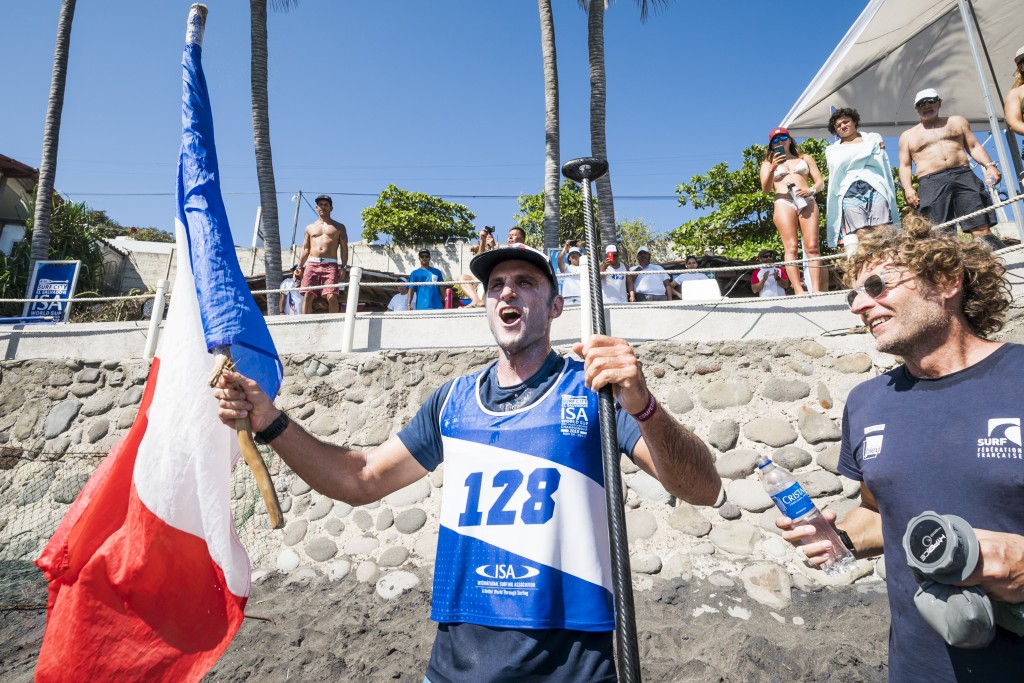 France’s Titouan Puyo back to the form that earned him ISA Gold in 2014 in Nicaragua. Photo: ISA / Ben Reed

Julen Marticorena joined Puyo has a newly crowned World Champion for Team France with a Gold Medal in the Men’s Paddleboard Technical Race.

With thirteen of fifteen medals determined in the competition, France has shown the balanced talent that they have brought to El Salvador, having placed athletes on every podium thus far except Women’s Paddleboard Technical Race. 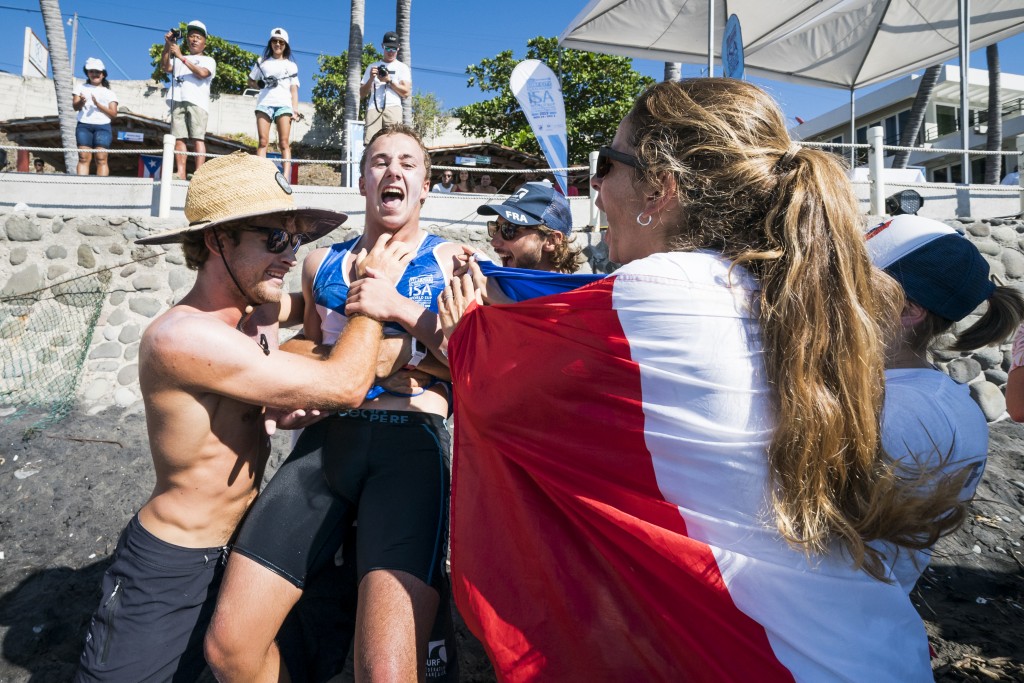 The race for the Team Gold Medal will come down to the final four days of the event window, with only the Men’s and Women’s SUP Surfing World Champions yet to be crowned.

Team Spain and USA are France’s closest competitors in the team ranking, both relying on a strong performance from their SUP surfers to make it to the top of the team podium. 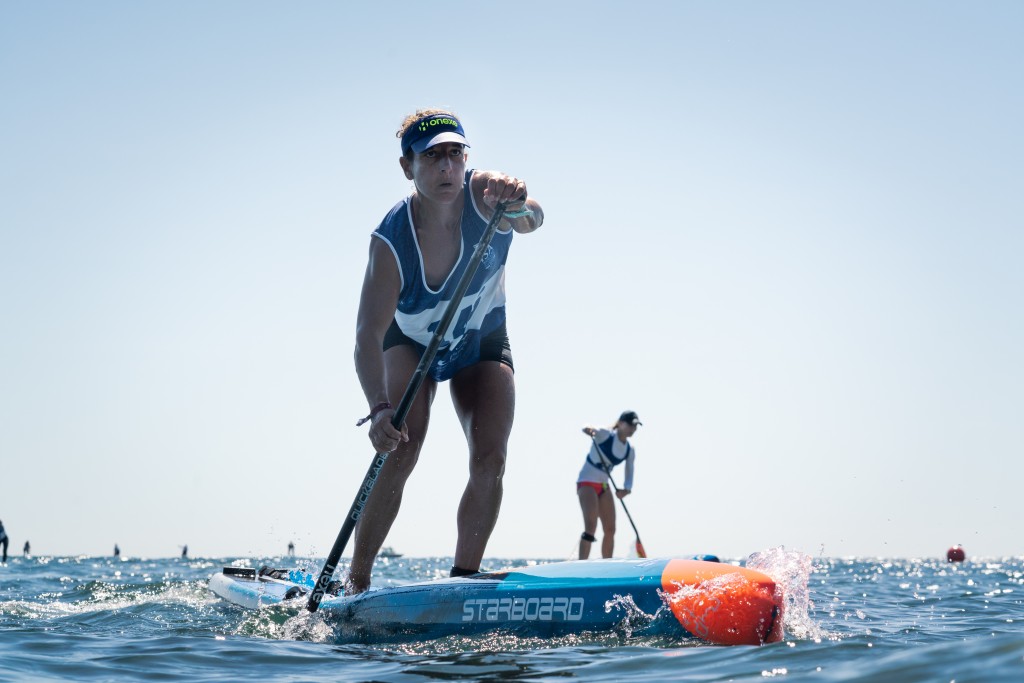 Barreras, who entered the event with low expectations as her debut participation, has dominated the field of elite talent and asserted herself as one of the premiere women paddlers in the sport.

“My goal this year was simply to come to the World Championship,” said Barreras. “Winning two Golds is a dream come true. I am super happy, even more so for my team, who are all here on the beach cheering me on.” 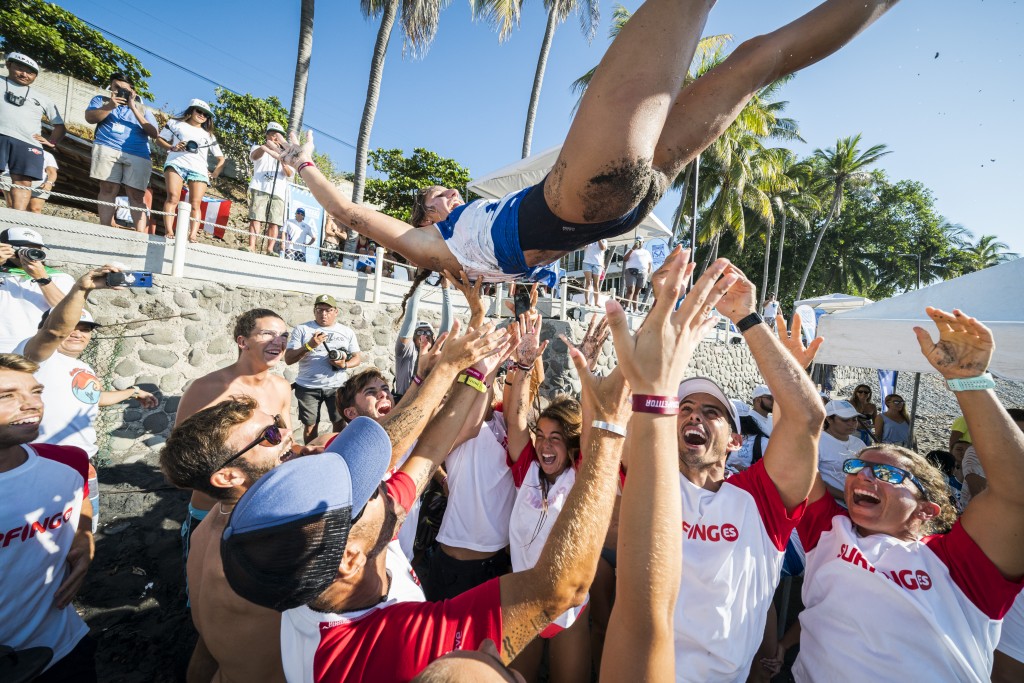 USA’s Jade Howson successfully defended her Girl’s Junior World Title, but not without a tough race against Spain’s Duna Gordillo, who kept Howson’s pace until the final stretch of the race, finishing with Silver.

“I am so excited to be here in El Salvador,” said Howson. “It’s super pretty and a great place for racing, so I am so happy to take another Gold here.” 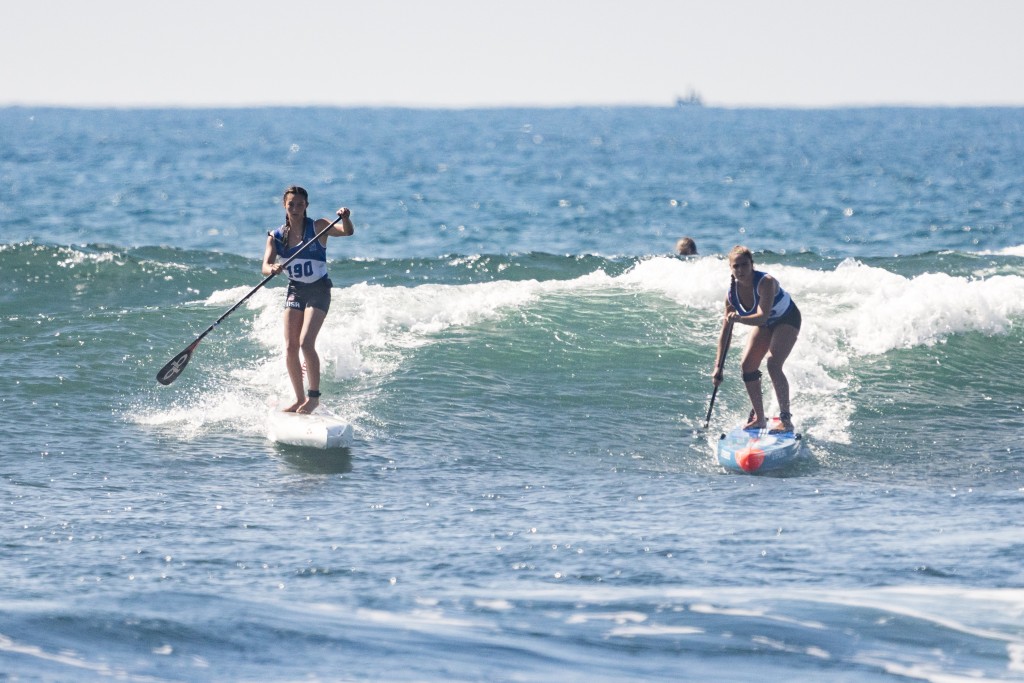 USA’s Jade Howson (left) displaying that the future of USA SUP Racing is in good hands with her second consecutive Girl’s Junior Gold Medal in the Technical Race, her second of the event after winning Gold in SUP Sprints. Photo: ISA / Ben Reed

“It’s so unbelievable!” said Andersen. “At the end I got a little lead on [Rai Taguchi] and I was able to hold it all the way to the finish.

“I am really grateful to have Casper [Steinfath] here today. He’s been with me since day one. He pushed me into my first wave at nine years old. We warmed up together and he gave me some key tips out there for the race.” 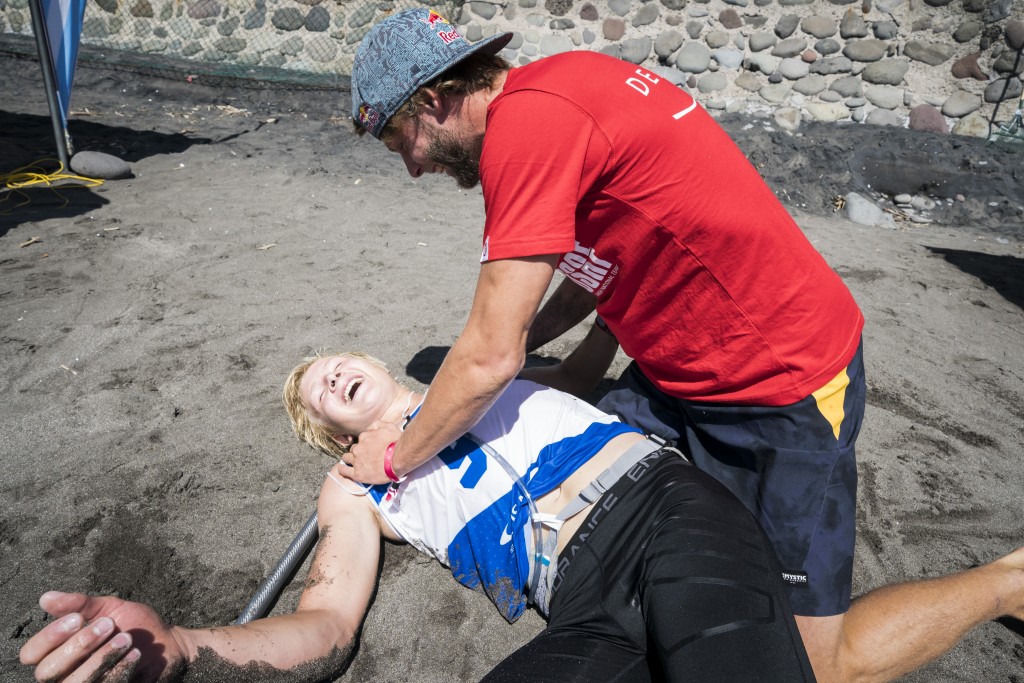 Both Howson and Andersen showed exceptional courage by entering the Women’s and Men’s SUP Technical Races not long after their earlier junior victories. The exhaustion of having already competed earlier in the day was an unsurmountable disadvantage for both, but they showed pride and determination by competing to earn more points for their nations.

The SUP Technical Racing marked the fourth day of competition at El Sunzal, El Salvador, a turning point in the team rankings with six Gold Medals awarded across SUP, SUP Junior, and Paddleboard.

The Men’s and Women’s Technical Races capped off the day and provided loads of excitement with the world’s best racers putting it all on the line.

The Women’s Final was a tight race from start to finish, as Spain’s Barreras and France’s Amandine Chazot went back and forth throughout.

Barreras dug deep for a last reserve of energy to pass Chazot on the home stretch and pulled ahead by six seconds.

The Men’s Sup Technical Race followed with more excitement for the international delegations.

Puyo proved to be too strong for the field and pulled away from the draft train early in the race, smartly using the surf zone to further his lead on multiple occasions.

Baxter passed Martins at the shoreline to finish just one second ahead for Silver.

Two world-class athletes who are usually staples on the podiums of this World Championship, Denmark’s Steinfath and USA’s Candice Appleby, had particularly rough races today.

Steinfath, battling through a fever, and Appleby, recovering from multiple injuries, both showed dedication by competing despite earning results that they are not accustomed to – Steinfath took 11th of 12 and Appleby 9th of 12.

A particularly inspiring performance came from El Salvador’s 15 year-old Marco Falkenstein in the Boy’s Junior Technical Race. Falkenstein finished in last place, but in his first competition ever he successfully finished the course as the local crowd cheered him on.

“The support from my home nation has been so good,” said Falkenstein. “I learned out there today from the world’s best that it is not that easy and I am going to work hard for the next one.”

“The racing portion of the Word Championship has wrapped up with great success, underlining the ISA’s global authority of the discipline. The world’s best showed that SUPers are surfers, and that knowledge of the ocean and its waves is an integral part of the sport.

“El Salvador continues to be an unprecedented host for this World Championship, as the President and his cabinet are fully behind and following the event on a daily basis. The natural beauty and excellent waves that their country possesses are resources that visitors from all around the world can enjoy.”