Lasting legacy left for SUP and Surfing in El Salvador 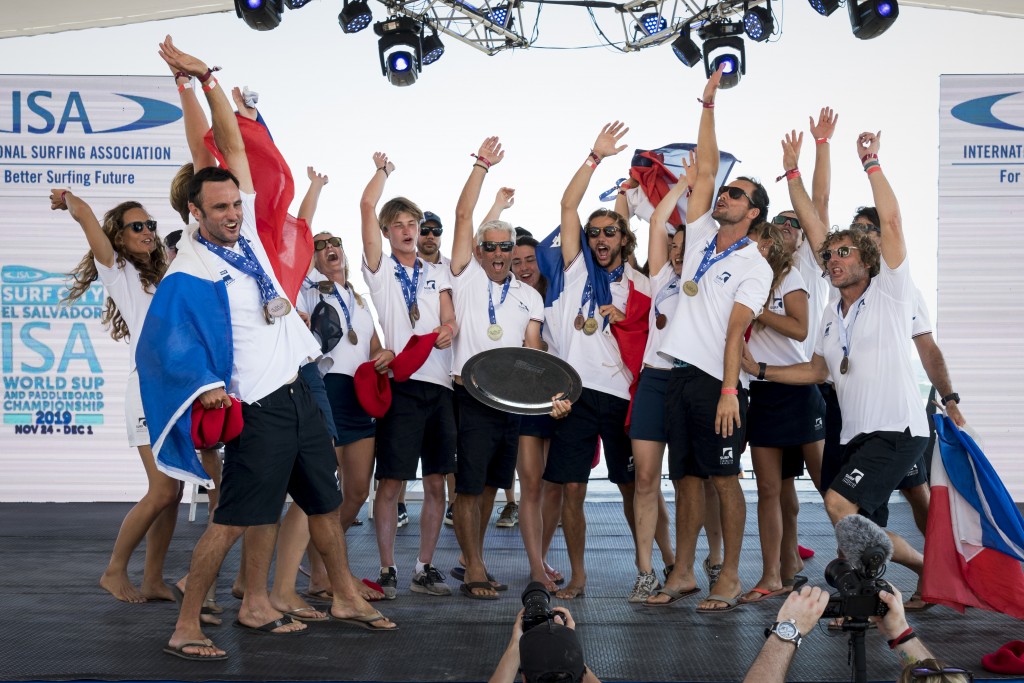 The Gold for France is their first in the eight-year history of the event, after coming up short with the Silver Medal on two occasions (2016 and 2017).

Through the week of SUP Racing, SUP Surfing, and Paddeboard Racing, Team France placed an athlete on all but one podium, amassing 15 medals, including four Golds.

Aside from the SUP Surfing Golds earned by Dupont and Carpentier, France also proved strong in the Technical Racing where Titouan Puyo took the Men’s SUP Gold and Julen Marticorena the Men’s Paddleboard Gold.

Following France in the Team Rankings was Team Spain with the Silver Medal, Team USA with Bronze, and Team Italy with Copper.

“It feels unreal,” said Dupont. “I have such a great team behind me.

“I’ve finished runner up five times across my different surfing disciplines, so this is great to finally be crowned World Champion in SUP Surfing.” 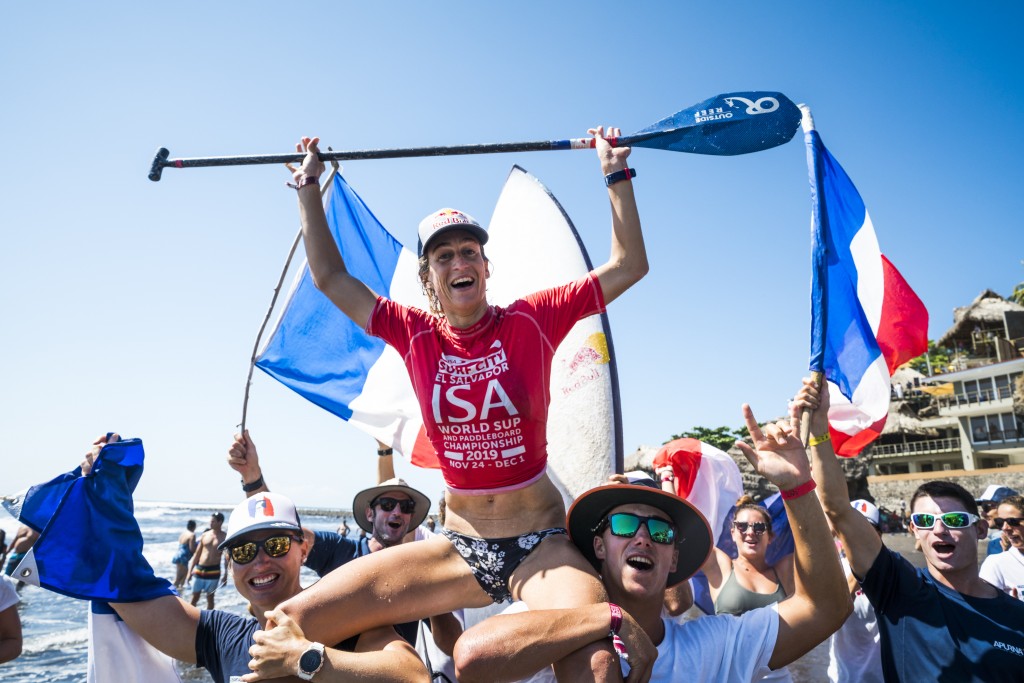 “I am over the moon right now. This is my first international win and doing it here with the whole French team is amazing.

“I knew when [Cozzolino] passed me at the end of the heat that I was going to smash the next wave and take the Gold back.”

Italy’s Airton Cozzolino continued his inspired surfing as one of the surprise performers during his first appearance in the World Championship. Cozzolino finished with the Men’s SUP Surfing Silver Medal, which was just enough to nudge Team Italy ahead of Team Brazil for a spot on the podium with the Copper Medal.

Rounding out the Men’s podium were Brazil’s Alex Salazar with Bronze and Japan’s Riki Horikoshi with Copper. 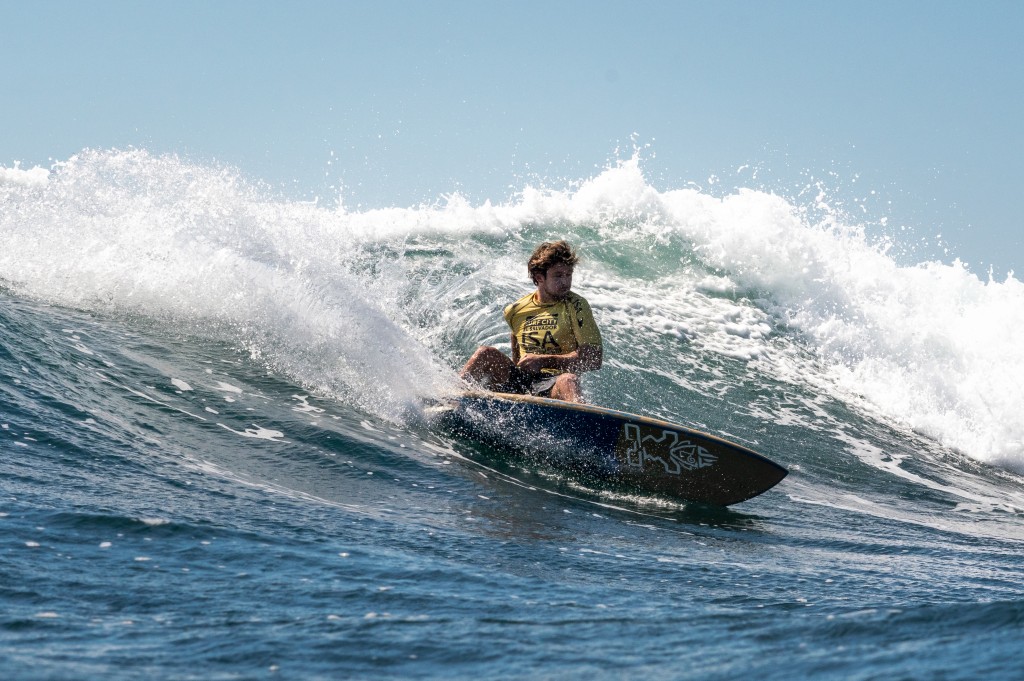 France’s Benoit Carpentier consistently put on the top performances during each day of competition, capping it off with a Gold Medal on Finals day. Photo: ISA / Sean Evans

Shakira Westdorp’s (AUS) reign atop Women’s SUP Surfing finally came to an end due to the strong surfing of Dupont. After earning Gold for the previous three years, Westdorp came up just short and earned the Silver Medal.

The success of the 2019 edition of the ISA World SUP and Paddleboard Championship has left a strong, lasting legacy in El Salvador. A pathway has been created for Salvadorian athletes to continue competing at an international level, while President Nayib Bukele’s ‘Surf City’ campaign has displayed the beauty of El Salvador to the visiting delegations and global viewers from all over the world. 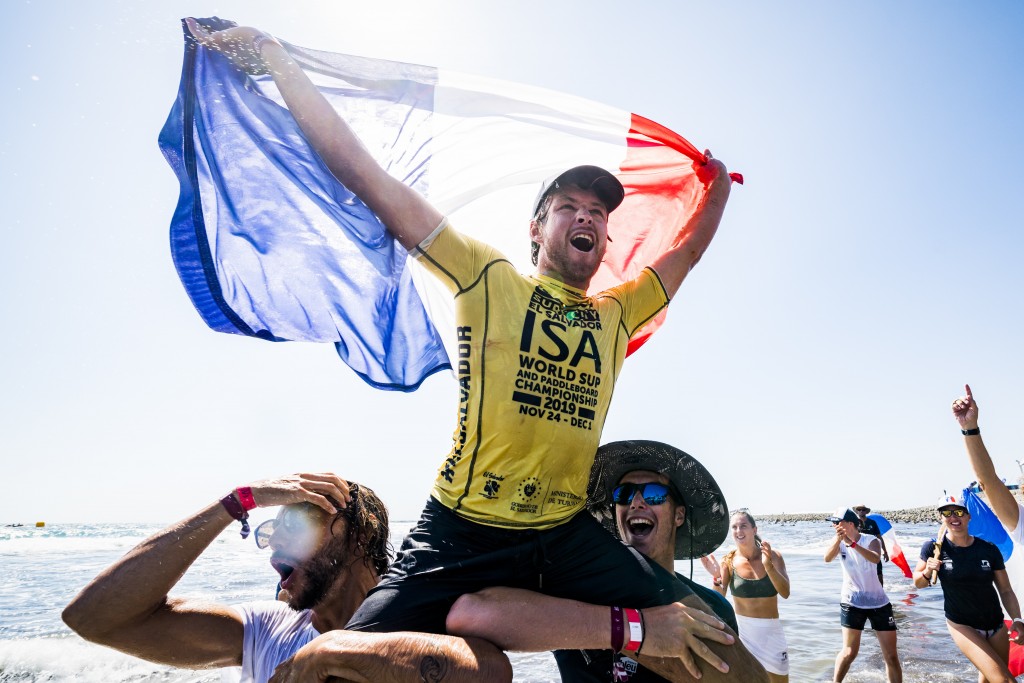 The eighth day of competition at El Sunzal featured the Men’s and Women’s SUP Surfing Finals.

A strong south swell continued to grace the cobblestone point with quality waves blown by an offshore wind in the morning that turned onshore later in the day.

After a morning of Main Event and Repechage Rounds, the Women’s Grand Final took to the water first.

However, Westdorp was not able to find an equally strong back-up score, and Dupont surged ahead at the end of the heat to surpass Westdorp’s total by just three-tenths of a point.

Dupont, who is the Chair of the ISA Athletes’ Commission and recently rode what is speculated to be the biggest wave for a woman ever at Nazare, Portugal, showed her prowess in all disciplines of surfing and earned her first SUP Surfing Gold. 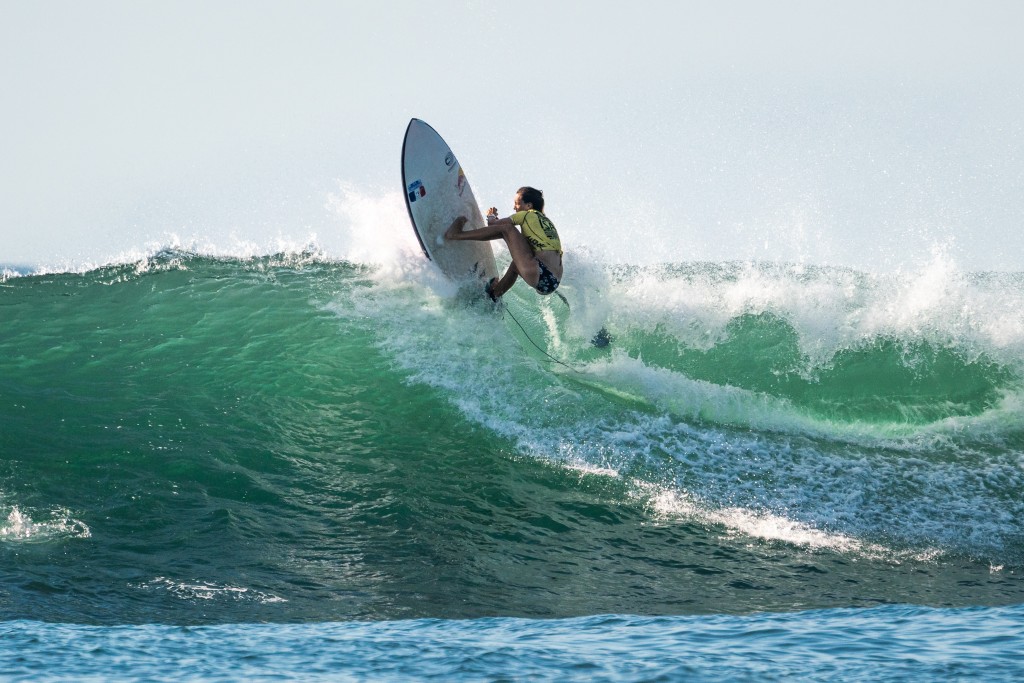 Justine Dupont on her way to the top of Women’s SUP Surfing. Photo: ISA / Sean Evans

The Men’s Grand Final followed with Carpentier intent on earning a second Gold on the day for Team France.

Carpentier was surpassed by Italy’s Cozzolino, however he bounced back in the final 90 seconds of the heat with the Final’s highest wave score yet with 8.9 points.

The last minute wave of Carpentier completed the perfect ending for Team France and cemented their position atop the team podium.

“We could not have asked for a better 2019 edition for the ISA World SUP and Paddleboard Championship. El Salvador has been a warm, welcoming host with a picturesque coastline and the world’s best brought their top performances in the premiere World Championship for SUP.

“There is no doubt that StandUp Paddle is a sport born from surfing and embedded in the surfing culture. The strong performances and positive athlete feedback that we experienced this week have further reinforced this fact.

“After historic inclusion in the Lima 2019 Pan Am Games, this edition of the World Championship has proved to be another steppingstone in the global growth and development of the sport that we hope will one day lead StandUp Paddle to the program of the Olympic Games.”