The World’s Best Men Light Up Punta Rocas, While The Women Get Their First Shot On Monday

The incredible waves of Punta Rocas, Peru continued to provide an excellent opportunity for the world’s best surfers from the 22 National Teams to perform at the highest level of competition. 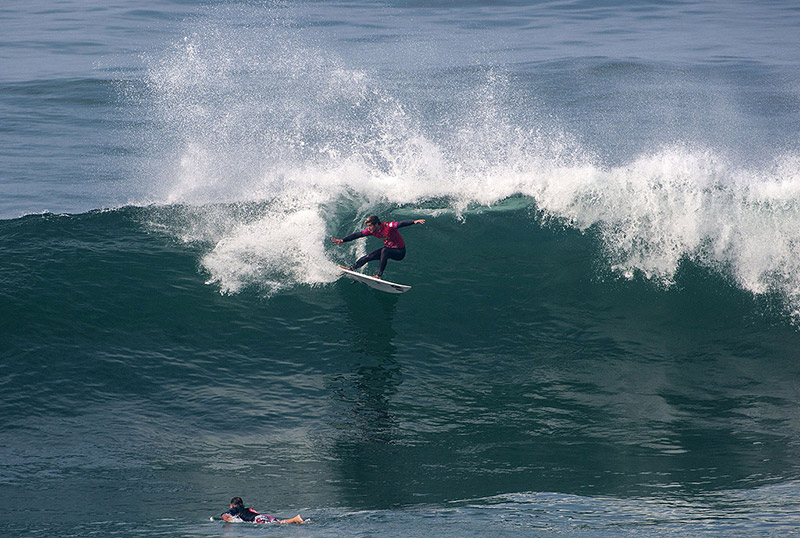 Argentina’s Santiago Muniz dominated his heat earing a 15.50 score, and is looking to reclaim the Gold Medal he won at the 2011 ISA World Surfing Games. Photo: ISA/Rommel Gonzales

Day 2 of the Claro ISA 50th Anniversary World Surfing Games was another action-packed day with plenty of swell in the water. Though the SSW swell that provided double-overhead surf on Saturday slightly dropped, the easing surf remained well overhead with long walls of over 150 yards long. 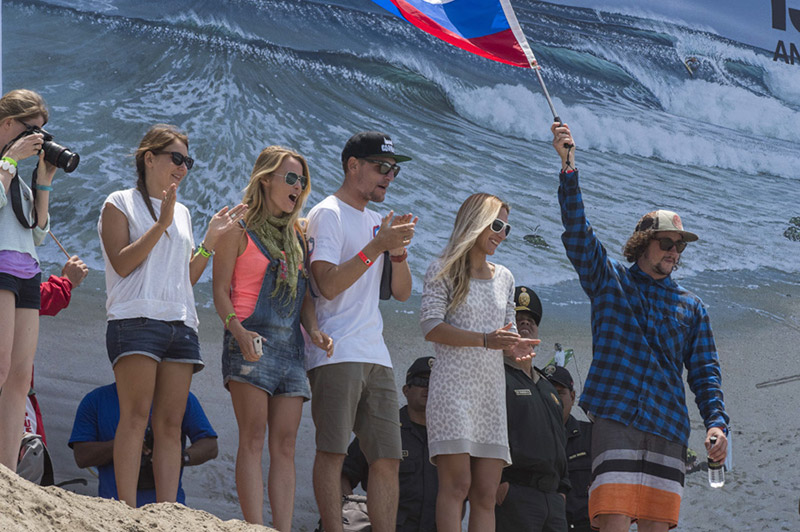 “Last night we had the Annual and Biennial General meetings where we elected two new Vice Presidents, Barbara Kendall an Olympic Gold Medalist and Member of the International Olympic Committee from New Zealand, and Casper Steinfath, current ISA SUP Racing World Champion,” remarked ISA President Fernando Aguerre. “It’s a great new team and I got re-elected, so I get the chance to work for another four years. I love this, it’s what is in my mind and heart, to promote the sport as a force of good.”

Aguerre continued, “Today was sunny and the waves were great, a little smaller than yesterday. It was a very good competition day, we ran the remaining heats of Round 1 and then Round 2, and tomorrow is the turn for the ladies, early in the morning, it’s going to be amazing.” 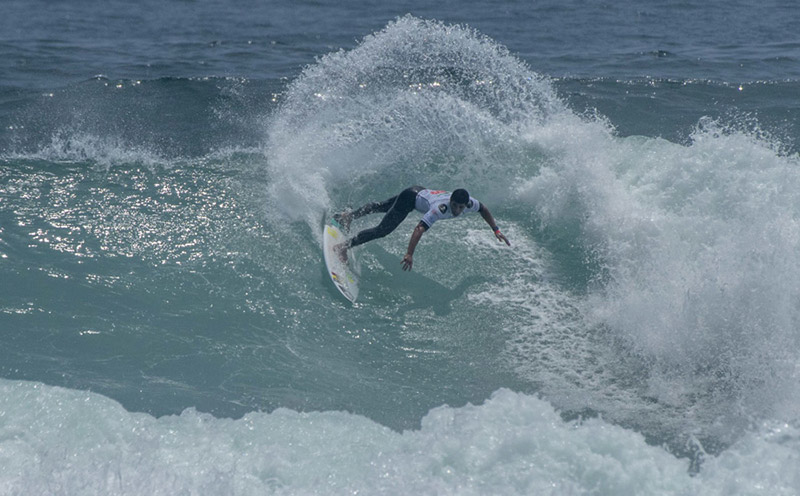 In the first heat of the day, it was a history making moment for the ISA, with the first time a surfer from the United Arab Emirates, to compete at an ISA World Championship. The Dubai native, Mohammad Rahma, learned to surf just a few years ago at the Wadi Adventures Wave Pool in Abu Dhabi. Rahma got injured playing for the Rugby National Team and during his rehabilitation process, would run on the beach where he first encountered surfers. He decided to give it a try and fell in love with the sport. 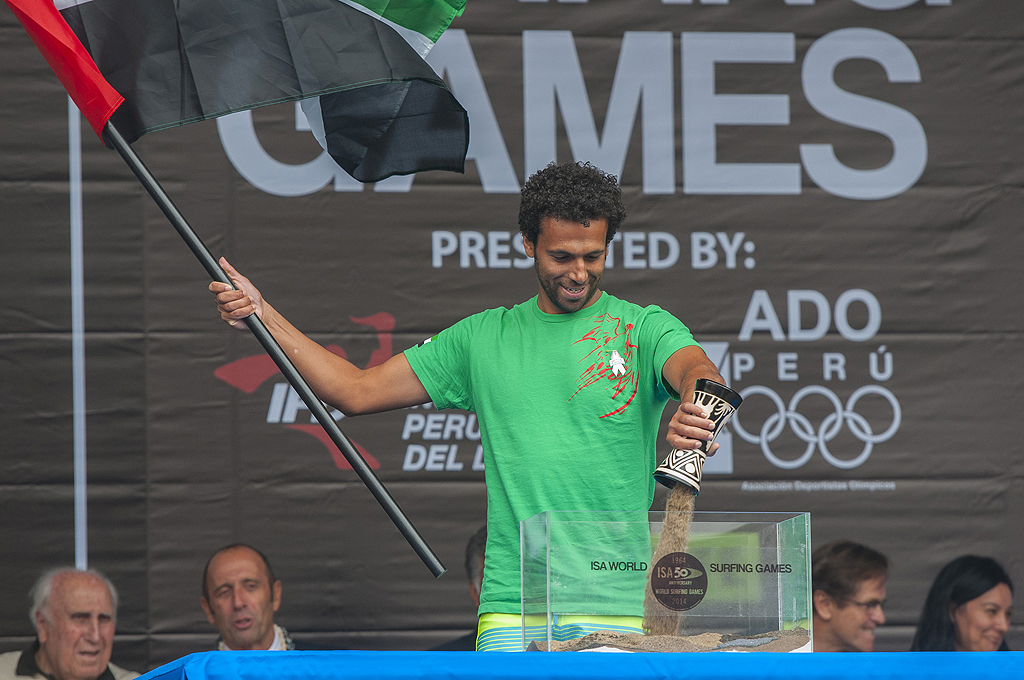 “This is my first contest in the ocean and also the first one that I see, so I’m really stoked to be out there,” commented Rahma. “It was very big and a bit tough conditions. It’s the biggest swell that I have seen in my life, so I’m really excited. The first heat is out of my way and I feel more comfortable now and ready for the Repechage.”

South Africa´s Michael February achieved the highest total heat score of the day in a very close heat against Argentina’s Leandro “Lele” Usuna. February sealed the victory in his first two waves with a 7.00 and 9.13, for a total of 16.13, followed by Usuna’s 7.83 and 6.50, for a total of 14.33. Both surfers defeated Ecuador’s Sebastian Santos (9.24) and Carlos Goncalvez (7.14). 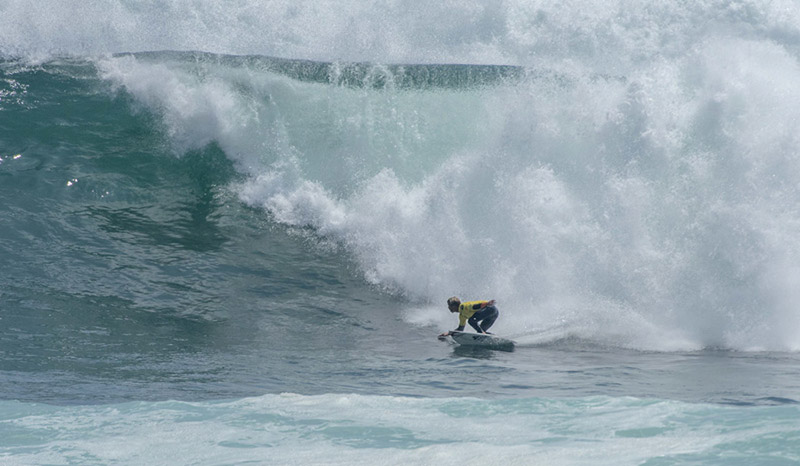 “Lele” Usuna bottom turning ahead of a big wall ahead. Photo: ISA/Michael Tweddle

“I’m really happy, I had a very good heat. Yesterday was a bit slow, but I could put a good heat together today,” said a relieved Michael February. “The waves are really fun, I just want to surf as best as I can and aim to get some good scores. My highest wave was a very good and long wall. There are not many like that, so I’m happy to get that one and get a good score. Tomorrow I want to be on the beach supporting everyone on my team and I hope that everyone goes well.”

Another notable performer was Argentina’s Santiago Muniz, who dominated his heat earing a 15.50 score, and is looking to reclaim the Gold Medal he won at the 2011 ISA World Surfing Games.

Team Peru is defending their home court well, with all four surfers advancing to Round 3 of the Main Event. Cristobal de Col (12.17), Gabriel Villaran (13.23), Joaquin del Castillo (11.5), and Sebastian Alarcon (15.1), will be looking to do their part to repeat the 2010 ISA World Surfing Games Team Gold Medal. 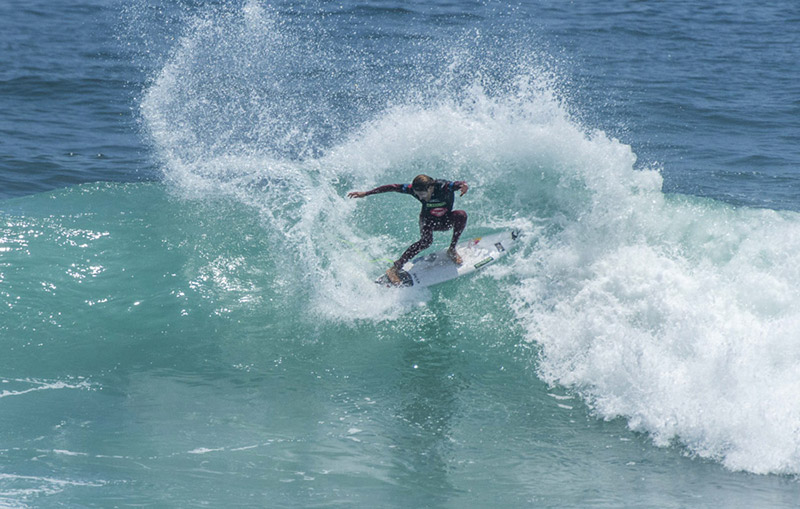