The waves were incredible throughout the Finals. The morning heats saw glassy surf in the 6-8 feet range at the perfect right hand point-break in Montañita, Ecuador. A gentle onshore breeze picked up mid-morning, but the waves remained consistent and pumping all day
Team Hawaii successfully defended their title of World Team Champions and winners of the Eduardo Arena Perpetual Team Trophy, named after the Peruvian founder and first President of the ISA in 1964. 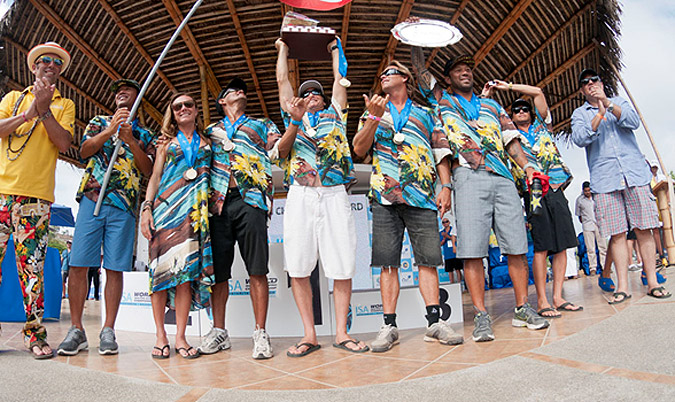 “Huge congratulations to all of the winners. This was an amazing competition with great waves and excellent performances from all athletes,” commented ISA President Fernando Aguerre. “Thank you to everyone that helped organize this amazing event including the President of Ecuador Rafael Correa, the Minister of Sport Francisco Cevallos and the Deputy Minister Augusto Moran, and the over 20 government organizations that helped make this World Championship a reality. Ecuador is an incredible surfing destination. We plan to come back next year with another ISA world championship.”

Grand Kahuna (over 50) Chris Knutsen was rewarded for his powerful surfing and impeccable wave selection with his fourth ISA World Championship.  The South African reached the Final via the Repechage rounds, and put on a display of powerful, clean surfing.  During the live webcast interview, the South African expressed his desire for a fourth gold medal to have one for every one of his grandchildren. 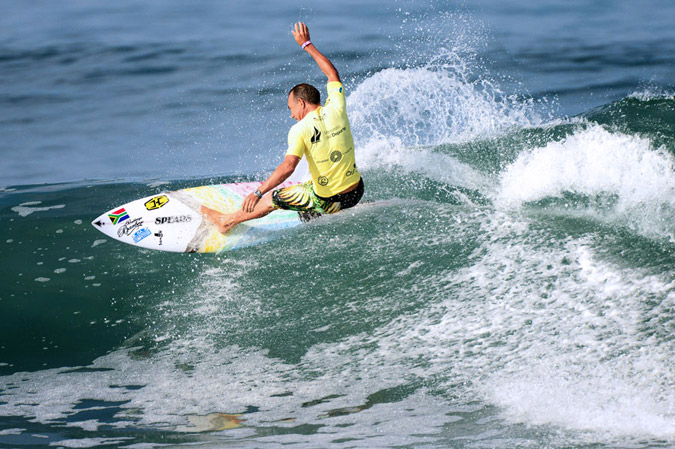 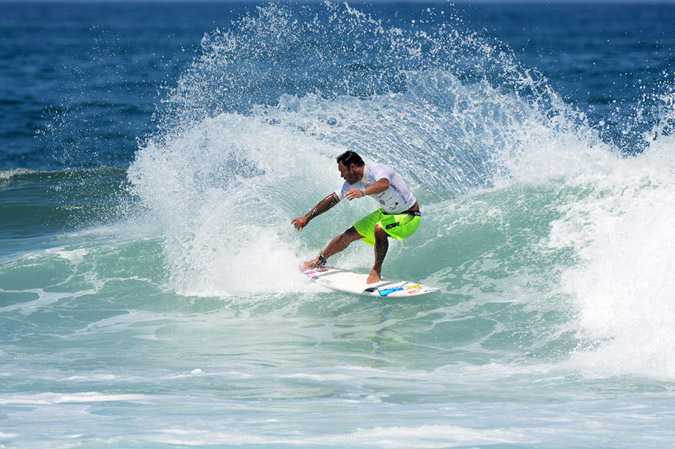 Hawaii’s Mike Latronic, who also reached the Final through the Repechage, won the Kahuna (over 45) division. 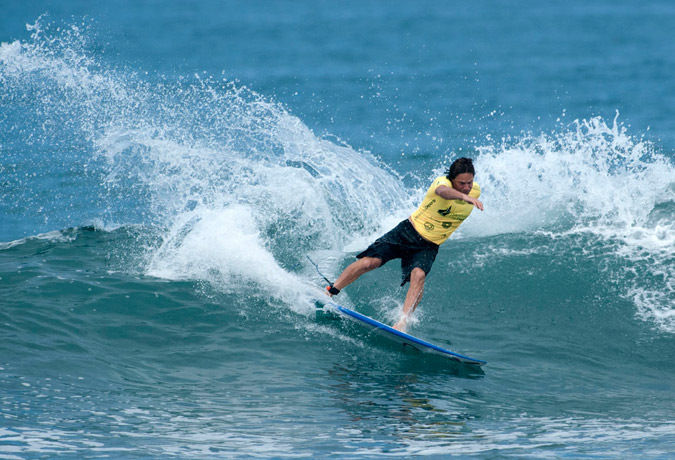 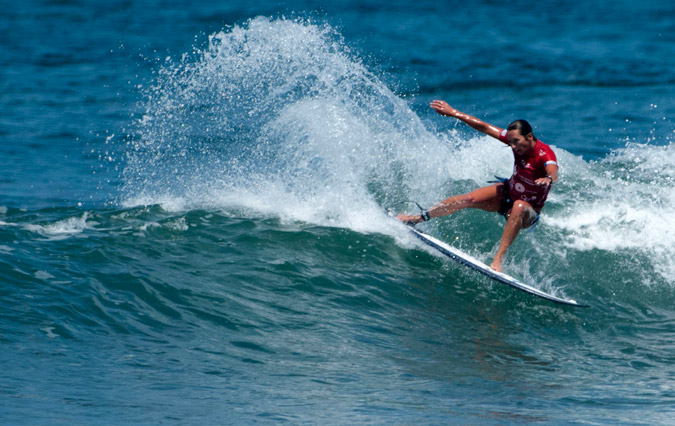 Greg Emslie from South Africa is the new ISA Masters (over 35) World Champion.  Emslie was unstoppable in the Final with a near-perfect total heat score of 19.46, the sum of two individual scores of 9.83 and 9.63. In second, Kalani Robb (HAW, 14.50) won the Silver Medal, Magnum Martinez placed third for the Bronze (VEN, 12.83), and Sunny Garcia, surfing down into the younger age group,  (HAW, 12.30) placed fourth, winning the Copper Medal. 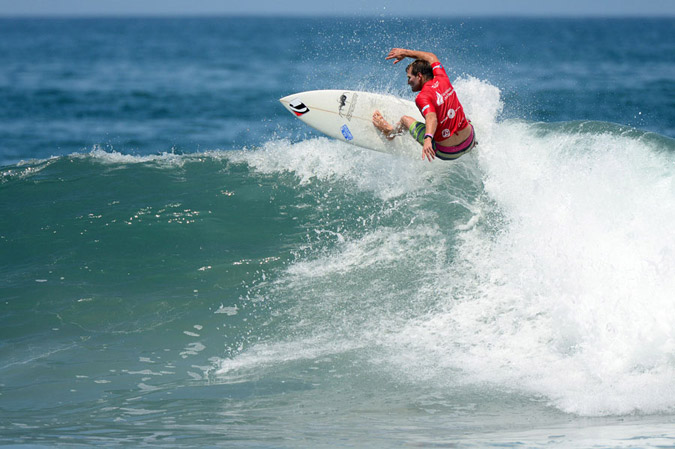 The last event of the day was the thrilling ISA Aloha Cup, a tag-team relay competition that featured the four finalists, who earned a position in the Finals by advancing through the semi- finals the day before.

Today’s Aloha Cup Final featured teams from Hawaii, Brazil, Australia and Venezuela.  Each Team is made up of 4 men and 1 woman, and each surfer is scored on the best two of a maximum of three waves. The Final was one hour long. 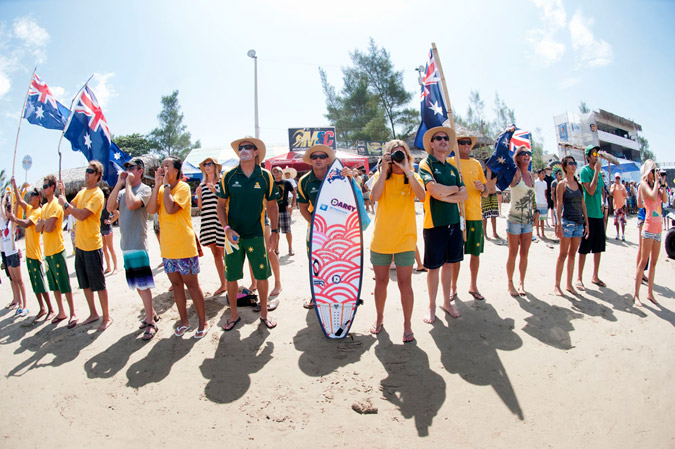 The Closing Ceremony took place in Concha Acustica on the beach, to officially close the 2013 ISA World Masters and award the Eduardo Arena Perpetual Team Trophy and all the individual medals. 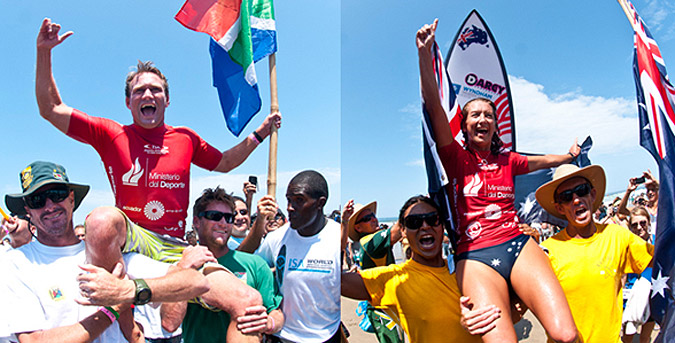 As part of the ceremony, a special gift was awarded to all the first place finishers.

The local surf shop in Montañita that specializes in Balsa surfboards, “Balsa House,” along with its owner, Cesar “Rasty” Moreira, presented a custom hand made Balsa Wood Surfboard to each individual Gold Medalist.

In addition, a special announcement was made by ISA President Fernando Aguerre and Ecuador’s Surfing Federation President Xavier Aguirre that an ISA World Championship will return to Ecuador in 2014 with the support of the Ministry of Sport.

For the full event coverage with daily videos and photo galleries visit- www.isawmsc.com