France is on the verge of making StandUp Paddle history, holding the lead in the overall team ranking with one day remaining in the 2019 Surf City El Salvador ISA World SUP and Paddleboard Championship.

A Gold Medal would be the first for Team France in the event’s eight year history, after coming up just short in 2016 and 2017 with the Silver Medal. 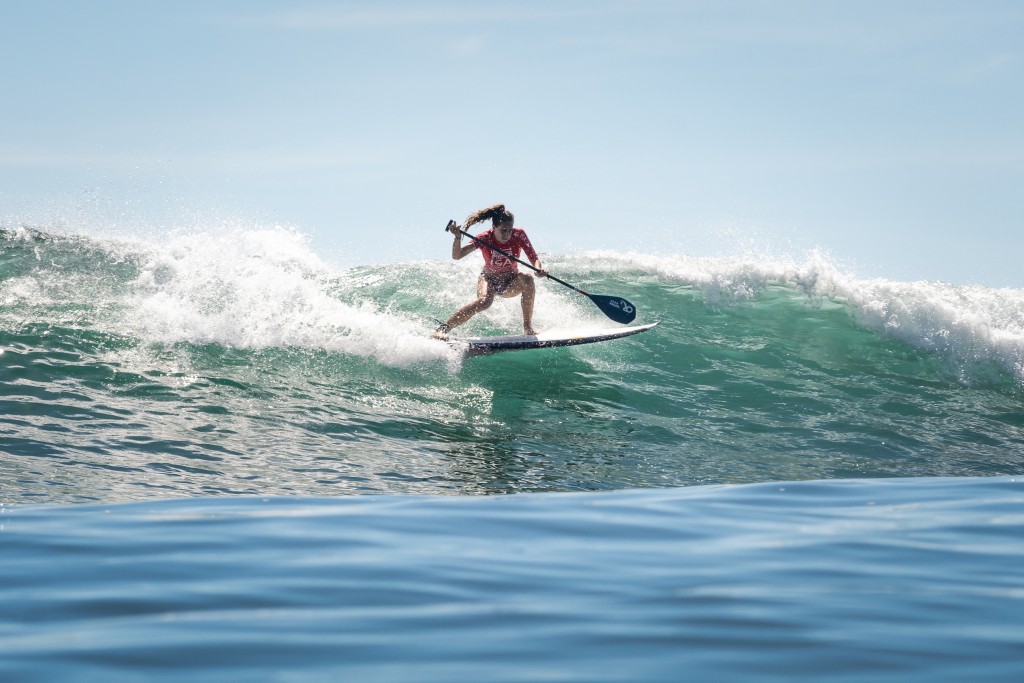 France’s Justine Dupont holding her nation strong in the pole position with one day remaining in the World Championship. Photo: ISA / Sean Evans

France still has two SUP surfers remaining in the event, growing their lead over Team USA and Spain. All three nations lost two surfers each during the day of competition.

France’s Benoit Carpentier and Justine Dupont have already placed in the Men’s and Women’s Main Event Final, just one heat win away from a berth in the Grand Final and a guaranteed podium finish.

“I am really proud of my teammates,” said Dupont. “I love this type of event with national pride and team camaraderie. I am happy to make it through to the final day to go for Gold.”

Carpentier has shown utter domination through the first three days of SUP Surfing, earning the highest total each day in the Men’s Division. His score of 16.73 matches his previous event-high total earned on Friday.

The last hopes remaining for Spain and USA in the event are all in the Repechage Rounds – Iballa Ruano and Guillermo Carracedo for Spain, Candice Appleby and Zane Schweitzer for USA. 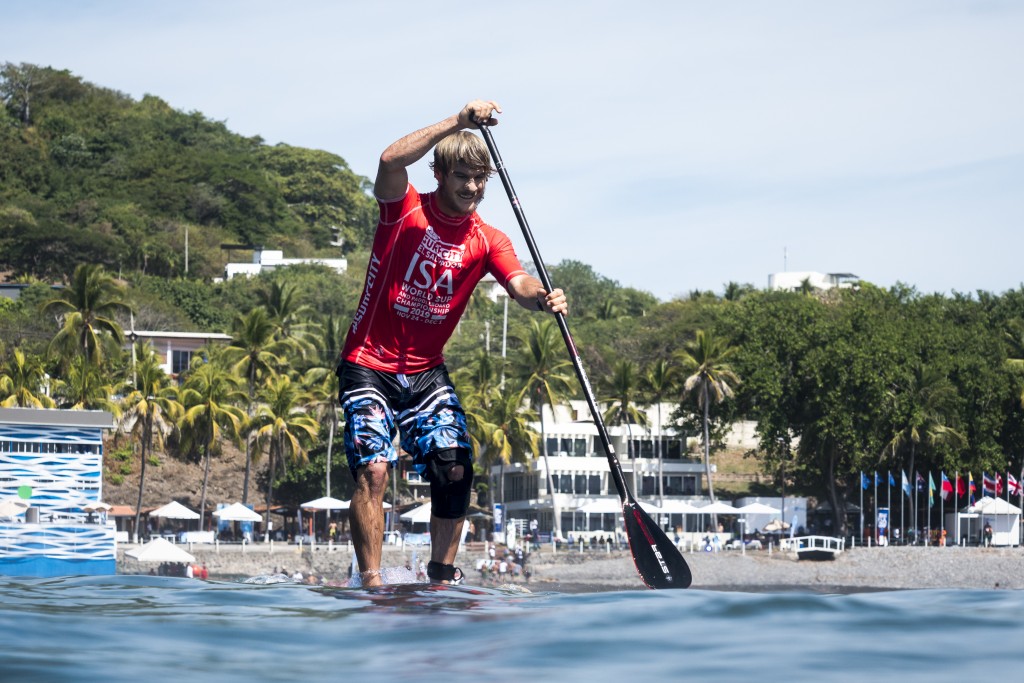 The anticipated south swell arrived with fantastic conditions on the penultimate day of competition. Chest to head-high waves and morning offshore wind produced the highest heat scores of the event thus far.

Italy’s Airton Cozzolino continued to impress in his ISA debut, earning the highest wave score of the event among all surfers with 9.33 in the Men’s Division.

Cozzolino advanced to the Men’s Main Event Final where he will be joined by Japan’s Riki Horikoshi, France’s Carpentier, and Brazil’s Alex Salazar.

Dupont, who is also Chair of the ISA’s Athletes Commission, will take to the water again on Sunday in the Women’s Main Event Final against the three-time defending World Champion Australia’s Shakira Westdorp, Japan’s Yuka Horikoshi, and Panamerican Silver Medalist Vania Torres.

Yuka and Riki Horikoshi, the brother and sister duo from Team Japan, both remain undefeated in the event and could potentially make history on Sunday as the only brother-sister combination to ever take medals across both SUP Surfing divisions.

Riki earned the second highest wave score of the event behind Cozzolino with 8.93 points, demonstrating surfing that is deserving of a medal on Finals day.

Surfers on the other side of the draw, currently placed in the Repechage Semifinals, will need to pass two more heats to arrive to the Grand Final and guarantee a medal.

Puerto Rico’s Max Torres advanced through to the Repechage Final and let his excitement show upon making it to Finals day.

“This is my first ISA World Championship and I wasn’t expecting to make it so far,” said Torres. “Winning a Gold Medal would be awesome for me, and a dream come true for my nation as the first for Puerto Rico in SUP Surfing.” 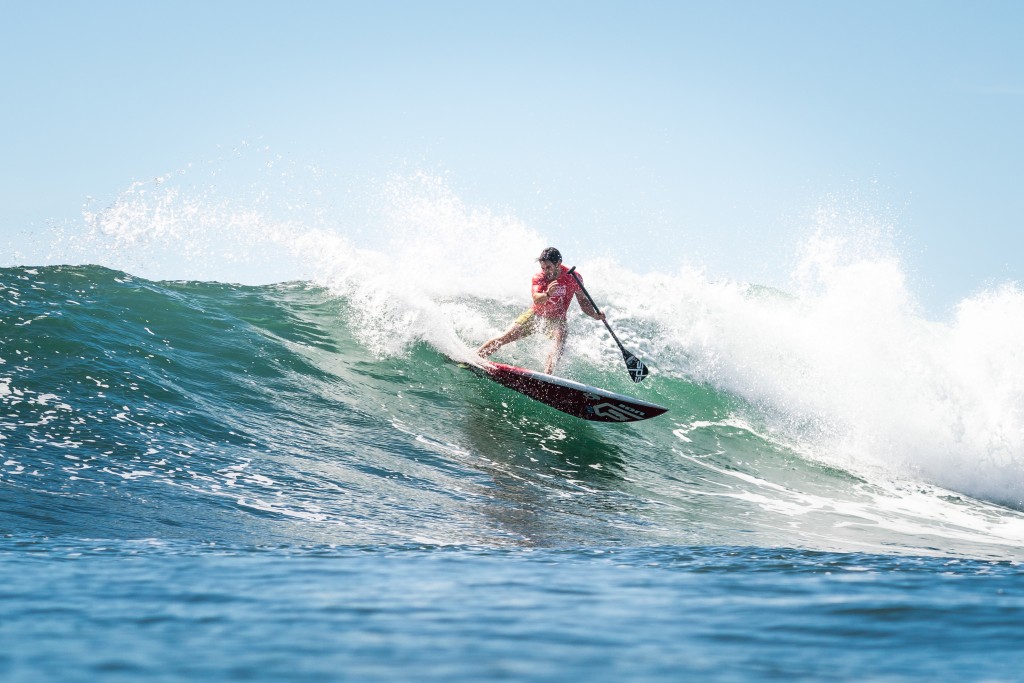 Guillermo Carracedo will look to lead his nation on finals day and secure a podium finish for Spain. Photo: ISA / Sean Evans

Taking advantage of the global attention that the World Championship has brought to El Salvador, the Ministry of Environment and Natural Resources held a turtle release at El Sunzal to bring awareness to wildlife conversation in El Salvador.

Dozens of international athletes took part to witness the turtles begin their journeys into the ocean.

“The environment and tourism are closely related,” said Minister of Environment and Natural Resources Fernando López. “We are working to protect and conserve our nature and wildlife.

“The most important thing to know is that the beauty you see here at El Sunzal is El Salvador, not the negative images that you see on the news.”

The official Surfline forecast is calling for the swell seen on Saturday to hold strong for Finals day on Sunday.

“A historic week of competition is nearing its end in El Salvador. All of the emotion, camaraderie, and national pride will culminate on Sunday as we crown two more Gold Medalists and the Team World Champion.

“I am proud of the athletes for having represented their nations with such pride, and of our partners in El Salvador for delivering a world-class level competition that these athletes are so deserving of.

“I am looking forward to watching the next page of the history books written tomorrow at El Sunzal.”