The 2019 Surf City El Salvador ISA World SUP and Paddleboard Championship kicked off in dramatic fashion on Sunday and awarded the first Gold Medals of the event in the SUP Sprints.

USA’s 17-year-old phenom Jade Howson took the Gold in the Women’s SUP Sprint, igniting an excellent start for Team USA and showcasing the promising future that awaits her in the sport of StandUp Paddle Racing.

“It feels so great,” said Howson. “Last year I won sprint Bronze and I just really wanted to improve this year.

“I have the best teammates. We’ve all known each other for a really long time. It’s more of a family than it is a team.” 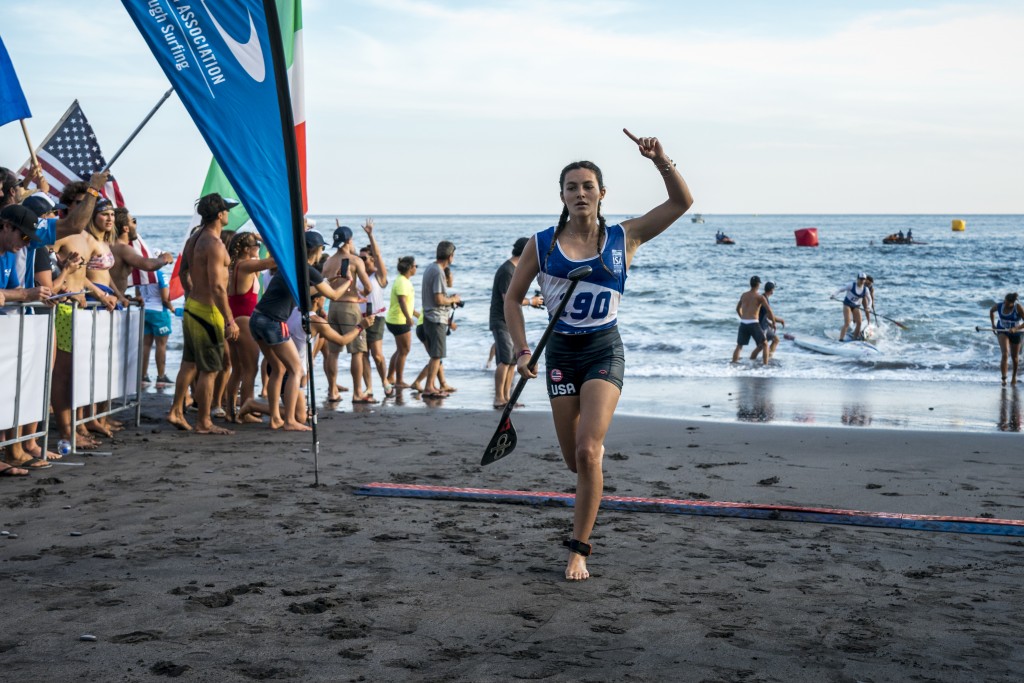 USA’s Jade Howson gets the first Gold Medal of the competition in the Women’s SUP Sprint. Photo: ISA / Ben Reed

Italy’s Claudio Nika put on a dominant performance in the Men’s division, finishing the 200 meter sprint in the fastest time of the day (59 seconds) to earn his first-ever ISA Gold Medal – also the first for an Italian.

“It feels like the greatest thing that I’ve done in my life!” said Nika. “I’ve been working hard for that and now I’ve reached my goal.

“I will be looking for more results this week. Let’s see what happens tomorrow in the Long Distance Race.” 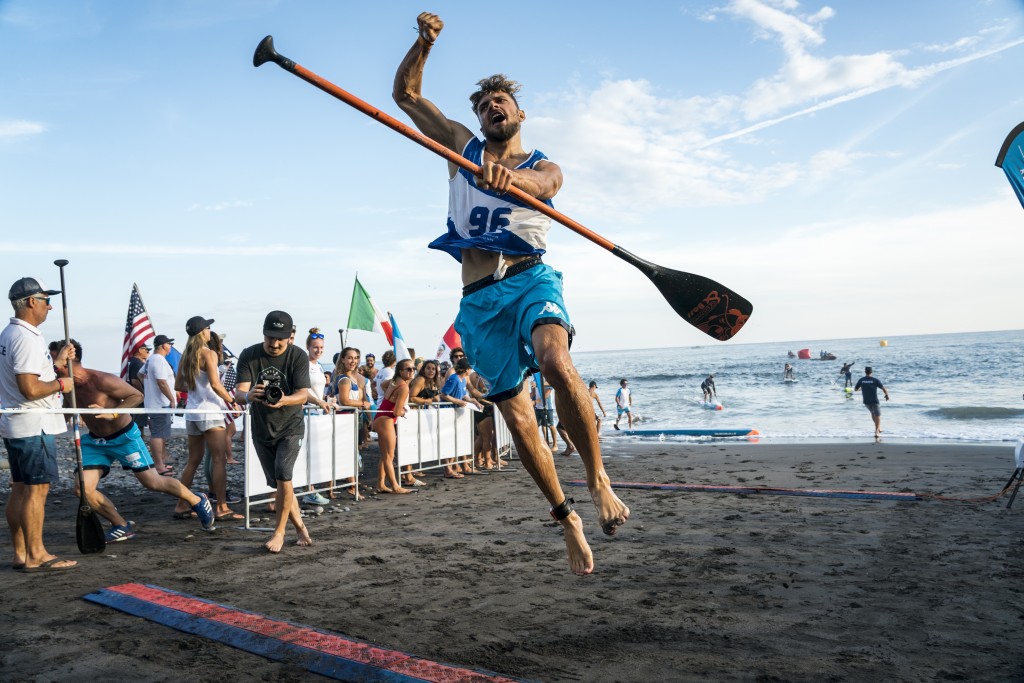 Claudio Nika not afraid to let his emotion out after his first Gold Medal performance in the history of the event. Photo: ISA / Ben Reed

The competition on Sunday featured Quarterfinals, Semifinals, and Finals in the Men’s and Women’s SUP Sprint. The race featured a 100 meter sprint out to a buoy, that was then rounded in a final 100 meter straight-away back to the beach to the finish line.

At the half-way point of the race at the buoy turn, Howson trailed de Souza, but in a strong finish Howson took the lead right at the water’s edge and finished in first with a two second cushion to earn Gold.

De Souza, who fell while transferring from water to sand, just missed a chance at Gold to earn the Silver. Stenta took the Bronze and Chazot the Copper. 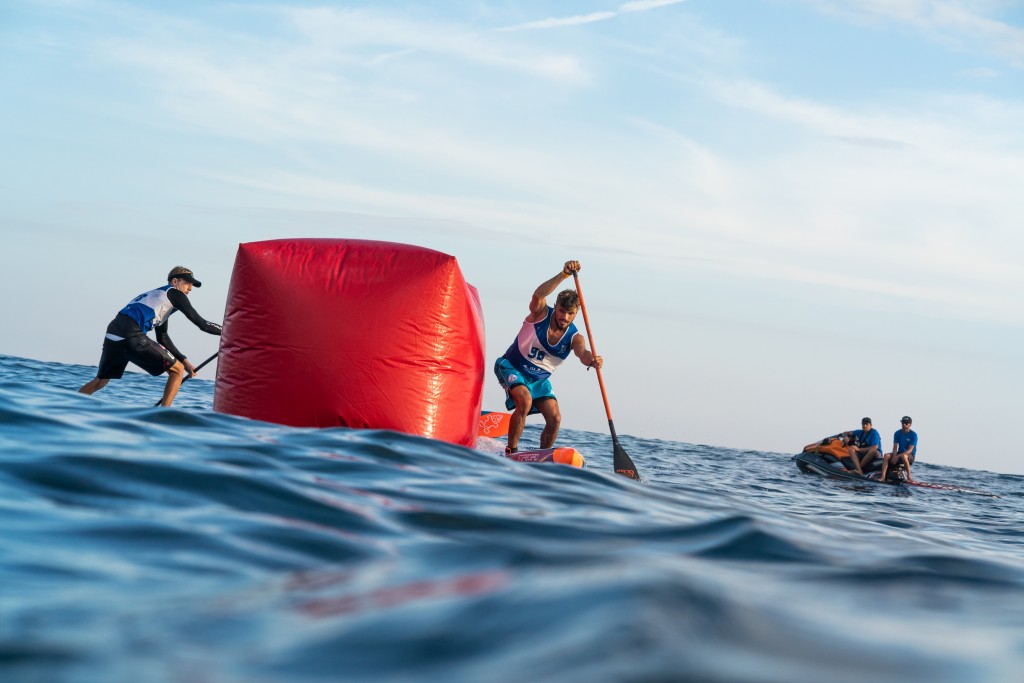 Nika pulled away on the home stretch and built a lead over Baxter to take the Gold as Team Italy erupted with emotion at the finish line.

Baxter took the Silver, capping off a solid overall sprint performance for Team USA, Puyo the Bronze, and Delgado the Copper.

The Opening Ceremony officially inaugurated the competition on Sunday morning, featuring the ISA’s festive Parade of Nations and unique Sands of the World Ceremony.

During the parade, 161 athletes from 27 nations marched down the beach from the town of El Tunco to the point break of El Sunzal, with national cheers ringing out in unison.

Next, for the Sands of the World, each country took to the stage with two representatives – one to bear the nation’s flag and one to pour sand from their local beaches into a container – in a symbol of nations uniting in peace through SUP and Paddleboard. 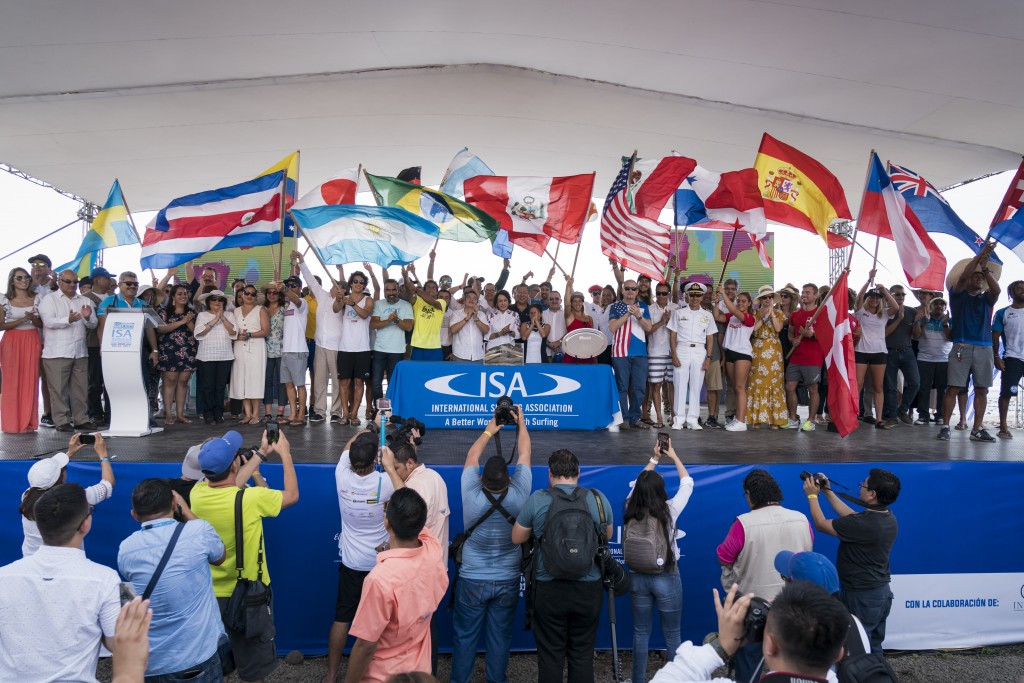 Representatives from each competing nation and government officials celebrate the opening of the event. Photo: ISA / Ben Reed

ISA President Fernando Aguerre was unable to attend in person due to an injury, but sent a voice message to address the international delegations.

“These are historic times for SUP,” said Aguerre. “A few months ago SUP made its debut in the Pan American Games under the ISA’s leadership.

“Today we celebrate the eighth edition of this World Championship.

“We are the United Nations of SUP and Surfing. We are here to show the leaders of the world that peace between nations is not just necessary, but also possible.

“We are happy to be in El Salvador with its warm people, excellent waves, and warm water and climate.”

“It’s a privilege to have the world’s best SUP and Paddleboarders here in El Salvador parading down our beaches.

“We hope that after seeing our country that you come back, not just one time, but many times. This is your wave. This is your home and country. These are the people that will always welcome you with open arms.

“Surfing has changed my life. It showed me that fear doesn’t exist and that on a wave, we are all equal. In the water, there are no social classes, just you, your board, and nature.

“I cannot thank President Nayib Bukele enough for this excellent idea of Surf City. It has been the best that could happen to this country.” 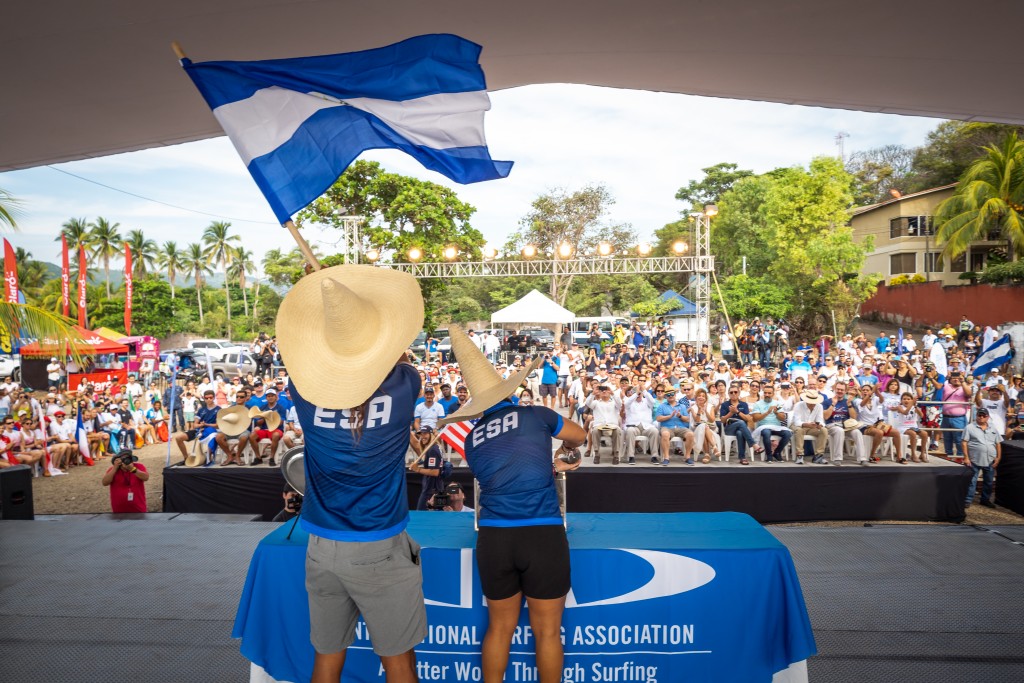 Team El Salvador tops off the Sands of the World to the cheers of the local fans. Photo: ISA / Sean Evans

Following the speeches the competitors were treated to a traditional dance performance from the group Historiantes de San Antonio Abad.

The Opening Ceremony comes the morning after representatives from all national delegations visited President Bukele at the presidential house ahead of the competition.

President Bukele called the event a “game changer” and a key part of the campaign to promote tourism in El Salvador.