Day 4 of the 2013 ISA World Masters Surfing Championship was greeted with an increasing swell and a beautiful, sunny day. The morning had an extreme low tide and the contest was put on hold to allow for the conditions to improve and showcase the best performances from the world’s best over-35 surfers. 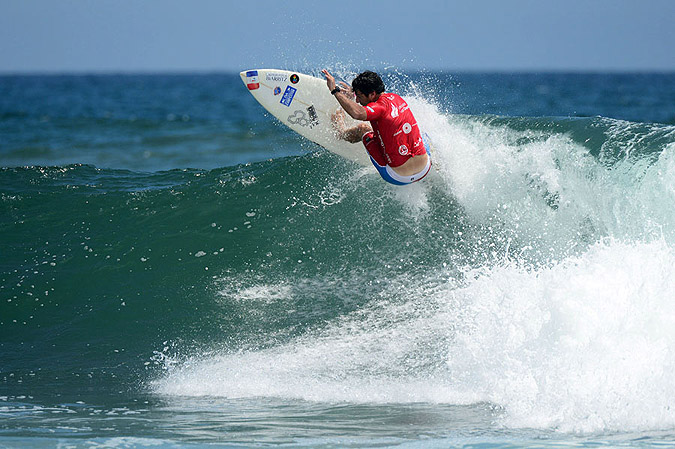 Once the tide was more favorable, the expected new swell began to show signs of life. Conditions improved throughout the day with 3-5 feet waves and occasional overhead sets by the afternoon. The long period South swell is expected to continue to build further with surf in the 5-7 feet range tomorrow, as predicted by Surfline, the Official Forecaster of the ISA World Masters Surfing Championship.

“The competition is now reaching its critical stages where athletes can’t afford to lose or they will go home,” remarked ISA President Fernando Aguerre. “It has been a pleasure sharing the beach with all the Ecuadorian locals along with the 150 Masters from around the world. With the expected swell building for the rest of the week, the World Championship is looking to finish in epic conditions.”

The Repechage includes all the surfers that have failed to advance in the Qualifying heats. Once in this round, if a surfer places 3rd or 4th, they are no longer in the competition. The surfers that advance have a chance to make it to the Grand Final.

Day 3 began with the Grand Masters, where the surfers over 40 battled the rising conditions. 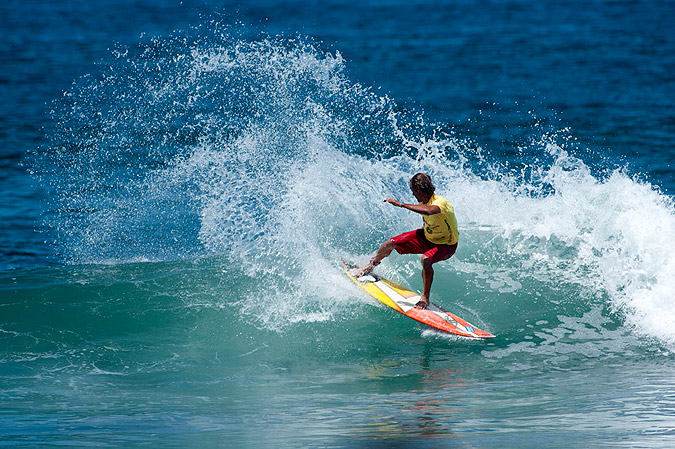 Brazil’s Marcelo Alves was one of the standouts of the day, winning his Grand Masters Repechage heat with powerful turns like this. Photo: ISA/ Rommel Gonzales

Marcelo Alves from Brazil had the best performance in this division, posting a total heat score of 13.46, overcoming Martin Jeri from Peru who achieved 9.86 points, placing second, both advancing to the next round. Unfortunately this meant the elimination from the competition of Masanobu Koga (JPN, 5.16) and Ricardo Carbia (PRC, 4.03).

Next were the Kahuna’s, which saw a great battle between Argentina’s Horacio Ipucha and Costa Rica’s Craig Schieber. The Costa Rican began with the lead, but in the last minute the Argentinian took the lead by earning a good score and leaving his opponents behind.

To finish the day, the Grand Masters Qualifying heat hit the surf, and Hawaii’s Sunny Garcia kept his momentum with just enough points, 14.67, to defeat Dani Garcia (ESP, 13.16) and sendScott Schindler (AUS, 11.27) and Glen Pringle (AUS, 3.47) to the Repechage round.

The ISA World Masters Surfing Championship resumes tomorrow at 7:40am with The Morning Show hosted by Mark Fewell, which will be broadcast live on the internet at www.isawmsc.com.

beginning at the following times: