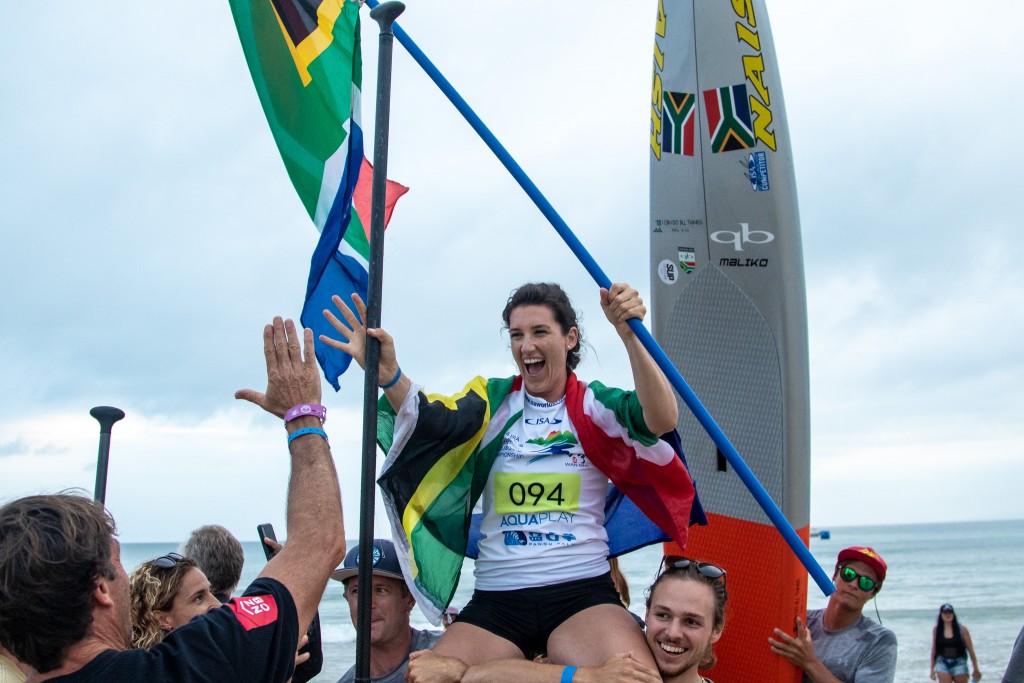 King’s performance is the first-ever SUP Gold Medal for South Africa and comes just over a year after giving birth and returning to elite level for SUP Surfing and Racing. King’s husband Thomas celebrated on the beach with their 1-year son.

With two Bronze Medals for USA and only one Copper Medal for Australia in the Sprint Races, USA built upon their lead with five medals remaining to be awarded. 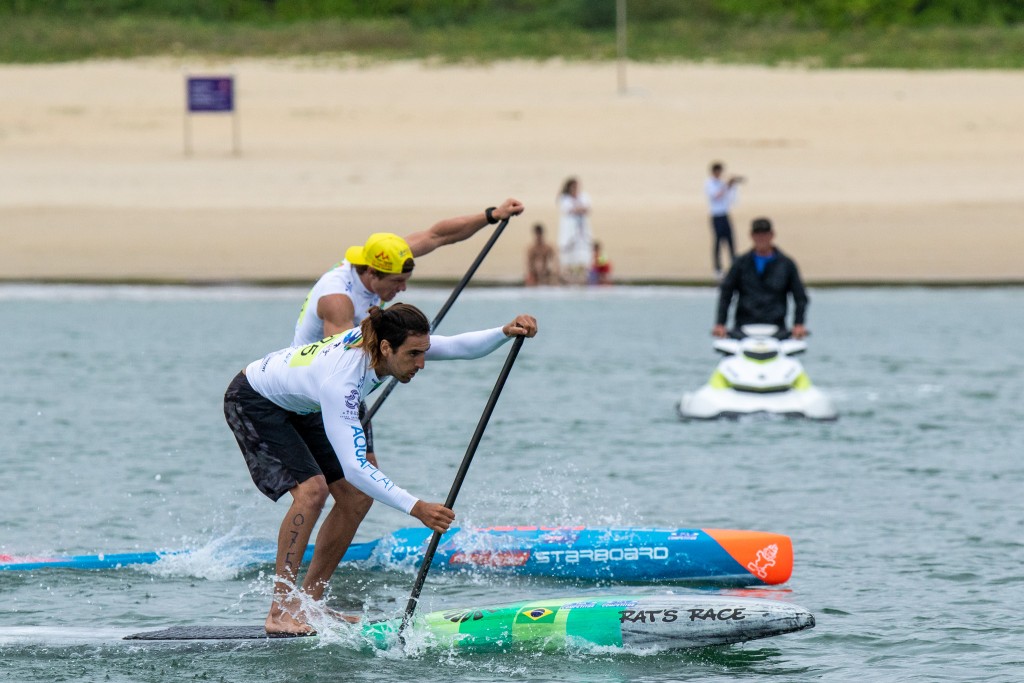 Arthur Santacreu (BRA) finished first in all his races on Friday, including in the Final. Photo: ISA / Pablo Jímenez

Brazil’s Santacreu, who earned the SUP Sprint Bronze in 2017, continued his string of first place finishes through the qualifying heats and didn’t let up in the Final to earn the Gold.

“I am so grateful,” said Santacreu. “All my training worked really well.

“My team knows how to encourage me. Their support fully played a part in my Gold Medal.”

New Zealand’s Trevor Tunnington followed with the Silver, USA’s Connor Baxter with the Bronze, and France’s 16-year-old Noic Gariou with the Copper.

Notably missing from the Final was Denmark’s 2017 Men’s Gold Medalist, Casper Steinfath, who just missed out qualifying for the Final by three tenths of a second in the Semifinals. 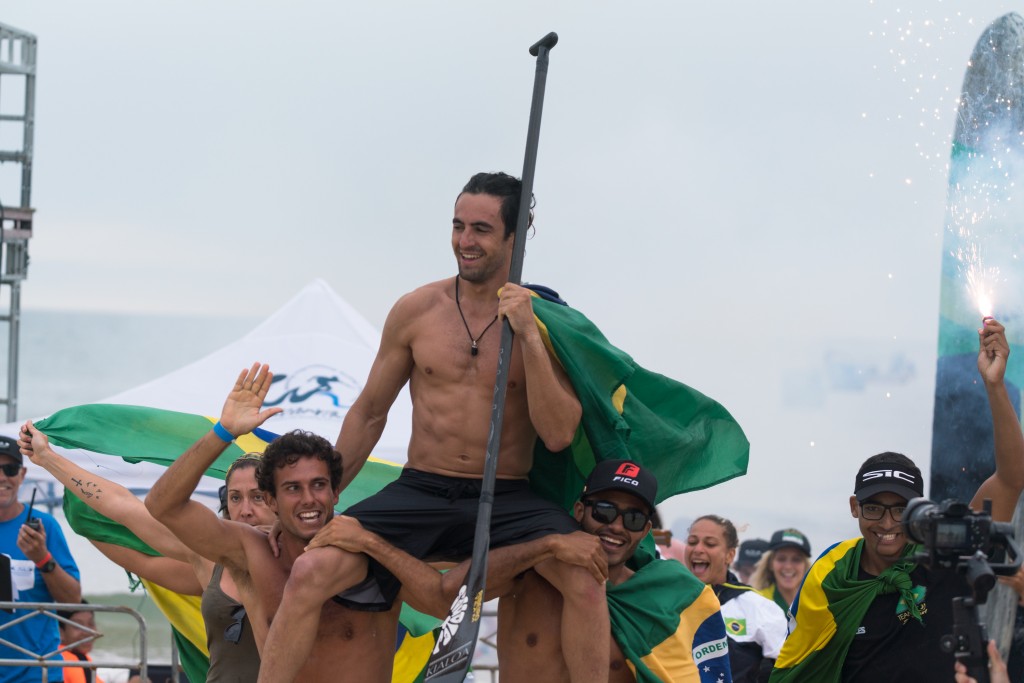 King built a decisive lead and crossed the finish line in first place to the cheers of her team on the beach.

“To win Gold in the Sprints is a dream come true.

“It’s been quite a journey from giving birth to being World Champion. I stayed fit during my pregnancy and once I gave birth, I bounced back quite quickly. I really focused on coming to compete in the ISA and it all paid off.”

Silver, Bronze and Copper positions were too close to call with the naked eye, but upon further review Italy’s Stenta prevailed with the Silver, USA’s Howson with the Bronze, and Australia’s Black with Copper.

With two days remaining in the event, the SUP and Paddleboard Distance Races and Team Relay will round out the event, determining the 2018 Team World Champion. 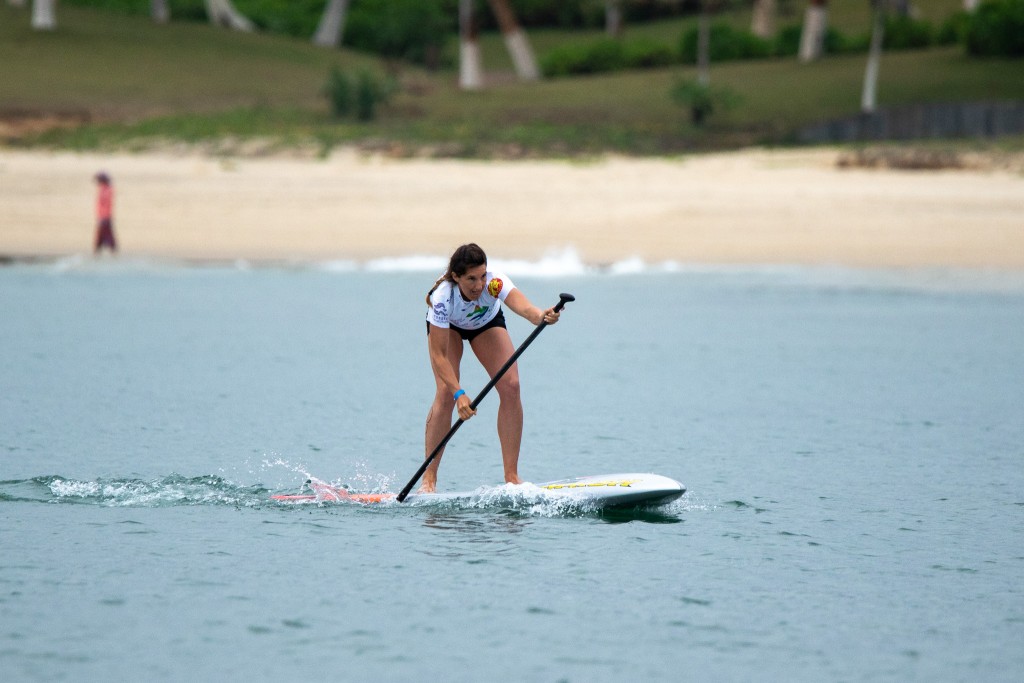 “The SUP Sprints have been an exciting addition to the event since 2016, adding a new element of power and explosiveness.

“We are proud to continue crowning the best SUP and Paddleboard athletes World Champions, and today was no exception.

“We have two days of competition left in Wanning and the team points are heating up. We have five Gold Medals left to determine who will be Team World Champion.”