With a total of three medals across the Men’s and Women’s Division, Team Brazil emerged victorious at the 2019 ISA World Surfing Games presented by Vans in Miyazaki, Japan. 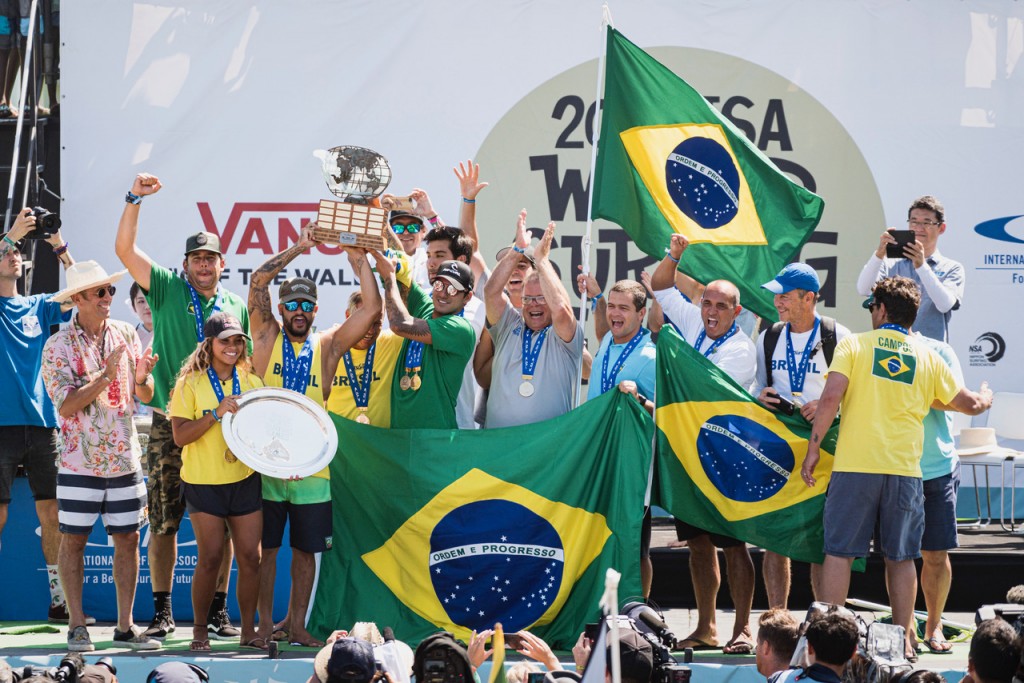 Brazil’s Italo Ferreira saved his best for last and earned the highest heat total of the event thus far (17.77) with a perfect 10-point ride in the Final.

Ferreira’s inspirational finish was a fairy tale ending to a week of adversity. Ferreira nearly missed his first heat of the event after getting his passport stolen only days before leaving for Japan. Ferreira was able to get a passport, fly to Miyazaki, and make it to his first heat of the event with only 8-minutes remaining, where he was still able to take first place.

“That was a super cool contest,” said Ferreira. “I want to congratulate every surfer and country here.

“I am so tired, that was a lot of heats with a lot of emotional moments. I just tried to show my best surfing.” 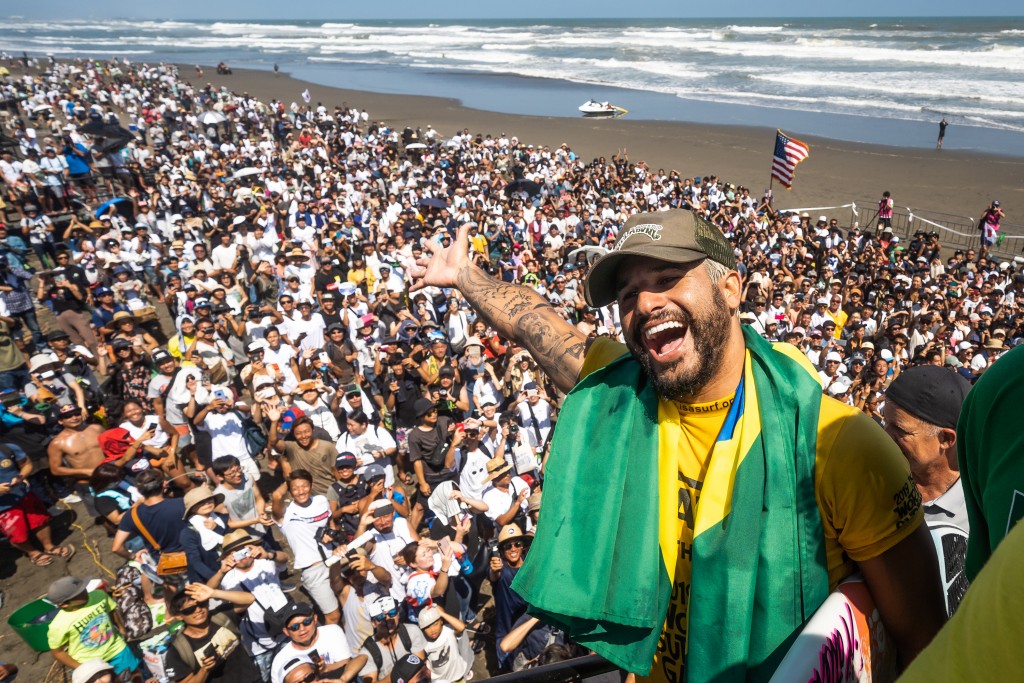 Brazil’s Italo Ferreira on top of the world after earning the Men’s Gold Medal with the highest heat total of the event. Photo: ISA / Sean Evans

The Gold for Team Brazil is their first in 19 years, not having been crowned World Surfing Games Champion since the 2000 edition of the event.

Aside from Ferreira’s Gold, Brazil finished with two other individual medals. Gabriel Medina took the Bronze in the Men’s Division and Silvana Lima took Silver in the Women’s Division.

The Team Silver Medal went to USA, led by an individual Silver Medal performance from Kolohe Andino and a Copper Medal from Carissa Moore.

The 2018 Gold Medalist Team Japan earned the Bronze, while the Copper Medal went to Team Peru. 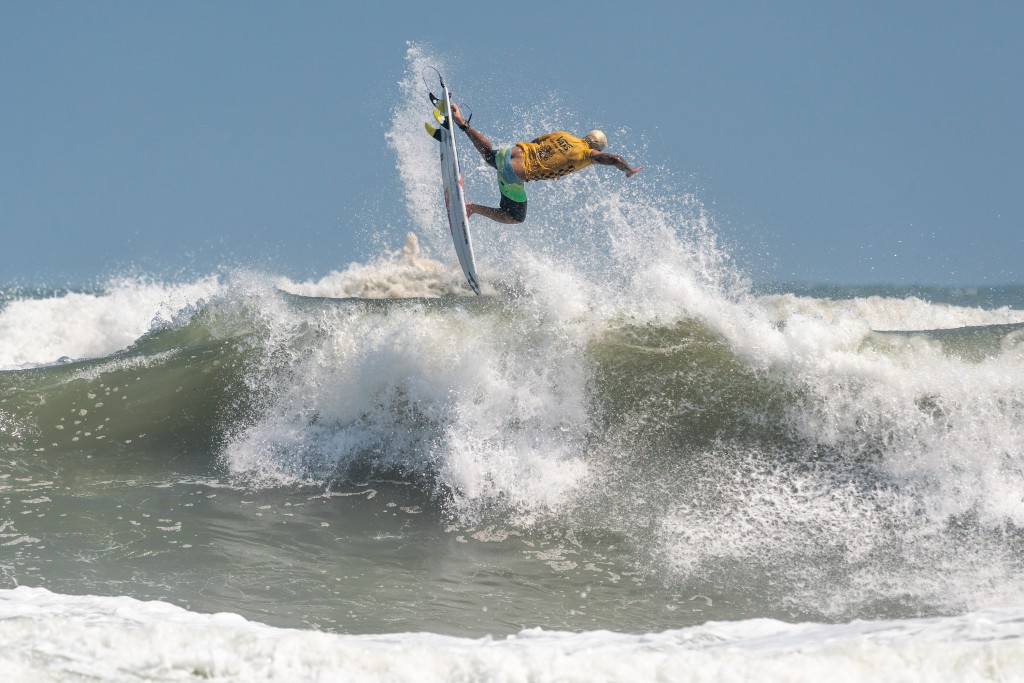 The final ended in a flurry of maneuvers that shook up the podium places. Medina and Andino both completed aerials in the dying minute, with Andino getting the better of the exchange with 9.43 points to surpass Medina for the Silver Medal, leaving Medina with the Bronze.

Japan’s Murakami continued an inspired performance and finished with the Copper Medal for the second consecutive year.

Earlier in the morning, Murakami defeated Indonesia’s Rio Waida in Repechage Round 10, making Murakami the highest finishing Asian surfer in the event and therefore capturing provisional qualification for Tokyo 2020.

Murakami and Waida embraced on the beach in an amazing gesture of sportsmanship, despite Olympic qualification slipping through Waida’s fingers.

“I was not thinking about the Olympic qualification, just surfing in the moment and fighting in that heat,” said Murakami.

“I am looking forward to competing in Tokyo 2020, it would be great if I can hold onto my spot.”

After a passing typhoon brought strong winds and rain for Saturday’s competition, Sunday kicked off at Kisakihama Beach with sunshine and clean conditions. 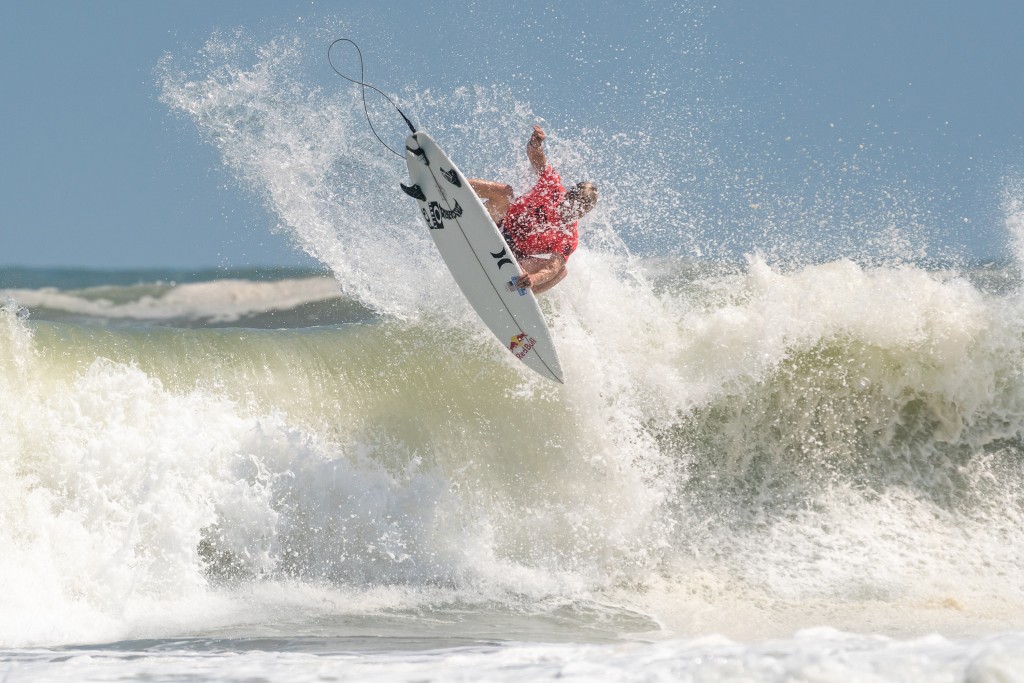 Repechage Round 10 started off with a surprise as Brazil’s Filipe Toledo had to withdraw due to injury. With Brazil in the lead heading into the final day, the injury could have had significant ramifications in the team rankings.

USA’s Kelly Slater competed in the Main Event Final and despite finding another rare barrel, fell into the Repechage Final where he was also not able to advance.

Slater finished in fifth place overall and spoke about his experience at the ISA World Surfing Games.

“It was really fun and great meeting all the countries from around the world here,” said Slater. “With all the camaraderie between the teams, this is one of the more fun events that you can surf in.” 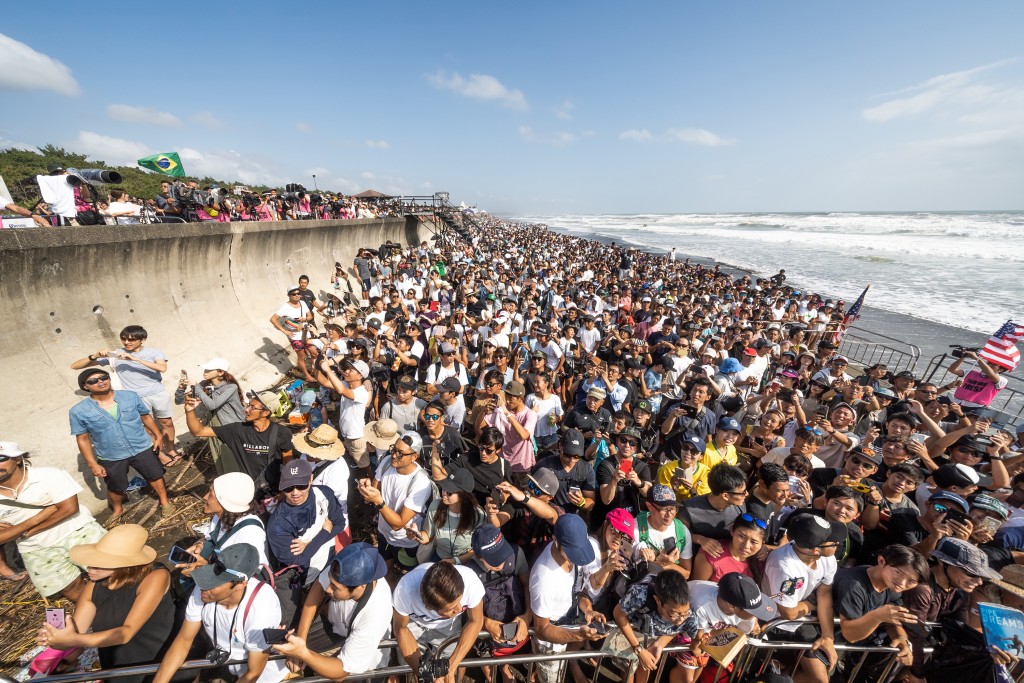 “Today is a very special day for the history of surfing. For the first time, every nation brought their surfing dream teams and for the first time an ISA World Surfing Games is a qualifier for the Olympic Games.

“Thank you to all the competitors, including the CT (Championship Tour) surfers, for taking time to compete and enjoy the ISA Aloha spirit at our World Surfing Games.

“All visitors, teams, fans, and supporters will now go home as ambassadors of this beautiful Miyazaki.

“The ISA will be back in Japan in less than a year, for the arrival of surfing at the world’s greatest sporting stage, the Tokyo Olympic Games.”

“Tokyo 2020 is delighted with the success of the 2019 ISA World Surfing Games in Miyazaki this week. The event, held in this very popular surf destination in Japan, offered a glimpse of how spectacular Olympic Surfing will be next year.

“Across the whole week, there was an amazing energy along Miyazaki’s beaches as passionate, youthful fans cheered on the best world-class surfers from around the world as they sought Olympic qualification.

“We were also very impressed with the Surfing Festival that was held on the first weekend – with great music and culture that created a fantastic celebratory atmosphere.

“Our Tokyo 2020 teams at the ISA World Surfing Games were able to learn a lot from this competition experience, which will ensure that the Olympic Games are also a great success next year.

“We now look forward to 2020 and we are proud and excited that the world will experience Olympic Surfing for the first time at the Tokyo Games.”