Team Brazil and USA remain locked in a race for the Team Gold Medal as the 2019 ISA World Surfing Games presented by Vans heads into the final day of competition on Sunday in Miyazaki, Japan. 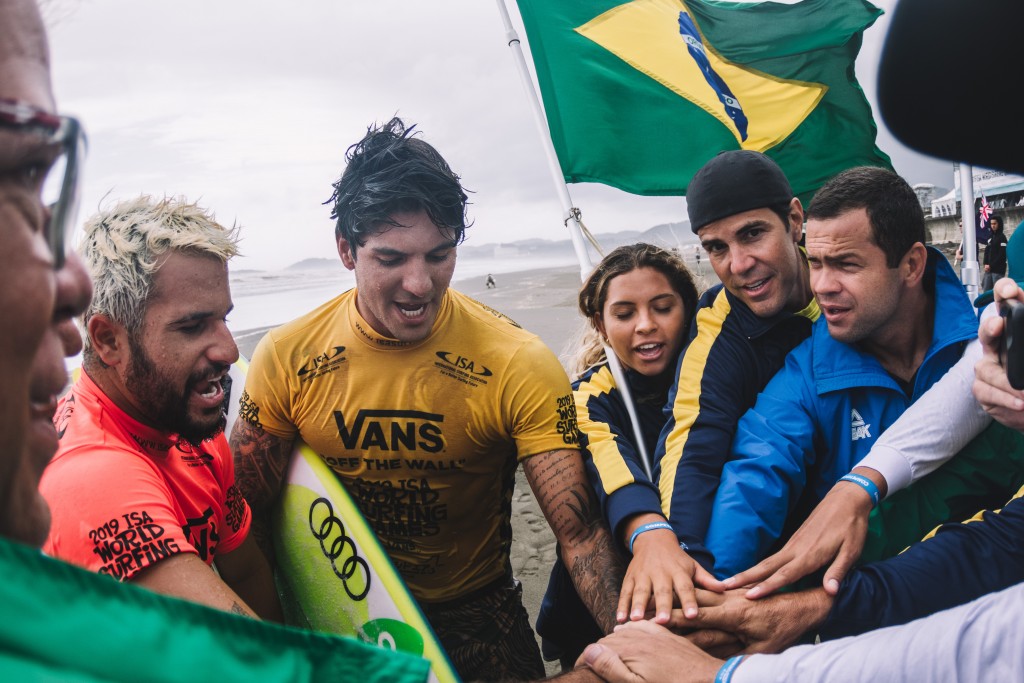 Team Brazil’s Men remain fully intact as they look to retain their position atop the team leaderboard heading into the final day. Photo: ISA / Pablo Jimenez

Brazil currently holds the advantage over USA with all men remaining in the event, whereas USA stands a man down, having lost Connor Coffin to the elimination Repechage Rounds.

The Main Event Final will be a decisive moment in the chase for Team Gold, as Brazil’s Italo Ferreira and Gabriel Medina will face off against USA’s Kelly Slater and Kolohe Andino.

“The Brazilian team is so hungry,” said Ferreira. “My motivation to compete here is purely based on representing my country. I am having a great time and will do my best to get a medal.

“The energy here has been amazing from all the teams and the Japanese fans on the beach. My first experience at the ISA World Surfing Games has been super fun.”

Brazil’s Filipe Toledo remained alive in the Repechage Rounds, putting on an incredible performance to secure his team’s current position atop the leaderboard. Toledo’s 16.96 heat total was the highest of the day. 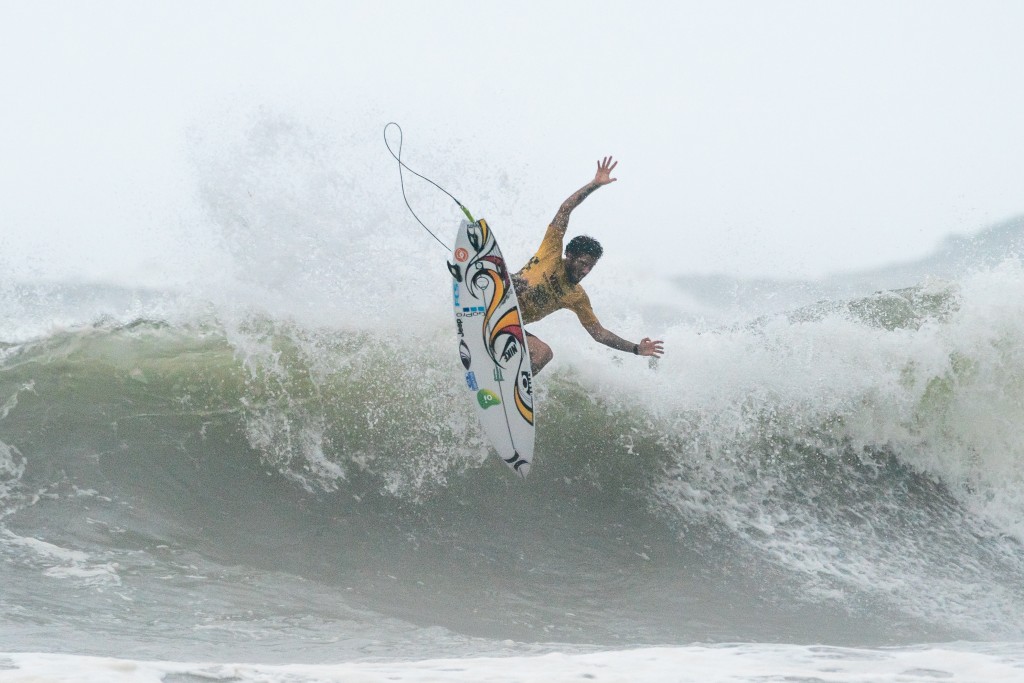 USA’s Slater caused the crowd of thousands to erupt in cheers by flying out of a deep barrel for which he was awarded 8.33 points and the second highest heat total of 15.66.

The defending Gold Medalist Team Japan currently sits in the Bronze Medal position, with New Zealand filling out the podium in the Copper Medal position.

Saturday’s competition featured a large increase in surf from previous days, but an approaching typhoon also brought strong wind that mixed up the conditions at Kisakihama Beach. In the jumbled, heavy surf, wave selection was crucial to find the waves with high scoring potential. 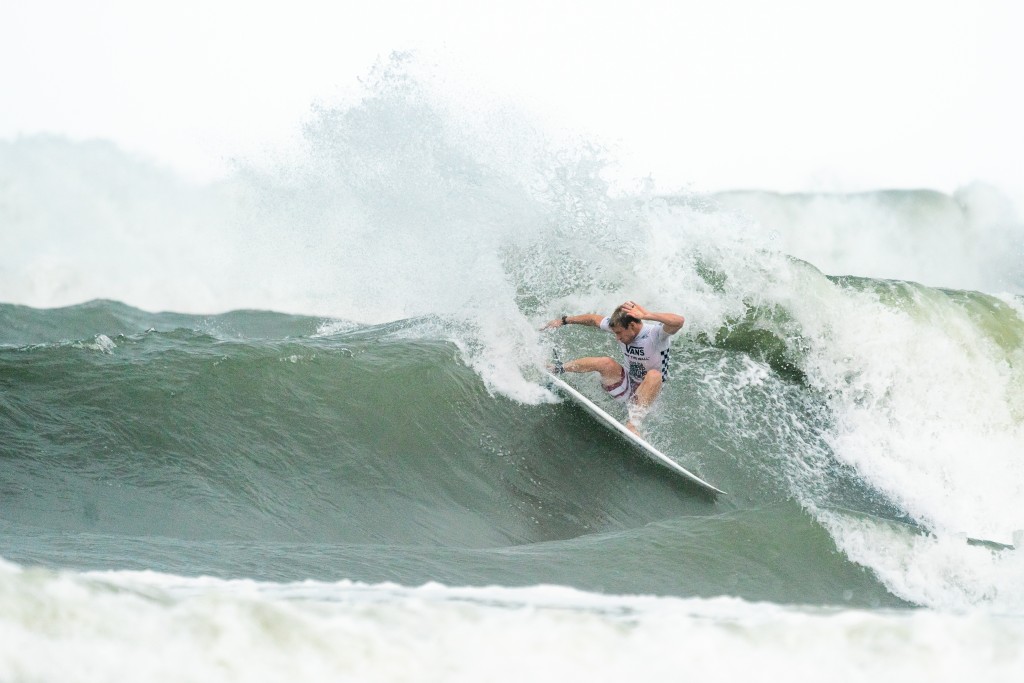 Aside from the race for medals, the male surfers are also chasing Olympic qualification.

The chase for the Asian continental slot will come to down to Japan’s Shun Murakami and Indonesia’s Rio Waida, who will face off in Repechage Round 10 on Sunday.

“I am so happy to make it to the final day,” said Waida. “I can’t believe I am still making heats.

“It would be amazing to get the Tokyo 2020 qualification slot. I think surfing in the Olympics will be the biggest thing for Surfing.

“If I can win a Gold Medal tomorrow everyone in Indonesia will be crying with excitement. They are already so proud of me now.” 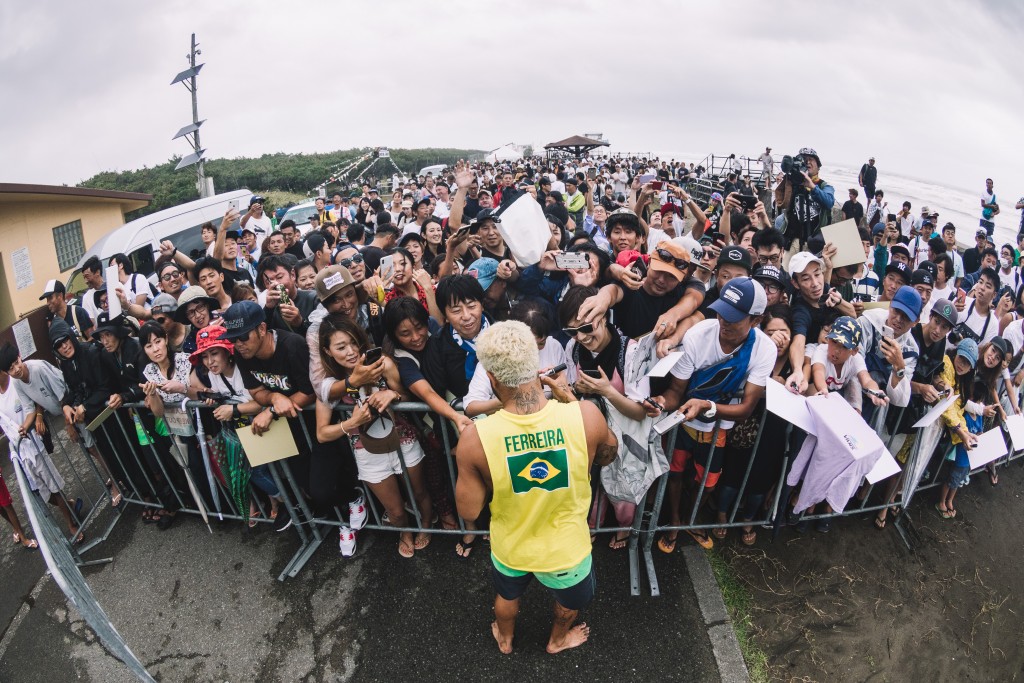 “An amazing nine days of competition are coming to a close here in Miyazaki, and it has surely been a competition for the history books.

“Tomorrow the world’s best surfers representing their nations will determine the next Team World Champion, a true taste of the Olympic spirit and competition that is to come next year in Tokyo.”

The schedule of the final day of competition is as follows: