Diniz’s 9.5 in final minutes earns him back-to-back Gold and qualification in 2019 Pan Am Games in Lima

To view schedule and heats for November 27, click here. 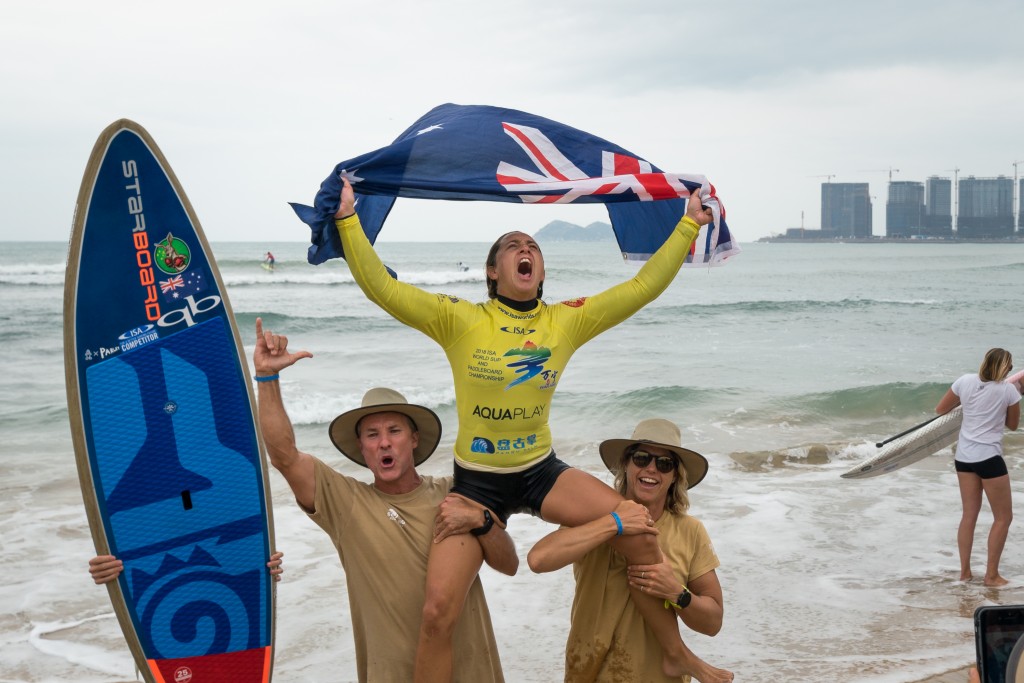 Westdorp’s Gold Medal performance was an unprecedented third in a row, putting her in a league of her own in the history of ISA SUP Surfing.

“I am so stoked to win,” said an emotional Westdorp. “I had to go the long way through the Repechage, but it paid off in the end.

“It’s great points for our team to earn this Gold. As captain, this is my goal to get us off to a great start.”

Diniz earned an incredible 9.5 score in the final moments of the Men’s Final to earn his second consecutive Title and a spot in the SUP Surfing competition at the 2019 Pan American Games in Lima, where SUP Surfing and Racing are set to make their debut.

“I am so happy to win the Gold Medal two times,” said Diniz. “I want to thank my family and friends for making this possible.” 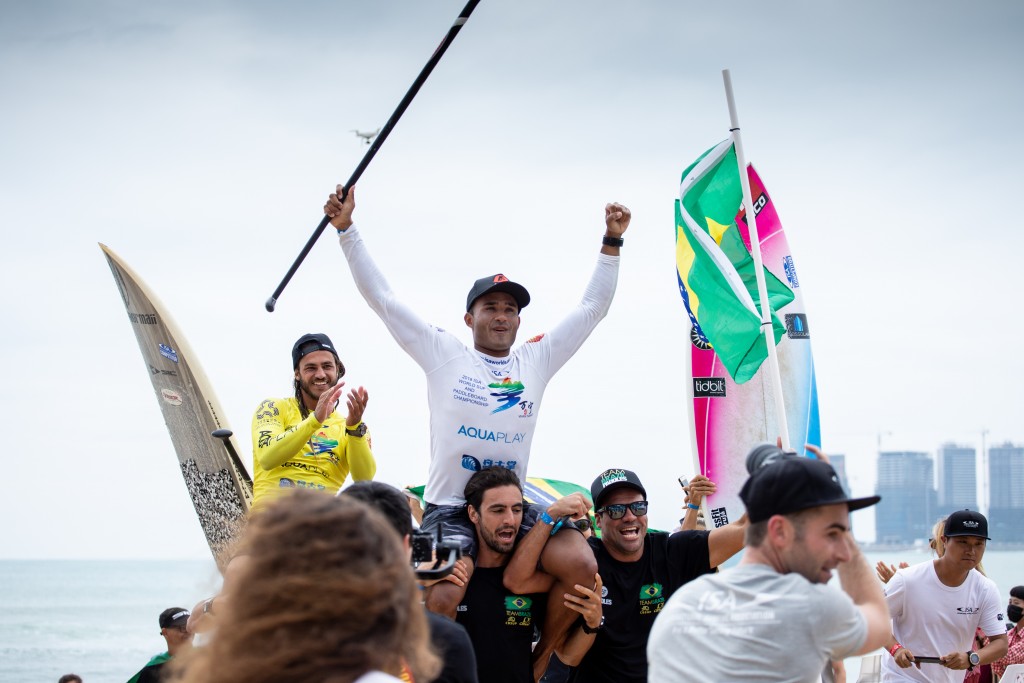 Team Australia, Spain and Brazil all finished the day with two athletes on the podium.

Candice Appleby (USA) was the top performing woman, which earned her a spot in StandUp Paddle’s debut at the 2019 Pan American Games.

On the final day of competition in Wanning, Riyue Bay continued to provide excellent left-hand waves for the world’s best SUP surfers. 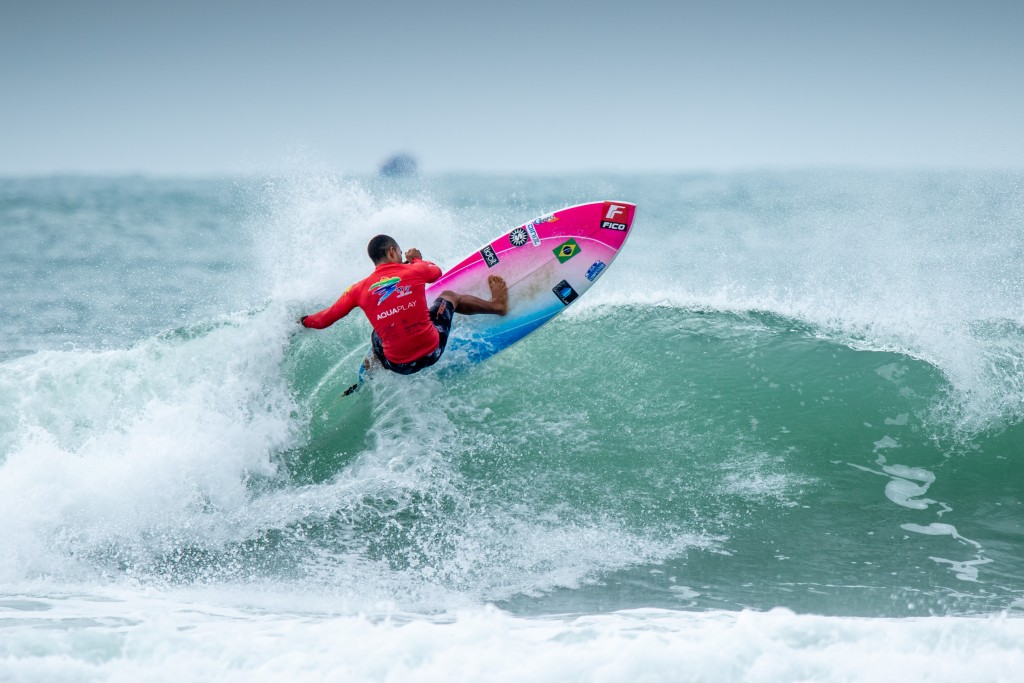 Luiz Diniz on his way to earning the highest heat total of the event. Photo: ISA / Pablo Jimenez

After a morning of Main Event and Repechage heats, the Women’s final ran to crown the first World Champion of the event.

Australia’s Westdorp continued her unstoppable run through the competition and notched a pair of 7-point rides to continue her dominance atop Women’s SUP Surfing. Japan’s Horikoshi made a critical error and interfered on one of Westdorp’s waves, which resulted in her second wave score being halved, leaving her in Copper Medal position.

Spain’s Moreno challenged Westdorp for the Gold, but came up short with the Silver Medal, her second in the history of the event. New Zealand’s Smith followed with Bronze. 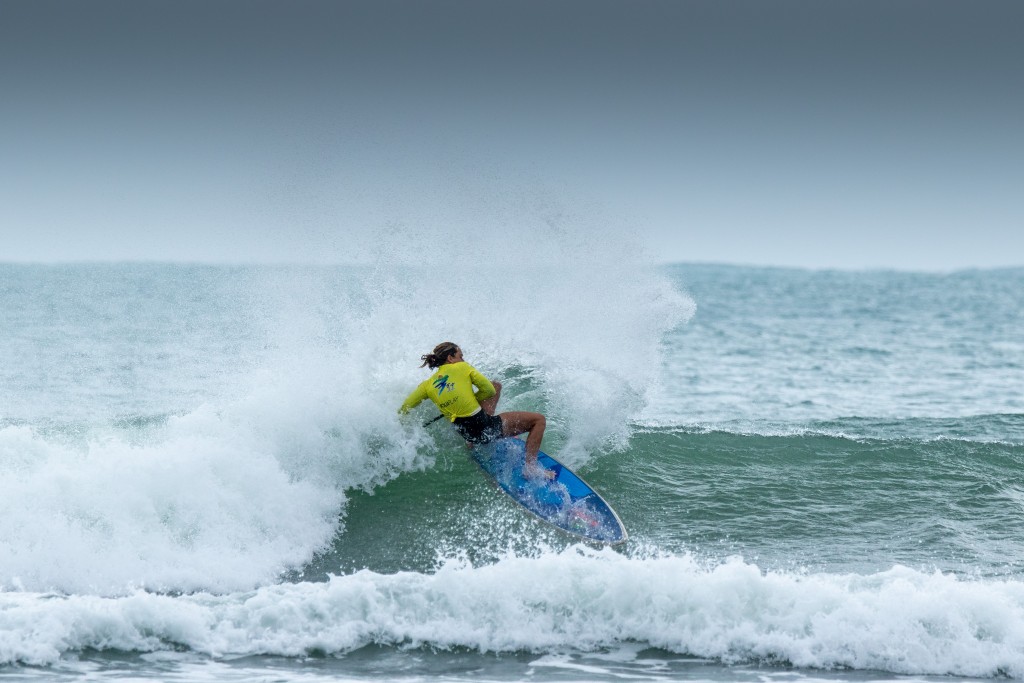 Shakira Westdorp had to take to the long road to the Grand Final, but that didn’t keep her away from another Gold. Photo: ISA / Pablo Jimenez

In the Men’s Final the Brazilian teammates Vaz and Diniz paired up against Australia’s Maskell and Spain’s de los Reyes.

Maskell and Diniz traded off the top position, however Diniz’s combination of 8.5 and 9.5, the highest total of the event (18.00), propelled him into the pole position to earn his second consecutive Gold Medal.

Vaz ran into problems during the heat when he broke his board and had to rush to the beach to swap it out with only 5 minutes remaining. Vaz recovered and made it quickly back out to the lineup, but never found a wave that could improve upon his Bronze Medal position, leaving Maskell in Silver position and de los Reyes in Copper position.

“Congratulations to these amazing, repeating World Champions and to all the medalists. They have gone down in history as the first ISA SUP Champions crowned in Asia and mark an important milestone in the ISA’s push to grow and develop SUP across all continents of the globe.

“Now that the SUP surfers have got the competition off to an excellent start, we shift gears towards the SUP and Paddleboard Technical Racing where the world’s best will vie for titles. The best of the best are here in Riyue Bay and eager to make their countries proud with a Gold Medal.”