Team Australia continued their reign atop the sports of StandUp Paddle (SUP) and Paddleboard to earn their sixth Gold Medal in seven years at the 2018 ISA World SUP and Paddleboard Championship in Wanning, China.

The Gold Medal for Australia extends their win streak to three in a row and represents a historic first Gold in the event’s history to be awarded in Asia. 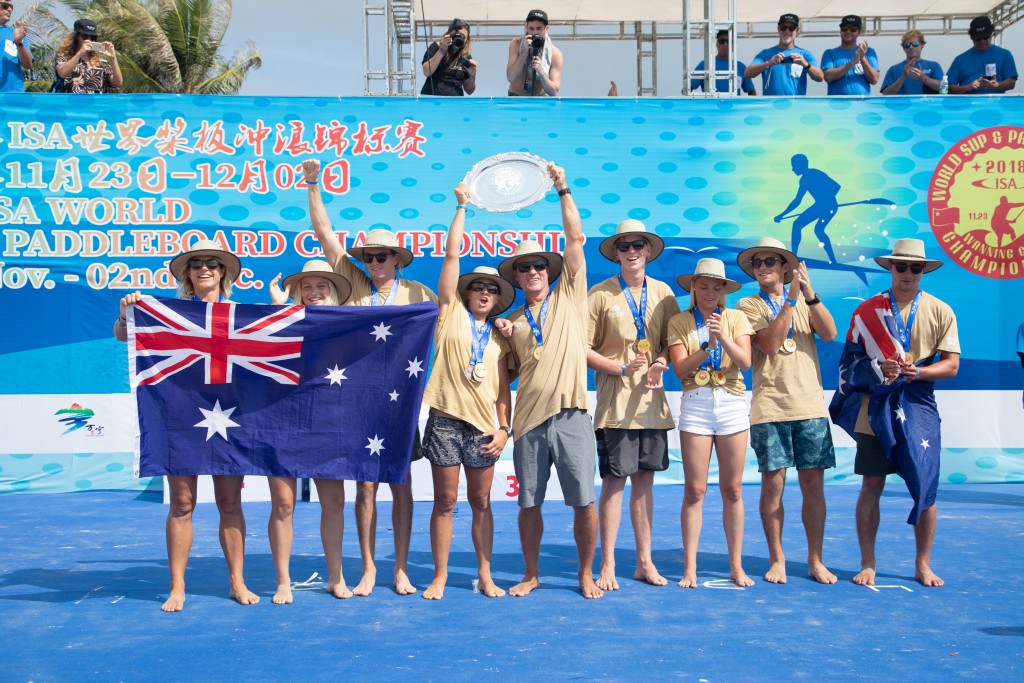 “We really wanted to win the relay and we came out today and put the nail in the coffin,” said Australia’s Team Captain Shakira Westdorp.

“We have a lot of fun and put the hard work in the water. We are great friends and you can’t manufacture that. I think that is why we keep on winning the overall team points.”

USA earned the overall Silver Medal, their best finish since earning the Gold in 2015, Team France earned the Bronze, and Team Spain earned the Copper.

Team Australia put the icing on the cake with a Relay Race Gold Medal on Sunday, followed by USA with the Silver, New Zealand with the Bronze, and Denmark with the Copper.

In a great display of the ISA’s push for the global growth of SUP, ten nations from all five continents – the Americas, Europe, Africa, Asia, and Oceania – earned individual medals throughout the week of competition.

Rosato shined as the only athlete to take two Golds and Westdorp showed her versatility by winning medals across two disciplines (SUP Surfing Gold and SUP Distance Race Bronze). 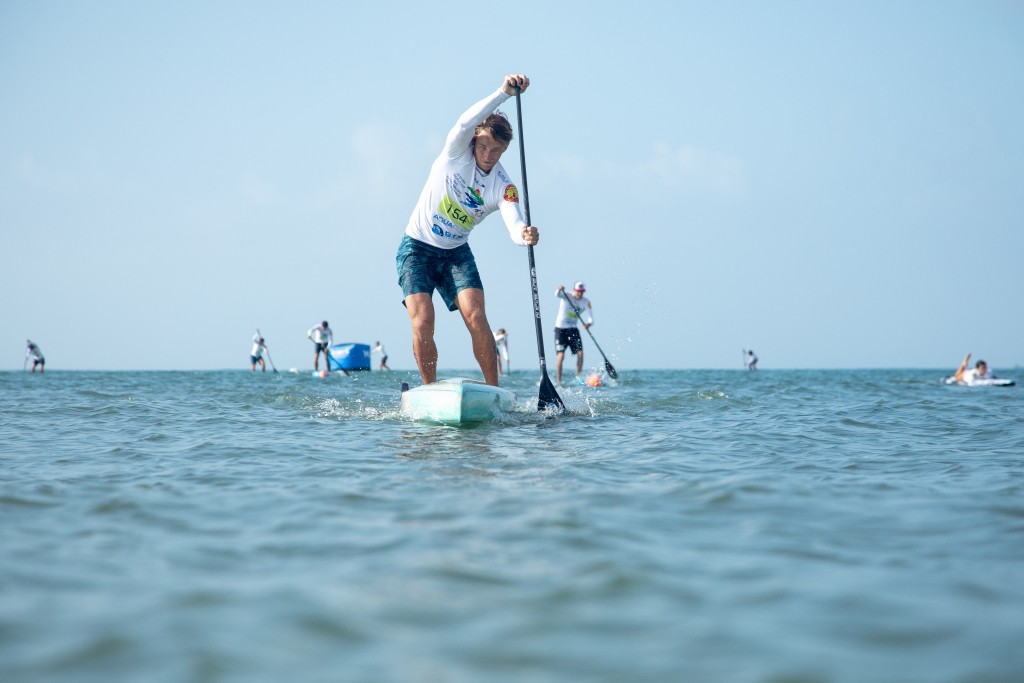 Team USA, the only nation to ever dethrone Australia (2015 in Mexico), was the only competitor to threaten Australia for the pole position.

USA came up short with the Silver, but their young contingent of medalists 18 years and under shows a promising future and a changing of the guard for Team USA.

The final day of competition at Shenzhou Peninsula featured the Relay Race, where 14 nations competed in a four-lap course that features a man and woman each from the SUP and Paddleboard disciplines to comprise a team of four.

Each athlete took a turn in the relay, navigating around the buoys before sprinting up the beach to tag their teammate into the race.

Team Australia emerged victorious, followed by USA with the Silver.

Bronze came down to a final, thrilling sprint between New Zealand’s Trevor Tunnington and Denmark’s Casper Steinfath. Tunnington edged out Steinfath by fractions of a second to take the Bronze for his nation, leaving the Copper for Denmark. 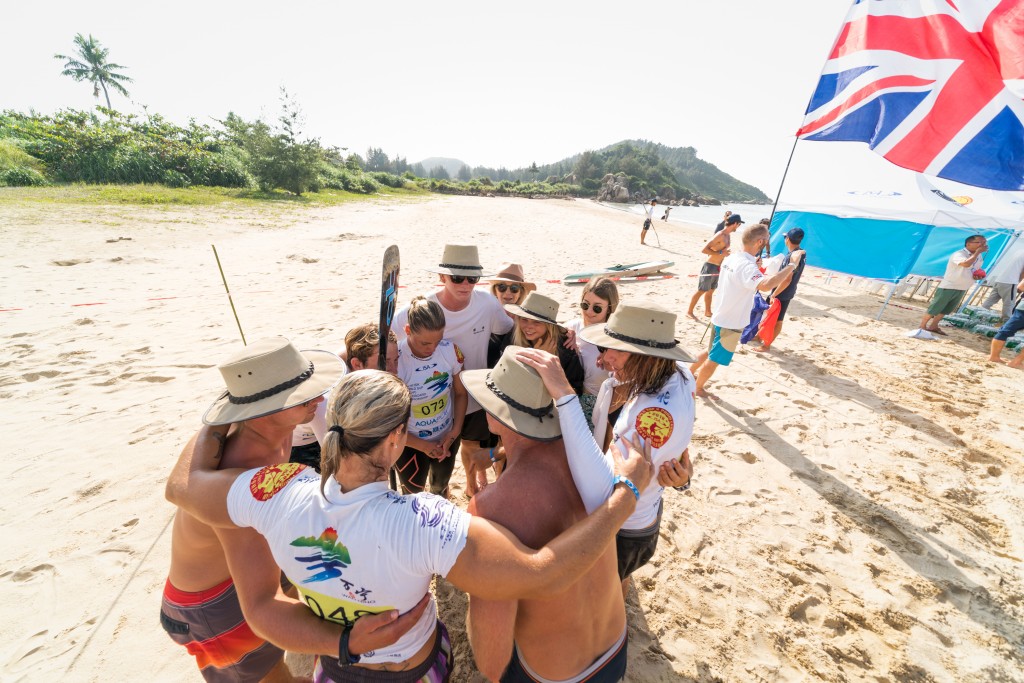 “To all the new world champions, enjoy your days in paradise. Never forget what it feels like to win – whether it’s Gold, Silver, Bronze, Copper – or just completing that brutal long distance in the heat yesterday.

“I can tell you that the ISA is committed to SUP for the long run and all together, let’s continue to make this sport the best in the world.”

“That is a wrap for another incredible edition of the ISA World SUP and Paddleboard Championship.

“We witnessed the world coming together in peace through the shared love of SUP and Paddleboard, which was a beautiful thing.

“The ISA has historically crowned World Champions since 2012 and has developed the sport from the grassroots level, which we witnessed this week with the participation of new nations such as China, Chinese Taipei, and Iran.

“Also importantly, we saw three athletes qualify for four slots between SUP Surfing and SUP Racing this week for SUP’s debut in the 2019 Pan Am Games in Lima, which will be the biggest milestone for the sport to date when the best from the America’s gather in Peru next year.

“The ISA is fully committed to growing the sport of SUP and we will continue pushing for the sport’s inclusion in the Olympic Games, hopefully as soon as Paris 2024.” 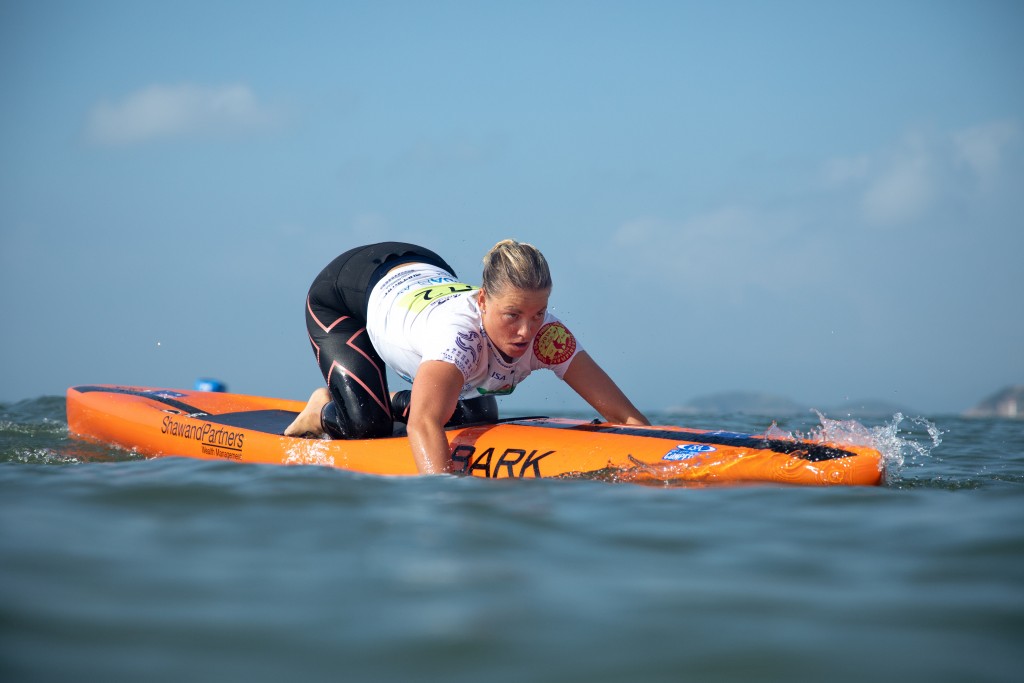 Grace Rosato built a strong lead for Australia on her leg of the relay. Photo: ISA / Pablo Jímenez