USA’s Kelly Slater: “Surfing has a culture that hasn’t been seen in the Olympics”

The 2019 ISA World Surfing Games presented by Vans has arrived at the final stretch of competition, setting the stage to crown the Team and Men’s Gold Medalists this weekend in Miyazaki, Japan. 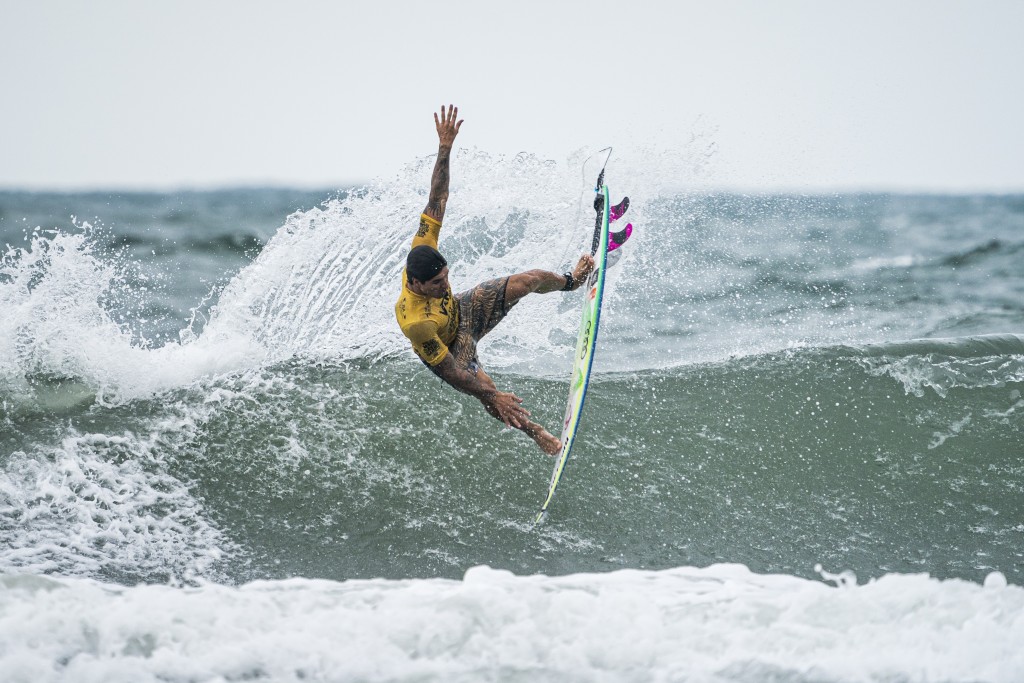 Gabriel Medina leading Team Brazil to the top of the team rankings as the event heads into the final stretch. Photo: ISA / Ben Reed 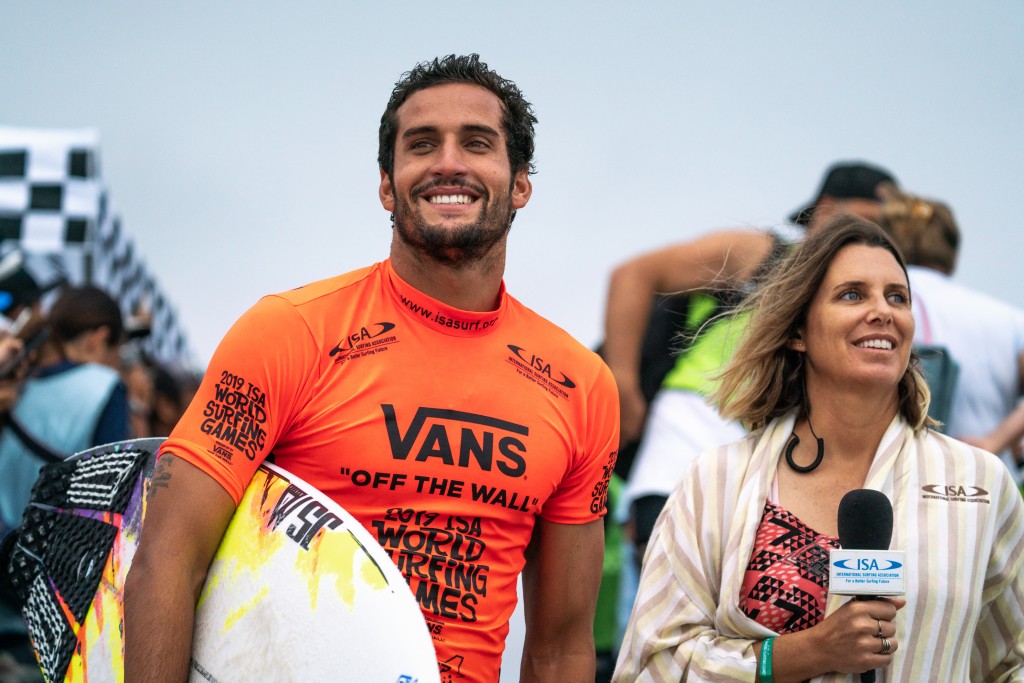 Morocco’s Ramzi Boukhiam could be smiling all the way to Tokyo 2020 as he captured the provisional African continental slot. Photo: ISA / Sean Evans

The continental slots for Europe and Asia are still up for grabs.

With Japan’s Kanoa Igarashi likely to qualify for Tokyo 2020 via the 2019 World Surf League Championship Tour, the remaining eligible surfers vying for the Asian continental slot are Japan’s Shun Murakami and Hiroto Ohhara along with Indonesia’s Rio Waida.

Learn more about the qualification process for Tokyo 2020 here. 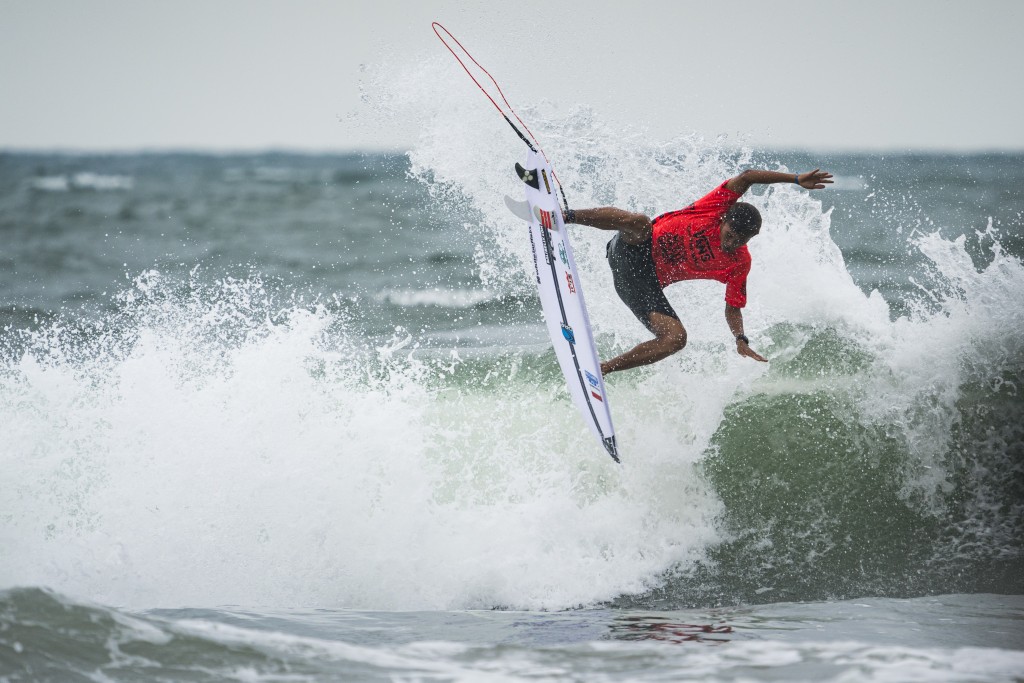 The Men’s Main Event Semifinals are full of star-studded talent and include a pair teammates in each. Semifinal 1 will feature Portugal’s Federico Morais facing off against USA’s Kelly Slater and Kolohe Andino, while Semifinal 2 will feature Brazilian teammates Italo Ferreira and Gabriel Medina with Morocco’s Ramzi Boukhiam.

After a day full of Repechage elimination rounds the team rankings started to become clearer, as team Brazil held onto the lead with Ferreira and Medina remaining in the Main Event.

Team USA is in close pursuit in Silver Medal position with both Slater and Andino remaining unbeaten in the event as well.

Following Team USA is the defending World Champion Japan and Spain looking for podium berths of their own.

USA’s Slater spoke about his experience at the event as well as his thoughts on the Olympics after advancing in the Main Round.

“Being here reminds me of the old days,” said Slater. “I surfed a lot of team events when I was younger around the world and I miss those days. It’s been fun this week seeing the excitement that everyone has.

“There is a funny little balance of power between the ‘favorites’ and the guys from countries that you don’t know surfing is a big part of. It’s nice when you see one of the underdogs win a heat.

“The biggest surprise for me this week has been seeing a team from Iran and Afghanistan. It’s cool to see that the culture is alive and well in those places.

“I think Surfing has a culture that hasn’t yet been seen in the Olympics. Our community is such a varying group of people. Anyone and everyone anywhere in the world can love surfing, and even if they don’t surf they love what it looks like. The exposure that we have traveling around the world with different languages, culture, and people makes for such a variety of life in Surfing. I am not sure that you can name another sport that has that.

“As I am here seeing all the different competing countries, I think that Surfing will be a good fit in the Olympics.”

After losing in his first Main Event heat, the 2018 and two-time Men’s Gold Medalist Santiago Muñiz (ARG) battled through a marathon day of Repechage heats to remain alive in the competition.

“It’s been a long road after losing my first heat,” said Muñiz. “Winning Gold two times was already a dream, so it’s hard to imagine a third.”

Costa Rica’s Jair Pérez surfed well for his nation in the Men’s division and despite an impressive performance he fell out of the event. However, Perez reflected on what it means to be representing his country and opened up about his inspiring story.

“I grew up in poverty with nine brothers and sisters in an apartment with my mom and an alcoholic dad,” said Perez. “Remembering where I come from motivates me. It makes you realize there is so much more to life beyond surfing. Being here representing my nation in the sport I love is a blessing.” 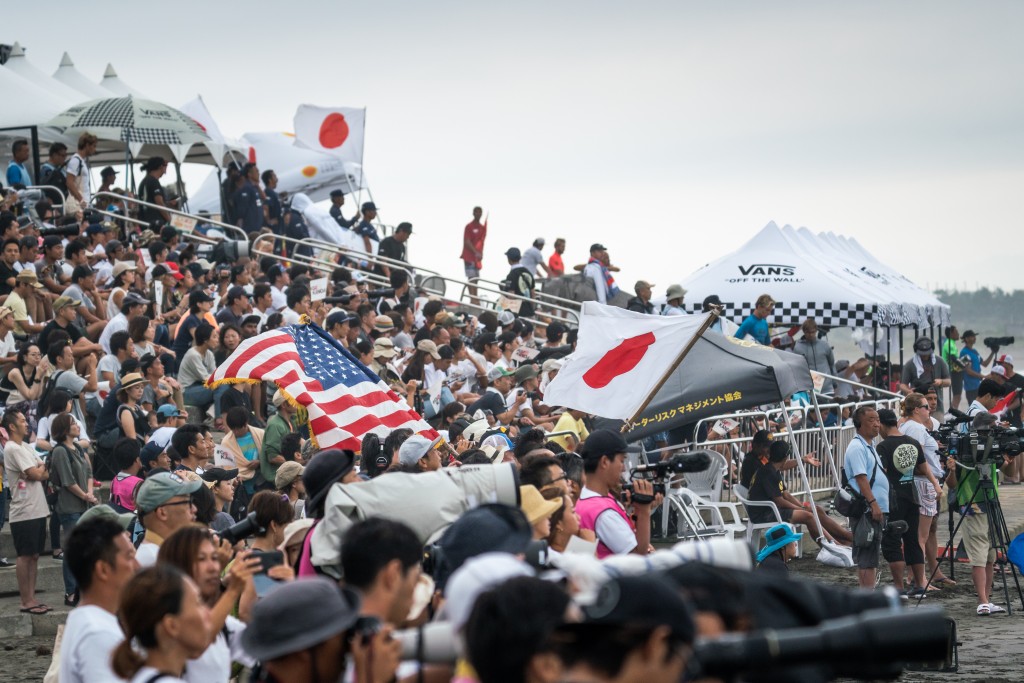 Rain or shine, the local Japanese fans have been showing up in the thousands on a daily basis, displaying the popularity of Surfing in Japan. Photo: ISA / Sean Evans

“We are witnessing history in the making at the World Surfing Games. Today we saw an additional two surfers provisionally qualify for the Olympics. These are surfers that will be thrust onto the world’s greatest sporting stage, and become household names around the world.

“It’s especially gratifying for me personally to realize that surfers here today are Duke Kahanamoku’s dream coming true. These are the actual humans who personify and breathe the dream that was born over a century ago.

“The final stretch of competition will be a milestone for surfing on multiple levels. We will crown Gold Medalists with the world’s best surfers representing their nations, athletes will earn their slots for the Olympic Games, and a record-breaking 55 nations take their experiences home to spread the joy of Surfing and continue growing the sport.”