Nicaragua’s National Team Was Joined By The ISA President, Minister Of Tourism, Local Organizers, And The Country’s Main Media Outlets At The Official Press Conference 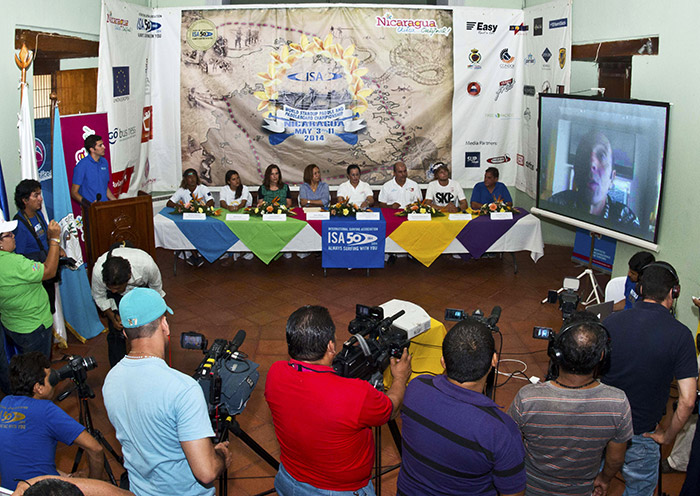 The 2014 ISA World Standup Paddle (SUP) and Paddleboard Championship (WSUPPC) begins Saturday with the Opening Ceremony featuring the Parade of Nations and Sands of the World Ceremony. All 28 National Teams and over 250 Athletes and Team Officials will gather and parade down the streets of the historic, colonial city of Granada in front of thousands of local spectators.

During the Opening Ceremony, each participating nation comes to the stage waving their national flag while pouring sand from their local beach into a glass container symbolizing the peaceful gathering of nations through the love of surfing. 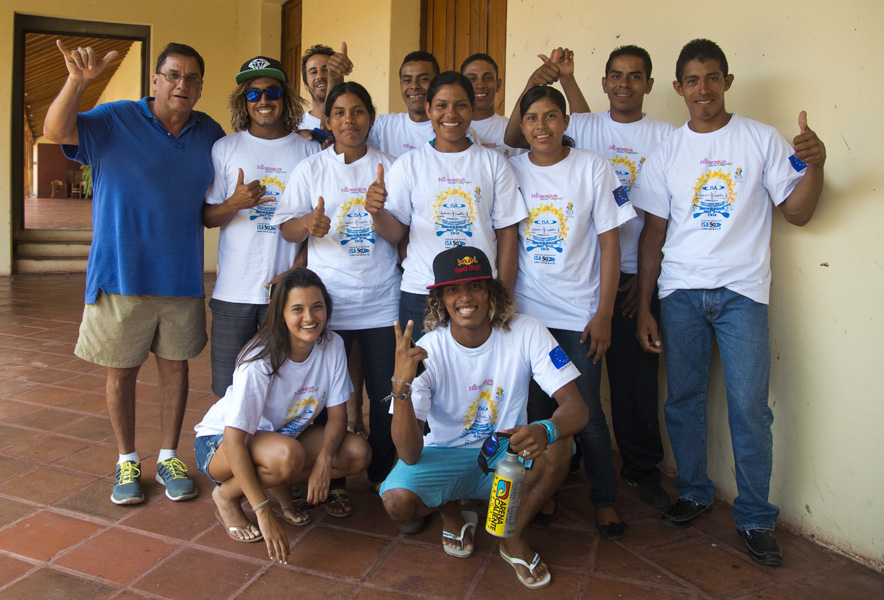 “It is with great happiness that I welcome the first Nicaraguan National Team in the history of the ISA World SUP and Paddleboard Championship; it’s a real honor. I want all of the team members and coaches to realize that you are making sport history in Nicaragua,” noted ISA President Fernando Aguerre. “Nicaragua is a pioneer because it’s the first time that an ISA World Championship will be held at both the ocean and lake. I want to thank everyone for their support and wish the best of success to all of the athletes.”

“For Nicaragua, it brings great satisfaction, pride, and happiness to welcome more than 220 athletes from 28 countries,” remarked Executive President of INTUR (Ministry of Tourism) Mayra Salinas. “For us, it’s an extraordinary opportunity, not only for Tourism promotion of the country at an international level, but also to showcase the incredibly rich natural resources we have in all of our beaches.”

“I would like to invite the whole country of Nicaragua to enjoy a World Championship of amazing quality. Since we started hosting ISA World Championships three years ago, it has positioned Nicaragua as a world-wide leader in surf,” said Local Organizer Lucy Valenti.

The live webcast of the Parade of Nations and the Opening Ceremony will begin at 3:30pm, local time and can be viewed on http://isawsuppc.com/live/.

Here is the schedule: