The 2018 Stance ISA World Adaptive Surfing Championship (WASC) presented by the City of San Diego kicks off tomorrow as the world’s best adaptive surfers gather in La Jolla, USA December 12-16 to represent their nations in search of Gold Medals.

The 2018 edition has followed a year-over-year exciting trend in participation growth fueled by the ISA and has broken the records for total and women competitors.

A record-breaking 120 total competitors, 37 of whom are women, from 24 nations will compete in the event.

This represents a 75% increase in athlete participation since the event’s inception in 2015. 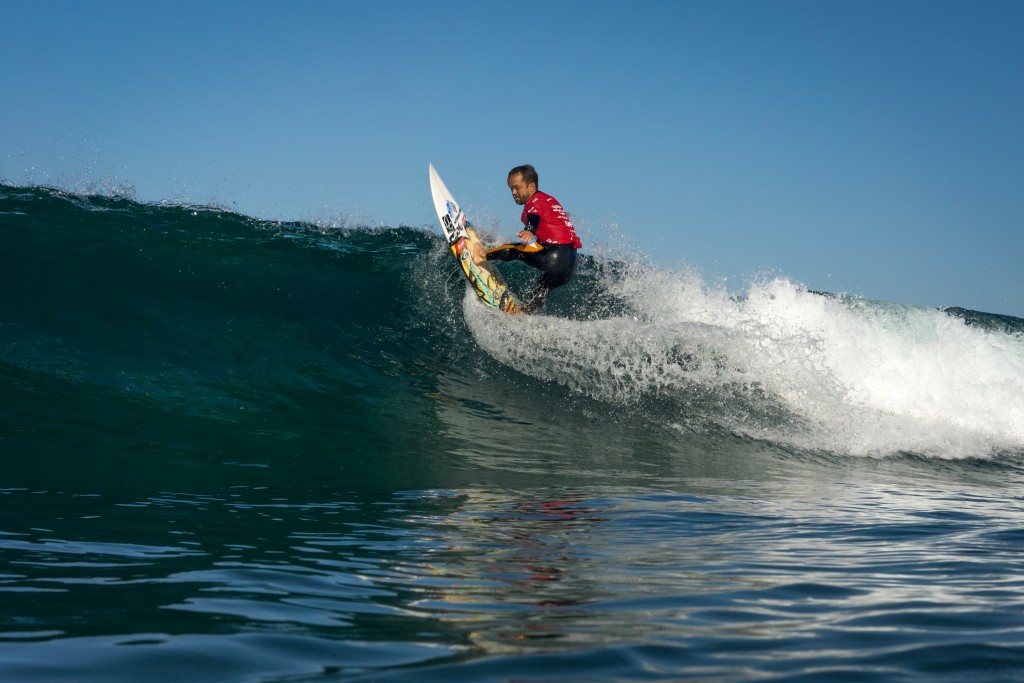 Brazil’s Robert Pino, one of the standout performers from 2017, returns to seek a Gold Medal for Brazil. Photo: ISA / Sean Evans

The record in women’s participation demonstrates the ISA’s push to strive for gender equality in Para-Surfing.

In 2017 the ISA crowned the first women World Champions and in 2018 the women’s division will award team points for the first time.

The WASC will be streamed live on www.isasurf.org December 12-16.

You can also watch live on the ISA’s Facebook page.

Stance, an innovative, industry-leading lifestyle brand and Title Sponsor since 2016, has continued their dedicated support of Adaptive Surfing and the ISA and renewed as Title Sponsor.

The event also has the dedicated support of the City of San Diego event as presenting sponsor and Challenged Athletes Foundation and the Foundation for Global Sports Development as Gold level sponsors.

The WASC classifies athletes into six groups based on the type and level of impairment. Each classification will feature an open gender division and a women’s division.

After the ISA’s success in including Surfing in the Tokyo 2020 Olympic Games in 2016, it has been a priority to see adaptive surfing included as well in the Paralympics.

While Para-Surfing has not currently been included in the sports program for the Paris 2024 Paralympics, the ISA is striving for inclusion in future editions of the Games, possibly as soon as Los Angeles 2028. 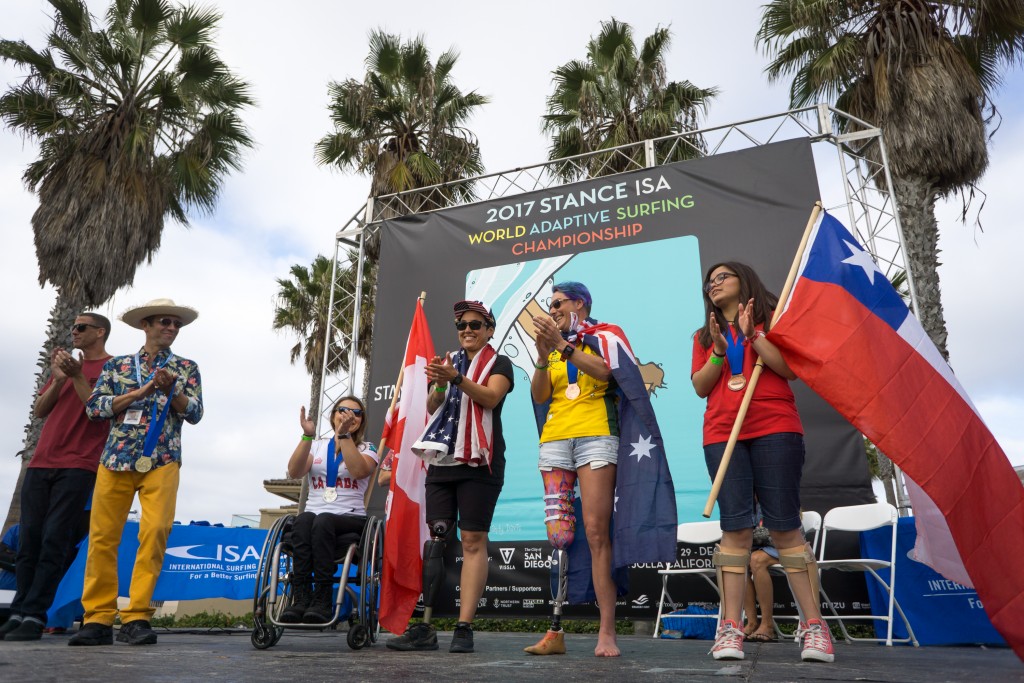 The Women’s AS-2 division accepts their medals in 2017, with USA’s Dani Burt taking the Gold. Photo: ISA / Sean Evans

The 2017 World Champions are as follows:

The ISA continued its commitment towards the development of adaptive surfing by holding its fourth annual ISA Adaptive Surfing Clinic on December 9 in San Diego.

Kicking off the week of festivities, the goals of the clinic were to promote participation at all levels in the sport and to introduce the healing qualities of surfing and the ocean to surfers with physical challenges. 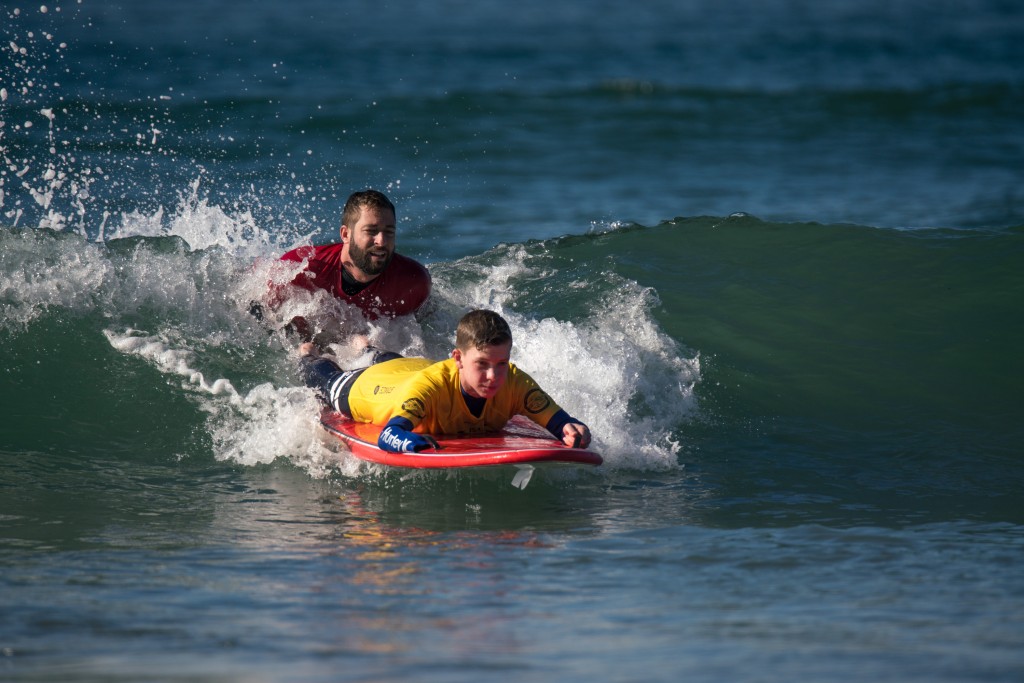